Lisa Wiltse - The Charcol Kids of Ulingan Thousands of urban slum dwellers, in the Ulingan community in the Philippines capital of Manila, live amid filth and swirls of toxic smoke as they eke out a living making charcoal from wood scavenged from nearby garbage dumps and construction sites. The smell of the dense sea, burning charcoal, and decaying waste combined greets one at the mouth of the village, foreshadowing what is to be a more extreme condition within the community. The conditions of slums near Manila Bay are unhealthy enough—the Ulingans live next to a rubbish dump. But the rudimentary process of making charcoal in open pits exposes the squatters to harmful emissions such as carbon monoxide, nitrous oxide, and soot, as well as chemicals when burning treated wood. The result is a myriad of respiratory illnesses and heart disease. Estimates suggest that 60% of the population has tuberculosis while other lung problems and water-borne diseases are commonplace. The children work without protective masks, gloves, or boots. Some are naked. They work and play in thick toxic smoke, dragging soggy scraps of wood to burn and scavenge for nails and other bits for small payments. Ulingan itself is riddled with rotting food, clothes, magazines, stuffed animals, sharp and dangerous wires and metals, and anything else imaginable. Groups of children scour areas of ash and soot searching for lucrative metal left exposed by continual burn off. Makeshift shelters constructed from tarpaulin and plastic are strewn across the landscape. More than 2.7 billion people worldwide cook on wood, charcoal, dung, coal, or agricultural residues on simple traditional stoves or open fires, and 1.4 billion have no access to electricity at all. The vast majority of the world's energy-poor people live in Asia and the Pacific islands. 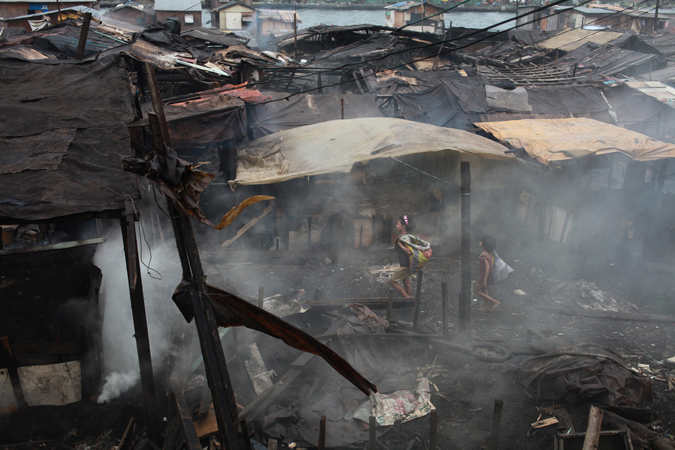 Sisters Christina and Crissa head to work in the charcoal pits. The impoverished community of Ulingan, a small squatter community in Vitas, Tondo, Manila, Philippines relies on the charcoal industry to survive. 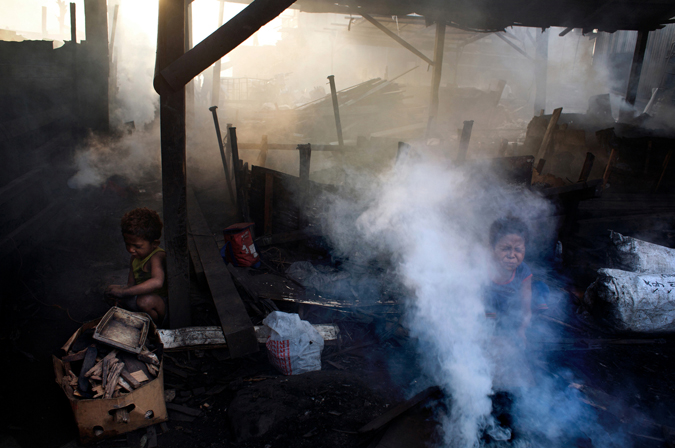 Enrique and his friend collect wood for charcoal production in the heavy, toxic fumes in Ulingan, in the slums of a squatter community in the North Harbor of Manila, where families work as Ulingeros, or charcoal workers. Many of the workers in Ulingan are small children. Some are teenagers and a few were even as young as six or seven, unable to attend school because of poverty. 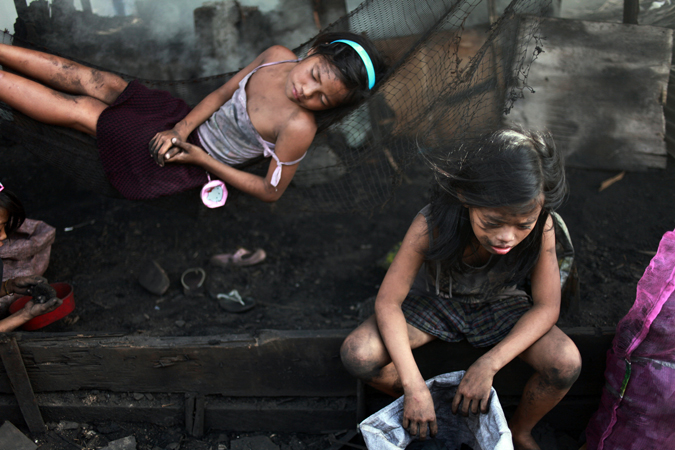 Precious and Valerie resting after working in the charcoal pits collecting small bits of wood to sell to the corner shop. 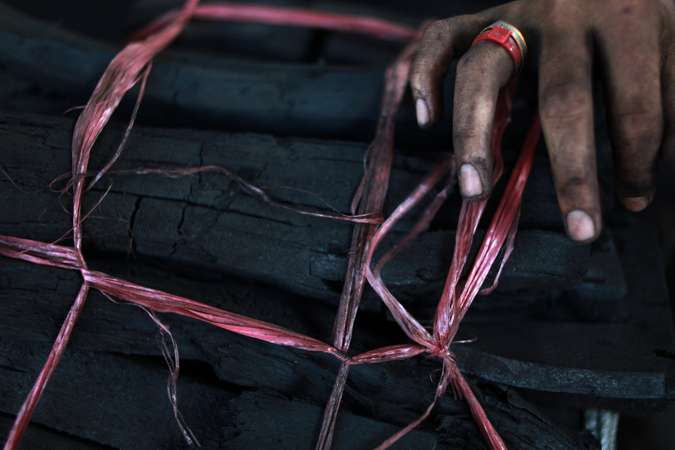 A child rests her hand on freshly made charcoal after searching for leftover scraps of wood and nails to sell. 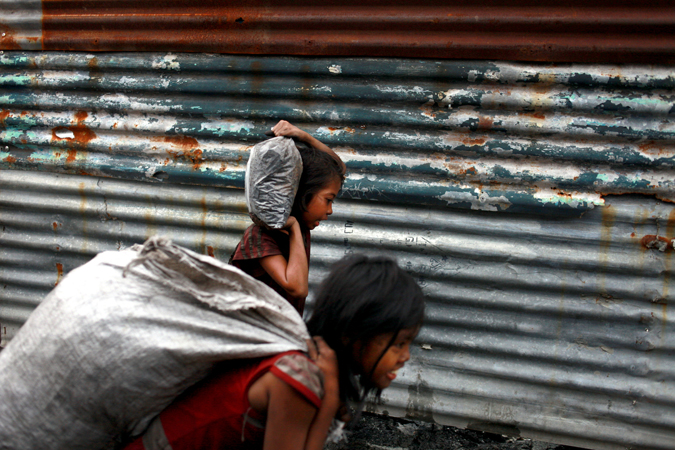 Ulingeros Crissa and Christine carrying up to 12 kg of scraps and charcoal to sell for a few pesos. 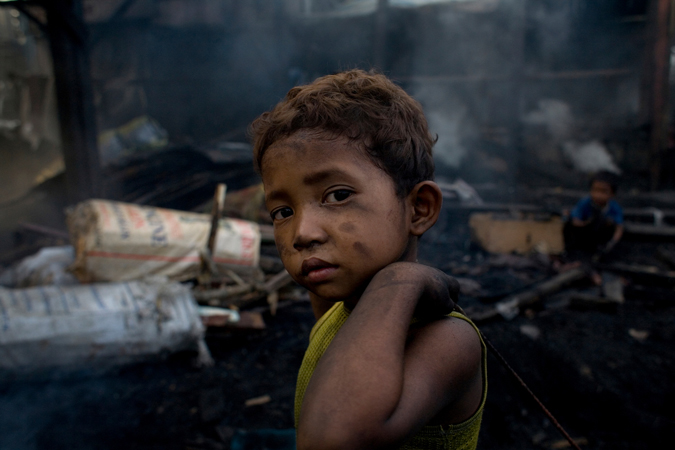 Portrait of Enrique in the Charcoal burning camp of Ulingan, in Vitas, Tondo, Manila. 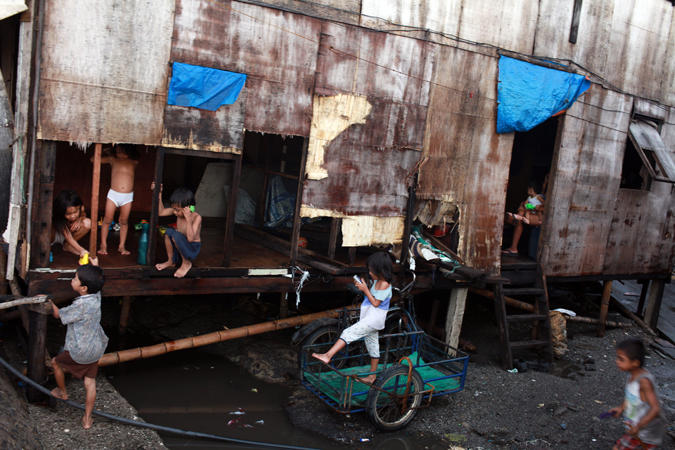 Children play in empty houses that were heavily damaged by Typhoon Pedring in Ulingan. 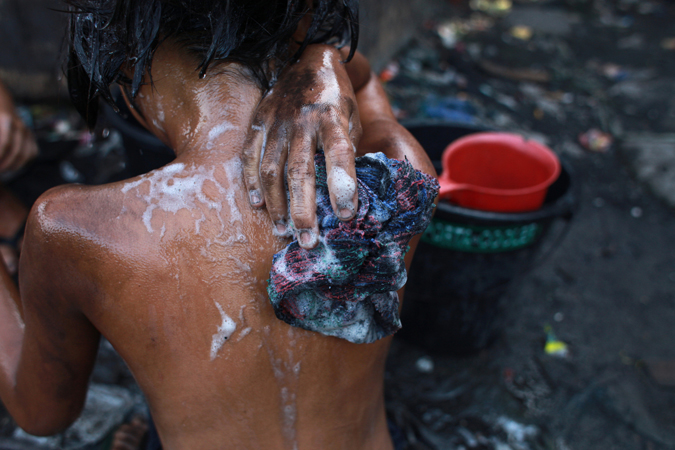 C washes the soot and charcoal off her body after a days work in the charcoal pits. Christine and her sister do not attend school and must work everyday to provide for their family. 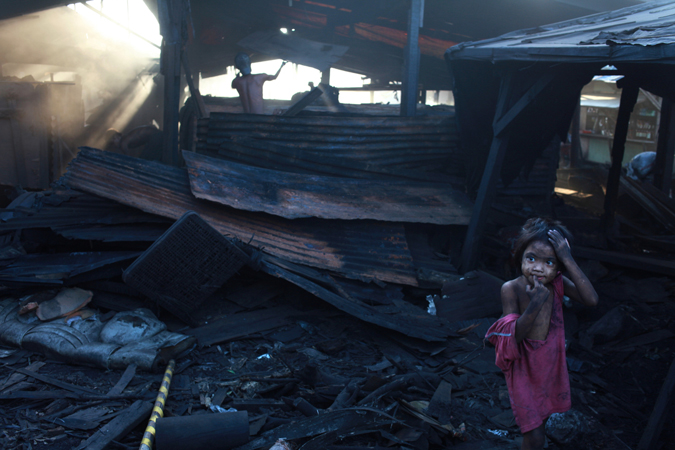 Ate stands in the charcoal pits of Ulingan. 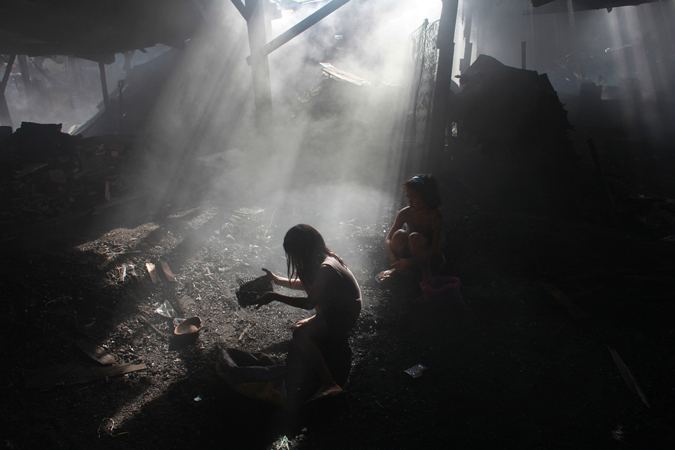 A young girl at work searching for nails in the toxic charcoal pits to earn a few pesos in the slums of a squatter community in the North Harbour of Manila, where families work as Ulingeros, or charcoal workers. 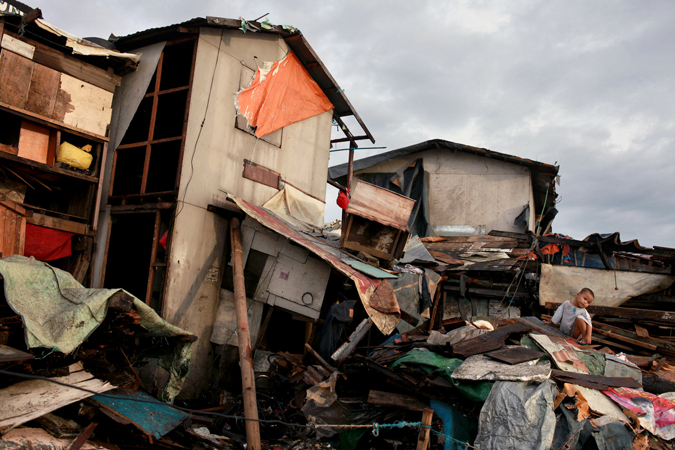 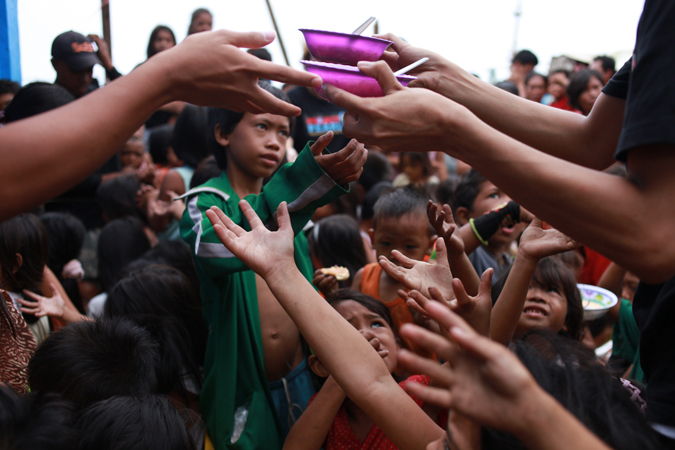 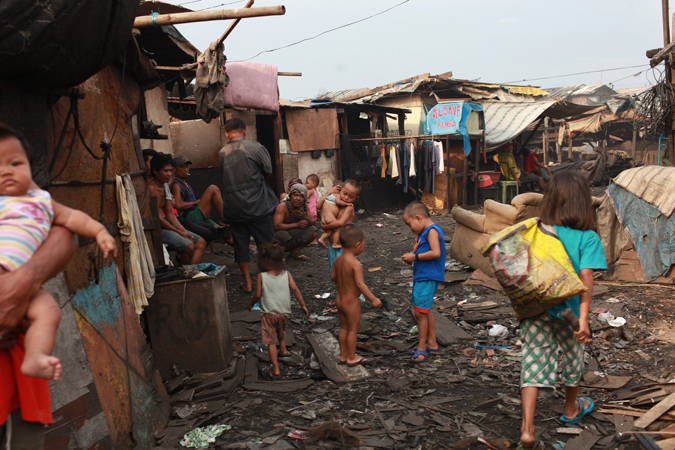 The slums of a squatter community in the North Harbour of Manila, where families work as Ulingeros, or charcoal workers. 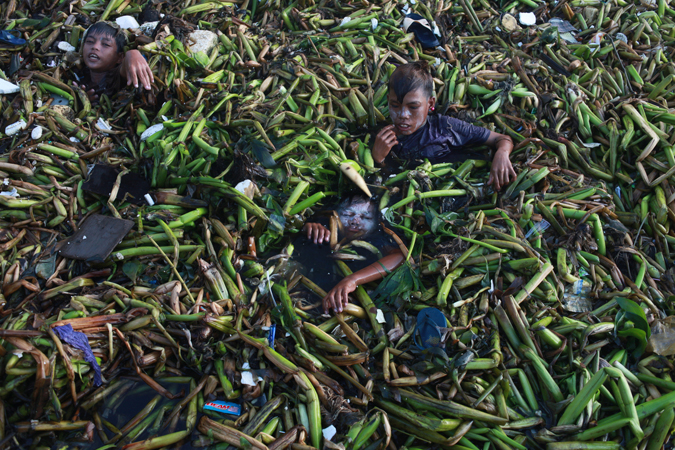 Boys from the squatter community of Ulingan swimming in effluent waters of the Pasig river in Manila Bay, Philppines. 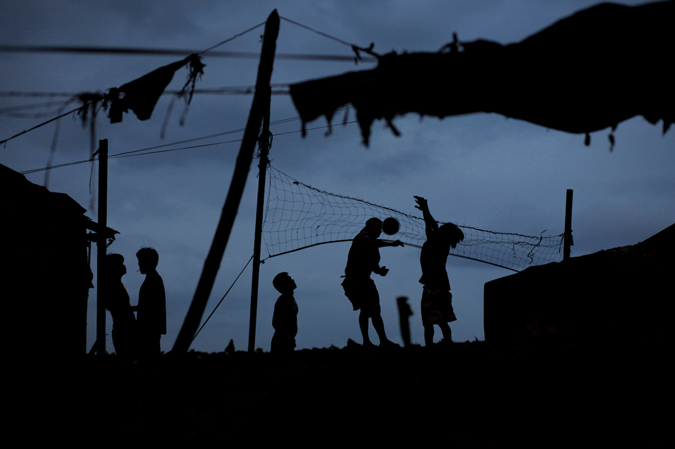 Young Filipinos pass the time playing volleyball in the slums of Ulingan.