Established in 2020 in Montpellier, France the FotoEvidence Association works at the intersection of human rights and photography through the FotoEvidence Book Award and the FotoEvidence W Award for a woman photographer. The organization aims to expand and support the work of FotoEvidence, a publishing house established in 2010, dedicated to documentary photography focused on human rights and social and ecological justice. Originally based in Brooklyn, New York, FotoEvidence now operates from the village of Marseillan in Herault, France. Our mission is to draw attention to injustice, oppression and assaults on human dignity through the lens of photographers working in this humanistic tradition. FotoEvidence books focus on the most pressing social and environmental justice issues of our time—from genocide to global warming. They are published to inspire social change, to expose injustice, to create enduring evidence and call for accountability. FotoEvidence publishes the work of the award winners in high-quality, hardbound photo books. The FotoEvidence Book Award winner and two finalists are exhibited at the FotoEvidence Book Award exhibit at the Bronx Documentary Center in New York, and at the International Month of Photojournalism Festival in Padua, Italy, as well as other venues depending on the photographer and the issue addressed. Images alone will not change the world, so the FotoEvidence Association often collaborates with advocacy organizations whose participation increases the impact of the photography. FotoEvidence has worked with Human Rights Watch, Amnesty International, Fortify Rights, The Pulitzer Center on Crisis Reporting, ChildFund Australia, World Vision and several other international NGOs working on children’s health, women’s rights, indigenous rights and human rights in general. The FotoEvidence Association is located in France, 1 Rue du Merlan, Marseillan, 34340 (SIREN: 910871714). In the United States, the VII Foundation serves as its fiscal sponsor. US tax deductible contributions can be sent to the VII Foundation indicating that it is intended for FotoEvidence. VII Foundation, 429 W 45th St, New York, NY 10036 USA (EIN: 510427657). BOARD OF DIRECTORS AND ADVISORY BOARD MEMBERS - Co-Presidents: Keyvan Ghavami and Darcy Padilla - Treasurer- Elitza Goudemand - Secretary: Alain Doudies - Peter Bouckaert - Bertan Selim - Aida Muluneh - Finbarr O'Reilly - David Stuart Advisory Board: Dimitri Beck, Maral Deghati, James Whitlow Delano, Alice Driver, Tanya Habjouqa, Mike Kamber, Regina Monfort and Hadezhda Pavlova. BIOS PARTNERS The FotoEvidence Association maintains partnerships with the Bronx Documentary Center in New York, and the International Month of Photojournalism Festival (IMP), Padua, Italy where it mounts an annual exhibit for the Book or W Award winner. As the association develops, we will be seeking corporate partners to help us fund future books and exhibit projects. For more information please contact info@fotoevidence.com

FotoEvidence Book Award exhibit, presenting the winner of 2015 Marcus Bleasdale with his book The Unravelling at the Bronx Documentary Center in New York.

FotoEvidence Press was founded in 2010 by Svetlana Bachevanova and David Stuart to continue the tradition of using photography to draw attention to human rights violations, injustice, oppression and assaults on human dignity wherever they may occur. Photographs have not only changed people’s perception but, in some cases, altered the course of history. For ten years, the FotoEvidence Book Award recognized one photographer whose work demonstrates courage and commitment in the pursuit of social and ecological justice. The selected by international jury project is published by FotoEvidence as part of a series of photo books dedicated to the work of photographers, whose commitment and courage deliver truths, creating awareness and intolerance towards violations of human dignity. In 2018 FotoEvidence launched The W Award, devoted to engaged women photographers who want to tell their stories in the form of a photo book. At this moment, women around the world are seeking equal rights and equal opportunity. The FotoEvidence W Award for Personal Story will suppot this movement. It will be granted by an international jury to one woman whose work merits a book. The hardbound book is be published by FotoEvidence. Two other photographers will receive honorable mentions. Past recipients of the FotoEvidence Book Award include: Javier Arceniilas for “Sicarios: Latin American Assassins”, Alex Masi for “Bhopal: Second Disaster,” Robin Hammond for “Condemned: Mental Health in African Countries in Crisis”, Majid Saeedi for “Life in War", Marcus Bleasdale for "The Unravelling" ,Daniella Zalcman for "Signs of Your Identity", Josue Rivas for "Standing Strong", Patrick Brown with "No Place on Earth" , Antonio Faccilongo with "Habibi" and the collective Covid Latam with "Red Flag".

In addition to publishing the winner of the FotoEvidence Book Award, FotoEvidence has worked with several ﬁnalists to crowd fund the publication of a book of their work. As a result of these collaborations, FotoEvidence has published The Phoenician Collapse by Diego Ibarra Sanchez, We Cry in Silence by Smita Sharma, He Threw Tha Last Punch Too Hard by Hannah Kozak, Crying Meri: Violence Against Women in Papua New Guinea by Vlad Sokhin, Urban Cave by Andrea Star Reese, Destino by Michelle Frankfurter and Occupied Pleasures by Tanya Habjouqa, Endurance by Omar Havana, This is My Country by Ingetje Tadros, The Dream by Fabio Bucciarelli, Talibes Modern Day Slaves by Mario Cruz, and the English ediiton of 46750 by Joao Pina. FotoEvidence also pioneered in the publication of digital photo books. When in 2011 FotoEvidence published Bronx Boys by Stephen Shames, Paul Moakley at TIME Magazine called it, “one of the ﬁrst true digital photo-monographs that can be downloaded to your computer.” (Time.com, August 16, 2011). Since then FotoEvidence has published a series of digital photo books available through the iTunes bookstore.

The design of the FotoEvidence web site was made possible with a grant from the The Sigrid Rausing Trust. 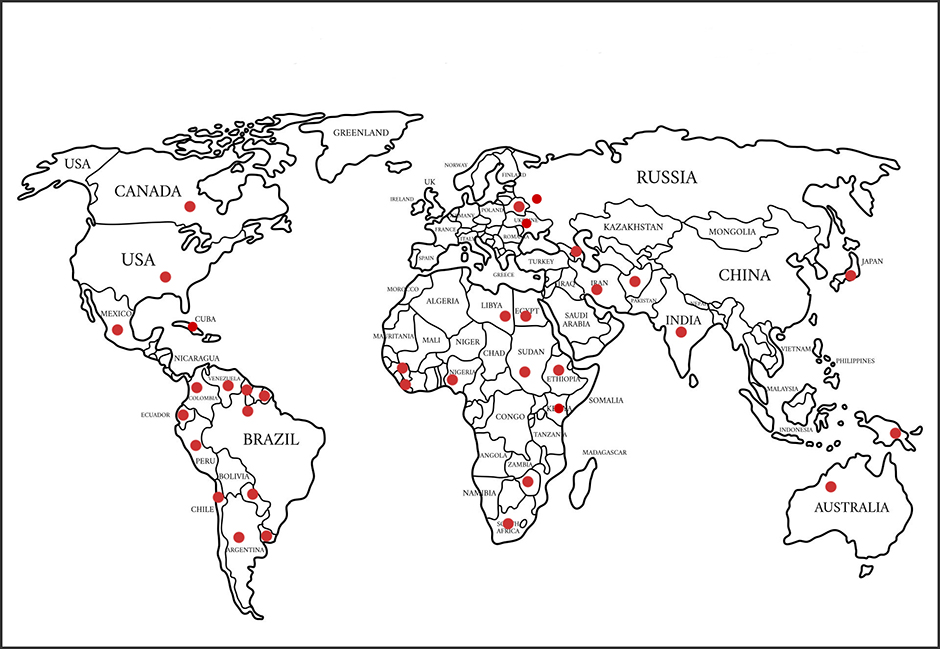 Every red dot represents a place where a story of injustice has been told uncensored by FotoEvidence.

Crying Meri by Vlad Sokhin After publication as a FotoEvidence book award finalist, Vlad Sokhin was contacted by the United Nations Commiionser of Human Rights (UNOHCHR) reqiuesting to use his photographs in a public education campaigns by the Untied Nations in Papua New Guinea (PNG). This campaign was joined by UN Women, Amnesty Internationa, ChildFund Austrailal and several othe NGOs working in Papua New Guinea. Sokhin's images were used in borchures, exhibits and even carried in demonstrations. FotoEvidence crowdfunded Sokhins book, reaching approximately 35,000 individuals. International attention and a public outcry by concerned citizens brought a response. Sokhins book release happended in the Parliament House of PNG with the Prime Minister in attendence. The parliament passed nation's first law prohibiting domestic violence that year and soon eliminated a law that forgave violence against "sorcerers." The 2016 FotoEvidence Book Award finalist Mario Cruz has also seen his work Talibes Modern Day Slaves provoke and immediate response from the government of Senegal. Cruz gained rare access to false Quaranic schools (daaras) in Senegal where a valid educational tradition has been corrupted, leaving boys in the hands of exploitative teachers (mahouds) who forced them to beg on the street eight hours a day to support the teacher. Cruz captured powerful and disturbing photographs of the lives of young boys subjected to slave-like conditions. We published Talibes Modern Day Slaves on our website and he received recognition from World Press Photo, who exhibited his work in their traveling exhibit. In June, shortly after “Talibes Modern Day Slaves” came off the press, the President of Senegal, Macky Sali, ordered the registration of all daaras in Senegal, and effort to distinguish legitimate schools from exploitative ones. He also order the police to identify and assist boys begging on the streets and to close the schools that sent them out to beg. The government also used Cruz’s photographs in a public education brochure alerting the public to the issue and encouraging them to report beggars and help identify illegitimate daaras. The photographers and works published by FotoEvidence have been recognized with many other awards, including: multiple World Press Photo Awards, the W. Eugene Smith Grant in Humanistic photography, the Visa Pour ['Image- Remi Ochlik Award, the Robert R Kennedy Photojournalism Award, Picture of the Year International, the National Press Photographers Association Award, World Understanding Award, and the Magnum Foundation Emergency Fund grant. A Light Inside by Danielle Villasana inspired the medical community in Lima, Peru to create a consultation center dedicated to the treatment of trans women. 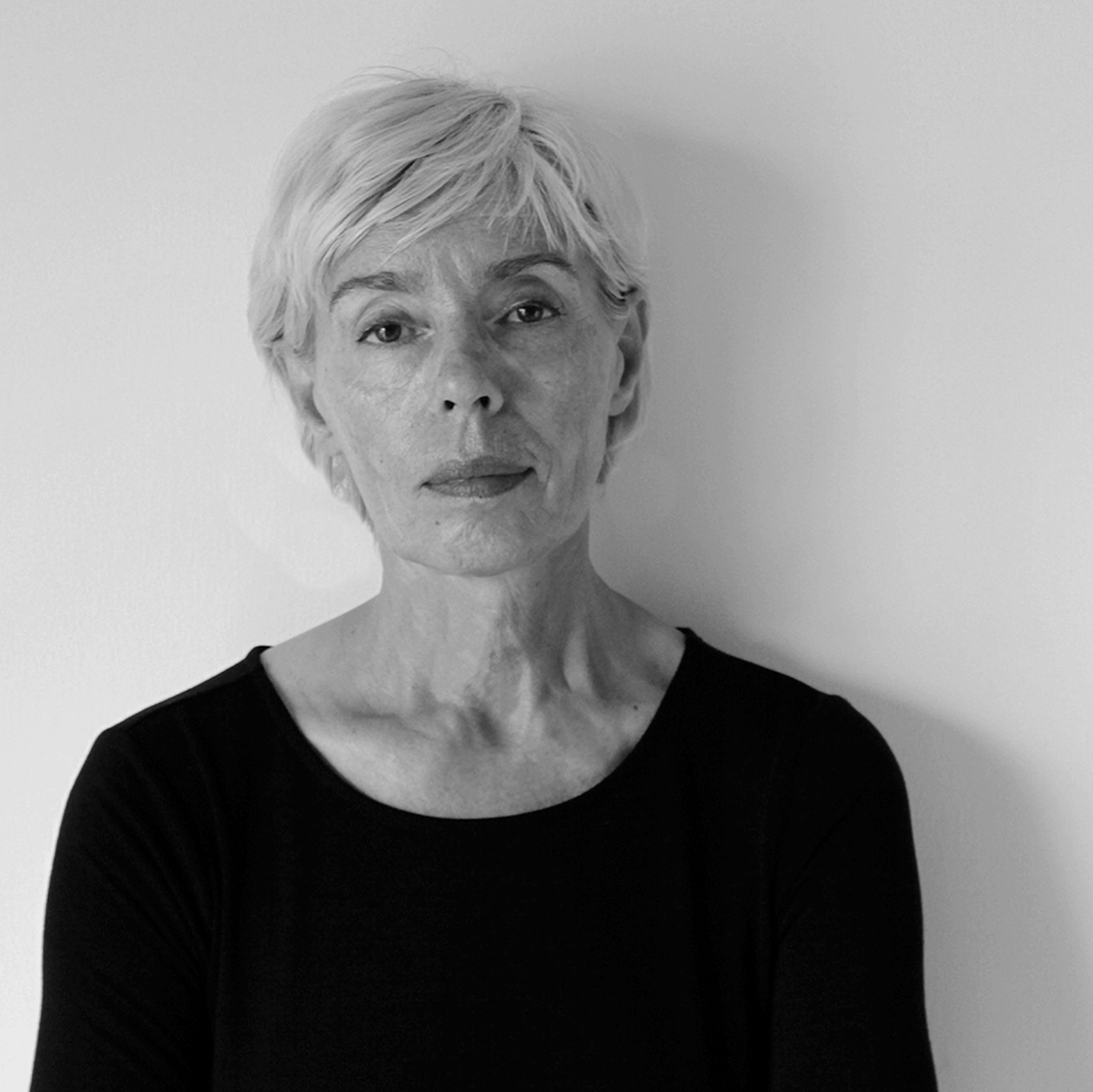 Svetlana Bachevanova is the executive director of the FotoEvidence Association. She is a Bulgarian American photojournalist and a co-founder FotoEvidence Press (2010, New York). The books she and her team publish expose injustice, create enduring evidence of violations of human rights and inspire social change. Svetlana has worked with some of the most skilled and dedicated documentary photographers to publish their work, human stories recounting indisputable evidence of social injustice. In addition to managing the publication of books, FotoEvidence exhibits she curated have been mounted around the world to promote justice. Svetlana conceived the FotoEvidence Book Award and the FotoEvidence W Award to support the work of photographers dedicated to the pursuit of human rights, publishing work that is unlikely to find commercial publication. Under her management FotoEvidence has occupied a unique space in the world of photojournalism as both a publishing house and activist organization. Svetlana's life as a photojournalist and human rights activist started underground at the first anticommunist newspaper in Bulgaria (1988). Today she is leading an organizations that supports photographers like her and her former colleagues, who bring light to dark places and move people to action. 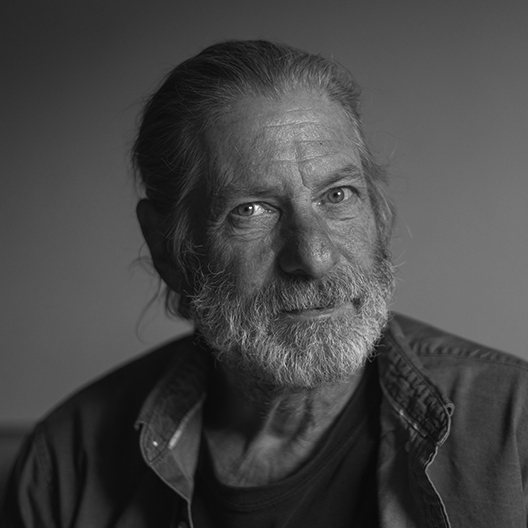 David Stuart is a sociologist with a dedication to human rights that began as a teenager at the United Nations International School in New York. In a previous incarnation, he was a founder of the Freelance Players (now Rehearsal for Life) an educational theater organization in Boston. As the Executive Director of the Disarmament Action Network, he spent six years working with over 100 organizations to mobilize opposition to US military and foreign policy. He spent eight years with the Boston College Media Research and Action Project, designing and analyzing research on the mass media and political discourse and consulting to social movement groups. During this period he helped initiate United for a Fair Economy, an organization focused on income inequality. He has managed political campaigns and worked as a consultant to business, social movement and non-profit organizations. 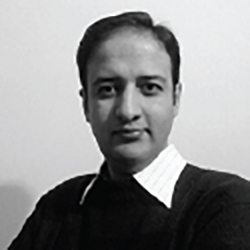 Compiled built, and deployed in Islamabad, Nabeel has been field tested for over half a decade now with state of the art tools and technologies. His once lowly performance enjoyed rapid upgrades at National University, where he extended on his base OS to understand Software Engineering in particular and Computer Science in general. After beta testing in startup market, Nabeel found his way as technology consultant for over a year now where he plays active role in establishing enterprise applications. Now a days you would find him orchestrating development activities.