Michelle Franfurter - DestinoDestino, meaning “destination” or “destiny” in Spanish tells the story of undocumented Central American migrants and the perilous journey by freight train across Mexico as they attempt to enter the United States in pursuit of a better life. In documenting a journey both concrete and figurative, I convey the experience of individuals who struggle to control their own destiny when confronted by extreme circumstances. Destino is both a social commentary on one of the biggest global issues of our times and an epic adventure tale. It conveys the experience of a generation of exiles traveling across a landscape that has become increasingly dangerous, heading towards a precarious future as a last resort. The unprecedented wave of Central American migration began a full century after Mexican immigration to the U.S., the consequence of bloody civil wars, US cold war intervention and crippling international trade policies. Such conflicts left a legacy of drug and gang related violence, rampant domestic abuse and unrelenting poverty. Despite an economic recession, growing anti-immigrant sentiment, and harsh legislation in the United States, Central American migration continues.Lacking representation, undocumented immigrants make convenient scapegoats during a period of economic uncertainty. My aim is to create images that take the viewer beyond what is expected and humanize the individuals behind this polarizing debate in order to direct attention to the underlying causes behind this migration. 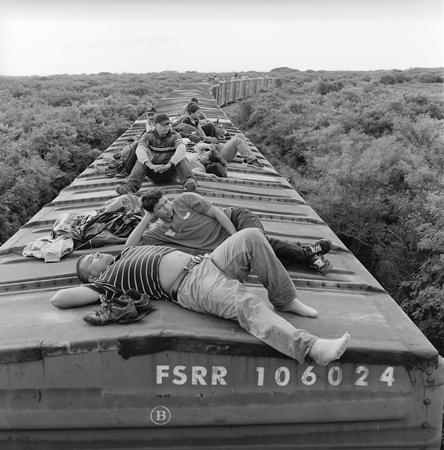 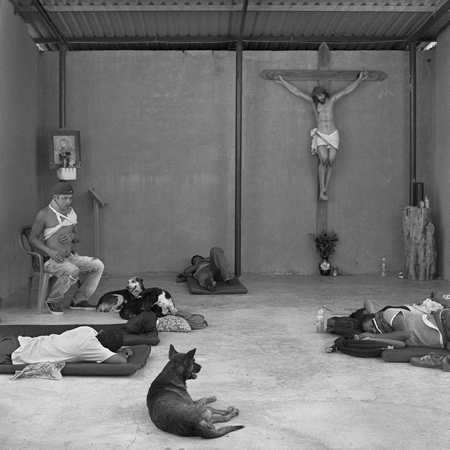 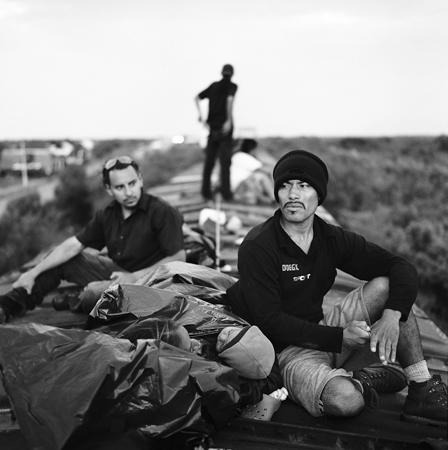 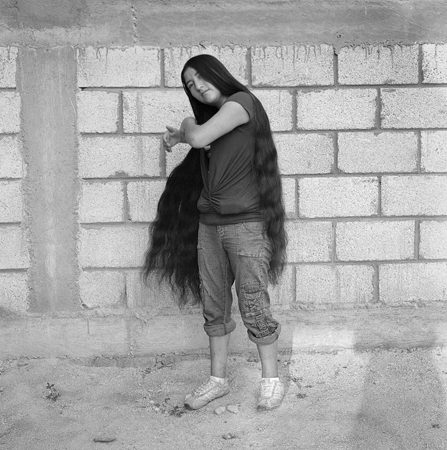 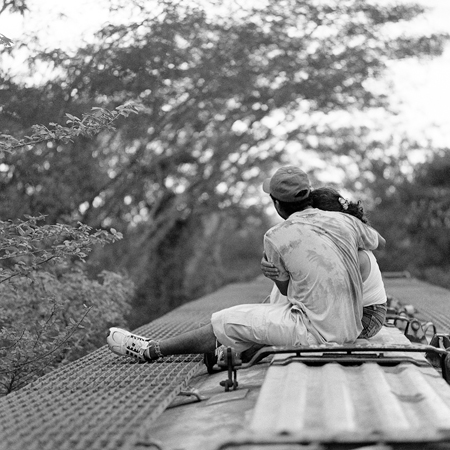 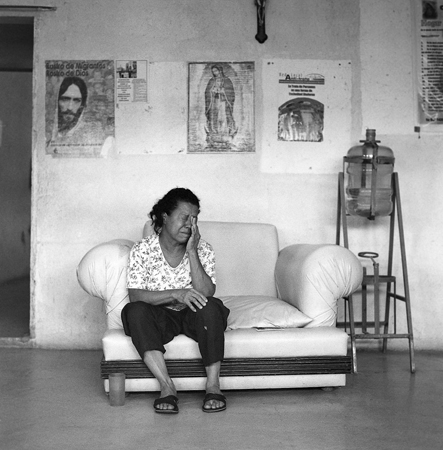 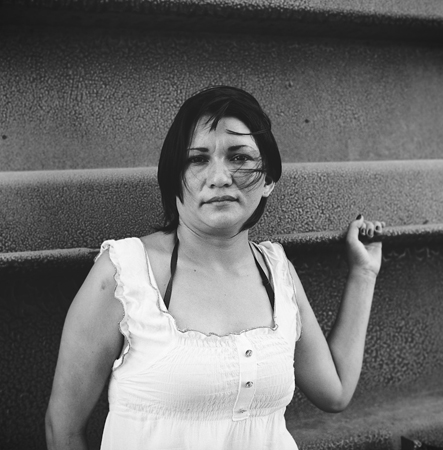 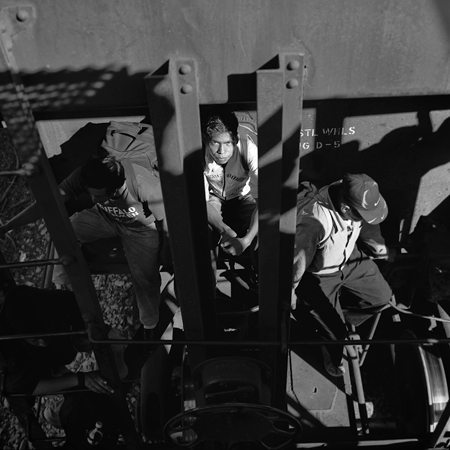 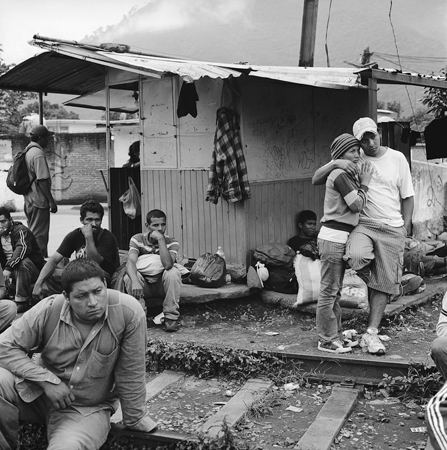 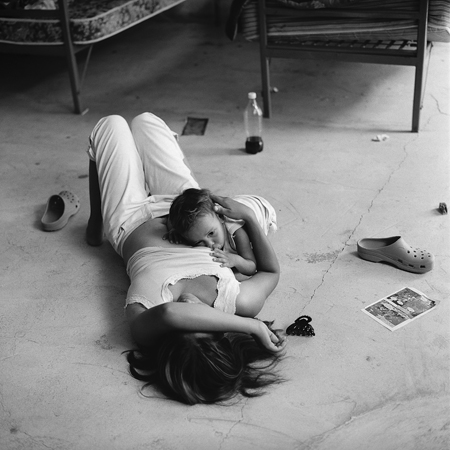 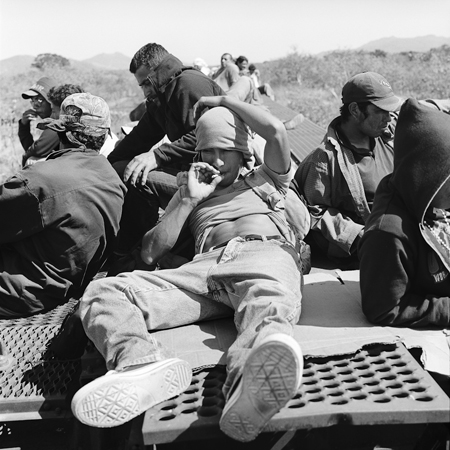 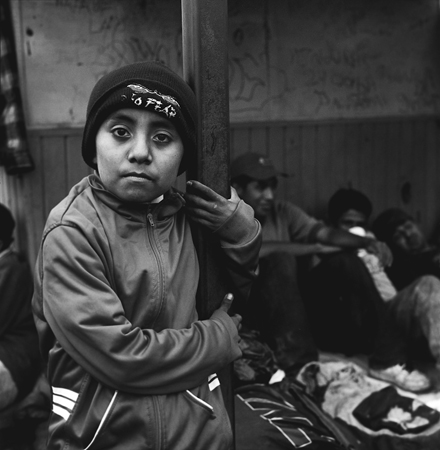 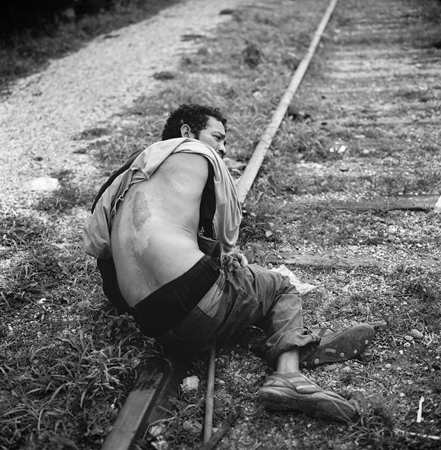 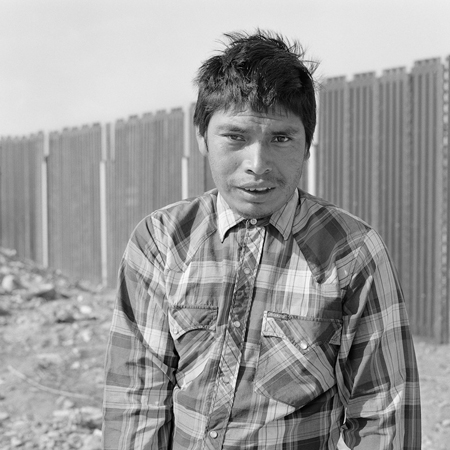