Valeri Bispuri - EncerradosI spent 10 years traveling to South American jails: a different and complex world in which violence and abuse are part of convicts’ lives.  I saw how the convicts try to find a space similar to the one they had outside jails. They try to preserve their dignity. Jails are a reflection of society, a mirror of a country for both small problems and for big economic and social crises. The convicts need to recreate their own spaces as a way to defend themselves from these problems.They try hard to maintain their habits in overcrowded conditions at edge of humanity. Violence and power management inside the jails are direct consequences of these conditions.  Thus, for instance, in Brazil even if I got the permission for taking pictures, the jail director had to seek the approval of a “control” group who ran the prison. Some prisoners would defiantly show their knives. Those who are not armed become a kind of slave. In Santiago, Chile the convicts, irritated by such bad conditions, are used to fighting during their free time. The jails rules are the same as in life outside: those with more money and power take charge and run things. But life in jail is not only power games and fights. In daily life there is time for playing football, for talking, for joking and, for women, there are moments in which they dress up and put on makeup. The purpose of this work is not to denounce the situation in jails but to discover and tell what joins and what separates the South America countries.I visited 74 male and female jails in Ecuador, Peru, Bolivia, Argentina, Chile, Uruguay, Brazil, Colombia e Venezuela. I got in contact with prisoners and guards, with fear and anger, with hope and diffidence. Some convicts considered me a distraction, others looked at me with envy, others again with contempt because they thought that I was there only for taking pictures to profit off their confined life.Every jail was a way to uncover the country from inside and outside. Even if everything seems to be just a reflex of violence, the contrast between life and violence belongs to one story line. This corresponds to the history of South America. 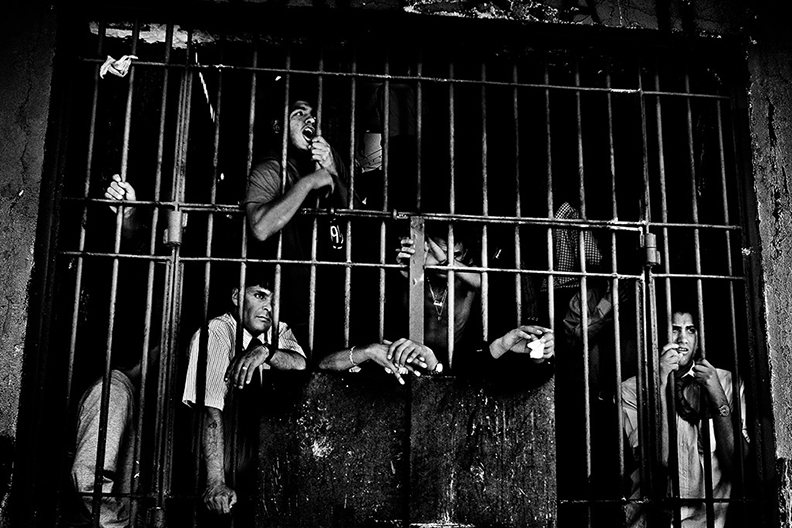 Santiago de Chile. Prisoners behind bars in Penitenceria prison, the oldest and an extremely overcrowded jail in South America. 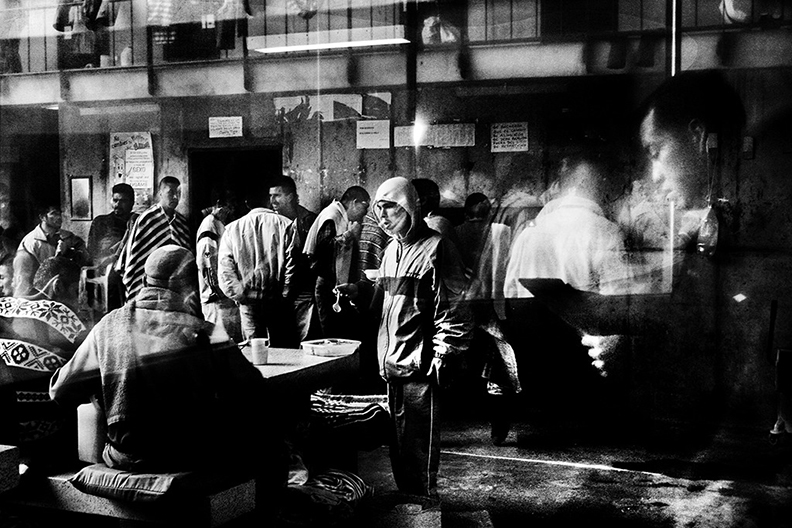 Bogota, Colombia. Former FARC members locked up in a maximum security prison. They are kept under close surveillance. 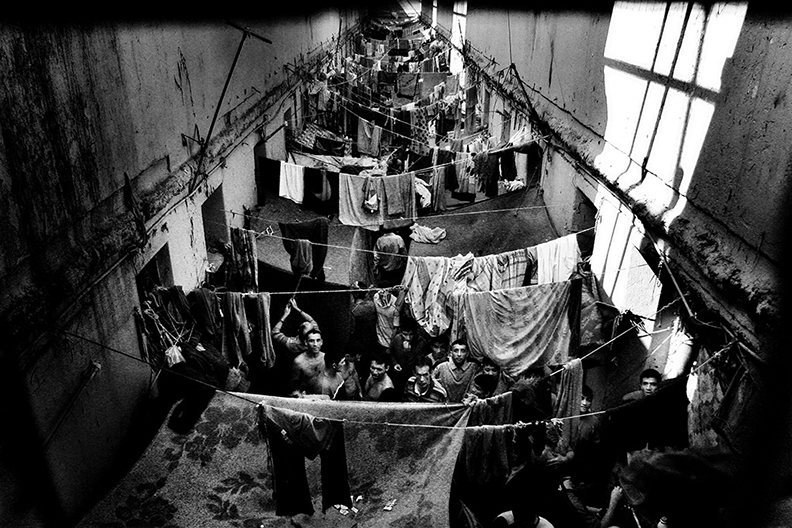 Santiago de Chile. One of the overcrowded halls of Penitenceria prison. This detention center houses about 6,500 inmates when its capacity is only 2,500. 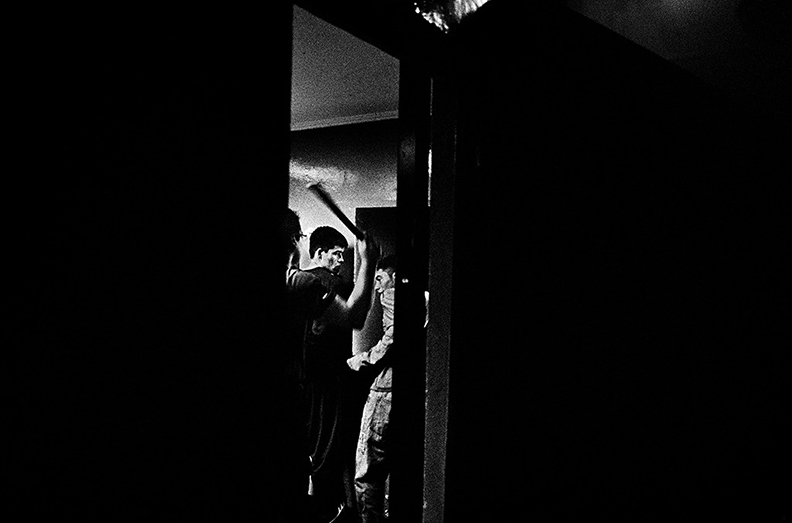 Santiago de Chile. A guard with his truncheon is beating an inmate who just entered the prison. 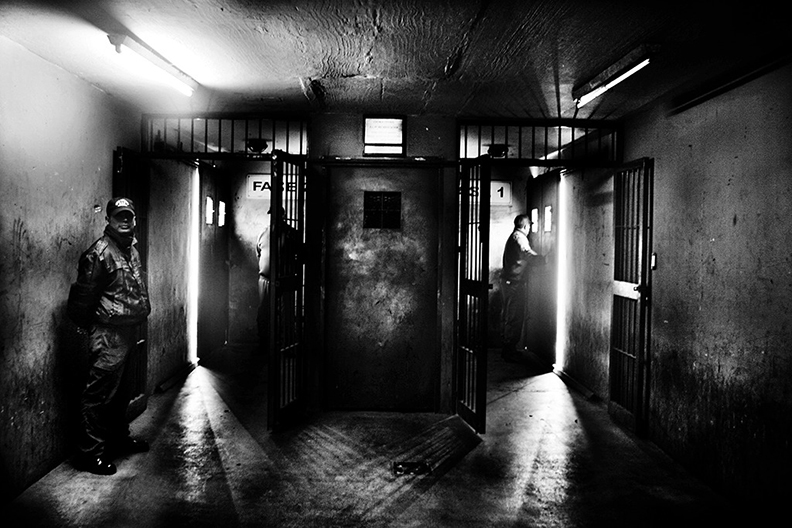 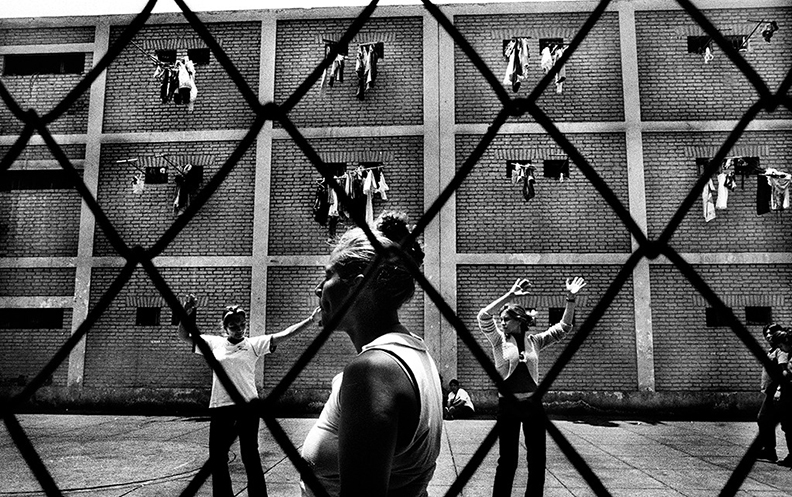 Lima, Peru. Female prisoners are dancing in the courtyard during their free hour. 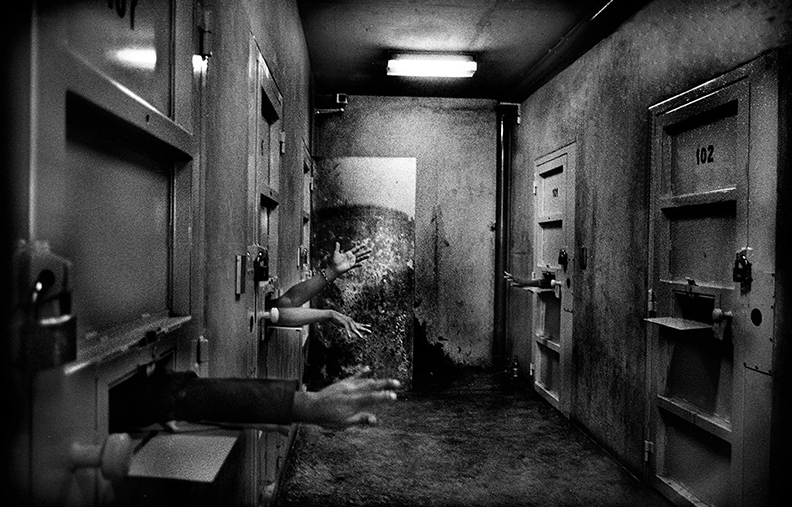 Lima, Peru. Prisoners in solitary confinement. If they committed great wrongs, they could stay there a month. 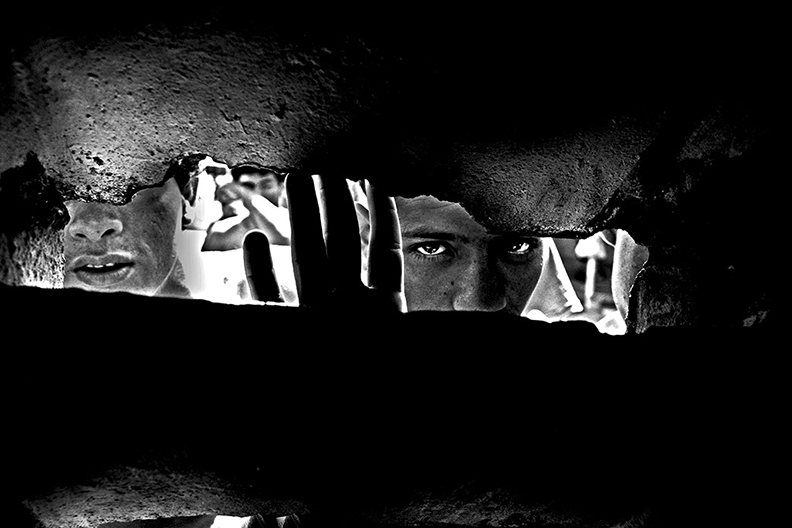 Caracas, Venezuela. The desperate look of a prisoner from a hole in the wall of the prison. 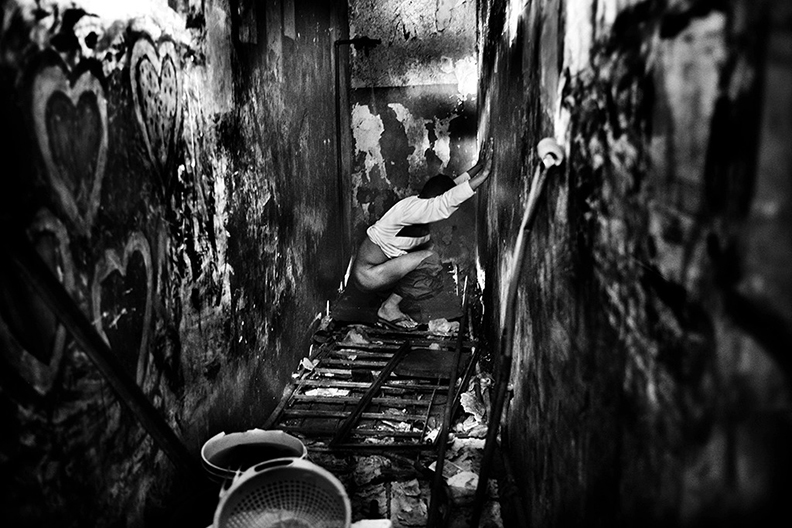 Caracas, Venezuela. An inmate in the prison's bathroom. 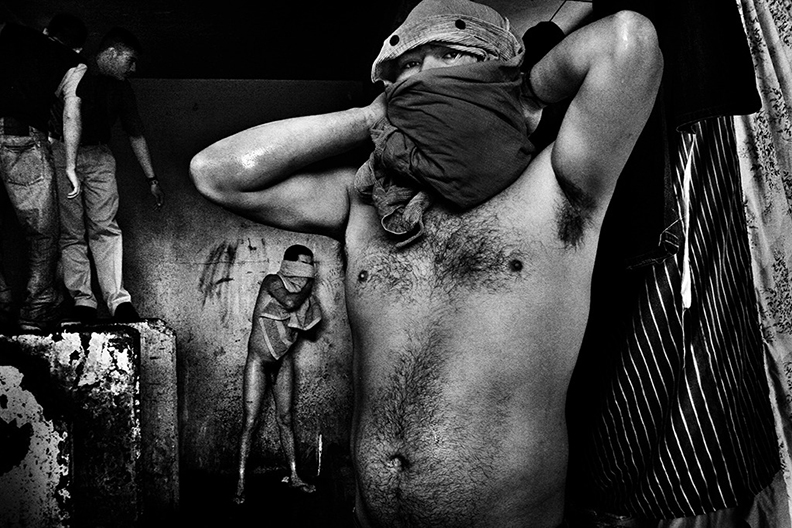 Santiago de Chile. Prisoners in the destroyed bathroom of Penetenceria. 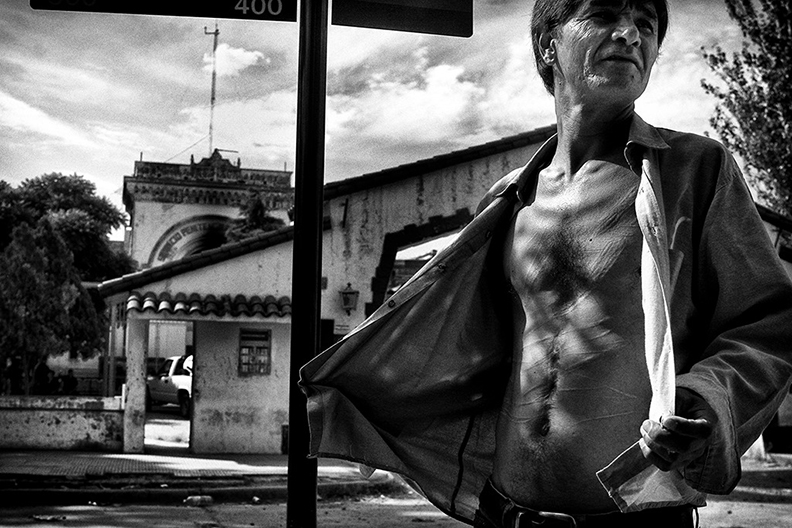 Cordoba, Argentina. A prisoner just released from prison after 20 years shows his scars. 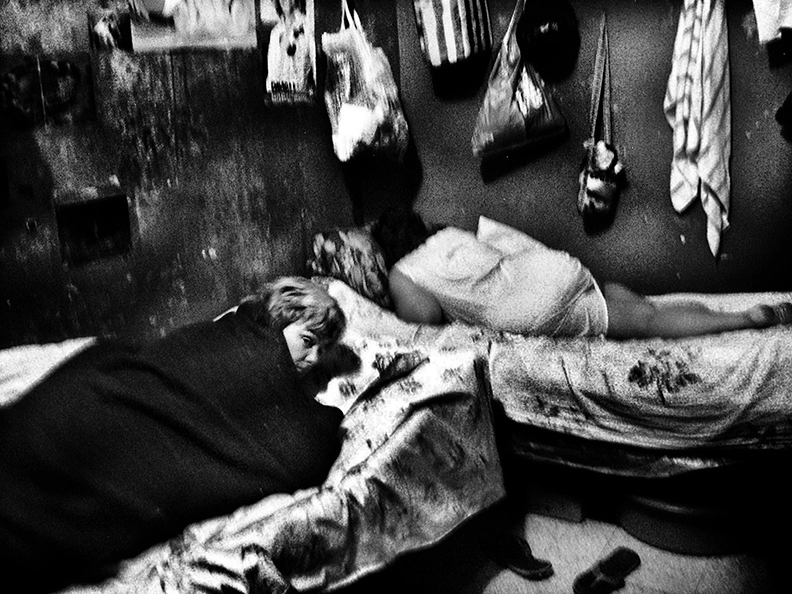 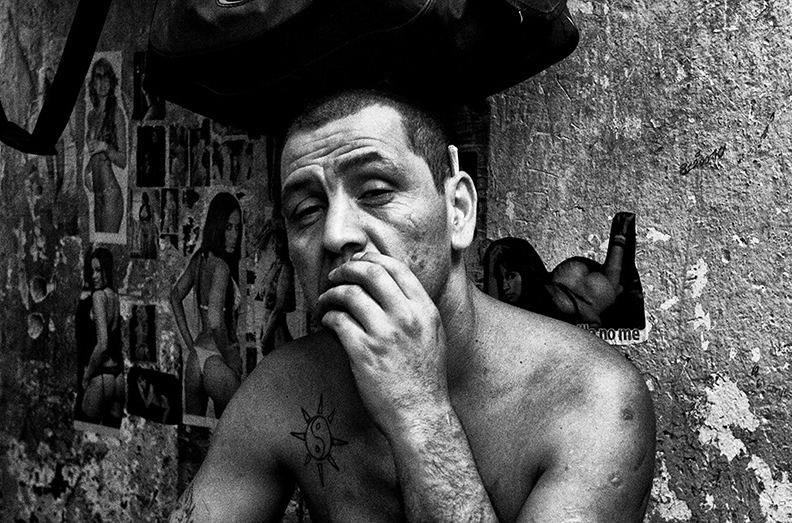 Santiago de Chile. Prisoner is smoking in his cell. 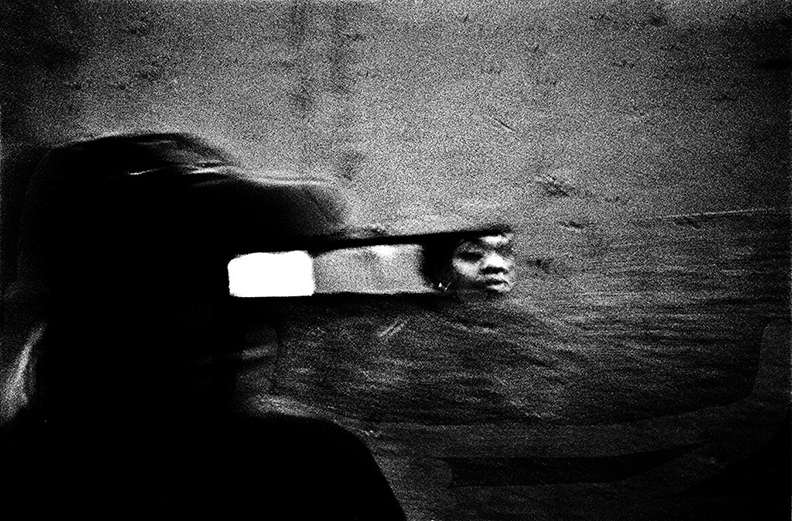 Rio de Janeiro, Brazil. A prison guard and an inmate in a female prison.