Lizzie Sadin - Juveniles Behind BarsThe way a nation state treats its prisoners can be a good indicator of the quality of the nation's democracy. More than a million children around the world are in custody without any recourse to lawyers specializing in juvenile affairs.The 1989 UN Convention on the Rights of the Child stipulates that no child shall be deprived of freedom in any unlawful or arbitrary way and that detention "shall be used only as a measure of last resort and for the shortest appropriate period of time".Still, numbers of prisons, penitentiary camps, penal colonies keep young detainees in not only repressive and arbitrary conditions, but also humiliating and inhumane: often held with adults or in overcrowded cells where they are subjected to violence, abuse, rackets, gangs, prostitution, promiscuity, malnutrition, without education or medical care.I wanted to show the juvenile justice in eleven different geopolitical countries: in peace and in conflict, in democratic and authoritarian regimes. I encountered enormous difficulties in getting authorizations during the eight years devoted to this project: eighteen months of procedure for only 90 minutes in avprison in Russia, three years in the US. I made requests to around sixty countries and visited sixty detention centers. 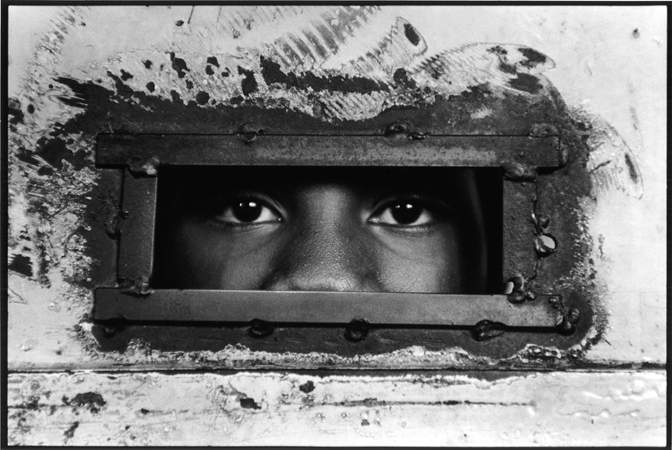 The gaze of a young 13 years old, imprisoned for aiding and abetting, imprisoned in a penitentiary prison in Salvatore de Bahia, Brazil. 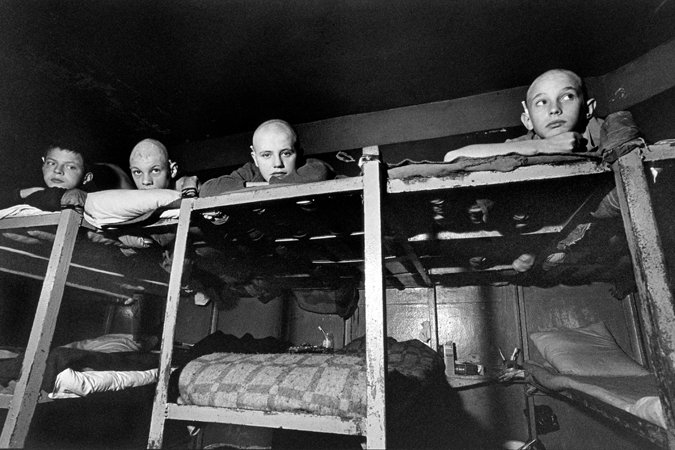 Lebedeva Remand Center, Juvenile Block, Saint Petersburg, Russia. The juveniles are locked up for 23 hours a day in medieval conditions, in the same cells as adults who impose a reign of terror. They have no proper supplies for food or hygiene, and no healthcare; aspirin is given to anyone suffering from TB or AIDS. Inmates are victims of rackets and violence, have no visits from relatives as they are a long way from home, and quite often are held for periods well above the normal sentence for their offences. 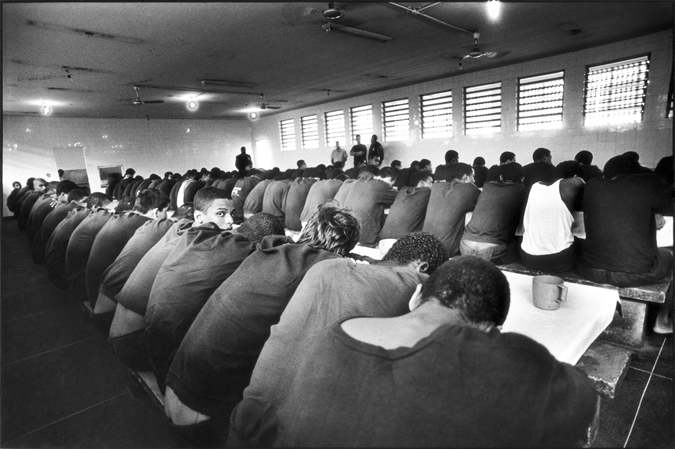 Instituto Padre Severino, Rio de Janeiro, Brazil, juvenile section. Meal time lasts ten minutes, in total silence and with heads down in this prison, which has a sad reputation for treatment inflicted on juveniles by guards who certainly look threatening. 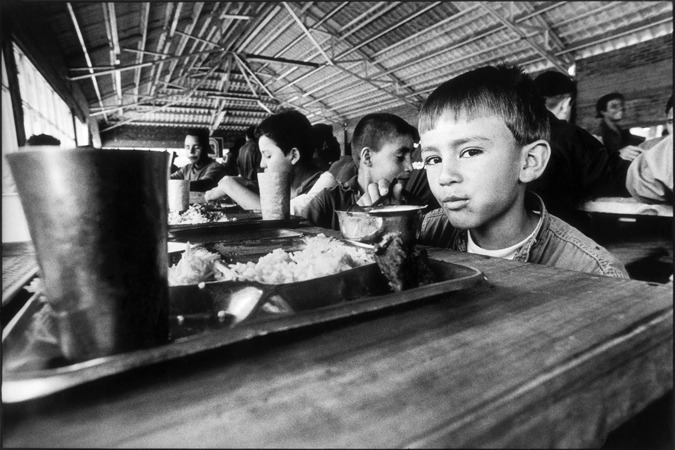 Luis Amigo Guidance Center, Cajica, Colombia. Meal time in this semi-enclosed center where juvenile offenders, often as young as the boy seen here, have a social support program. Instead of having punitive sentences, they are given educational objectives, learning to read and write, and having courses in carpentry or mechanics. They are offered real prospects for rehabilitation. 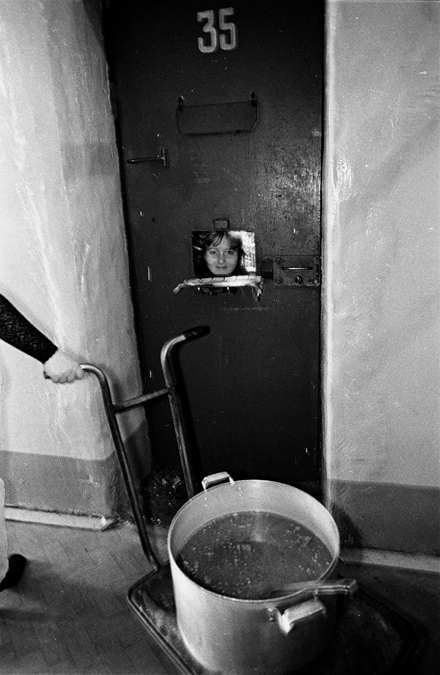 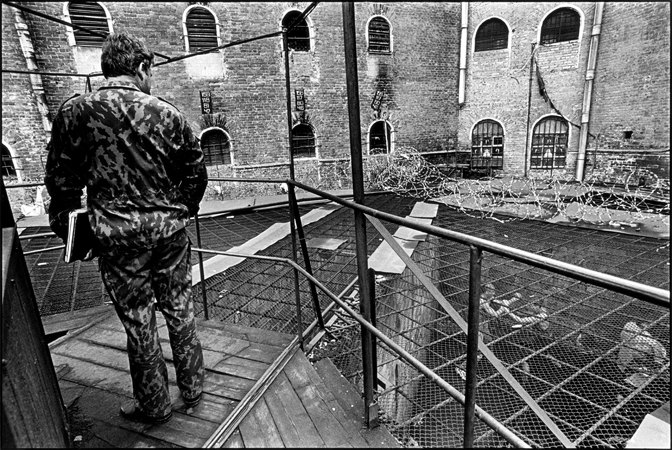 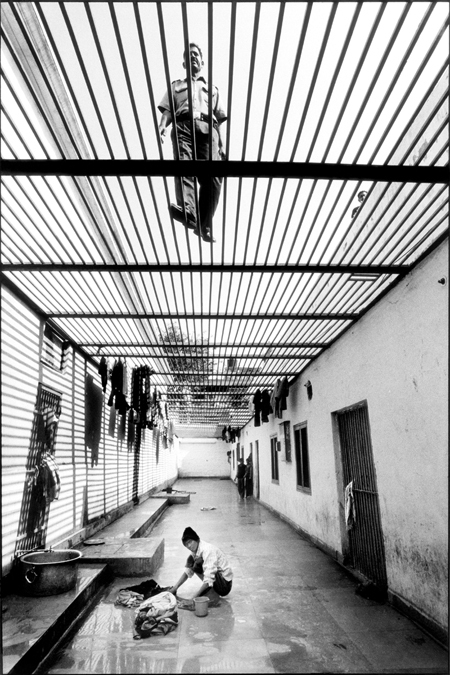 Children’s Observation Home No. 2, New Delhi, India. Inmates in this State-managed prison are locked up under very strict conditions. 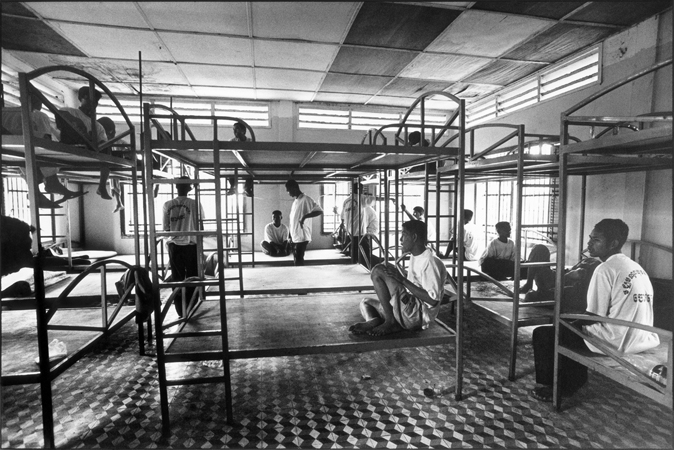 Enclosed juvenile rehabilitation center, Phnom Penh, Cambodia. In the cells, the juveniles sleep on wooden bunks with no mattresses. They are between 7 and 18 years old, and are brought in by the police for petty offenses such as stealing rice in the paddy-field or using drugs. They are held as a disciplinary measure and will not be given a court hearing. 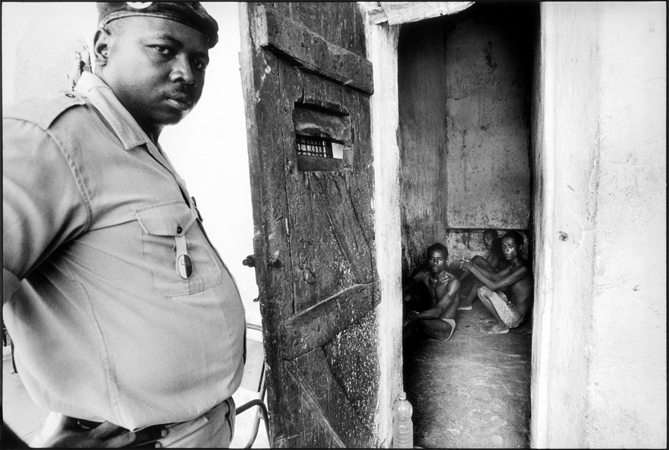 Diego Suarez Jail, Madagascar. These escapees, who were caught and charged with prison-breaking, have been locked up in this windowless cell measuring one meter by three (3 x 10 feet) and will spend a week in total darkness, with no visits. Up to twelve prisoners can be held in the cell where they cannot even stretch their legs. 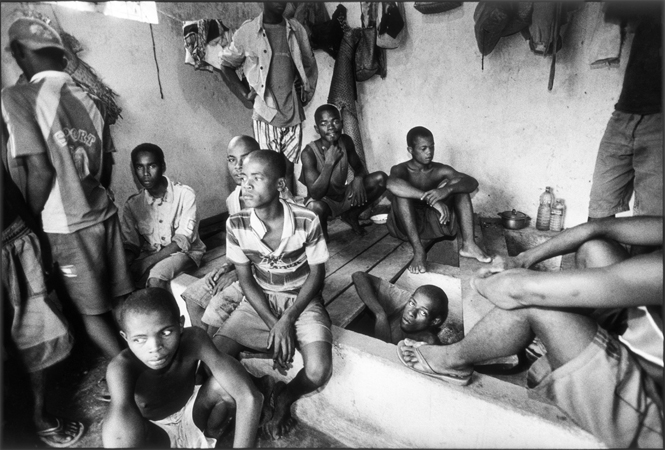 Ambanja Jail, Madagascar. This cell is 10m2 (110 square feet) and contains 20 juvenile offenders. The weakest ones have coffin-like sleeping quarters with no air, lying on the ground beneath the wooden floorboards where the stronger ones sleep. “Bed-bugs bite all night long and rats nibble at our fingers because our hands smell of food because we don’t have any soap.” 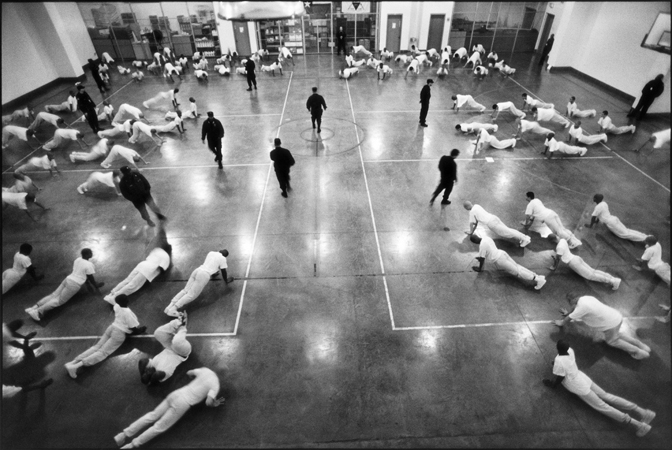 Delta Boot Camp, Katy, Texas, USA. Every morning, 90 juvenile inmates spend more than an hour doing exercises, mainly push-ups, obeying orders from the guards. They have to wait in position, then together they call out the name of the exercise and do a series of 25 movements in time to blasts on the whistle, without collapsing. The weaker ones can’t keep up. 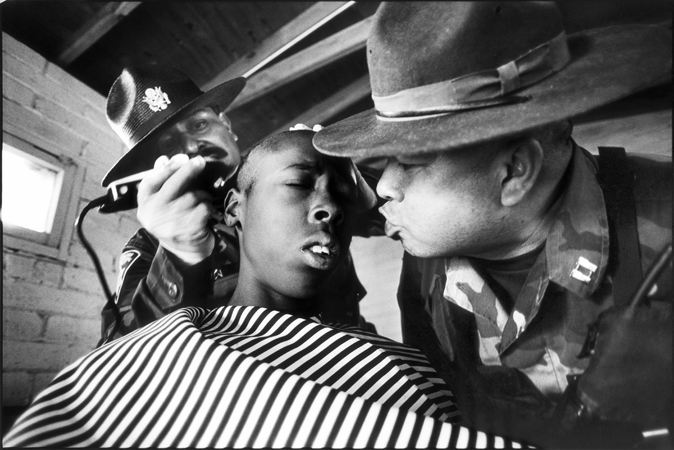 Elkhorn Correctional Facility, Fresno, California, USA. Stage 2 in the admission process: the boys now have to move forward, following the footprints marked on the ground; if they don’t, they are bellowed at, sent back and made to start all over again. They are then read a “warning” sign, which explains everything the guards are allowed to do, and that includes using teargas. They have to read it out loud, and reread it, while being yelled at, without understanding where they’ve made a mistake, until they realize that they have to read out the punctuation. Then they are sent off to be shaved and shorn in a hangar, where no one else can see, while a guard bellows and hurls a bench against the walls to terrorize the others waiting outside who wonder what they’re in for. Inside, another guard screams non-stop into the ear of the boy being shaved. 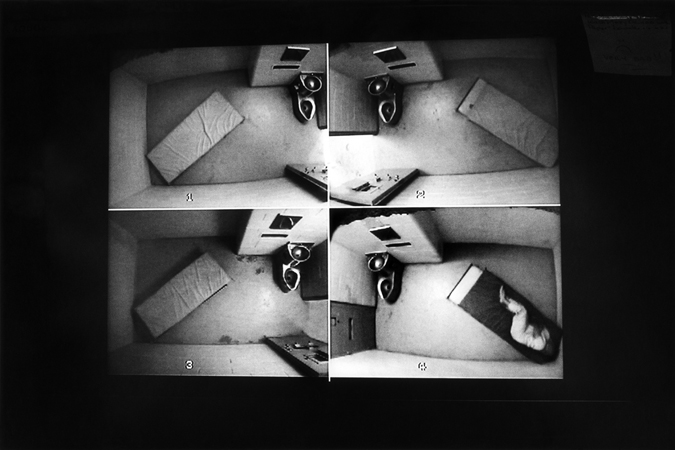 Black Canyon School, Arizona, USA. Video surveillance of solitary confinement cells where young inmates can be held for a week. They are placed there if they display aggressive behavior to either staff or other inmates, and also if they attempt suicide. 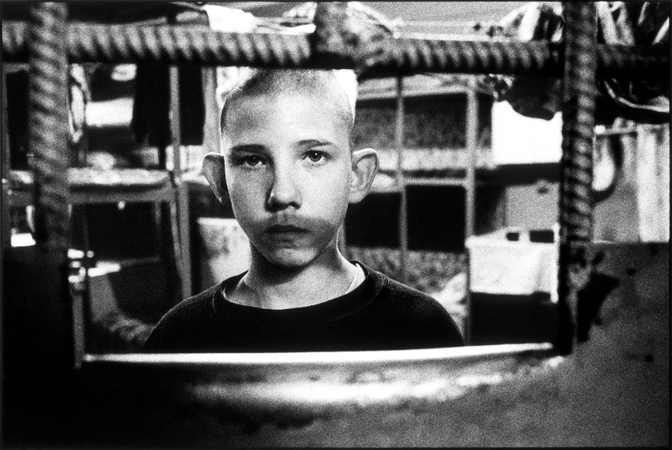 Lebedeva Remand Center, Juvenile Block, Saint Petersburg, Russia. Dimitri, 13, is bullied by the adults with him in the notorious cell number 90. Cited by Amnesty International and International Prison Observatory (OIP), the prison has a grim reputation for the treatment which tough prisoners inflict on juveniles: torture, rape, humiliation, and tattooing of anyone considered as inferior. There are six beds for the 24 inmates who take turns sleeping.