Majid Saeedi  - Victims of WarThese portraits of Afghan victims of land mines vividly evoke the effects of thirty years of war. Over twenty mine action organizations work in Afghanistan. The widespread and indiscriminate use of mines and munitions during almost 30 years of conflict has made Afghanistan one of the most heavily contaminated countries in the world. As of June 2009, there 5,875 designated hazardous areas in the country. They cover an estimated 653 square kilometers of land and impact 2,028 communities. Through history, human achievements and progressive technology have saved the lives of people who used to die due to common diseases. However some technological achievements are also being misused against humankind. They provide people with lethal weapons that can threaten and finally kill more people. Human advancement has continued since the time that people were created.  Weapons used for slaughter are awesome, so are the number of chemical and nuclear bombs ready for use to destroy large parts of the world. Humankind is sympathetic but at the same time he is the cruelest creature in the world. Afghanistan has been dealing with war for years. Sometimes countries attacked it and sometimes there were civil wars.  The first war with a Western power began in the Helmand Valley in 1833 against the British. The Soviet invasion of 1979 brought ten years of occupation and war, followed by years of civil war, Taliban rule and the U.S. invasion.  Intentionally or by chance, Afghans are people of war and bloodshed. They are suffering from some serious traumas and hurt which will take many years heal. One decade has passed with war between Afghans cooperating with advanced countries against the radical Taliban. Unfortunately, the consequences of war become more visible every day. 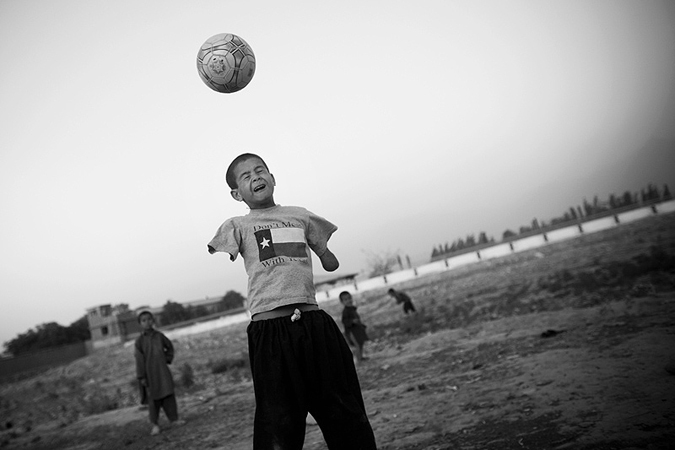 Eight-year old c is playing with his friends south Kabul. This is before he gets his artificial hands. He was gathering rubbish with his mouth after he lost his hands for few months. 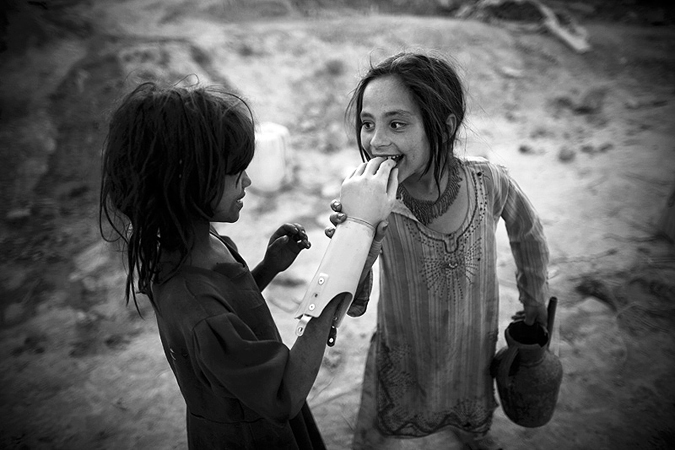 Mina, who is 6 years old, playing with her brother's artificial hand with her friend in Darolaman Palace in Kabul, one of the war's signature buildings. Mina's brother has lost both his hands. 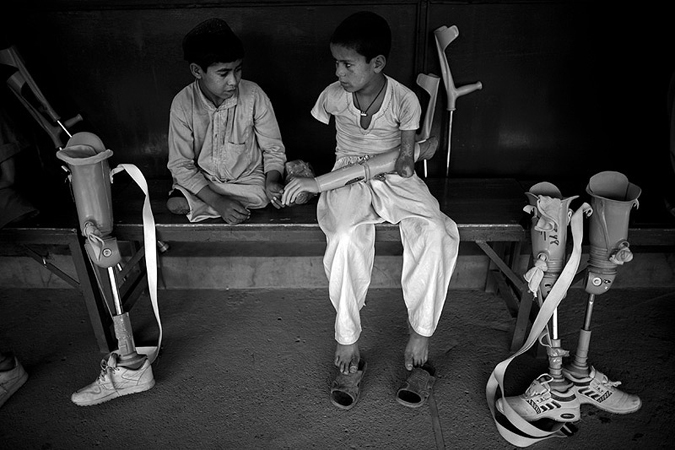 An unidentified boy who lost both his legs to a land mine  speaks with Akram, who has also lost both his hands. Akram spends his time gathering rubbish for sale. His biggest wish is to go to school and be able to write with his hands. 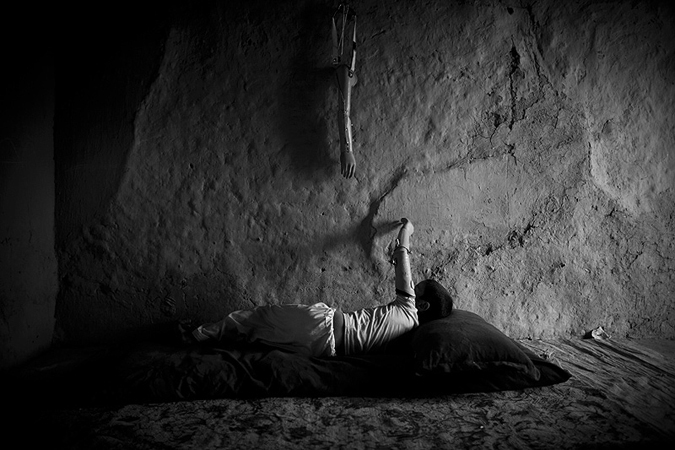 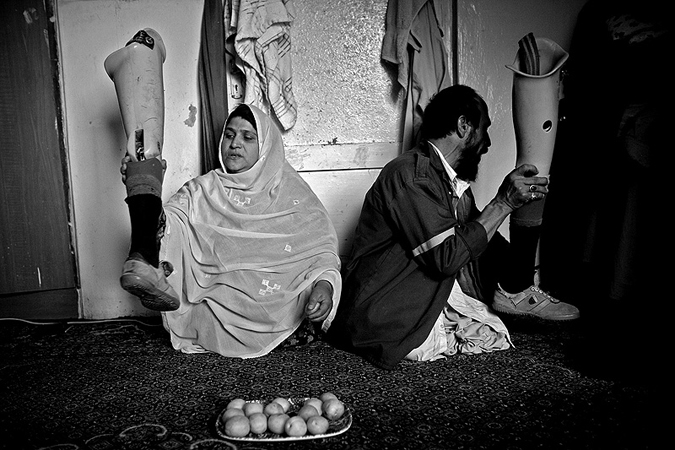 Enayat o llah and his wife both lost their two legs and do all their work with their hands. They have four artificial legs in their house. 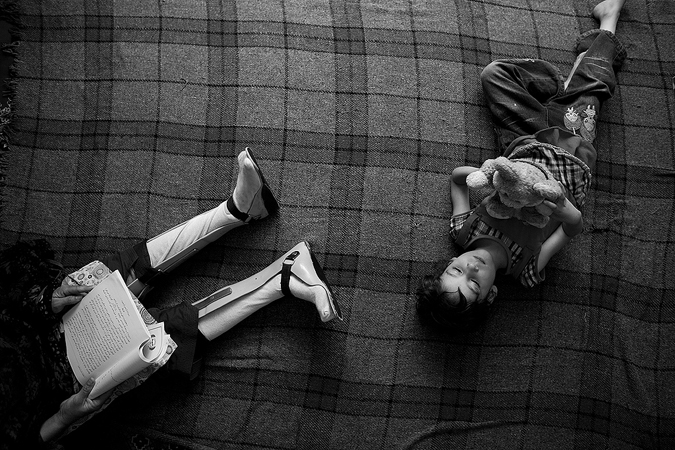 Farzaneh's youngest daughter is playing with her doll. Farzaneh has lost feeling in her legs due to nerve damage from  an explosion. 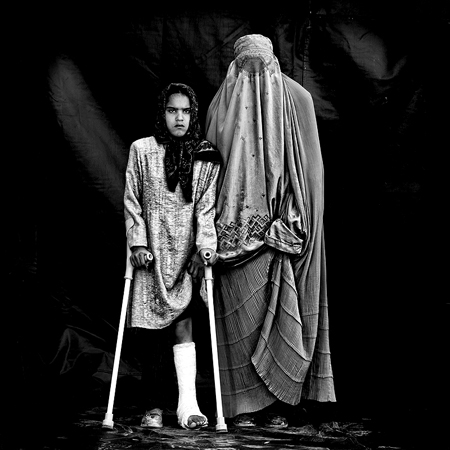 Maryam,10 years old, was wound in the leg by a land mine while playing with her friends.  According to the United Nations, more than four million Afghans live in "mine-contaminated" areas. 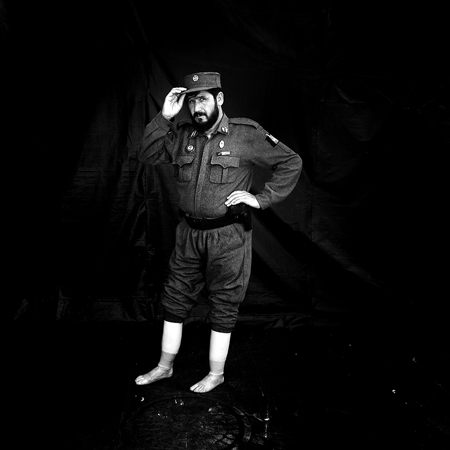 Mohammad is a 44 years old police officer from Herat. He lost his legs to a landmine 18 years ago. 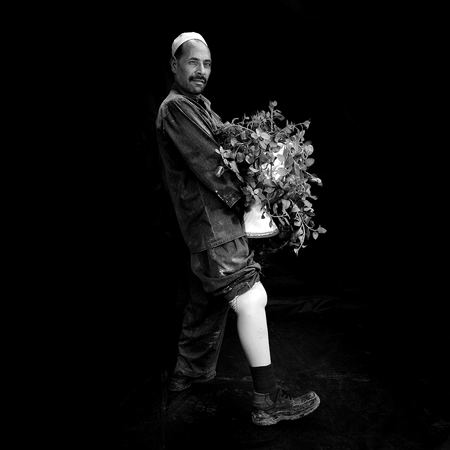 Noor Mohammad is a 46 year old gardener from Herat. He lost his feet  to a landmine 20 years ago. 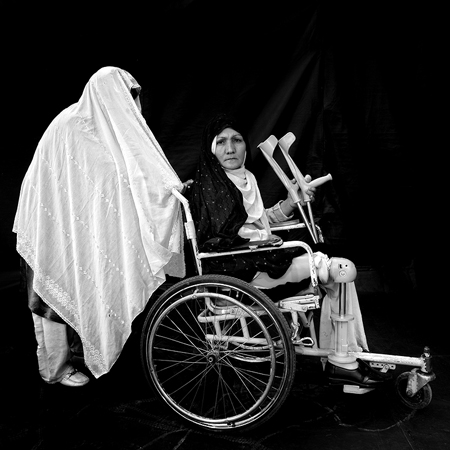 Fatemeh, from Herat lost her leg to a landmine three months ago.  She is accompanied by her mother. 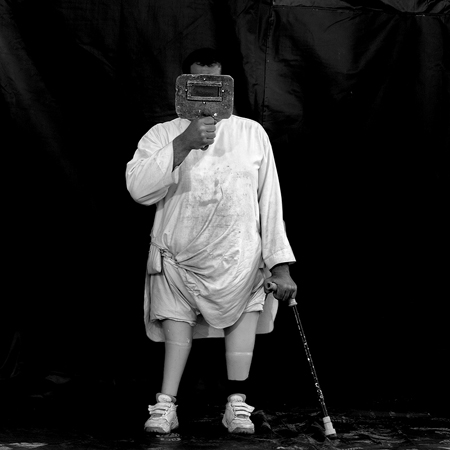 Omar Hassan,46 years old,  is a blacksmith,  He lost his feet to a landmine 12 years ago. 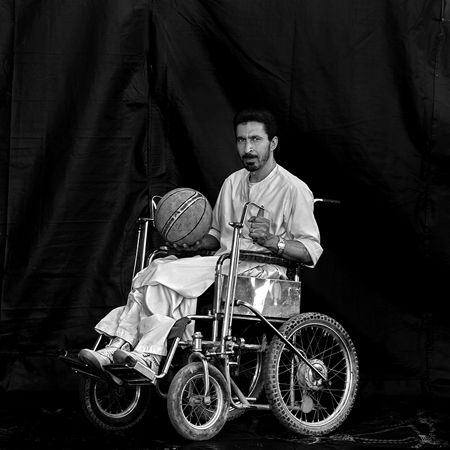 Nader Haidari, 37 years old, lost his feet  to a landmine 7 years ago. 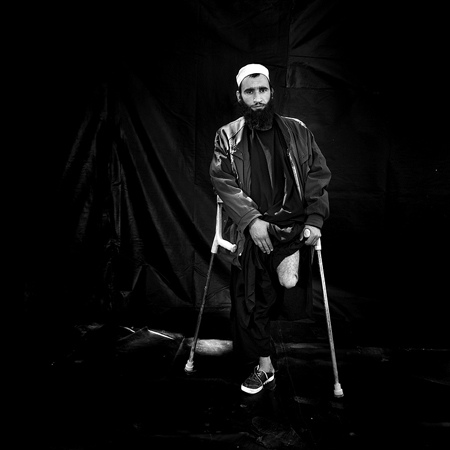 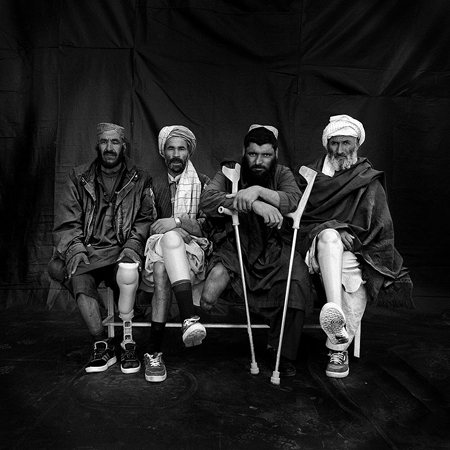