The Chungui and Oronccoy territories, covering little more than a thousand square kilometers in the Ayacucho region, were the scene of multiple massacres caused by the Maoist-inspired Shining Path organization and the Peruvian military and police forces during the armed conflict that struck Peru between 1980 and 1995.

Currently, the area contains more than 300 mass graves, some of them already exhumed, with the remains of 1,300 victims waiting to be recognized by their families, most of whom are orphans and survivors of the hard times. These tragedies were not isolated events.

Ayacucho was the region with the highest concentration of deaths and disappearances reported to the Truth and Reconciliation Commission. Of the national total of 69,000 victims, calculations conclude that 26,000 deaths (more than 40%) occurred in this region.

More than 30 years later, the names of these districts remain relatively unknown. They are not routinely covered by the media and they remain marginal areas within Peru's social and political discourse. These towns have a common background: poverty and the precariousness of basic services, such as sanitation, health and electricity. While these districts have experienced the restoration of festive expressions and rituals of life, in parallel the slow process of exhumations and the search for the disappeared during those brutal years takes place. The aim of this series is to make the stories of this silent mourning visible. 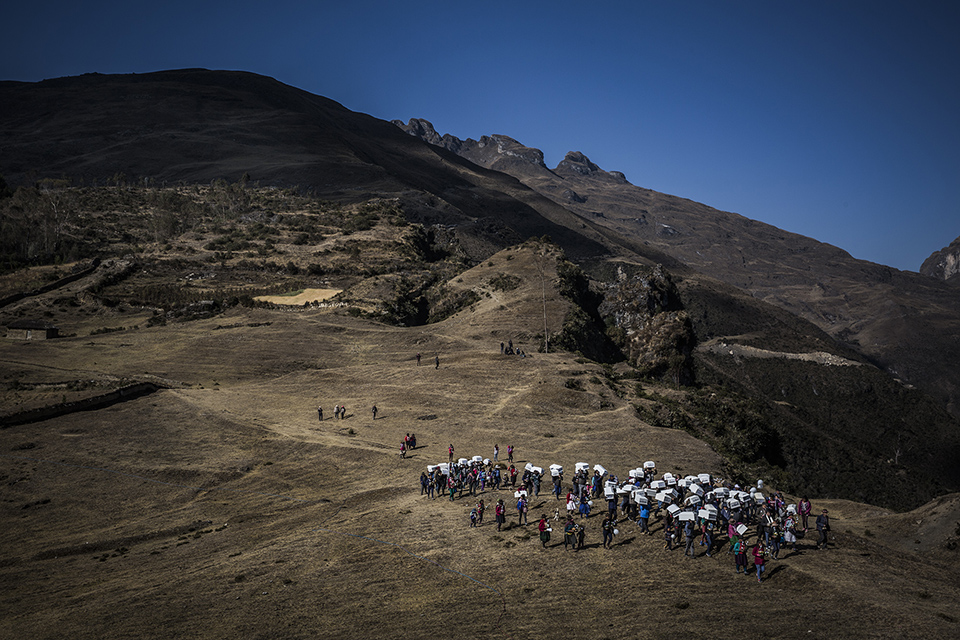 Family members and residents of the Oronccoy district move the 64 coffins to a new cemetery with the bodies of the victims killed in the Estacayoc and Cabracamcha massacres carried out by Peruvian law enforcement in 1985. The bones of the victims were exhumed by team members of Forensics of Huamanga in Peru in 2015. Of the 64 people killed who were exhumed in 2015, only 20 were identified. The remaining 44 bodies were buried with codes in a funeral pavilion, so that in the next months people can continue in identification work. The identification process is slow because the forensics team lacked their own laboratory in Ayacucho until the beginning of this year. August 8, 2019 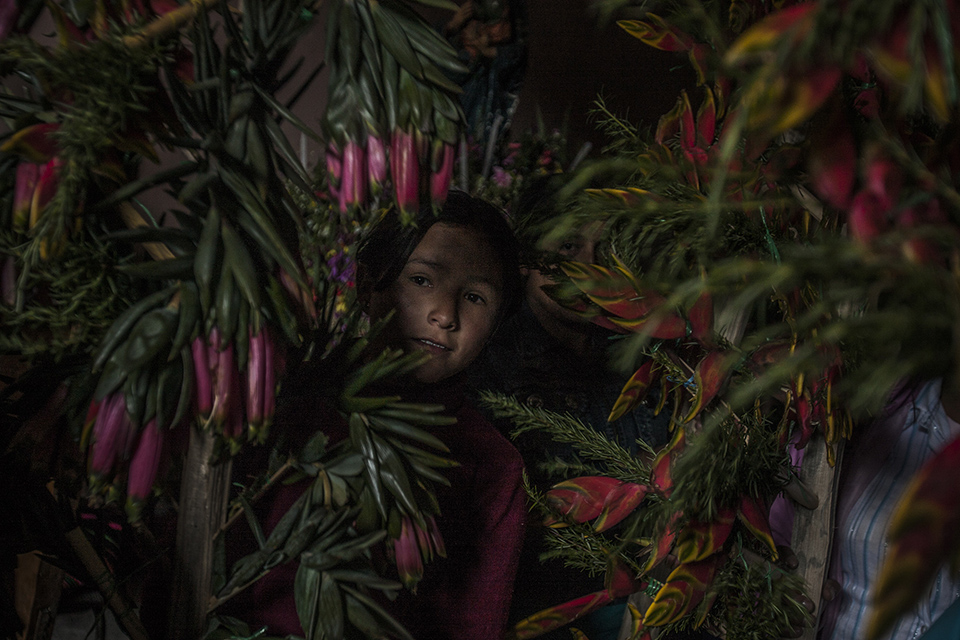 A girl hides in Chungui church and watches from there the preparations for the district's religious and anniversary celebration. October 2010 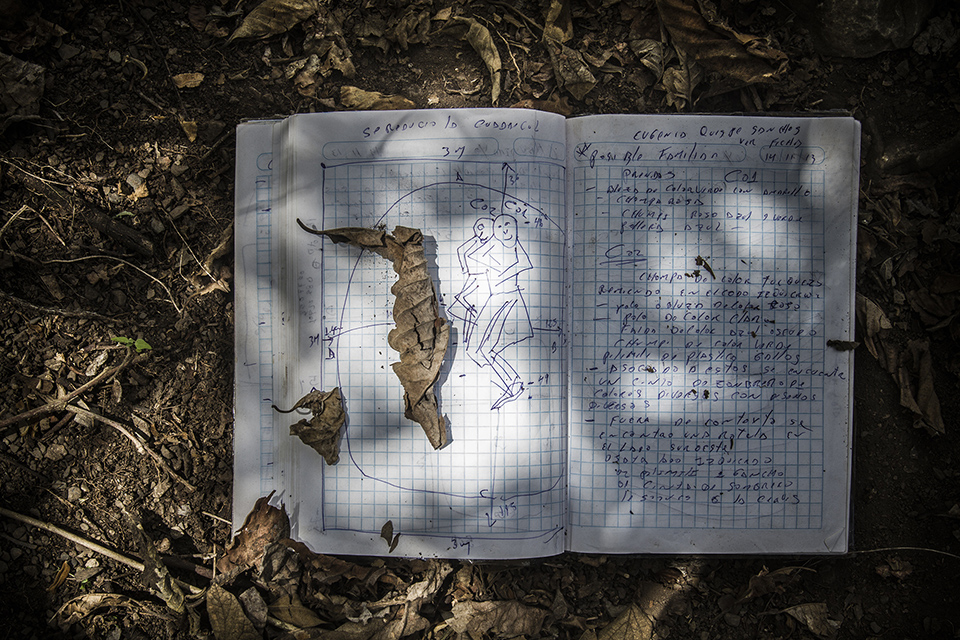 Notebook of a forensic anthropologist. The drawings refer to how the remains are found in one of the mass graves of Chaupimayu, Oronccoy. November 15, 2013 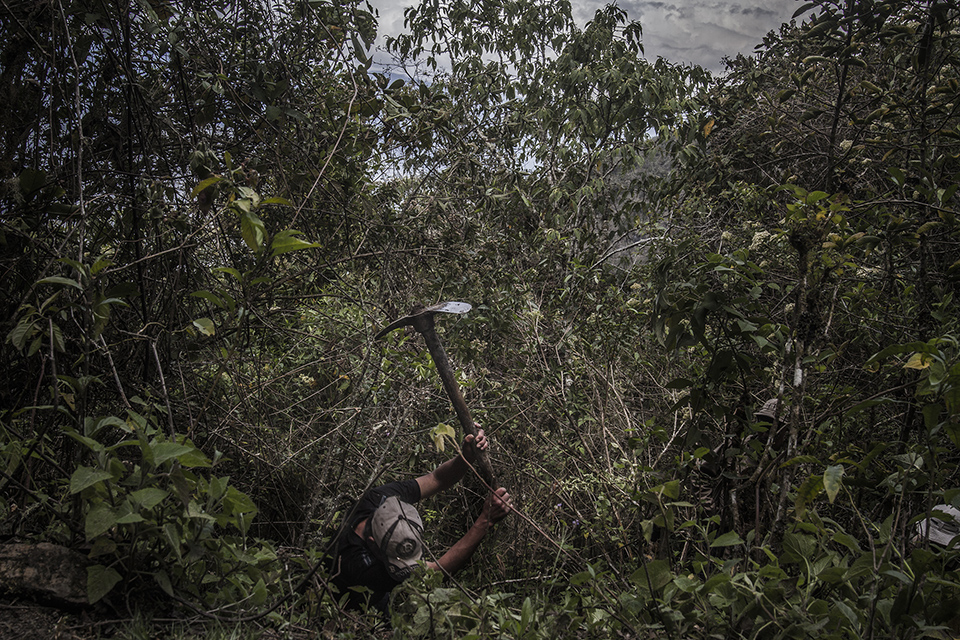 Alberto Sulca excavated a place where he presumed his relatives were buried during the internal armed conflict (1980-1995) in the town of Huallhua in  Oronccoy . However, the attempt to find any trace of the common grave with his relative was unsuccessful. November 16, 2013 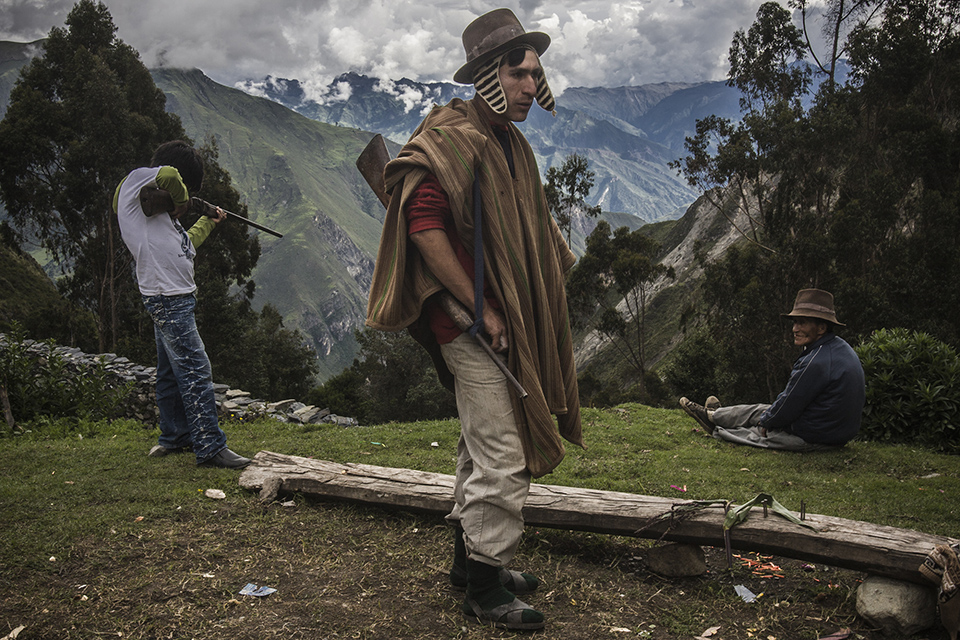 Cayo Guizado , a member of the self-defense committee poses at the end of the carnival in the town of Churca, Chungui.  February 2010 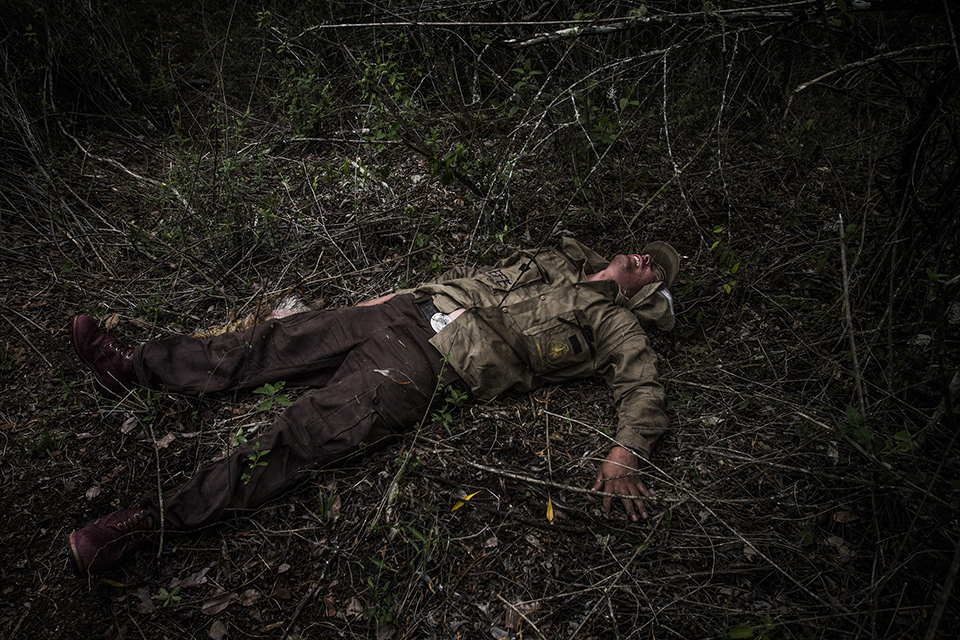 Forensic anthropologist, Dannal Arammburu, rests exhausted after being lost for three hours trying to find the road to get back with the team of forensic experts in Huallhua. They have to walk around 17 hours to reach the areas where mass graves contain the remains of victims killed during the armed conflict in Peru. Oronccoy. November 8, 2013 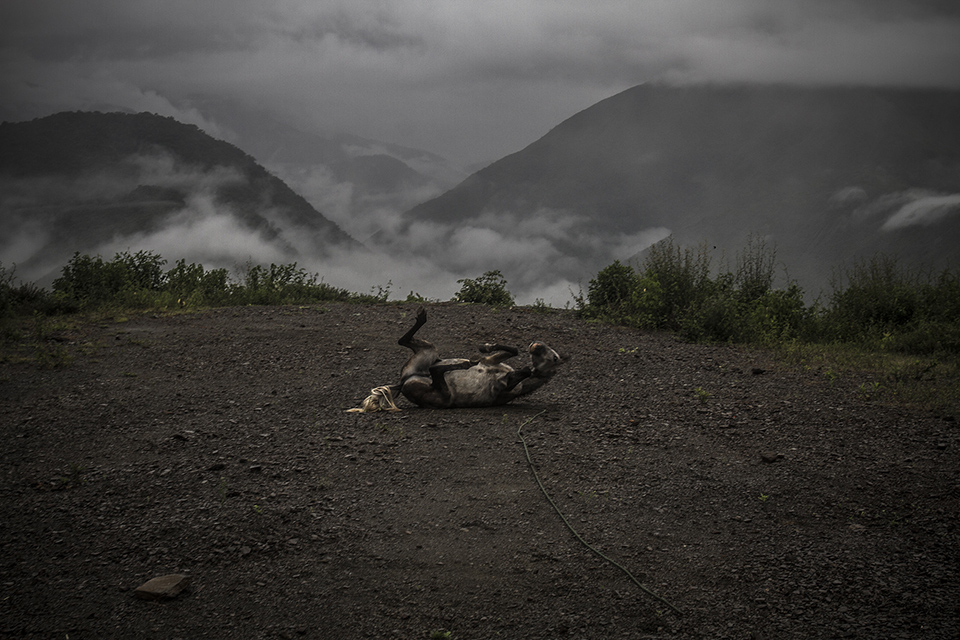 A horse rolling on the ground that belonged to an  against subversives base in Chungui district's cloud forest, located in part of a drug-trafficking and coca-producing area identified as VRAEM, or the acronym in Spanish for the Valleys of the Apurimac, Ene, and Mantaro Rivers. January 29, 2013 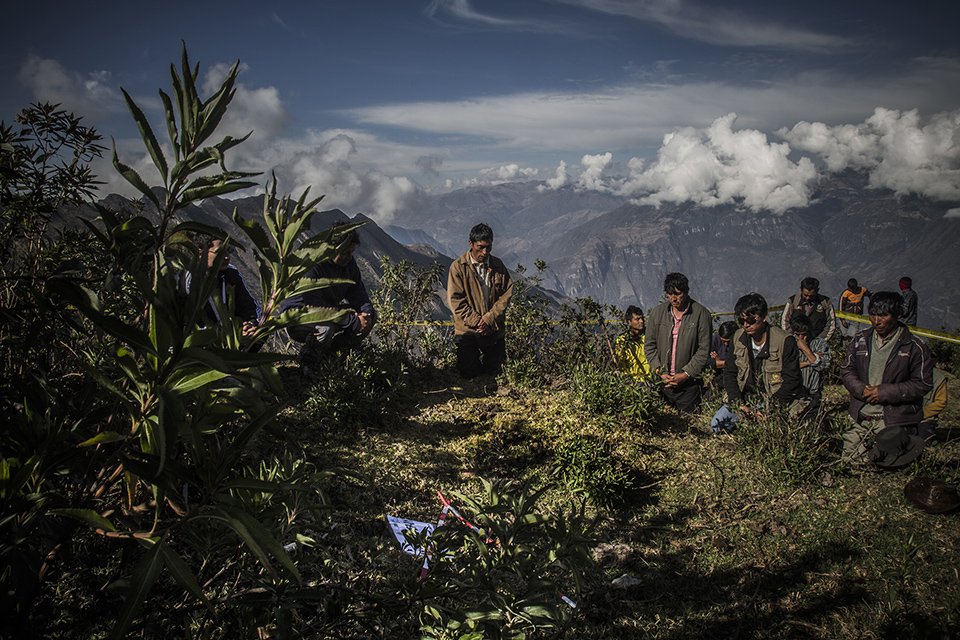 Oronqoy villagers and forensic anthropologists kneel in prayer around a common grave in Estacayocc, shortly before beginning the exhumation of the spot. According to villagers, a massacre occurred by members of the police in this place. The bones and remains belonging to 39 people were recovered there.This massacre would have occurred in 1985. Thirty years later, the exhumations of those who died in that massacre began. August 19, 2015