I closed my eyes as the traditional priestess poured a basin of mysterious oils over me.

Stinging my body from head to toe, she repeated the motion several times to wash the “gay devil” out of me.

I was 18 and I was back in Nigeria for Christmas, where homosexuality is illegal, as it is in 33 other African countries. Gay and Nigerian, this was my third exorcism in just a few days’ time.

Returning to the United States, my struggles continued. As a gay African immigrant, I existed in a strange middle ground of rejection from all corners. Rejected from white LGBT spaces and American society due to my blackness and immigrant status, and from African circles due to my sexuality. I was “unacceptable” everywhere I turned.

I found photography as my voice in this darkness and in 2013 I began Limitless Africans. Over the course of four years, I would travel to ten different countries across North America and Europe to document, for the first time, the LGBTQ African immigrant experience. Shooting and interviewing over 50 LGBTQ African immigrants, I found that every one had experienced a similar sense of rejection on all sides.

This body of work is a collaborative response between me and my community, to re-define what it means to be an immigrant, African and queer in North America and Europe at this time. To confront, with our self-love and stories, the oppressive narratives that say we should not exist. We are Limitless. 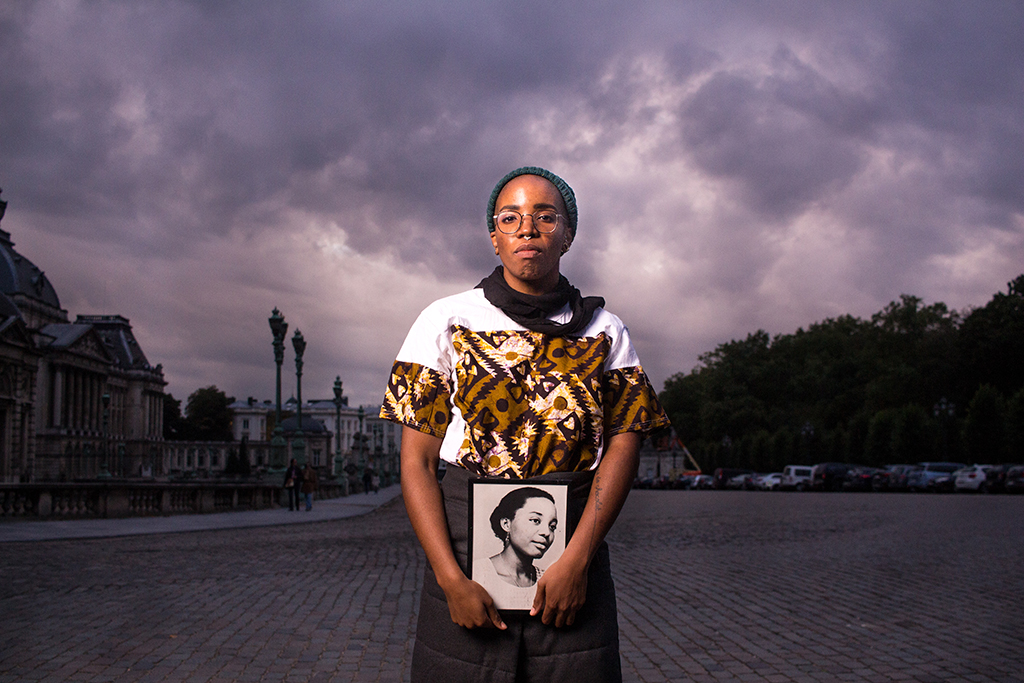 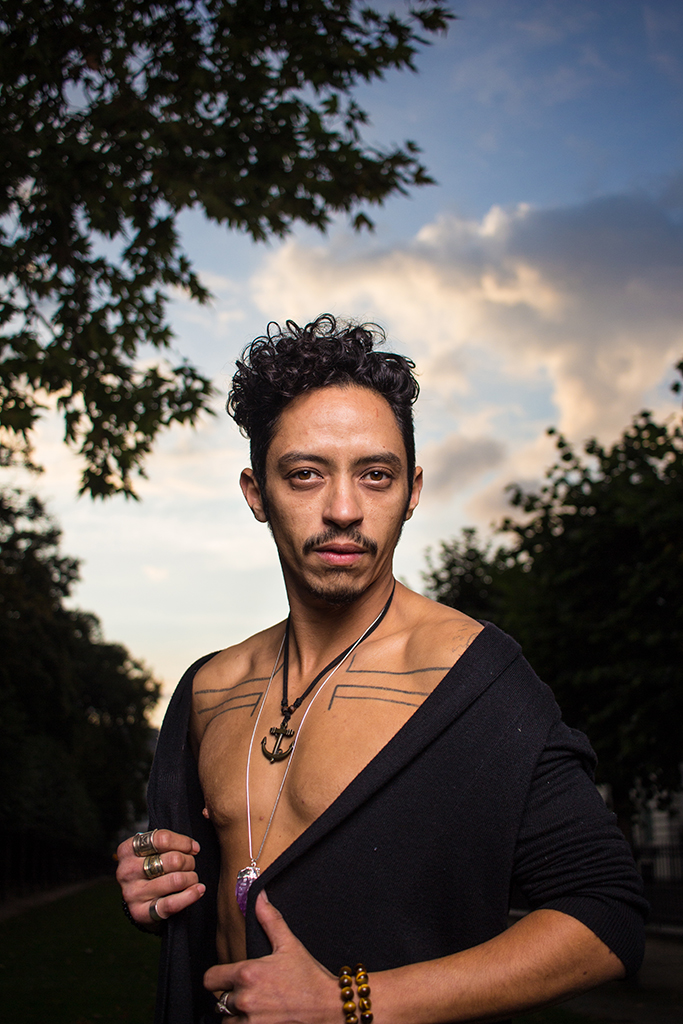 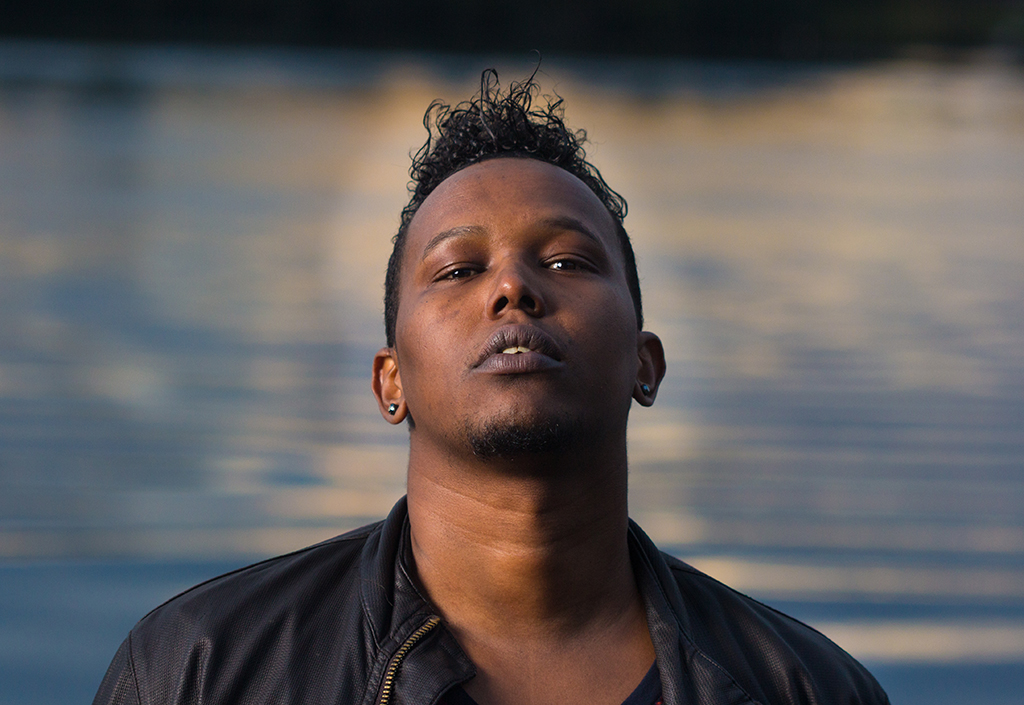 Abdi – Gay Somali Asylum Seeker (Pronouns: he) Shot in Umeå, Sweden 2017 “[H]ere in Sweden I feel free in my feelings. But not in the government of Sweden, they want to send me back to Somalia because they think I’m not gay. I am free in my feeling, but as I said for [Swedish] immigration I am not free. I feel like in the chains. I was scared all the time in Somalia, but I feel like [Sweden] closed everything to me. I cannot go to work, I cannot go to school. I cannot buy [cigarettes]. It’s so difficult. I don’t want to come back to Somalia, and I know that I can never come back there. If I come back Somalia I will be killed, I know that. Al-Shabab and religious groups. ” Foto: Mikael Owunna 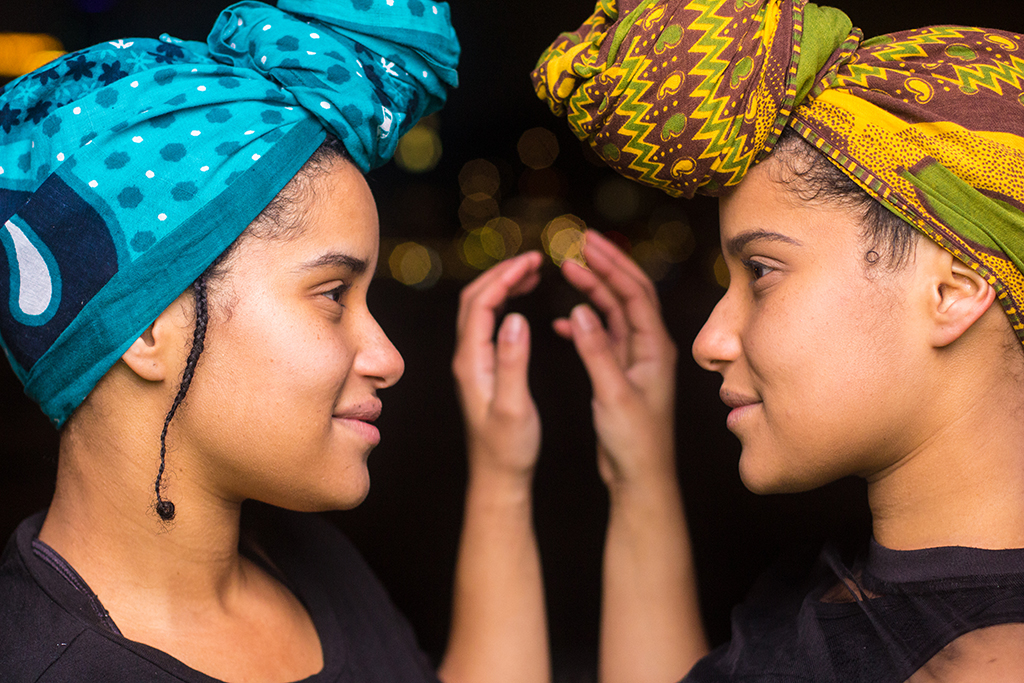 Queer Kenyan Twins: Subira (Pronouns: they) and Wandia (Pronouns: she) Shot in Hamburg, Germany 2017 Subira (left) : I dealt with a lot of racism in LGBTQ spaces during my undergraduate degree, which was exhausting and isolating. I would try to overcome that by attempting to educate everyone, which was even more exhausting. Eventually I learnt to set better boundaries, and invite people to do their own learning for themselves. Luckily the spaces I’m in now are a lot better, and when I do still (inevitably) experience racism in queer spaces, I have a good community of QTIPOC (queer, trans, and intersex people of colour) folks who I know will have my back. Wandia (right) : Before western colonialism, norms about sexuality and gender in Africa looked very different to how they did after the violence of colonisation. In many African countries, societies were built differently, nuclear families were not the normal constellation in which children were raised, gender was not binary, cisgenderism and heterosexuality were not the norm. But the white coloniser's narrow ideas of what constituted 'civilisation' were forced upon people on the continent, and cultural practices, religions and traditions were brutally and violently erased and replaced in part with homophobic, transphobic religious teachings. Foto: Mikael Owunna 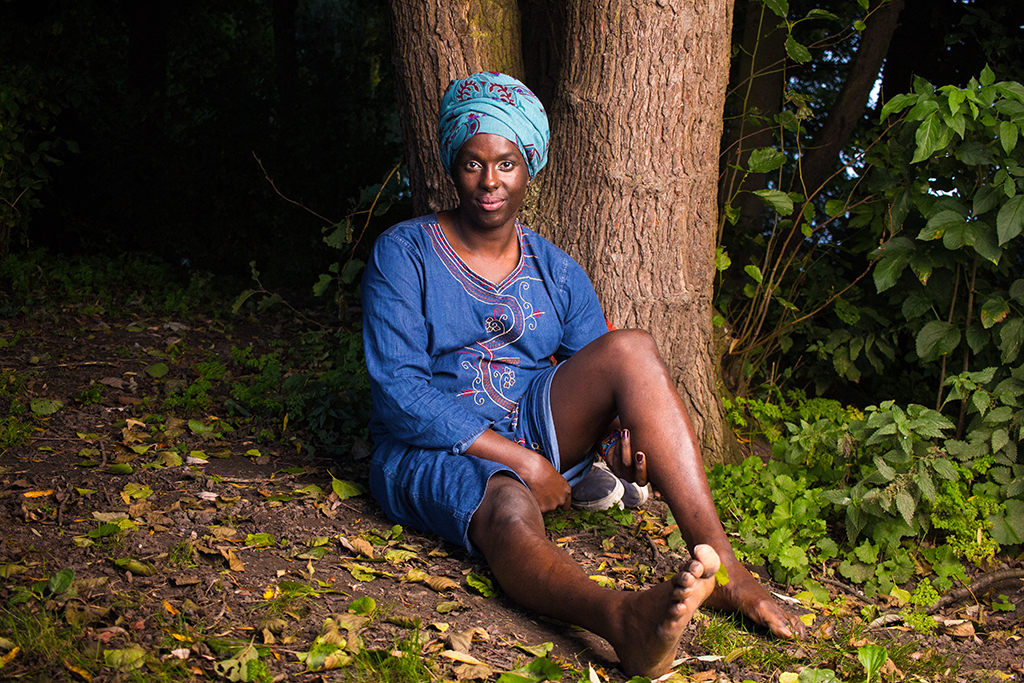 Olave – Queer Nonbinary Trans Femme Burundian (Pronouns : she or they) Shot in Rotterdam, the Netherlands 2017 “Dutch society is rather racist. The Dutch hold their culture as supreme, objective, “tolerant” and progressive. Anything (and anyone) that isn’t Dutch is suspect, uncivilised and a liability. To be worthy of dignity, love and freedom, however, you have to basically be or ascribe to whiteness, heterocissexuality, capitalism, etc. Growing up in The Netherlands, I was in countless subtle and overt ways “pushed” to reject my “african”-ness, my femininity, everything that made me different. I failed at it. I gave up on it. I abandoned my efforts to become “worthy” of the Dutch. Since then I have been pursuing my Burundian-ness, my black-ness, my trans-ness, my queer-ness, my femme-ness, my crazy-ness, my different-ness. Doing so has brought me a lot of healing from the violence of the Dutch white supremacist, imperialist, ableist, speciest, transmysoginoir, capitalist patriarchy.” Foto: Mikael Owunna 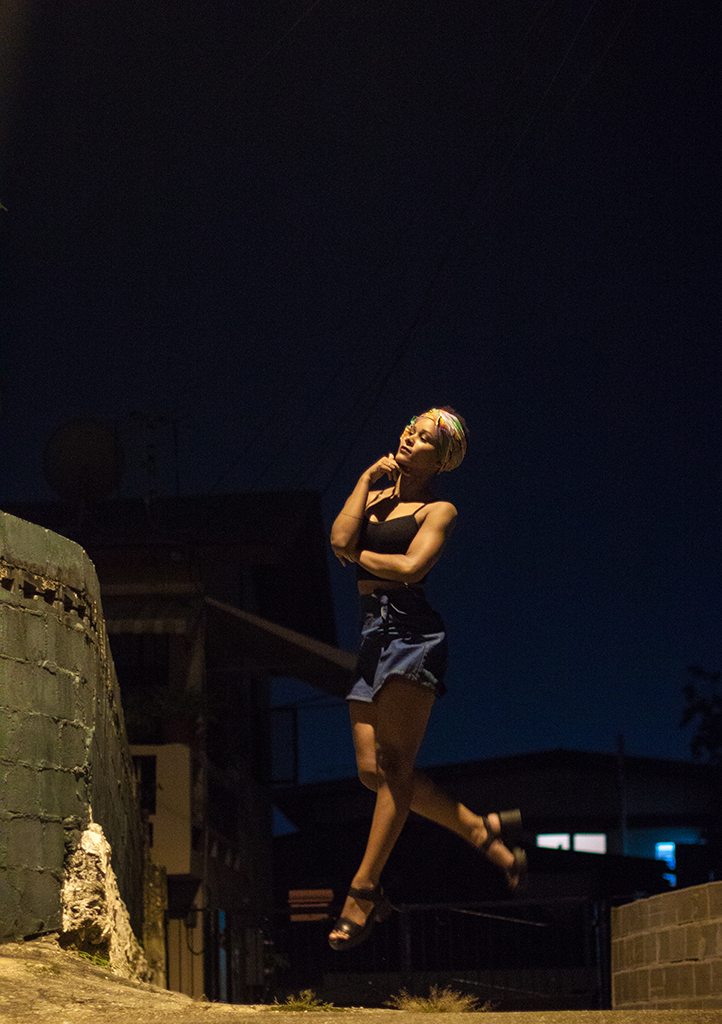 Gesiye – Bisexual/Queer Nigerian-Trinidadian (Pronouns : she) Shot in Port of Spain, Trinidad & Tobago 2015 “I hear this a lot in the Caribbean, that the LGBTQ experience is un-African or un-natural. From the homophobic music that we all dance and sing along to, to the fact that it’s still illegal to have sex with someone of the same gender in Trinidad*. It’s exhausting. I wish we would accept/understand that gender-fluidity and same sex attraction are historically indigenous and African.” *: On April 12, 2018 the High Court of Trinidad and Tobago ruled unconstitutional the criminalization of sex between people of the same gender, opening a new chapter for LGBT people and politics in the Caribbean. Foto: Mikael Owunna 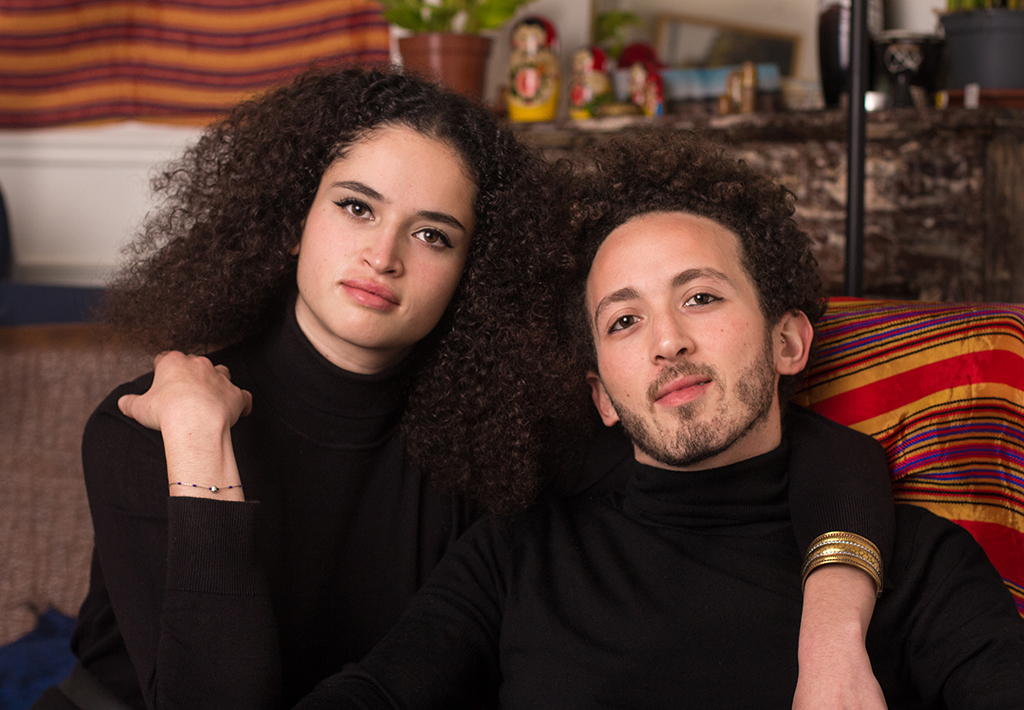 Queer Algerian Siblings : Anys (Pronouns : he) and Nesma (Pronouns : she) Shot in Paris, France 2017 Nesma (left): Even though I’ve become more aware of and comfortable with these two components of my identity, I’m still doubting myself and my validity as a queer North African woman. This is mostly due of the lack of knowledge and experience I have gained so far regarding queerness and Africanness, and of course the last remains of wanting to be “normal” compared to heteronormative standards. The best way for me to overcome these obstacles is to immerse myself in queer and diverse communities as much as I can. There, I can finally identify to others, discover new ideas that speak to me, and push myself to move forward. Anys (right): Still, right now I must admit that I’m in a personal struggle between my african and my queer identity, and I have to make them merge together. In fact, the internalized homophobia from which I suffered makes me unable to say the truth about me being gay to my old friends and family (even the closest friends I have known since before I came out)[...] Even my gay friends can’t seem to be able to help me with this self censorship issue because, as french people, they find it hard to understand the complexity of evolving in an arab muslim country as gay. Foto: Mikael Owunna 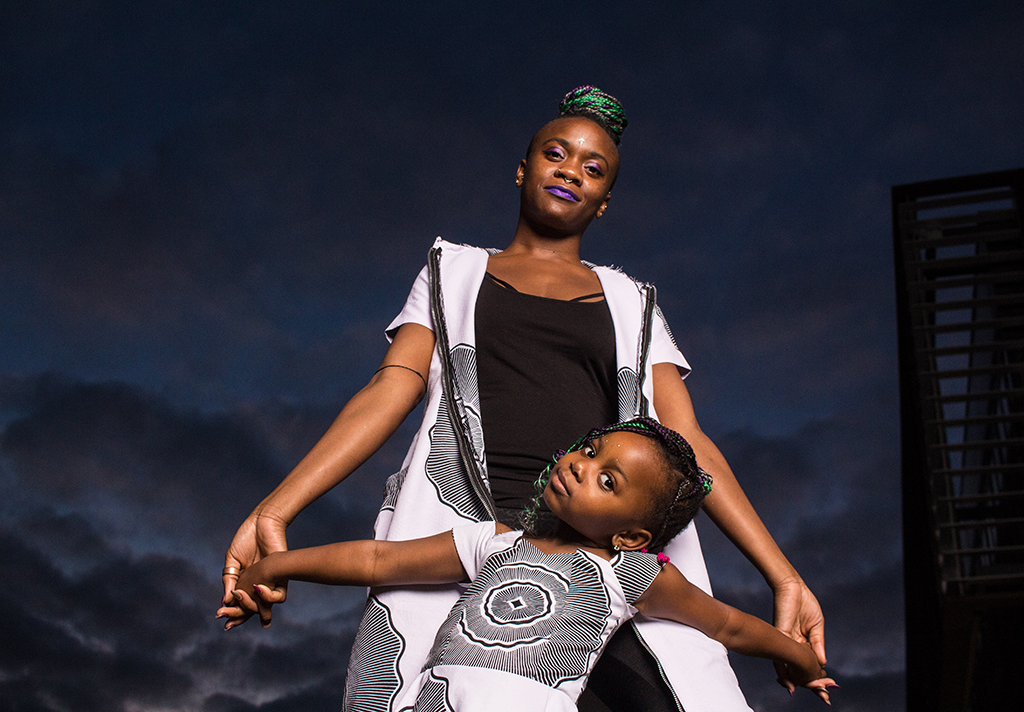 Queer Nigerian Motherhood : Tobi (Pronouns: they) and their daughter Gabi Shot in Essex, United Kingdom 2017 Tobi : My dream [for my daughter] is that she understands what freedom is in all senses of the word and is always surrounded by people who will guide and nurture her in the ways she chooses to go. For her to be able to make decisions based on her own desires, drawing strength and understanding from the experiences and realities of those around her whilst trusting with confidence  that based on all of these considerations, she knows what is best for her at all times. Foto: Mikael Owunna 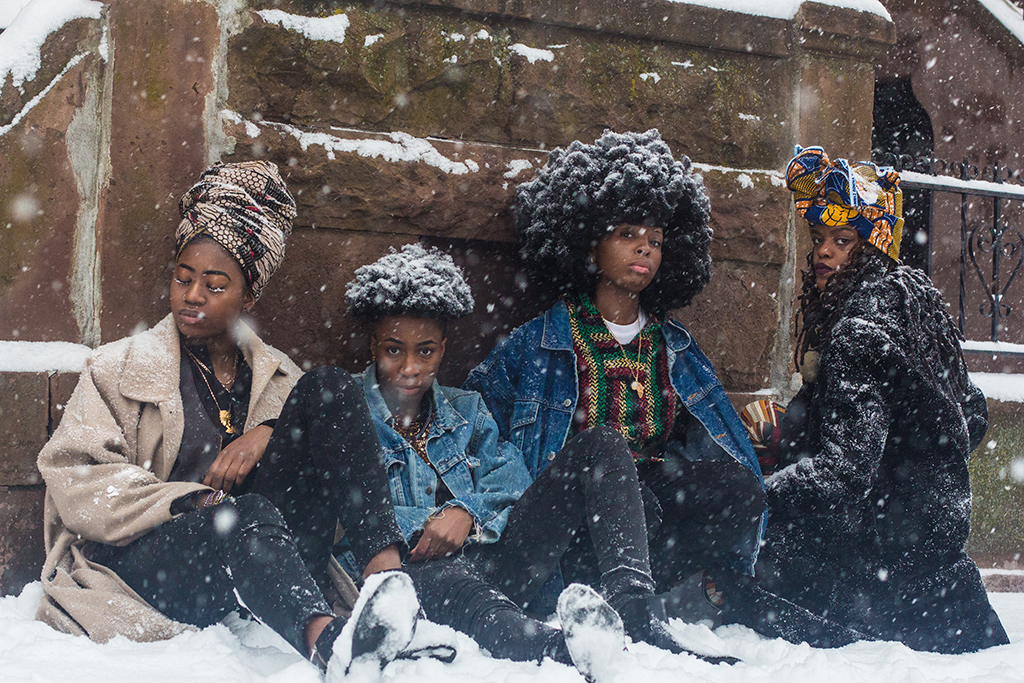 4 Queer African Women From left : Badu - Queer Ivorian (Pronouns : she) - Yéwá - Queer Nigerian (Pronouns : she, they)- Amadi - Queer Nigerian (Pronouns : she) - Mai'Yah - Queer Liberian (Pronouns : she, they) Headwraps: wrapsbyjames (IG) Shot in Brooklyn, NY, USA 2017 " To the queer Africans that would be shunned by their community, family and/or country. To the queer Africans that are in desperate need of an answer and feeling lost as to where to look for it. I know the feeling. Chant this from the top of your lungs and mean it with every emotion in your body. You are bold and filled with strength. You are not alone. I’m with you. Limitless is with you. We are here, we exist and WE ARE NOT going anywhere. To Being a Limitless African " - Mai’Yah (furthest right). Foto: Mikael Owunna