Talibe is an Arabic term for disciple.

What tries to pass as a form of education is only a way of business for those exploiting children everyday.

What should be a school is in fact, sometimes, a place of torture.

Quranic schools known as daaras are no more than fragile buildings where atrocities happen everyday to children between five and 15 years old, that are forced to spend more than 8 hours a day begging in the streets for money. The rest of their time is spent learning the Quran, while the marabout collects their daily earnings.

The number of Talibes is increasing and estimated at more than 30,000 boys subjected to forced begging in the Dakar region alone. Child trafficking plays a crucial part in today's numbers. Most of the Talibes are Senegalese but the number of children trafficked from neighboring countries like Guinea-Bissau has increased.

Talibes survive in overcrowded and unsanitary Daaras. Malaria, skin diseases, breathing problems and stomach parasites are common. Many of these children struggle in this situation for years, until some of them to flee to the streets when their despair takes over.

The physical abuses are known in the streets but hidden inside these masked schools. The guardians are aware of the crimes they commit and keep them behind closed doors.

Meanwhile, the abusers continue to exploit children without any fear that the law will be applied against them. 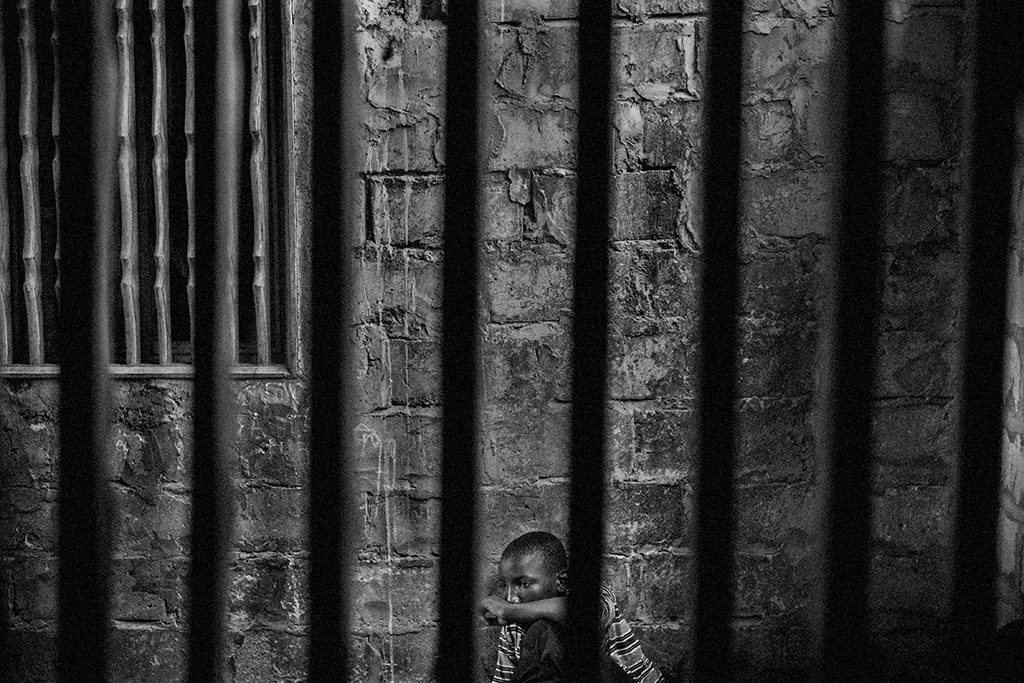 Abdoulaye, 15, imprisoned in one room of a daara in the Diamaguene area, city of Thies, Senegal, May 18, 2015. The rooms have windows with security bars to keep the talibes from running away. 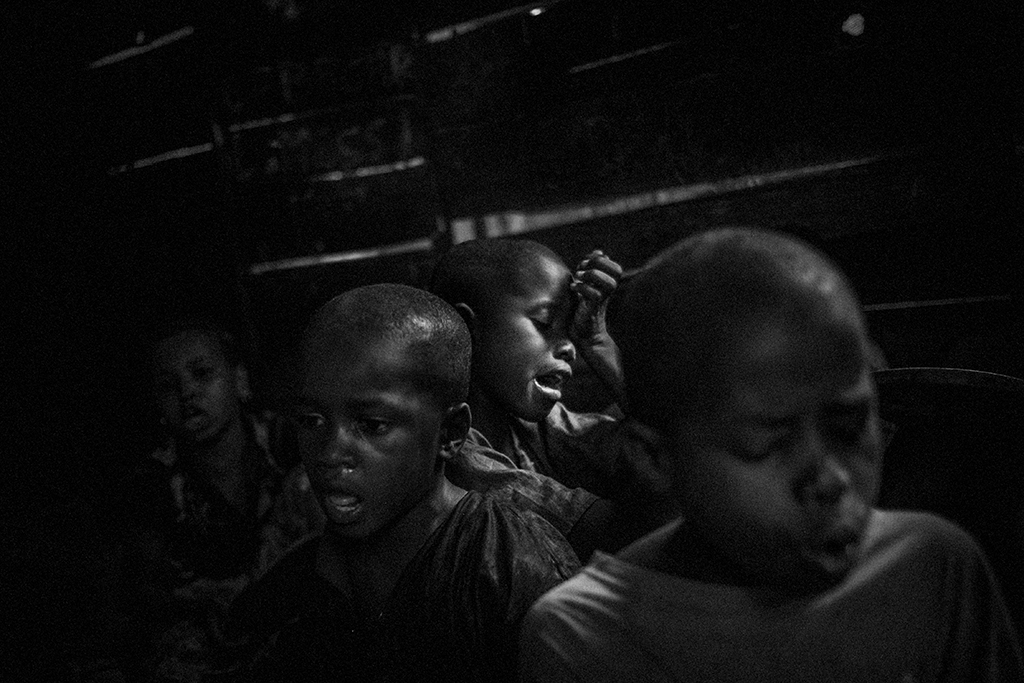 Talibes reading the Quran inside a daara in Medina district, Dakar, Senegal, May 16, 2015. They have to memorize different parts of the Quran each day before going to the streets to beg for their guardians. 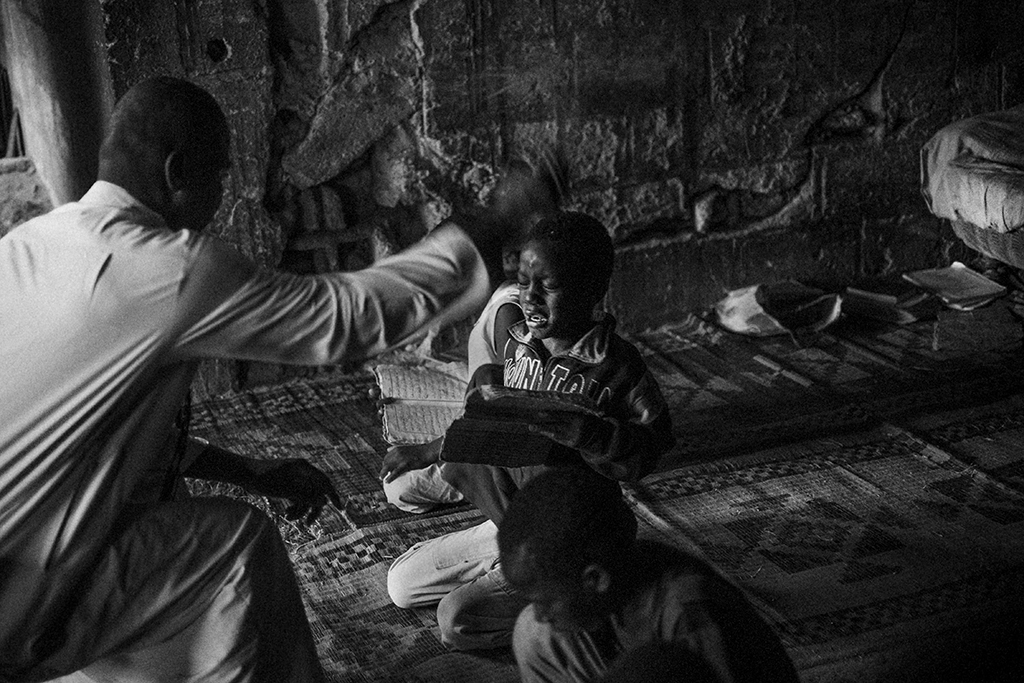 Ibrahima Ndao, Marabout of a daara in Rufisque, whips a talibe child after he makes a mistake reading an excerpt of the Quran, May 17, 2015. The talibes are subjected to physical violence when they fail to get the daily quota imposed by the Marabout or if they make a mistake while reading the Quran. 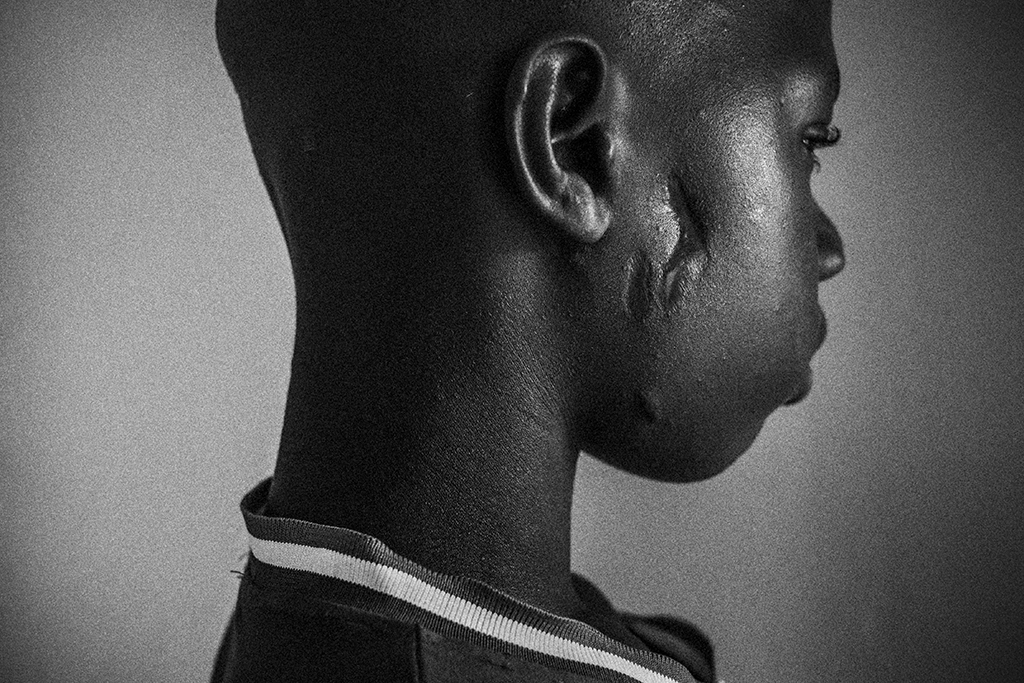 Demba Fati, 14, outside the medical support room of Mason de La Gare center in St. Louis, Senegal, May 20, 2015. His Marabout beat him with an iron rod after he tried to escape. Since then he goes to the center whenever he needs medical care. 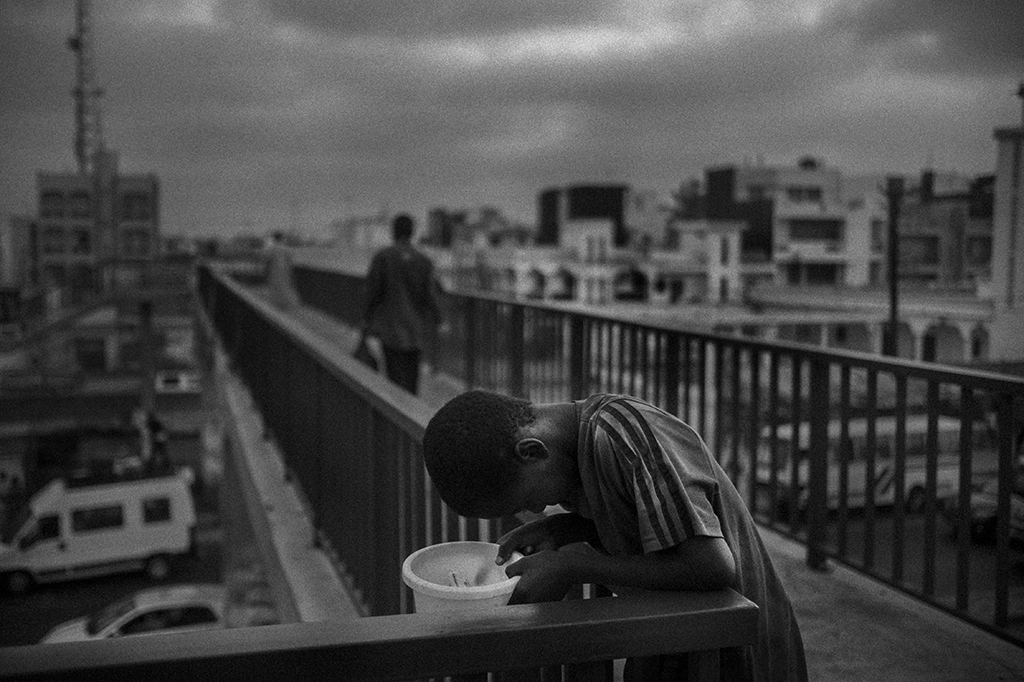 A talibe begs in a bridge in the Diamaguene area, city of Thies, Senegal, May 18, 2015. Children are forced to beg for an average of 8 hours a day. Many of them spend their days almost without eating and end up sleeping on the street out of fatigue. 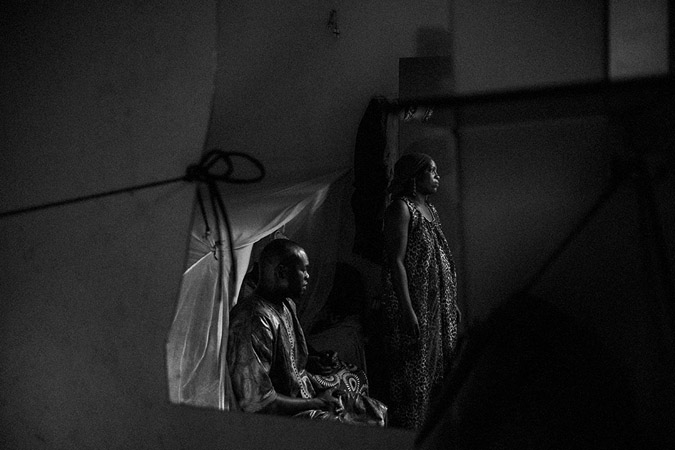 Khadim Gueye and his wife Aname Samb inside their house in Keuer Massar district, Dakar, Senegal, May 25, 2015. They gave away their three children to a local daara because they couldn't afford to support them. One of the conditions imposed by the Marabout is that they are unable to see their children until they turn 15.  "I believe in the guardian, I think it's a good daara. But, unfortunately, we are surprised everyday with stories about daaras where children suffer abuses and are raped.  I don't want to imagine it. I want to believe that my children will be well educated." 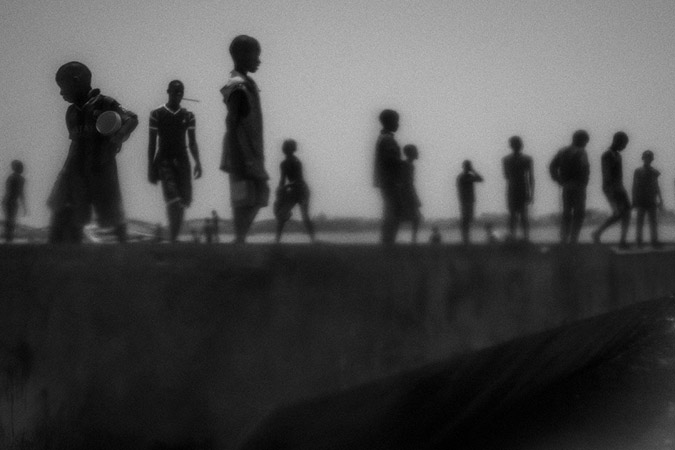 Runaway talibes stand on the bank of Senegal river, in Saint Louis city, north of Senegal, May 20, 2015. Saint Louis is known as Talibe City. A city with small proportions compared to Dakar but with a large number of talibes, because many of them choose the streets instead of daaras. 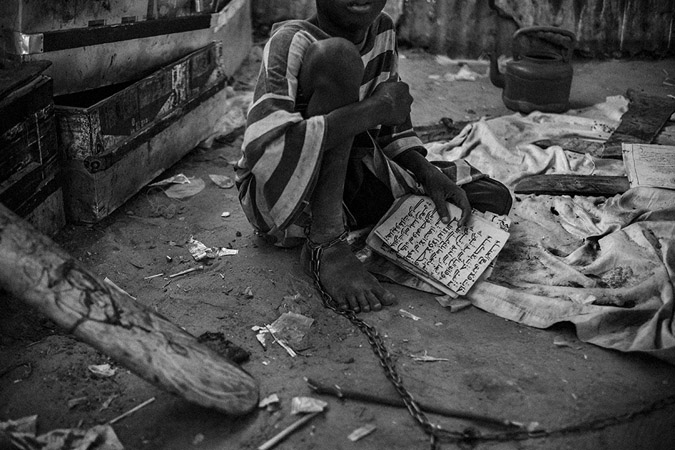 A young talibe bound by chains in an isolation area of a daara in the city of Touba, May 27, 2015. In this daara the youngest talibes are shackled by their ankles to stop them from trying to run away. The chains length only allows them to use an improvised bathroom in a separate area of the daara. These children can stay like this for days, weeks, even months until they gain the Marabout's trust. Their guardian explains, "When I release them, I give them the freedom to beg like the rest of the Talibes.” 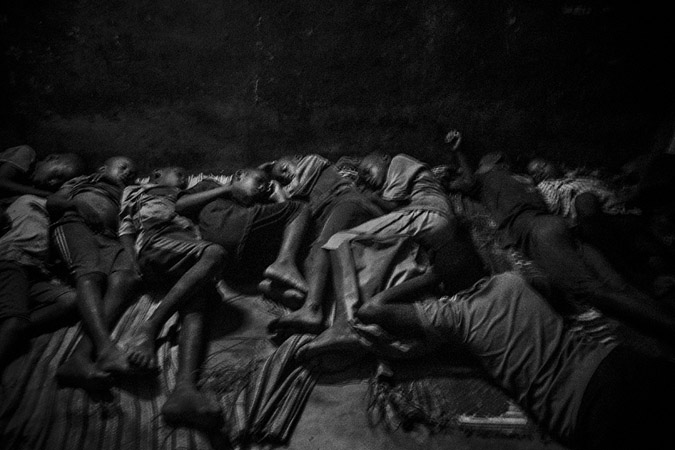 Talibes sleep together inside a daara in Saint Louis, in northern Senegal, May 21, 2015. The daara, with over 30 children, has no clean water and barely any electricity. Children sleep on the concrete floor without any protection. 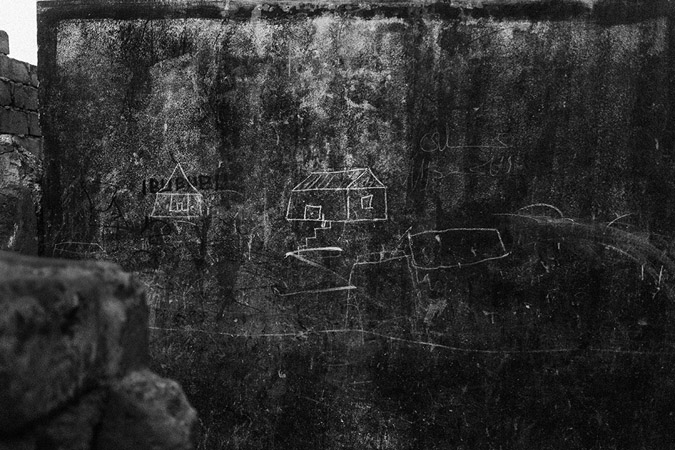 A drawing made by talibes on a wall of a daara in Medina, Dakar, Senegal, May 19, 2015. Many of the children don't know where they come from or who their parents are. 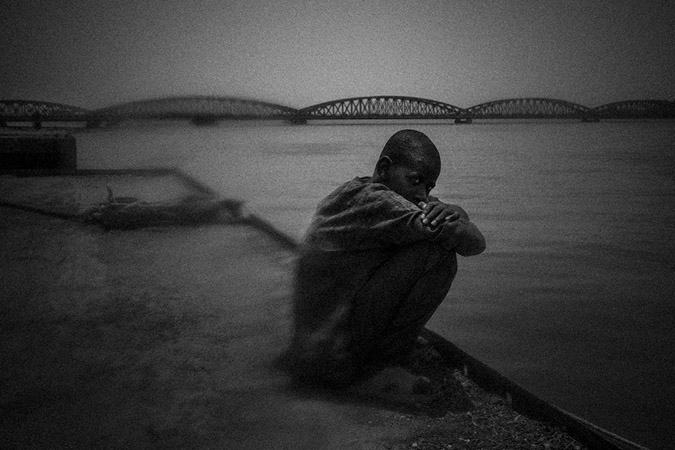 Amadou, 15, waits in one of the shores of Saint Louis island, near the Faidherbe Bridge, May 20, 2015. Amadou: " I'm tired of being beaten, even when I have the money I get beaten. I know stories about dead talibes but I'm not afraid of death anymore". 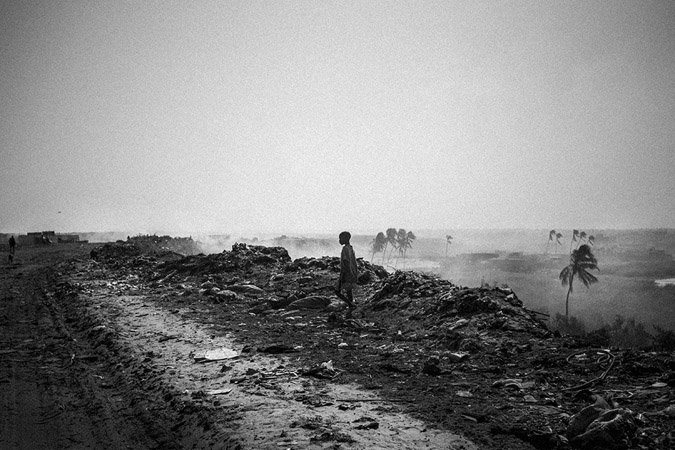 A talibe walks in a dumping area outside Keur Massar, Senegal, May 25, 2015. Marabouts requests are changing, some of them use talibes as cheap labor workers for different kinds of services or force them to come up with valuable goods found in large dumps around the cities. 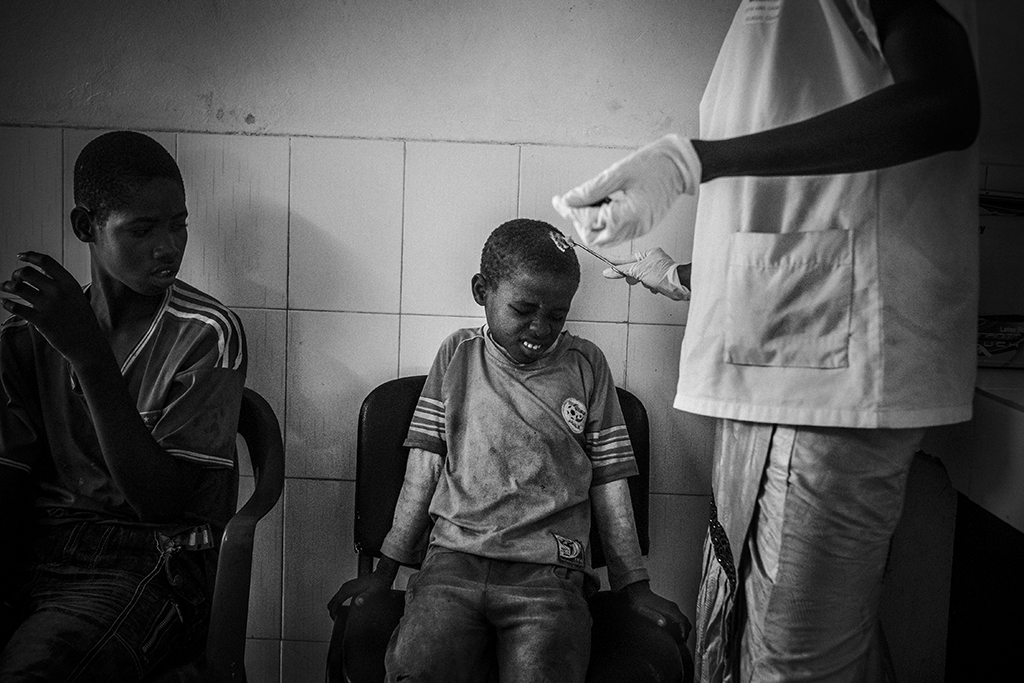 Amadou, 12, receives medical assistance at Mason de La Gare center, in Saint Louis, Senegal, May 21, 2015. He was beaten with a whip by his Marabout. Amadou has been receiving treatment since 2014. 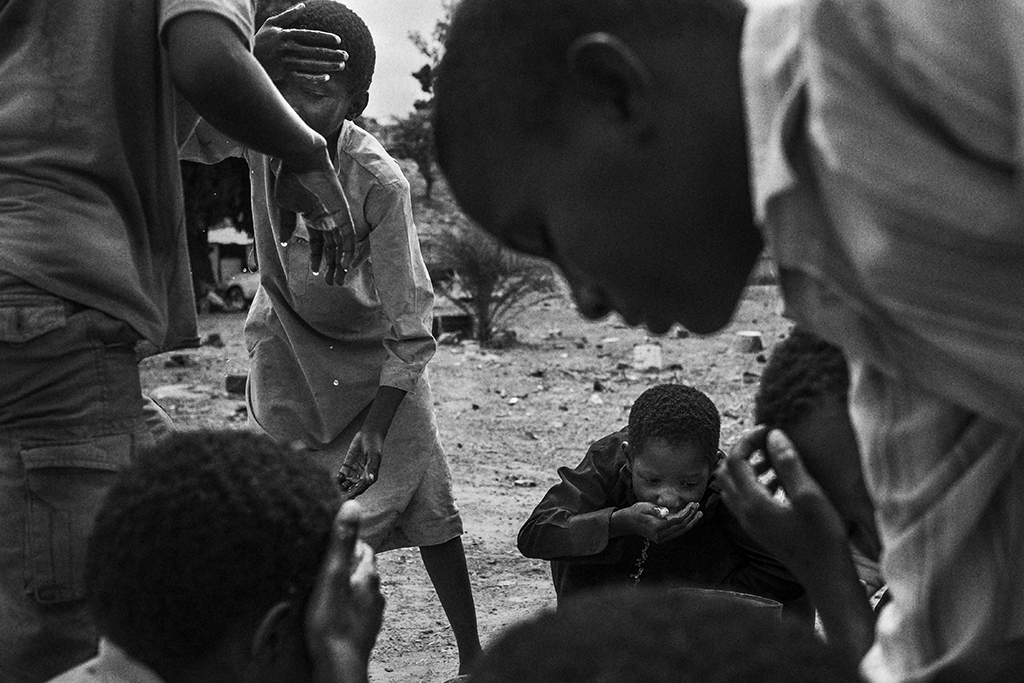 Children that used to be talibes cool off at SOS Talibe Center in Bafata, Guinea-Bissau, June 8, 2015. The Center received 45 cases of talibes returning from Senegal in 2014. Some of them ran away from daaras but others were handed over to the authorities by Marabouts when brought to the courts.

Guinean military police approaches a group of children walking through a forest area near Bissau border, Guinea-Bissau, June 15, 2015. Earlier in March 2015, Guinea-Bissau authorities found 54 children hidden inside five vehicles that were crossing the border to Senegal but Senegalese authorities continue to fail to prosecute traffickers.