Finalist of the 2020 FotoEvidence Book Award with World Press Photo

What I experienced in the Philippines felt like a new level of ruthlessness: police officers’ summarily shooting anyone suspected of dealing or even using drugs, vigilantes’ taking seriously Mr. Duterte’s call to “slaughter them all.” The sounds of families mourning their loved ones still echo’s and blood runs through the streets, as long as the “campaign” continues. “They are slaughtering us like animals,” said a bystander at a crime scene, who was afraid to give his name. Duterte has vowed to continue his anti-drug campaign until his term ends in 2022. In July 2018, he again pledged to continue the “war on drugs,” saying “it will be as relentless and chilling as on the day it began.” According to the Philippine Drug Enforcement Agency (PDEA), 4,948 suspected drug users and dealers died during police operations from July 1, 2016 to September 30, 2018. Nevertheless, activists calculate that the death tolls of the three-year-old drug war rises as high as 27,000. According to the Philippine National Police (PNP), 22,983 such deaths since the “war on drugs” began are classified as “homicides under investigation.” The victims, suspected users and pushers, are not afforded any semblance of due process, and are killed just about everywhere imaginable — on the sidewalk, on train tracks, in front of a girls’ school, outside 7-Eleven stores, across bedroom mattresses and living-room sofas. Duterte has also vowed to protect police officers and agents carrying out the “drug war” from prosecution. Except for a few high-profile cases, the killings have not been investigated. 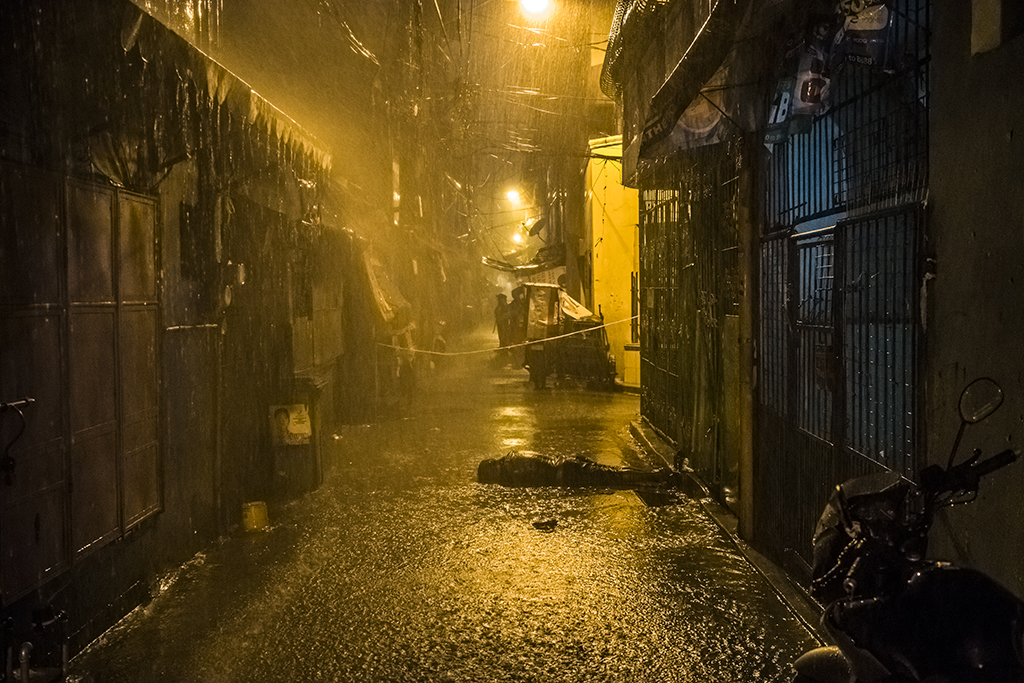 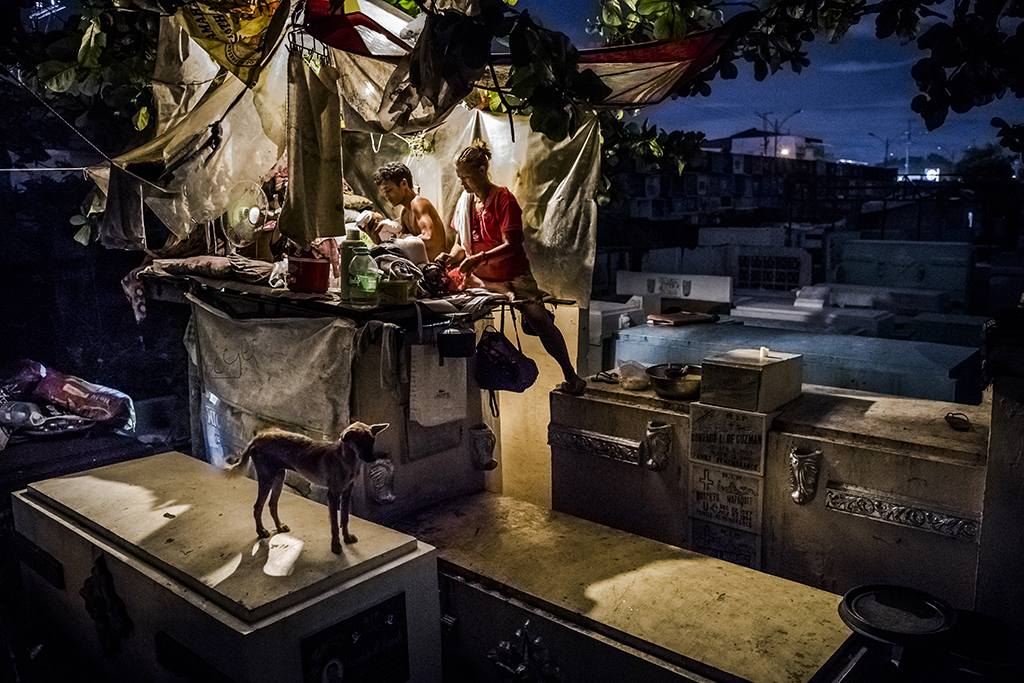 MANILA, PHILIPPINES - OCTOBER 16: A family who live  in a tent erected atop of a tombstone, feed their two-month old twins at the Manila North Cemetery where many victims of country's war on drugs are buried on October 16, 2016 in Manila, Philippines. 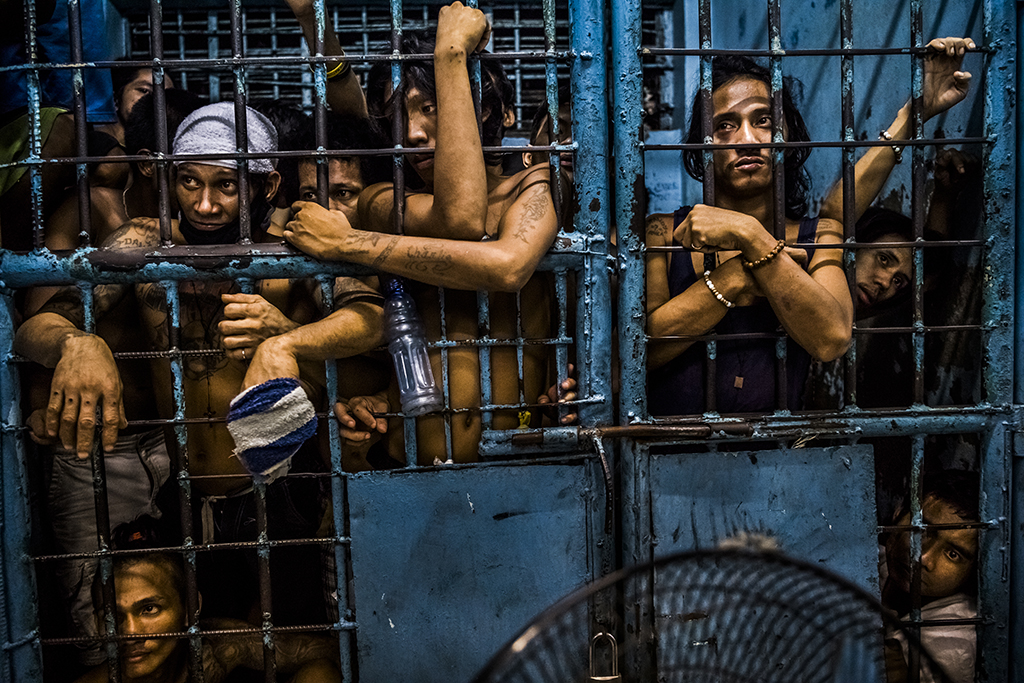 MANILA, PHILIPPINES - OCTOBER 12:  Inmates watch as drug suspects are processed inside a police station on October 12, 2016 in Manila, Philippines. Photo by Daniel Berehulak for The New York Times 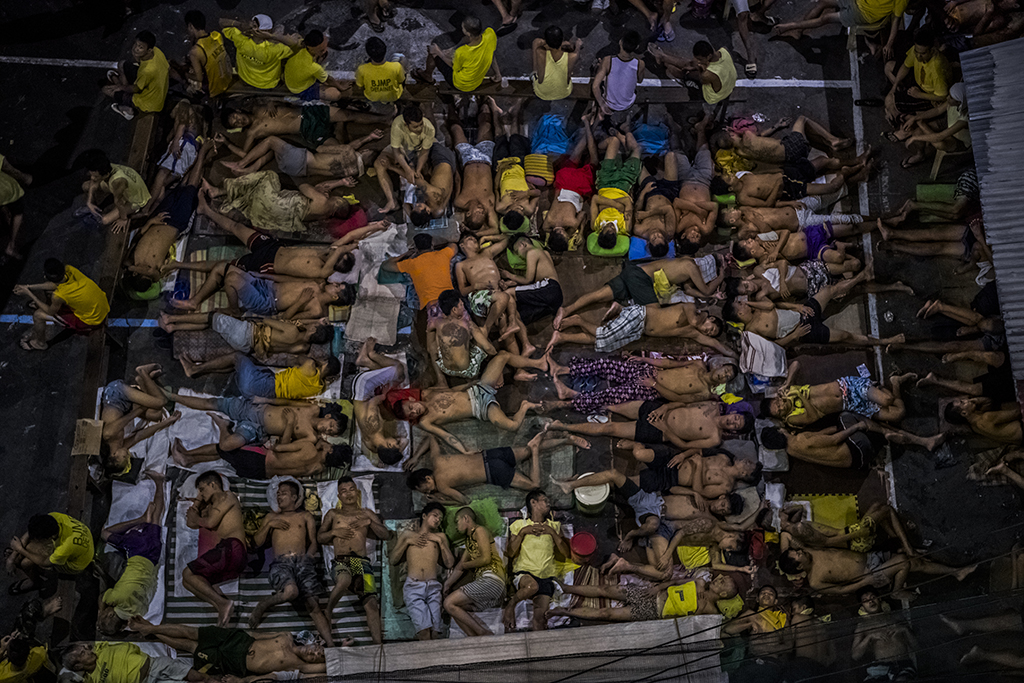 QUEZON CITY, PHILIPPINES - OCTOBER 19: Inmates sleep on a basketball court in an overcrowded prison where inmates take turns to sleep on any available spaces at Quezon City Jail, one of the country's most congested jails on October 19, 2016 in Quezon City, Philippines.  There are over 3,500 inmates at the jail, which was built six decades ago to house 800. 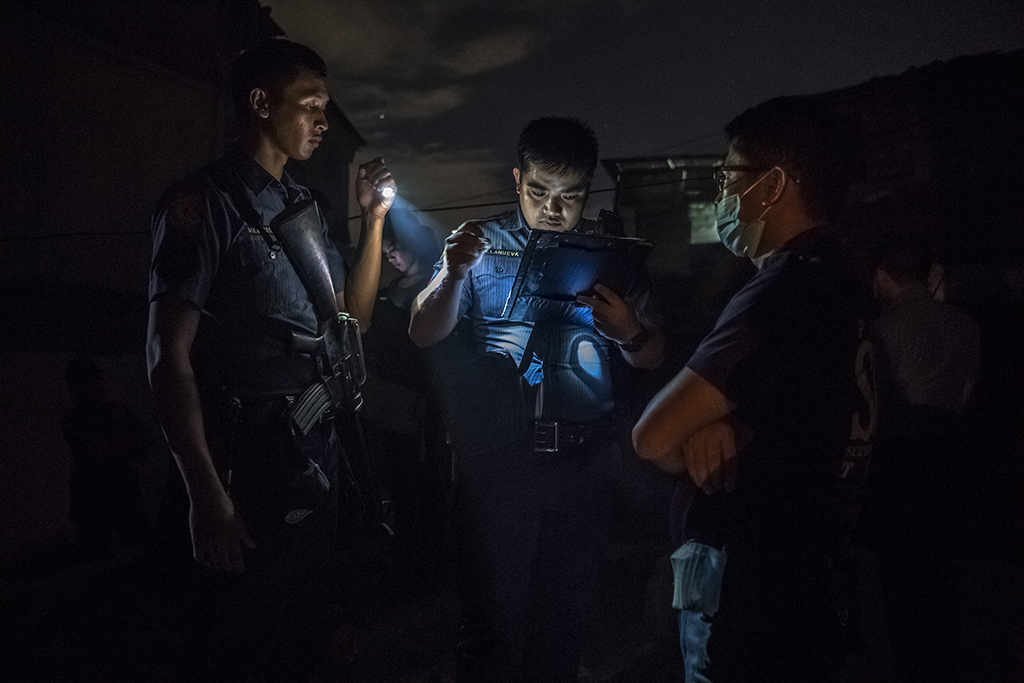 MANILA, PHILIPPINES - OCTOBER 24: Scene of the Crime police investigators, Police collate a report on the buy bust operation against Ronald Kalau, that left him dead on October 24, 2016 in Manila, Philippines. Police claim the man drew a 0.38 calibre hand gun when he sensed somethign was wrong with the alleged purchase of methamphetamine. The police gunned him down. According to neighbors the house was being used as a drug den. Photo by Daniel Berehulak for The New York Times 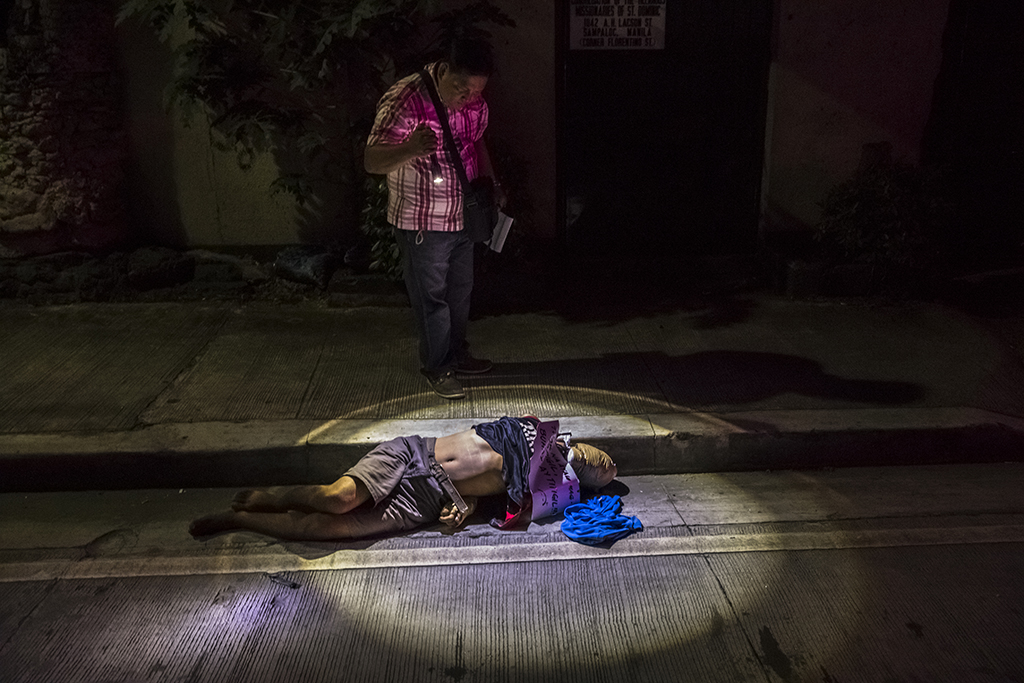 MANILA, PHILIPPINES - OCTOBER 1: Scene of the crime police investigators, SOCO, examine the body of a man, a summary execution victim, found dumped on the side of the road with his hands tied around his back and his head wrapped in packaging tape, in Sampaloc on October 1, 2016 in Manila, Philippines. A piece of paper was found attached around the victim's neck with a message: "Tulak na ayaw magpapigil, buhay ay titigil (A pusher who won't stop will have his life ended)." Such messages are often found attached to the bodies of those killed in summary executions, unofficial murders that the government claims they have nothing to do with. They are a warning, left by supposed vigilantes, to strike fear into those who would use or sell drugs. Photo by Daniel Berehulak for The New York Times