Winner of the 2018 FotoEvidence Book Award with World Press Photo

The gathering at Standing Rock was a dance between the modern and the ancestral. It was the epicenter of the awakening of humanity. For over seven months, I lived at the Oceti Sakowin Camp near the Standing Rock reservation in North Dakota, documenting the opposition to the Dakota Access pipeline. Thousands of tribal nations and allies gathered in peaceful prayer and created a worldwide movement. They called themselves Water Protectors.

I was told by a Lakota elder at the camp that traditionally women are the guardians of Mni Wiconi (water of life) because they carry the sacred liquid when pregnant. Men are the guardians of the fire, energy that destroys and renews. With that conversation my perspective shifted and I started to understand that what was happening was something beyond opposition to another big oil extraction project. For the first time in current history, people from all four directions stood together as one and I was privileged to document it all from an indigenous perspective.

My intention for this body of work is that the next seven generations can learn from it. Indigenous peoples across the planet have been enduring displacement from their land, ceremonies, and languages for hundreds of years. Yet we all carry a collective genetic memory that tells us we are all indigenous to the Earth. Standing Rock was also a turning point in my development as a storyteller. I found that the camera was my tool and the images were my medicine. 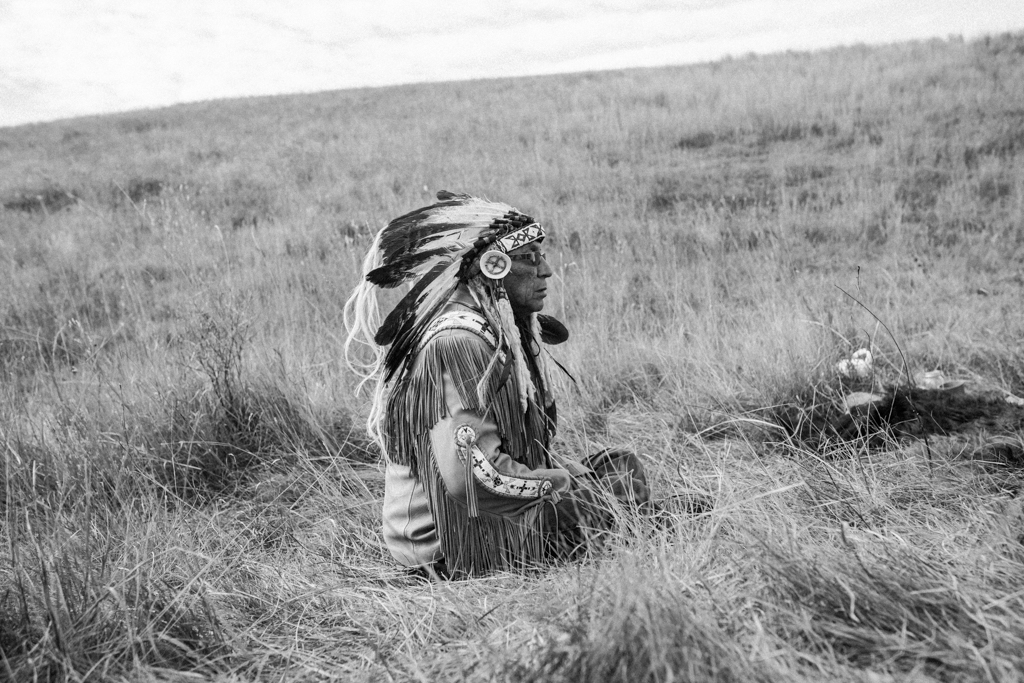 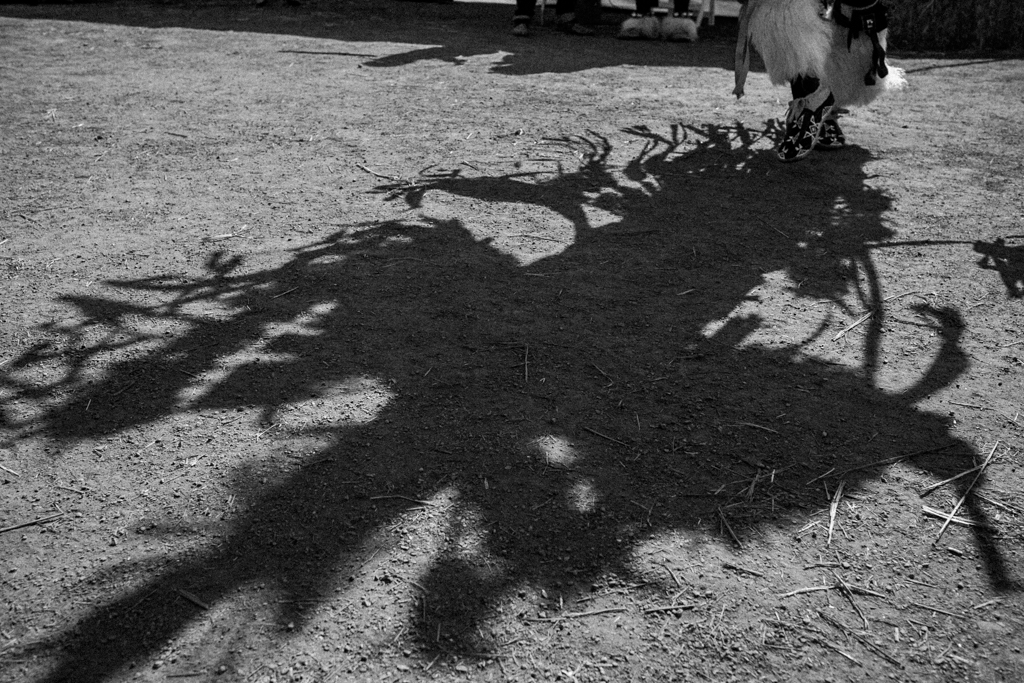 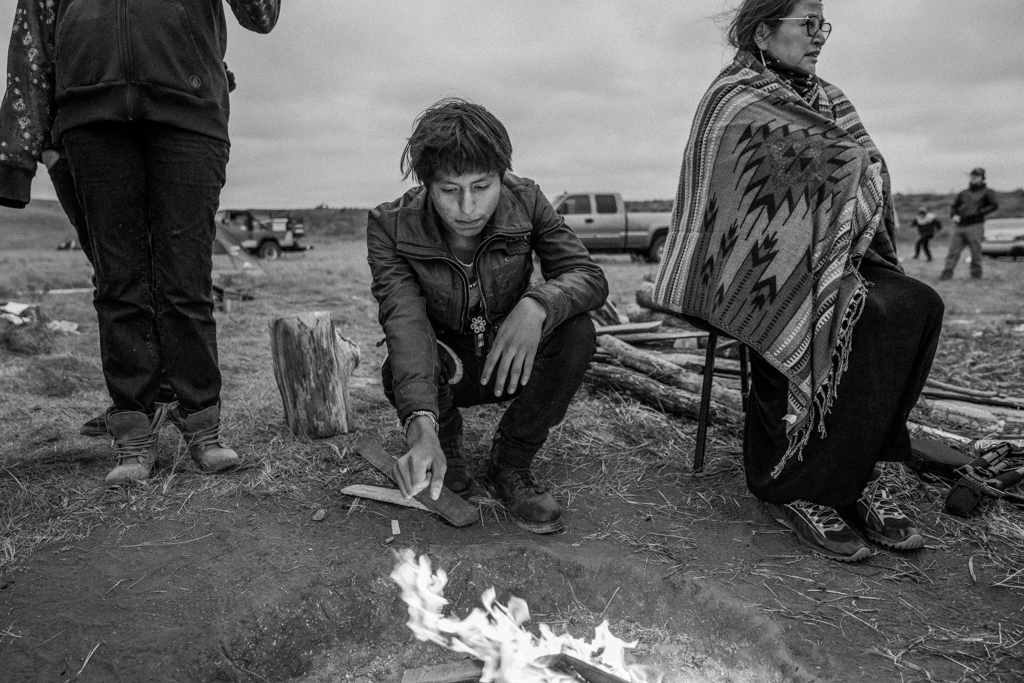 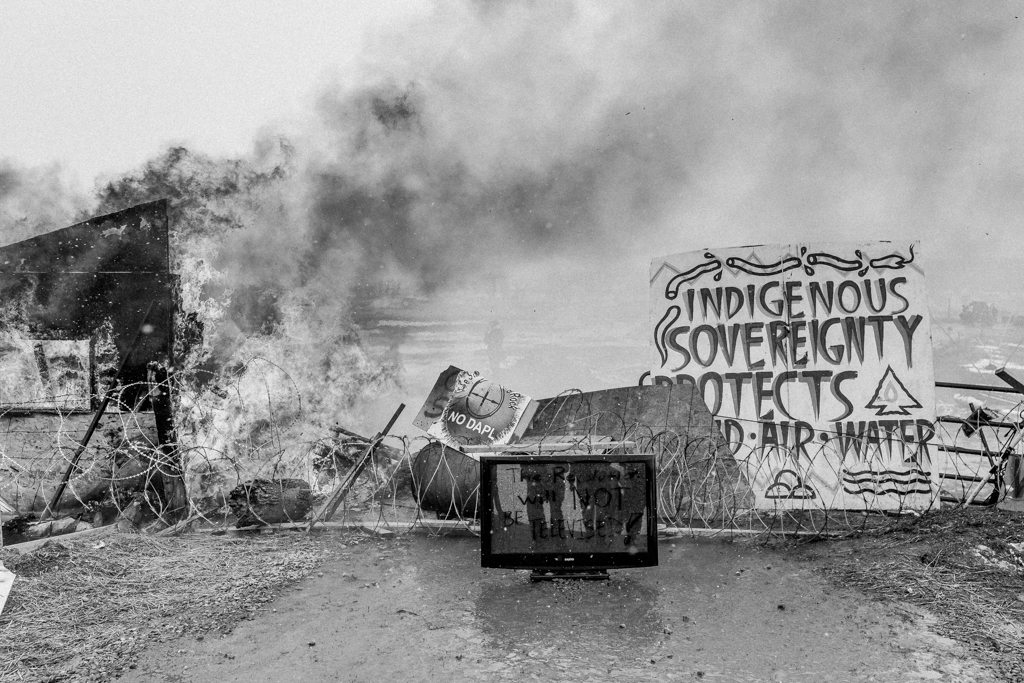 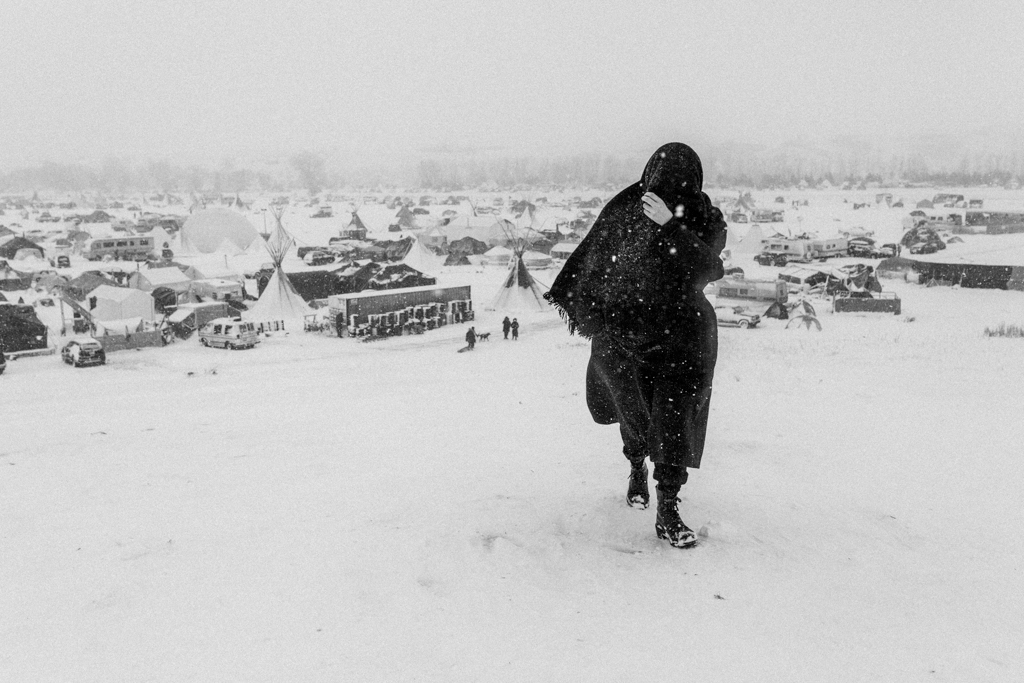 A woman walks in the snow during a blizzard, Cannon Ball, ND, November, 2016 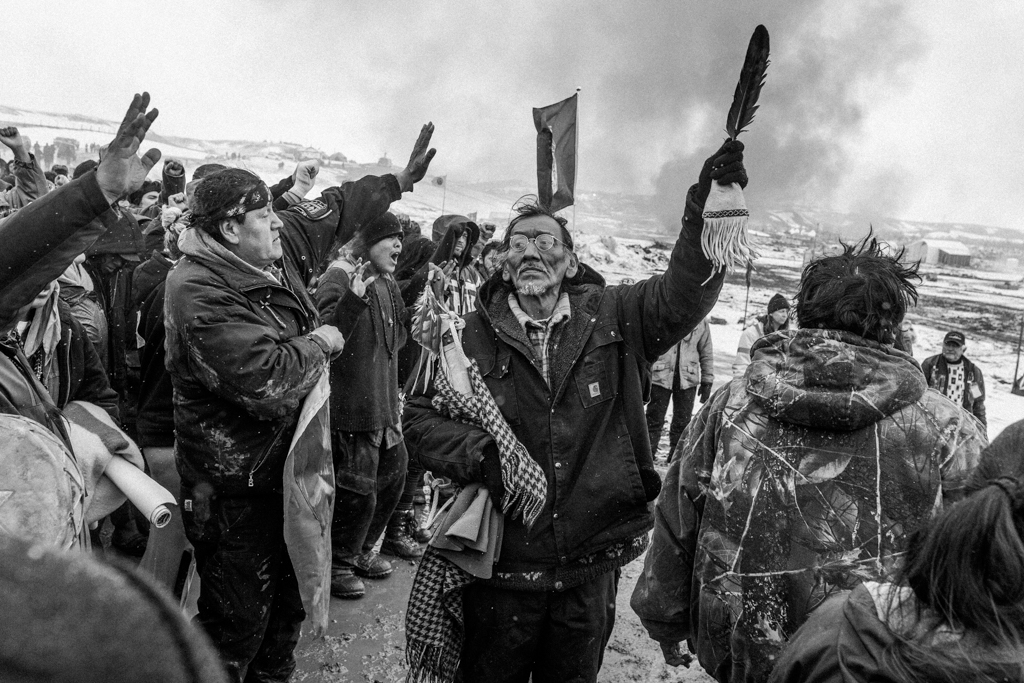 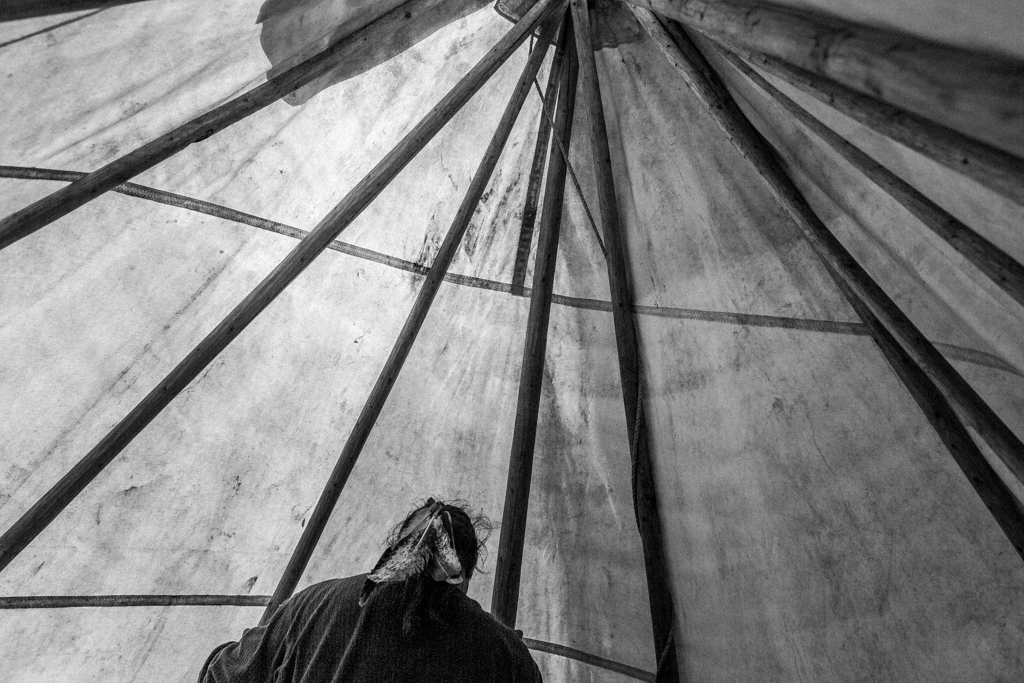 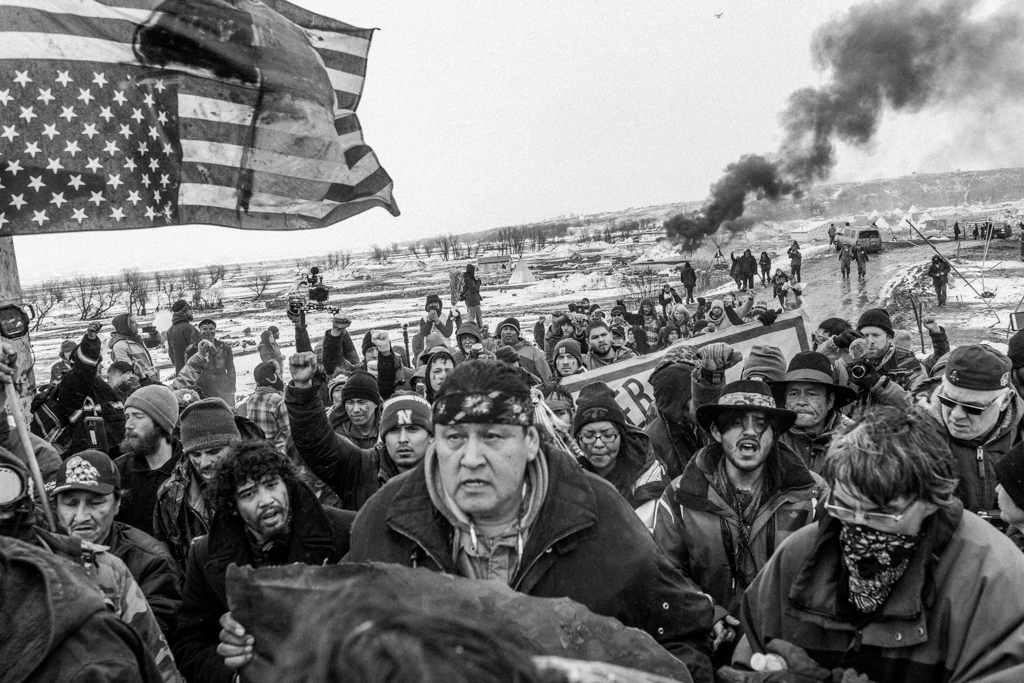 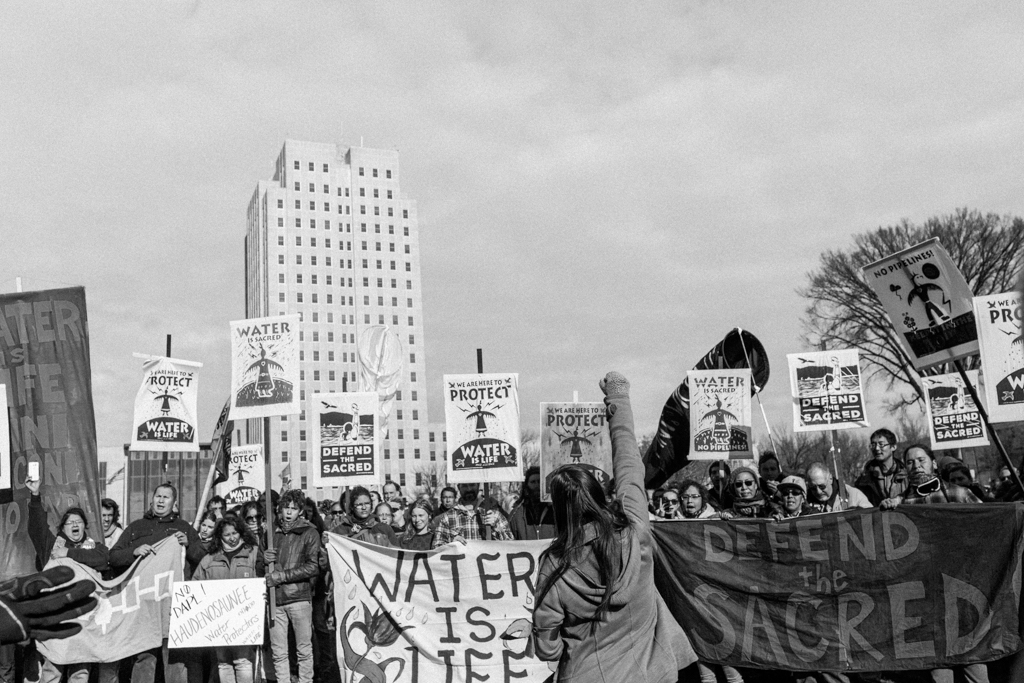 A group of Water Protectors gather to pray at North Dakota's state capital Monday, November 14, 2016.  The group was led by young indigenous activists and their allies. Bismarck, ND. 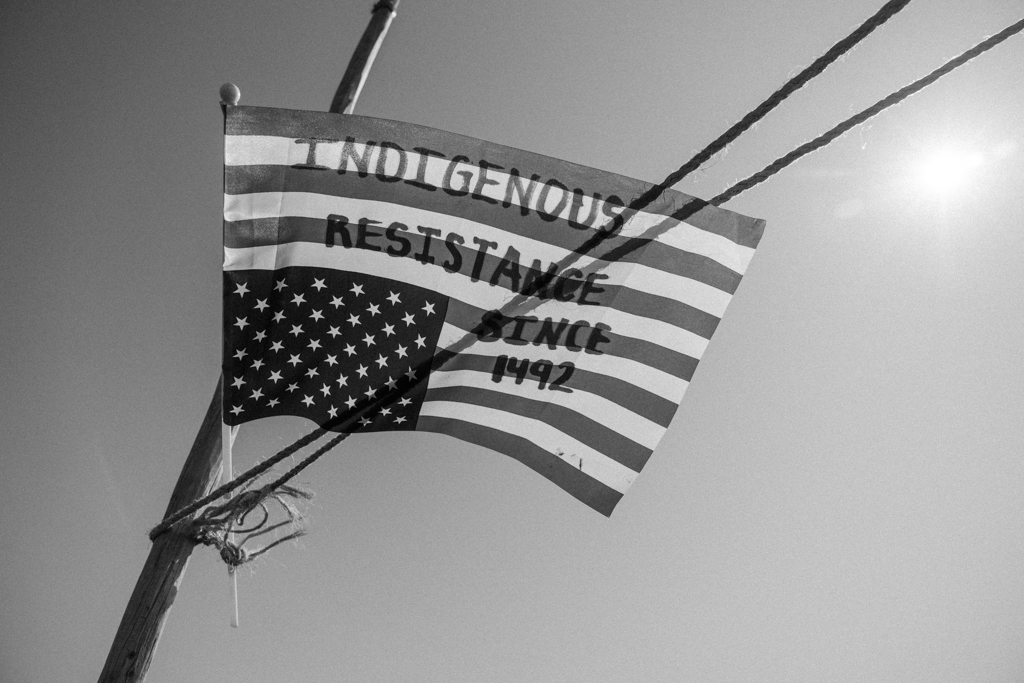 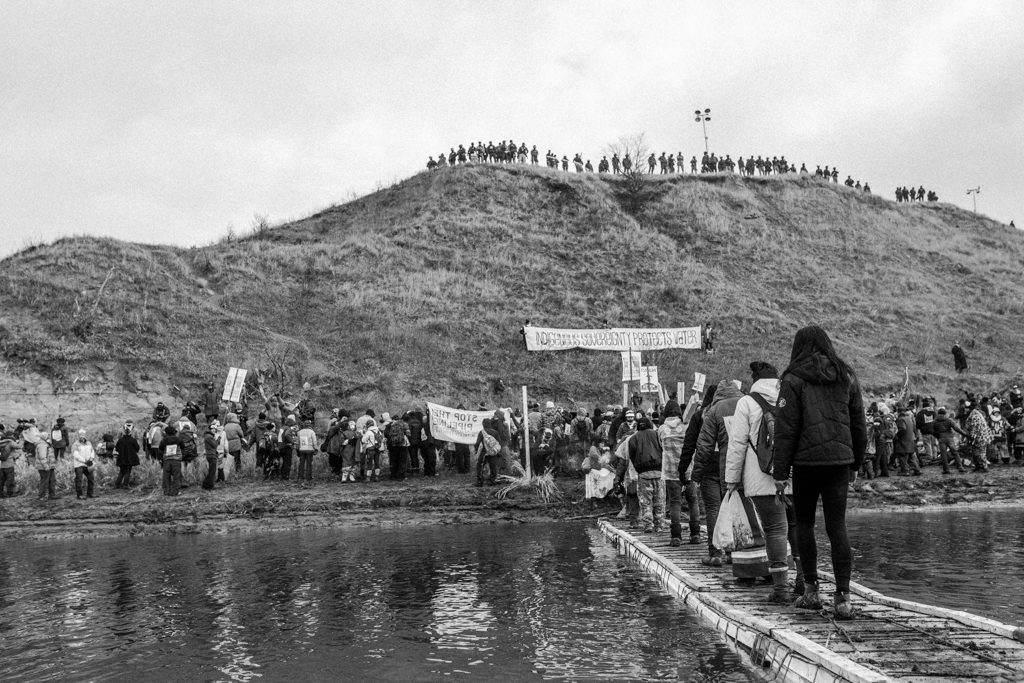 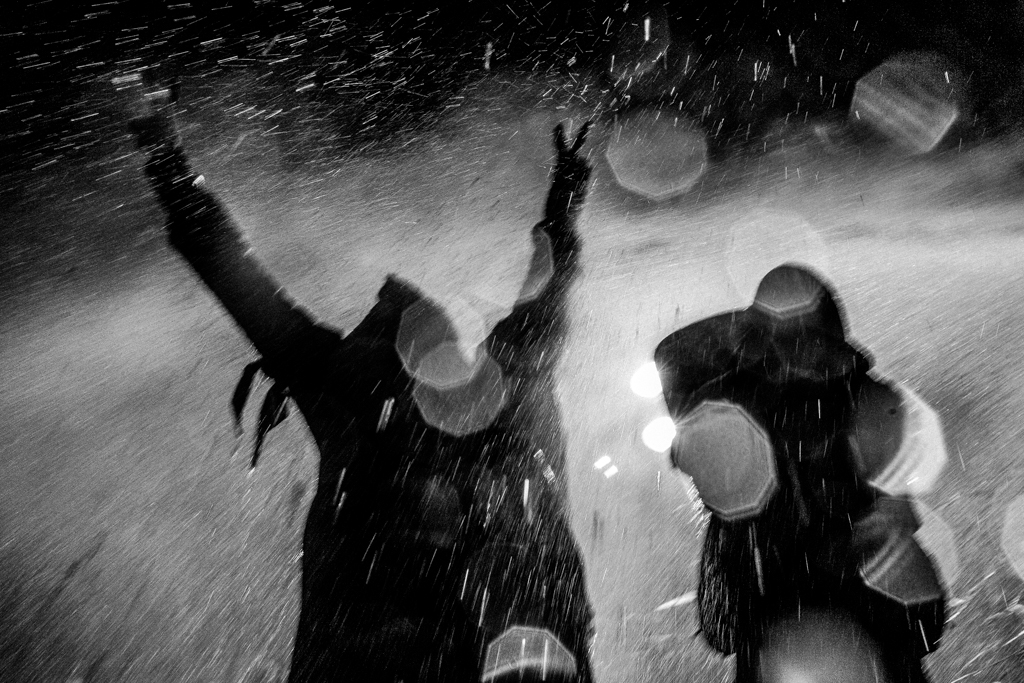 Two men get sprayed by law enforcement with high pressure water during a demonstration near the Oceti Sakowin Camp, Cannon Ball, ND, November, 2016