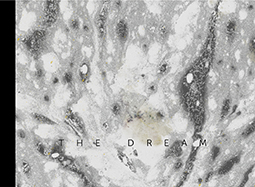 The Dream by Fabio Bucciarelli

The Dream is selected among the Best Photobooks of the Year 2016 by TIME magazine.

Fabio Bucciarelli is a freelance photojournalist who has followed the story of refugees fleeing the revolutions and wars that followed the 'Arab Spring' since they began in 2011.

When the first refugees - immigrant workers from Bangladesh and sub-saharan countries - were fleeing from violence in the Benghazi region of Libya, Bucciarelli recognized the tremendous suffering and intractable situation facing them.   There were hundreds of men and women struggling to flee the conflict: a river of souls who came to Libya to work and found themselves in limbo, in a foreign country torn by war with no way of returning home.

From these first encounters with refugees, Bucciarelli has dedicated himself to documenting the causes and consequences of this stream of humanity fleeing conflict.  His work has taken him from Sicily to Syria, Libya, Turkey, Iraq, Tunisia, Egypt, Serbia, Macedonia and to the small Greek island of Lesbos where refugees  arrived from Turkey by the boatload every day.

Bucciarelli calls his book “The Dream” because, without a dream to sustain them, the people who make up this remarkable stream of humanity could never make the torturous journey in search of refuge. "The Dream" tells their stories, reveals their humanity and shows the strength of people who are sustained by a dream to be free of war, to find safety, to recover their dignity and to build meaningful lives again.

Bucciarelli has received the Robert Capa Gold Medal for his work from Syria and many other awards including Picture of Year in 2015 in a special category “Exodus” addressing the refugee crisis. He was selected twice as a finalist for the FotoEvidence Book Award.

“The Dream” is a hardcover book measuring 24 x 33 cm, containing186 black and white images,  with an introduction by Peter Bouckaert, Emergencies Director for Human Rights Watch and Fabio Bucciarelli.