The war in East Ukraine is now entering its third year. At present, shelling is the preferred military tactic, leaving more than 9,500 people dead and 1.500,000 people internally displaced. I have been following this conflict since its start in the East. It was the third stage in a developing situation that began in Maidan, Kiev.

Both sides of a conflict sometimes use a territorial dispute to manipulate and control entire populations that had previously shared a geographical or cultural space peacefully.  Reality is changed throughout an entire region by the fracturing of space to the tune of political agendas that are unconcerned with the populations involved. In the case of East Ukraine, a shared Christian upbringing ironically comments on the slaughter that has victimized Pro Russians and Ukrainians alike.

The harmony, however difficult to achieve between two different populations, may well have benefitted from the ideals of a Christian faith but this peace, a sustainable reality in a complex region, has collapsed in the face of war. Geographically, the space shared by a largely devout and culturally similar people has been fractured by a discourse claiming historical priorities, fear of foreign influence and political sovereignty. Today, one sustainable space of coexistence and productivity has become two opposed, entrenched and bloody zones in a tragically frozen conflict.

For the people in the Eastern Ukraine, the present horrors of war and its evolution have fractured all perception of familiar space traumatically, something which I have found myself documenting with dreadful insight. 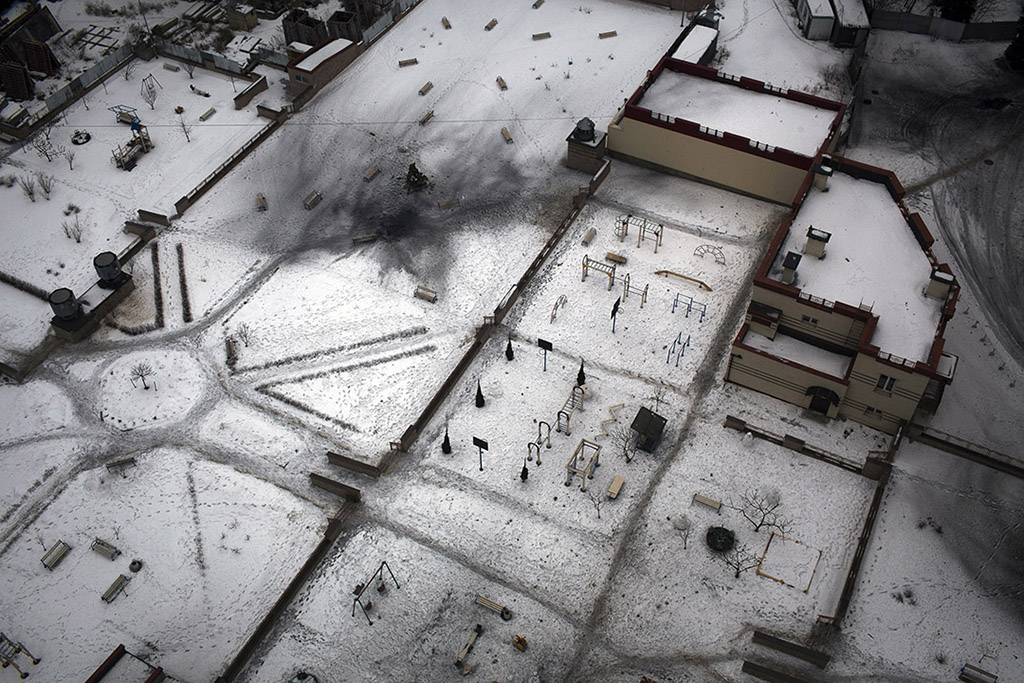 The aftermath of shelling in a residential area of Donetsk. 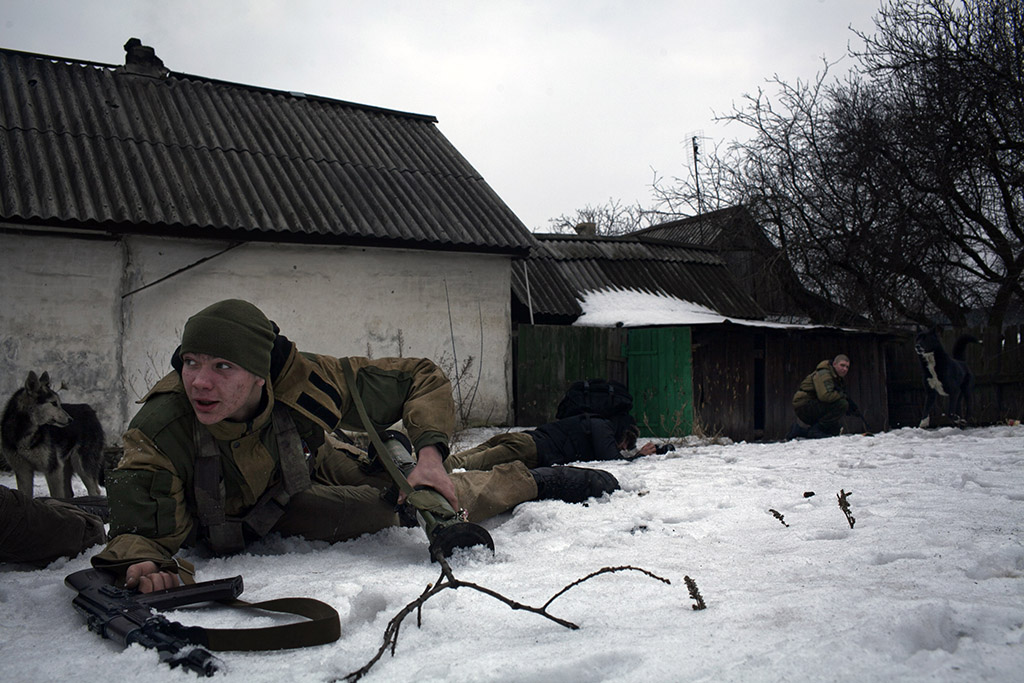 A pro-Russian rebel ducking to the ground after an artillery barge hitt very close to his position on the frontline, near Gorlivka, East Ukraine. 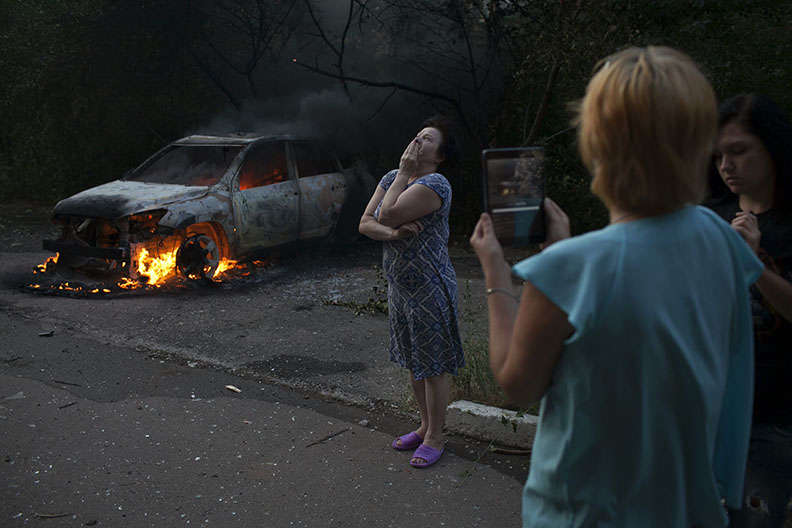 Local residents react after shelling of their neighborhood in central Donetsk. 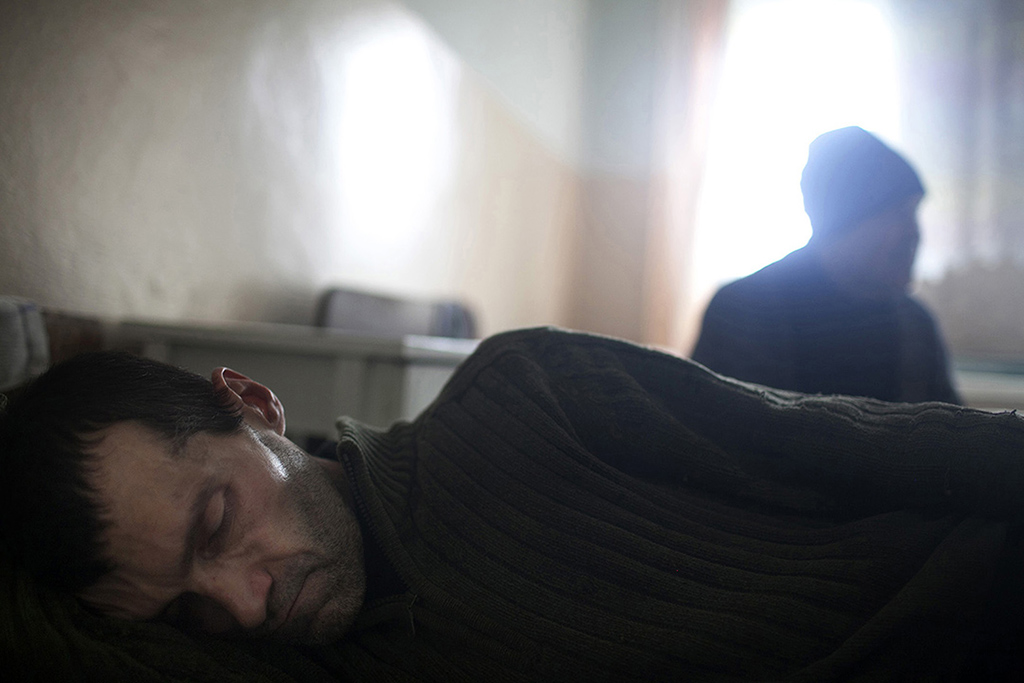 Residents of Petrovsiky district take refuge in the local hospital, after heavy shelling came near their houses which are closer to the frontline. 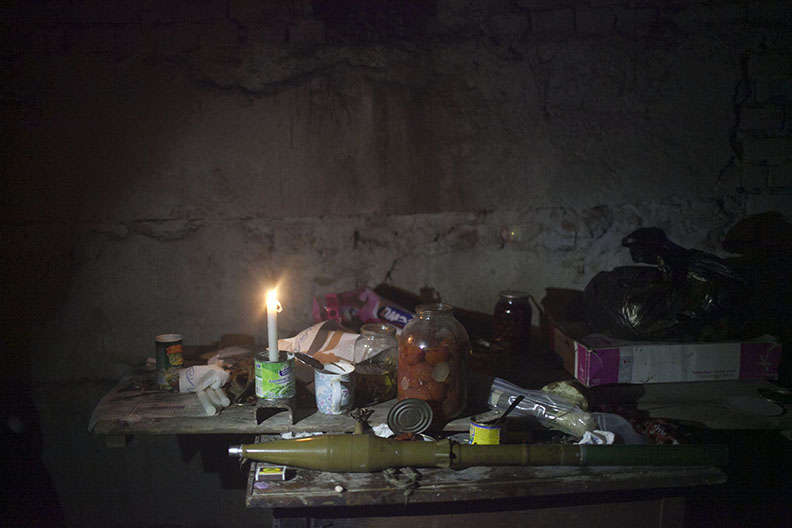 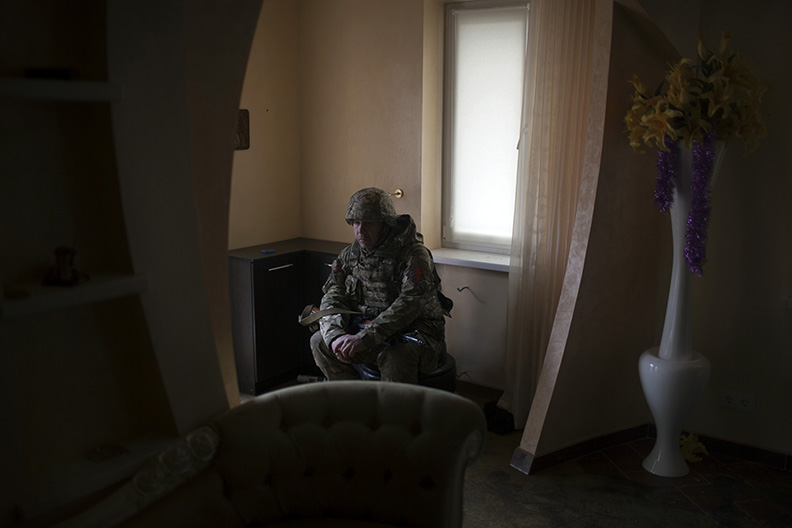 A UA army soldier takes rest in a house that was destroyed by shelling, at the frontline in the city of Schastye . The meaning of the name is, “happiness.” 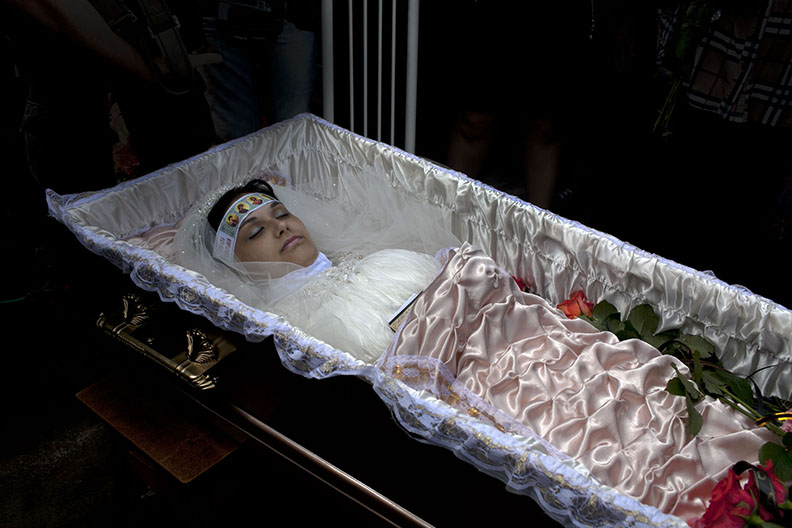 The funeral of Yulia Izotova, a 21-year-old nurse who was killed in fighting between pro-Russian protesters and the Ukrainian military, in Kramatorsk, Ukraine. 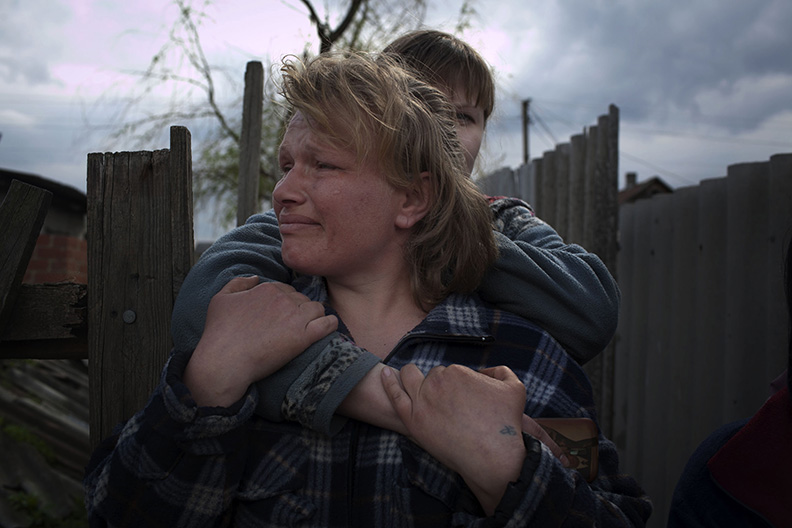 Neighbors and friends of Pavel Pavelko, 42, mourning during his funeral procession in Alexandrovska village, 15 kilometers (9.3 miles) from Slovyansk. He was one of three pro-Russian militiamen killed in a shooting by unknown gunmen at a checkpoint. 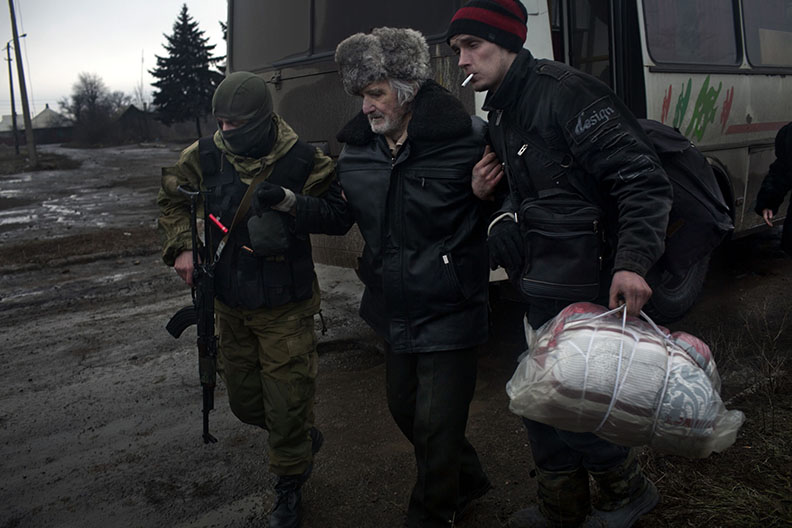 An Ukranian Army solider helps local residents of Debaltseve to evacuate from the city. Debaltseve was a scene of heavy fighting between Ukranian Army and pro-Russian rebels, eventually it fell to rebel hands.

A grave of a civilian who died as a result of shelling on his house, in the village of Pisky.