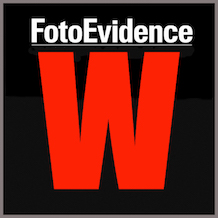 La Puente is the biggest brothel in southern Ecuador, in the city of Machala, where 170 women are working. The word puente means bridge, in Spanish a masculine noun, el puente, adapted to ﬁt the context and feminized – La Puente.The photos were created in collaboration with the women, who chose their own poses and later painted with nail polish on the Polaroids. The nail polish was initially used to provide anonymity but quickly developed into a creative instrument, and a way to beautify the world within the brothel. Not only their selected poses, but also the use of nail polish tell about the women’s inner and outer perceptions, raising questions as well about the sexualized picture of women in our societies. Working with Polaroids and nail polish gave them the possibility to control and personalize their own photos, breaking down the power structures in the artistic production itself, by letting the women enter the creative sphere. "When I ﬁrst heard of La Puente, I was 18 years old and living in Machala, banana plantations, a bridge, a compound on the right side, a dusty road leading to it, and suddenly a traﬃc jam. Surprised, I asked surprised for its reason, here outside of the city. "It’s our brothel, the biggest in the province,” answered my male friends laughing. Ever since, I was wondering how the world within the brothel would be. Ten years later, I visited La Puente for the ﬁrst time. Since then, hundreds of Polaroids, interviews and videos were made. I was given bed sheets by the women, which became part of the work and exhibitions. They are the only personal items in the rooms of La Puente, breaking its monotony."Most of my male friends went to La Puente. Sometimes maybe just to look at women, but they went. And this was probably the point, when I realized that girls and women are not as free as boys and men in our societies, but also in developing our own sexualities. Since childhood I had a keen sense of justice, and fighting for more equality, diversity and justice has become essential in every of my works and is my personal motivation to be an artist. La Puente is very much connected to my time in Ecuador, as an 18-year old girl, but also now as a woman, aspiring for change to a more equal society.The publication of the book La Puente is supported by The VII Academy, the Grodzins Fund and indivdual contributors.