They are called, zeru zeru, which in Swahili translates to the ghost people - these are the persecuted people with albinism (PWA) in Tanzania.Currently, Tanzania holds the world’s largest population of people living with albinism with 1 in every 1,400 individuals.... But for country with such a large albinism population there is little awareness on the fact that albinism is a genetic condition. Witchcraft is at the root of Tanzanian culture, and  ‘Albino elixir’ has become a formula of which witch doctors brew albino body parts fueling beliefs. They spread the lie that these potions bring wealth, power, and good fortune.  As a result of these misconceptions, the albinism population lives under the daily threat of abuse, abductions, and ritual killings.When human rights are ignored, the marginalization of certain persons within a society prevent such a group from becoming involved and benefitting from development. People with albinism have been rendered worthless by a society that denies their existence, yet their bodies hold a high commercial value for those that believe they hold magical power.  These individuals live their entire life hidden. Hidden from the sun, hidden from light, hiddenfrom others, hidden in the shadow of the world.This visual advocacy project "The Ghost People of Tanzania"explores the identities of 50 Tanzanian people with albinismThe aim for every photograph produced is to combat the discrimination and attacks against people with albinism through education and advocacy.  To allow individuals to tell their own story rather than someone tell it for them drives towards breaking the cycle of injustice, poverty, and marginalization.   By pushing the boundaries of the medium, in the means of 300 large-scale diptychs, these photographs are displayed in communities throughout Tanzania as a means of a public space for an encounter between a subject and its audience. Through powerful testimony and public art, this project aims to create a bridge for Tanzanian society to become informed of the condition and advocate for the inclusive human rights of people with albinism.  explores the identities of 50 Tanzanian people with albinism. 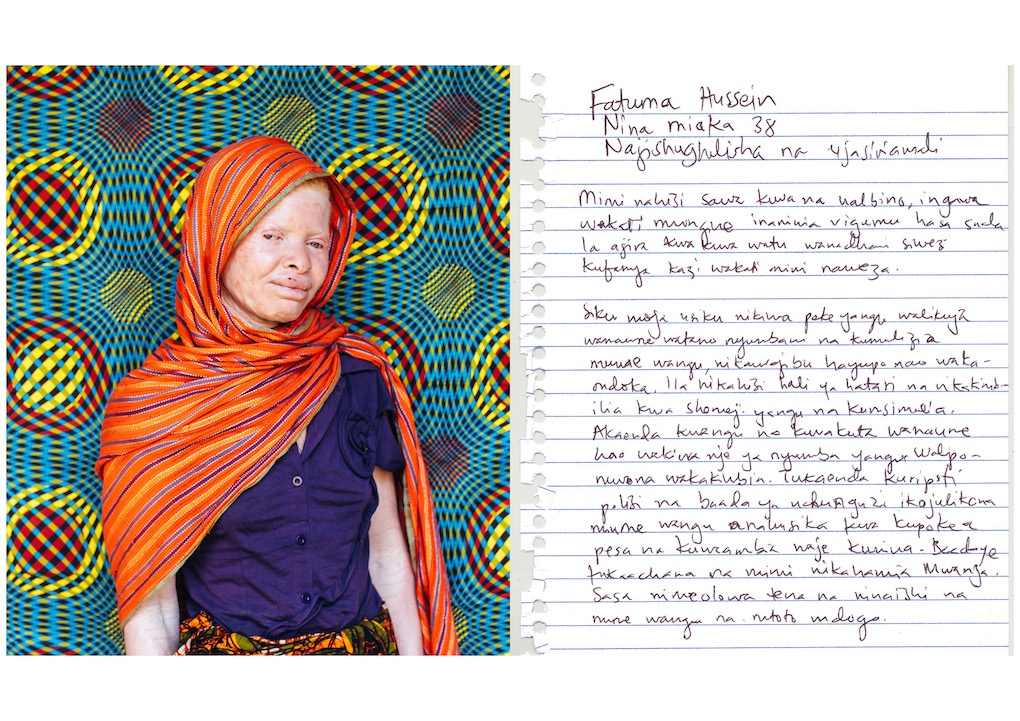 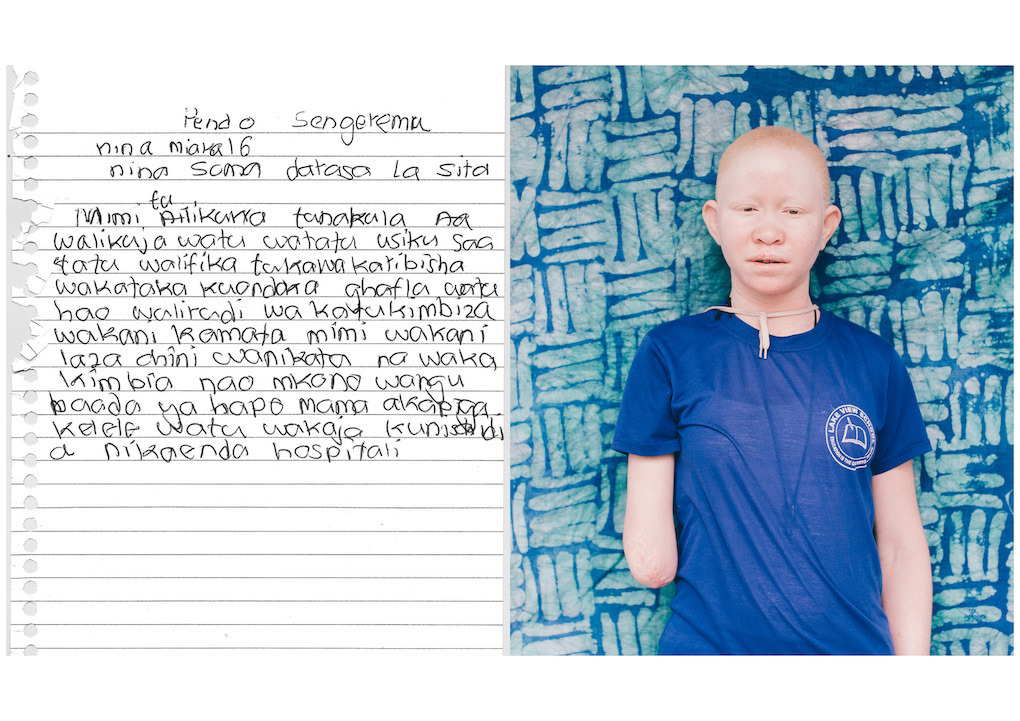 Pendo Sengerema: I am 16 years old.

It was 9 pm and we were having our dinner, then three strangers came and we welcomed them, but immediately they asked to leave. Suddenly, those people came back and started chasing us. They caught me and pinned me down and chopped off my arm and ran away with it. Then my mother started screaming and neighbors came to help and took me to the hospital. 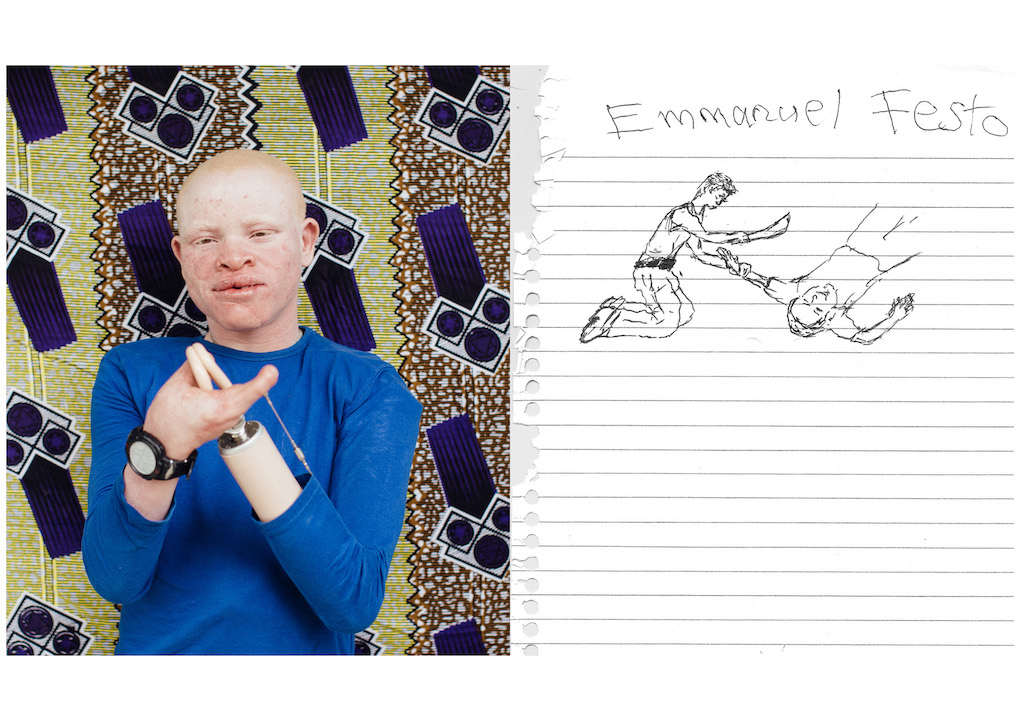 A drawing of his attack. 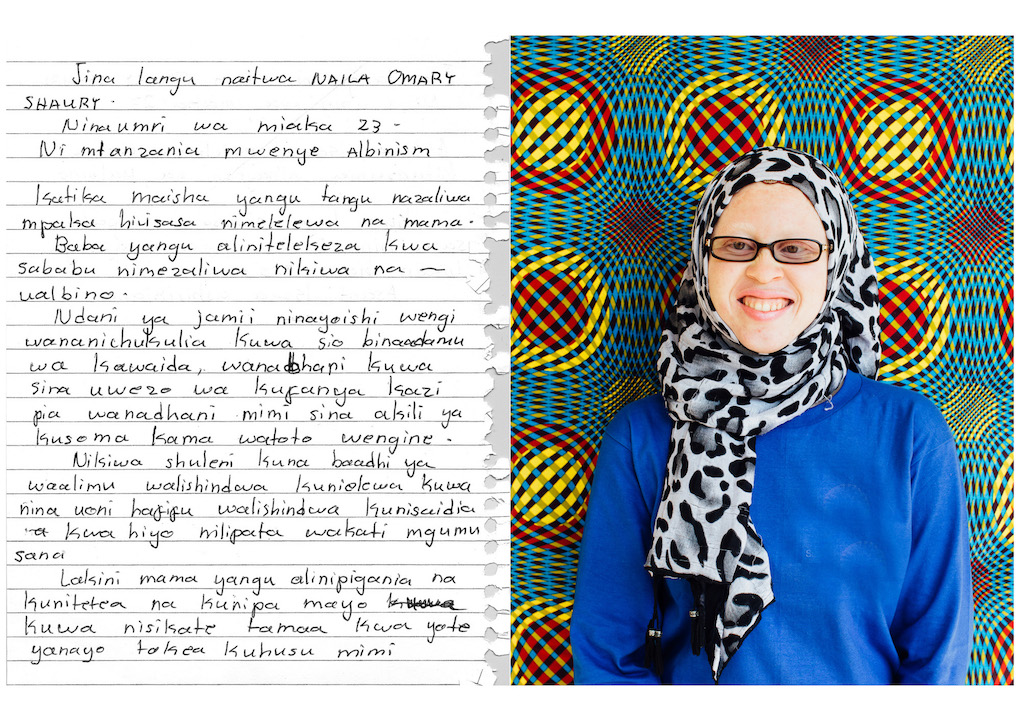 My name is Naila Omary Shaury and I am 23 years old. I am a Tanzanian with albinism.

In my life, ever since I was born I have been raised by my single mother alone. My father abandoned me because I was born with albinism.

In the community that I live in, many people consider me not a normal human being. They think I am unable to do work and they thought I don’t have the brains to study as other children do.

When I was in school there were some teachers who didn’t understand that I have a challenge of low vision, they couldn’t help me and so I went through a very hard time.

But my mother struggled for me and supported me and gave me hope, that I should never give up for all the things that happen to me. 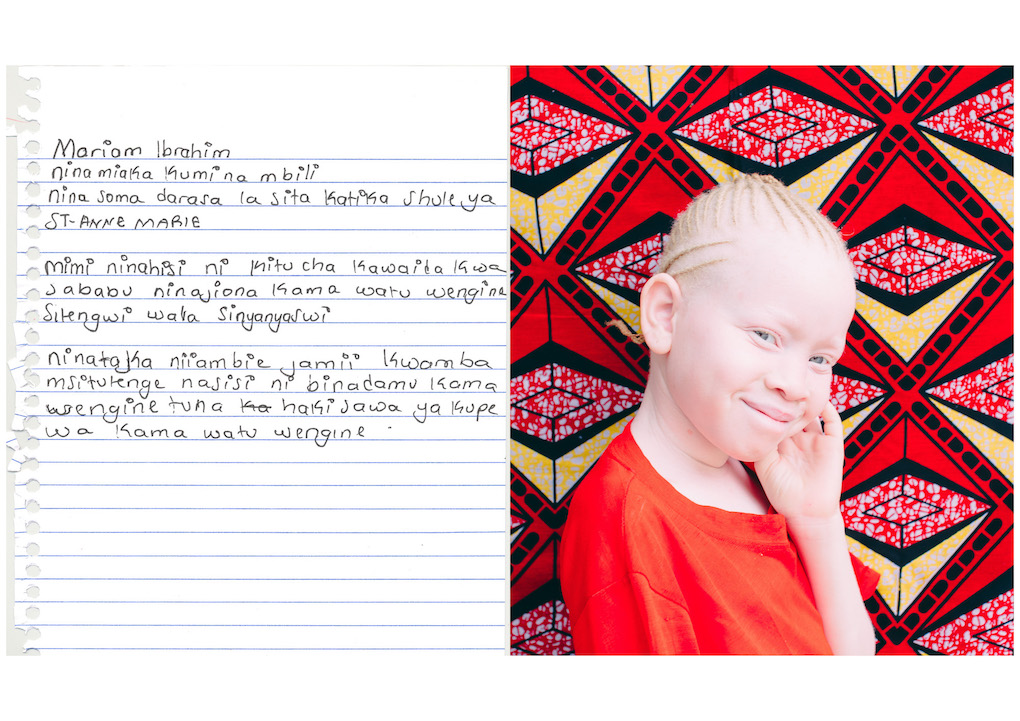 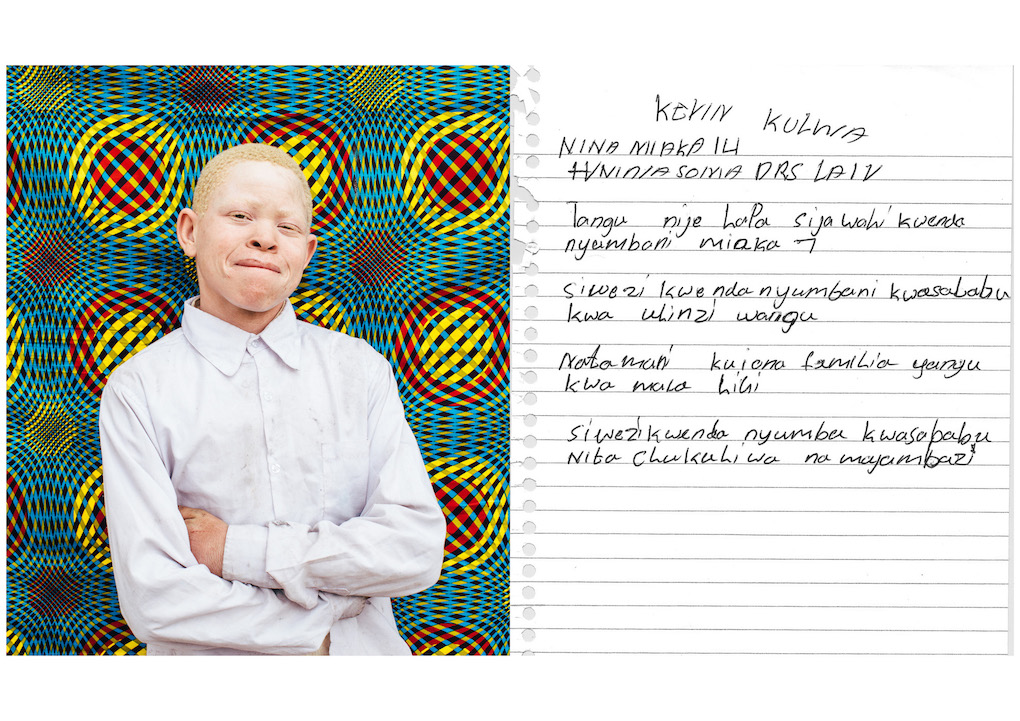 Since I came here (government center), I have never been back home for 7 years now.

I can’t go home because of my safety.

I wish to see my family again.

I can’t go home because I will be kidnapped by the thugs. 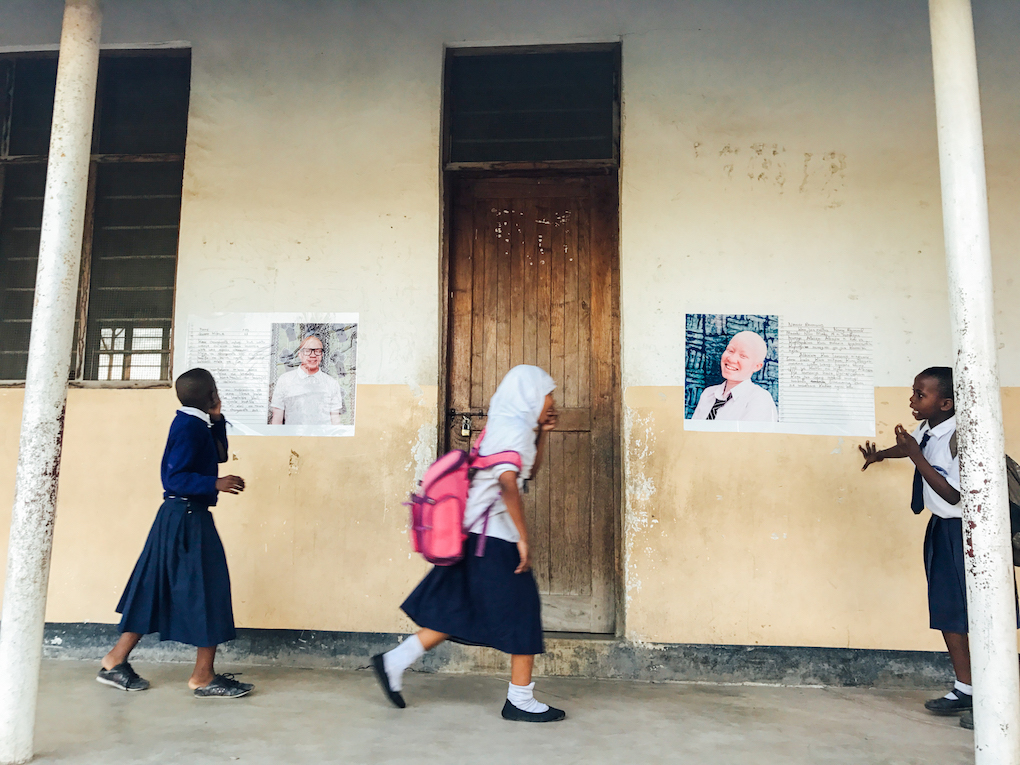