Zoriah is an award-winning photojournalist whose work has been featured in some of the world’s most prestigious galleries, museums and publications. Zoriah's clients include Newsweek, The New York Times, BBC News, The United Nations, CNN, NBC, CBS, ABC, PBS, NPR, The Wall Street Journal, Fortune and many others. In addition to his journalism clients his photographs also appear in Glamour, Rolling Stone, Cosmopolitan, GQ, Elle and countless other top publications. With a background in Disaster Management and Humanitarian Aid, Zoriah specializes in documenting human crises in developing countries. His vitae not only lists photographic achievements and study, but also the in-depth training and experience necessary for working under extreme conditions in some of the world's harshest environments.SB. What is you reason for becoming photojournalist?ZM. I think that there is an innate and incredible power in still images. They have the ability to produce intense emotions in the viewer and have the ability to motivate people to act. I became a photojournalist because I believe that it is important to show western eyes the way people live in the rest of the world and to motivate them know more and care more about their fellow human beings. 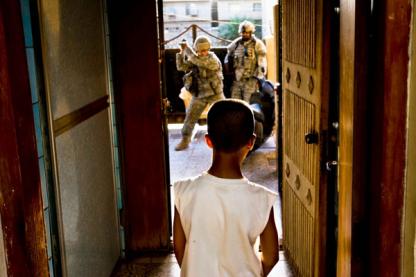 SB. Do you consider your work as a photojournalist a mission?ZM. At times I do. Sometimes it feels so big, so important and so meaningful. Other times it feels pointless. I guess it depends mainly on my own mood. But overall I do think of it as a mission, a mission to educate people and make them care.SB. Why did you choose to witness and document war and sufferings, not something else?ZM. I have always chosen to focus my work on injustice because I like to photograph situations that I think can, and should, be changed. I hope that my photos make a difference, if not now then maybe over time. 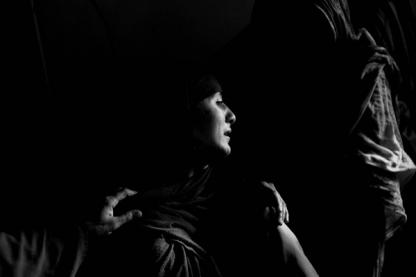 SB. Your work is focused primarily on social issues. Do you believe that your photographs can impact social injustice around the world?ZM. I think photographs do have the power to change things. I am not sure that it is the work of any single photographer, but we all work towards a common goal. Photographs educate people and education is the remedy for nearly everything that is wrong with our world.SB. Does a photograph ever lie?ZM. Yes. I might even go as far as saying that a photograph always lies. Photographs are interpreted by the individual viewer and, as we all know, individuals interpret things in their own unique ways (affected by their own biases, prejudices, personal experiences and traumas etc.) It is quite dangerous for people to believe that photos never lie.SB. Did you have an issue with objectivity versus subjectivity in your work?ZM. No. I am a storyteller. I tell stories that present themselves to me or that I search out. There will always be other stories and other points of view and I am open to documenting those as well. I will never claim that my photography is not motivated by emotions and opinion and I think that people that claim to be without emotion and opinion probably do not have enough of a heart to do this job. You have to care about people and their situations to do this work. If you did not, it would not be fair to those you document.SB. Among the images in your archive are there any that helped a truth to be exposed or actually made a difference in the world?ZM. I often get emails from people who say that they have donated money to causes after seeing my pictures, or gone out in the world to volunteer. I have had people make major life decisions after seeing certain pictures and stories. So I know that they have some effect. Obviously my goal is to have as much of a positive effect as I can on as many lives as I can. 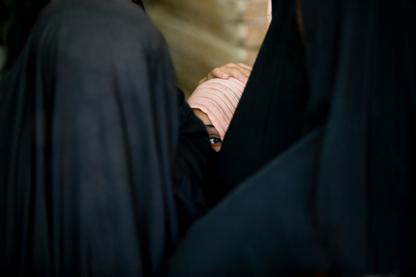 SB. What do you think limits the influence that photojournalism can have?ZM. Well, of course, censorship can do this. If people are not seeing the reality of what is going on in the world it is hard for them to make educated decisions.SB. What is the level of your self censorship as a photographer?ZM. I don't censor my images. If the situation exists, it is worth documenting, no matter how brutal or hard to look at it is. 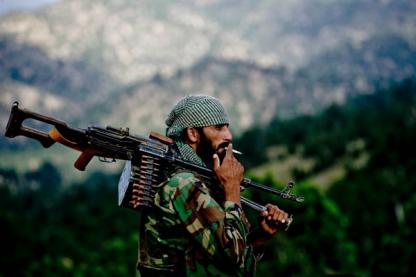 SB. Did you ever encounter outright censorship?ZM. Yes, absolutely. Editors often say that images are too graphic or disturbing to be published. If the editors don't say it, then often the advertisers will. If the end result is that the image is not published it often has to do with some form of censorship (or maybe the image was just not good enough :).SB. I personally believe that the coverage of war and conflicts should not be subject to censorship, that people should be able to see the real consequences of war. What do you think?ZM. Censorship is absolutely devastating. When photography is censored then people are not able to get a real idea of what is going on in important situations. The images are horrible and hard to look at but those that suffered through the situations had it far worse and it is our responsibility to at least look at and acknowledge their suffering.SB. Does the work you do leave scars on you?ZM. I am not sure that haunting is the right word but the things I have seen and experienced definitely stick with me and have definitely affected me and my life.SB. Did you ever have an issue with post-traumatic stress syndrome and if yes, how did you deal with?ZM. That is a hard one to answer. I am sure that I have had some effects from post-traumatic stress, but I am not sure I could identify what problems I have that comes from what. I might be able to figure it all out, but instead I try to spend my time on being healthy and happy and productive, as those things benefit me and those around me more than getting hung up on my issues and which acronyms I am being affected by :).SB. Do you carry any guilt as a photojournalist?ZM. I sometimes feel guilt about all the things I have put my family through. It is hard for them to know that I am in danger, in rough places, struggling etc. They understand and are so wonderful and supportive but sometimes I wish I could have been the type of person that is happy with a more "normal" life, one that would not be so stressful to those who care about me.SB. Did you have moments of discouragement about your mission as a photographer?ZM. Yes, all the time. I often wonder if it is worth it, if the photos really will make a difference and if the cost of taking them is, in the end, worth it. But I try not to spend too much time questioning. 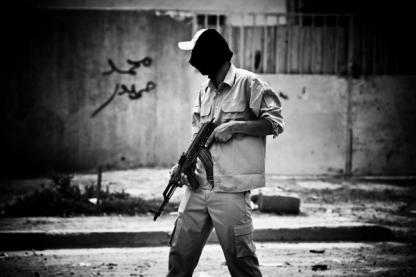 SB. What advice would you give to young photographers who want to follow your path?ZM. I think my biggest bit of advice would be to not follow my path but to follow your own path. The world needs more leaders and fewer followers. I also think it is important for people to understand that you cant un-see what you will see and you cant un-experience what you will experience. No matter how sure you are of yourself, you really have no way of knowing how this job will affect you and your life. I don't mean to turn anyone away from this work, I just want them to understand that there is a price that is paid for it.SB. Are there any stories that remain untold and why?ZM. There are so many untold stories. Every room of every home on this planet is just filled with them. One of the wonderful things about the time we live in is that photography is so inexpensive that many more people can do it and that means that many more stories can be told. 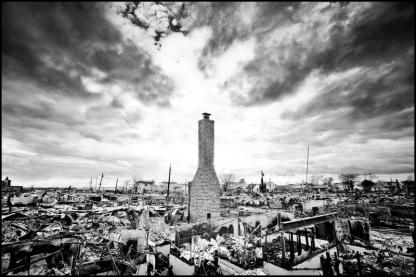 The remains of 110 homes that were burnt and then flooded during Hurricane Sandy in Breezy Point Queens, New York.