Josué Rivas (Mexica/Otomi) is a visual storyteller working at the intersection of art, journalism, and advocacy to challenge the mainstream narrative about indigenous peoples. His work aims to create awareness about issues affecting native communities across Turtle Island and to be a messenger for those in the shadows of our society. He is the founder of the Standing Strong Project. He is a 2017 Magnum Foundation Photography and Social Justice Fellow and winner of the 2018 FotoEvidence Book Award with World Press Photo.Congratulations Josué on winning the 2018 FotoEvidence Book Award with World Press Photo with your work from Standing Rock. “Standing Strong” will be published in the spring as a permanent record of one of the biggest tribal gatherings in USA, also known as the Dakota Access Pipeline (DAPL) protest. How does this make you feel?
Before I start this interview I would like to first acknowledge all the ancestors and the Water Protectors that stood strong at Standing Rock and thank them for receiving me as a guest in Lakota, Dakota, and Nakota territory. Hearing the news about the FotoEvidence Book Award with World Press Photo made me extremely happy because this historic movement will live for future generations to experience through a physical book. I see this as the continuation of the paradigm shift happening in the industry. I'm also grateful this story will be told through an indigenous lens on a global platform like World Press Photo.  Is “Standing Strong” about the Water Protectors and the protest or the strong indigenous spirit that still stands?This body of work is an offering from the seven months I documented the #nodapl movement. Through living in the camps, I came to many realizations myself. In retrospect, I see this work and the movement as an awakening for humanity and also as an opportunity for healing and reconciliation. The extreme genocide against the indigenous peoples of the Western Hemisphere is very much present today in our communities. Standing Rock allowed for these communities to come together, not only oppose another project by a big oil company but also to create a renewed sense of identity and resistance. Prayer and action were combined as tools to tell the world that we, as indigenous peoples, are still here and that we were not vanished by colonization. This book is a record of the spirit of the land, water, and all our relations.

You say you are not a photojournalist but a “messenger”. How do they differ in this case? What is your message?Yes, my role at Standing Rock went beyond just telling another story for a publication. I was invested as a human being first and then as a visual storyteller. For decades, our stories as indigenous peoples have been told by outsiders and that has shaped how we are seen by society. Images such as those of Edward S. Curtis and others have created an image of us as the noble Indians or the alcoholic Indians but we are way more complex than that. If you spend enough time in our communities, you will see that the broadly held ideas about native peoples are not complete. Standing Rock was an opportunity to reclaim our narrative and share our experience and go beyond the typical images people expected from the movement. One message I'm sharing from Standing Rock is that we have an imbalance in the photo, film and journalistic industries. We need more uplifting stories about indigenous people told by indigenous people. There are over 562 federally recognized tribes in the United States and they all have different customs and traditions. We can, in fact, reveal a new vision of Native America if we have a seat at the table.  How long did you work at the camp at Standing Rock and what was your approach? I worked at the camps from August, 2016 to February, 2017 and then came back for a healing gathering in September 2017. Overall I worked in Lakota, Dakota and Nakota territory for seven months. My approach to documenting was rooted in the protocol I learned through ceremony. I was taught to give more than I take and to offer tobacco to the land and to my relatives when I needed something. This approach allowed me to document from the inside out and maintain a level of honor for the Water Protectors.

Who guides you in your work professionally and spiritually?Magnum photographer Larry Towell has been a huge inspiration and guide through the last year. He encouraged me to apply for the Photography and Social Justice Fellowship at the Magnum Foundation and from that experience my perspective on how I see my work evolved. The team at Magnum Foundation gave me resources and opportunities to network that weren’t open to me before.  The program expanded the way I see my practice and also the way I can have impact through the stories I share. Daniella Zalcman has also been a huge supporter of my work and an inspiration to challenge the existing structures in visual storytelling. In my spiritual life, I have a council of uncles and aunties that guide me through my journey. My elders are the compass that keep my vision grounded and with purpose. 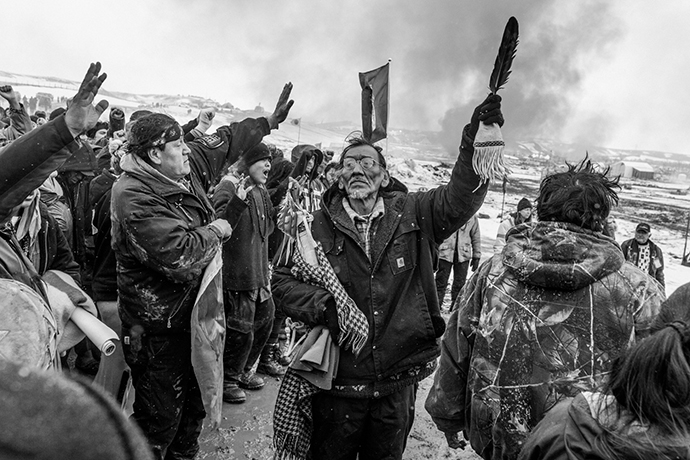 On your Facebook page you often share a short post, “Follow Your Light”. Is this how you found photography?#followyourlight is a mantra I discovered back in 2014. I was photographing a music festival in California and a dragonfly landed on my hand. For a moment time stopped and I got this message to keep going with photography. This voice inside my head told me to always love myself and to be strong in my path. Later that night I wrote, "Follow Your Light" on my notebook and have been using it ever since. What was your experience growing up indigenous in US?Like many other Indigenous people of my generation, I was not raised with my original language, ceremonies, or traditions. I'm from the Mexica nation from Turtle Island and my lineage goes back to the original peoples of the valley of Mexico. I was raised in Los Angeles, CA in a typical Catholic mestizo household. I always battled with the colonizer's religion. Growing up I always felt like a minority in my community even though Indigenous people make up a large portion of Southern California. It was through the Lakota ways and the red road that I was able to reconnect with my ancestors and find a path to practicing ceremony. This was the foundation for my journey of the past three years and the ingredient to finding my purpose in life. When I arrived at Standing Rock, the land received me with open arms and, for the first time in my life, I felt like I was home. It felt like I was surrounded by many nations and ancestors from all across Turtle Island. The fire and the water guided my transformation and the reclaiming of my roots. Standing Rock was the magnet many people needed in order to come together and be who they are. There was no shame or guilt, rather there was a sense of liberation and freedom. What is important for you to show in this book?I want this book to serve as a tool for healing and reconciliation amongst all peoples. The four chapters of the book are intended to take you on a journey that goes beyond the #nodapl movement. I want people to slow down and find something new every time they open the book. I want them to make sense of the images in a way that brings them closer to their humanity and connection with the natural world. I also want my fellow Water Protectors represented in a good way. I want people to see that Standing Rock was the beginning of a larger paradigm shift for humanity.

Does the publication of your book close the “Standing Strong” project for you?The publication of the book is just the beginning of the Standing Strong Project. for the next three years, I will continue working on three more chapters exploring Indigenous identity, sovereignty and resilience. I see this as a quest to reveal a new vision of Native America and as a form of my own healing from and reconciliation with 500 years of colonization. 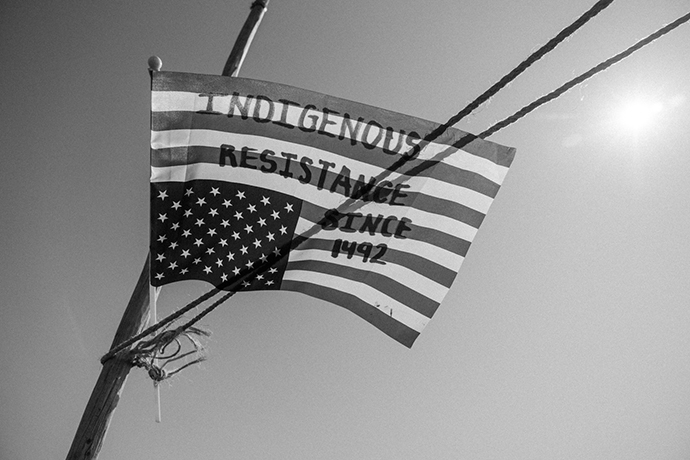 Standing Strong is available at the FotoEvidence bookstore on line. 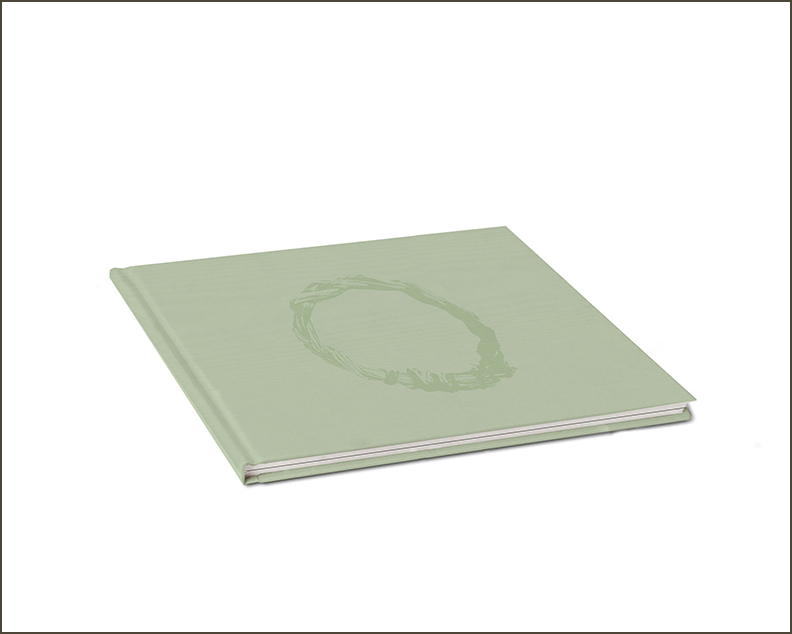