João Pina was born in Lisbon, Portugal in 1980 and started working as a photographer at the age of 18. In 2002 he started working in Latin America, in countries like Argentina, Brazil, Bolivia, Chile, Cuba and Paraguay. In 2004-2005 he decided to go back to school and enrolled in the Photojournalism and Documentary Photography program of the International Center of Photography in New York, USA. Since late 2007 he is based in Buenos Aires, Argentina, where he continues to document the remnants of a military operation named Operation Condor aimed at destroying the political opposition to the military dictatorships in South America during the 1970s.SB. You just returned from Egypt. What did you witness there?JP. I had the chance to witness a truly historical moment, where Egyptians formed a spontaneous movement to ask for in-depth changes to the regime that was running the country for the past three decades. After more than two weeks of protests in Tahrir square in Cairo, the dictator Hosni Mubarak finally decided to resign and leave the country in the hands of a military junta. I spent nine days in the city of Cairo, I had the chance to photograph moments of great tension and fights between pro-government groups and anti-Mubarak protestors. I also saw a great level of help between the protestors. It was really inspiring to witness such events. 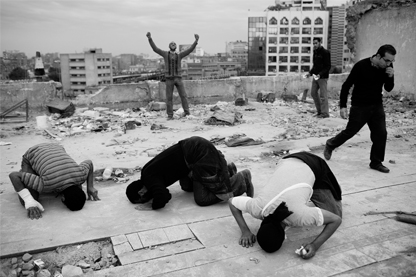 SB. We heard many stories about attacks on journalists. Were you harassed for doing your job?JP. There were a number of attacks on journalists and a lot of people harassed us to try to stop us from doing our job and show that this was happening. I was harassed (like most of the journalists) several times. Most of the time by police, secret service and government controlled militias, but also when the anti-government protestors where beating up "pro-government" people, they several times tried to stop photographers from photographing those scenes. So, for a few days, it was a hostile environment to work but, fortunately, I always managed to keep working and didn't suffer any direct violence against me.SB. Did you go to Egypt just as a photographer or does being in a place where people demand social change have more meaning for you?JP. I use photography as the perfect excuse to go to different places around the World, and document events. I am not particularly interested in the act of making a photograph in itself; I am interested in understanding what the person in front of my camera is doing there, what moves him/her. So, as a human being, I am interested in the world but I try to use photography to be able to go to different places to witness events. In that process I do create photographs that will document what I just saw. And I am one of the fortunate that is able to make a living like this. But answering your question, I always go to places "just" as a photographer, which doesn't mean I am not deeply interested on the social aspects of life.SB. In your first book, about 25 former Portuguese political prisoners, For Your Free Thinking, you wrote, "seeing how uninformed my generation is about what happened only a few years before we were born, it had always made me unconformable. I felt it was my task to revive their memory so that they do not die with their stories". How important is for you to inform with your photography?JP. Photography, like any other way of communication, establishes a connection between two sides. In this case, between what has been photographed and the person that looks into that image. Because I can't compose music, write a text or paint a canvas, I discovered photography to be a way that I can try to establish that connection between the subjects of my photographs and the people looking at them. More than inform, I hope that a person looking into a photograph raises questions in his/her own mind. If, by looking at one photograph someone starts asking themselves questions, that makes me think that the goal has been achieved. The important thing is not to give information. It is what the other makes with it. 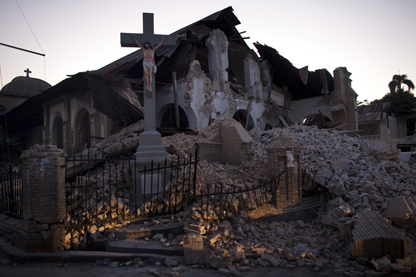 SB. You are very dedicated to document social injustice, why did you chose to follow the path of documentary photography in this time that is so difficult for photojournalism and not become a fashion or advertising photographer, which are much more lucrative jobs?JP. I tend to spend time looking at subjects that I believe deserve to be shown. Because of the education that was given to me by my family and the interests that I have in life, I tend to spend time on humanistic subjects. To me it was never about being lucrative. It was about doing something in life that would suit what I want to do with my time. If I wouldn't be able to approach the same subjects with photography, I would probably try it with other media. I didn't choose documentary photography to follow social injustice subjects. I decided I wanted to focus on these subjects and then picked photography in order to document it.SB. You seem to be always on the right place in the right time. Often photographers claim they were just lucky to get the shot but you seem to be consistently lucky. How do you manage this?JP. Watching from an outside perspective, it may look like you describe it. But I've learned that we must make options in life, and for that you will miss some things and be on the right place for some others. If I think about it, I've missed the right place much more often that I was on the right spot. Just now, for professional reasons I had to leave Cairo before the story was over and, 24 hours after I left, Mubarak decided to resign. So, clearly I wasn't in the right place at the right time.What I try to do, is to spend a lot of time covering one subject and be prepared for when the things happen, that I am there. It probably requires you to be researching a lot for one subject, learn how to read the signs and try to be prepared. Fortunately I have friends with a lot more experience than I do, that I can talk to and learn from. The rest is only a matter of patience. Llearn how to wait and also how to be pushy without putting yourself in stupid situations that could put your life or the ones with you at stake.SB. What do you want to accomplish in your work as a photojournalist?JP. If I can help to create awareness on a subject that the mass media hasn't put their attention on and help the viewers to ask themselves questions and create debate, I believe all I could accomplish with my photography has been done. Even though some people might disagree on how I show a story or portrait a certain subject, just for the simple fact it creates debate, I think our job has been done. 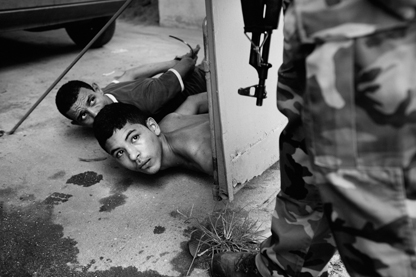 Two suspected drug traffickers (the center one having 15 years old) are arrested during a police operation in the Acari slum in northern Rio de Janeiro, Brazil.

SB. As a photographer do you consider yourself a fighter for something?

JP. No, I don't consider myself a fighter. I consider myself to be privileged to have access to situations in life that most of the people wouldn't be invited to be there, and I hope to photograph those situations with respect and trying not be shallow or voyeuristic about it. If I had to fight for something would be for all the photographers to document themselves well enough when they approach a subject matter, to try to avoid creating clichés in times where we tend to simplify things way too much.

SB. Is there anything that you would refuse to photograph because of your social values?

JP. My social values tell me that everybody should have a voice. For that reason I wouldn't refuse to photograph anything. Of course, there are subjects that touch me deeply. For example, my grandparents, on my mother’s side, spent a long time in jail for political reasons in Portugal. It would be an enormous challenge to photograph the members of the political police that arrested and tortured them, but I wouldn't refuse to interview and photograph them, simply because even though I don't agree on what they did, they still deserve a voice.