Pulitzer Prize-winning photographer Greg Marinovich was born in South Africa in 1962 and, for the past 18 years, has been involved in international documentary and news photography. Marinovich, who produces books throughout Africa, is also a co-author with Joao Silva of The Bang Bang Club, a non-fiction book on South Africa's transition to democracy. His photographs have appeared in such publications as Time, Newsweek, The New York Times, The Washington Post, Wall Street Journal, and The Guardian of London, among others. Chair of the World Press master class nominating committee for Africa, Marinovich has served as a World Press Photo judge in 1994 and 2006, as well as convener of the FujiFilm awards in 2000. Recipient of numerous international awards, Marinovich is also a prolific documentary filmmaker whose work has been aired on SABC and CNN. Greg Marinovich is represented by South Photographs.SB. Your first pictures of a news event were of Archbishop Desmond Tutu when he led a church service in downtown Johannesburg in 1985 to protest the State of Emergency but your interest in photojournalism did not develop further at this time. What exactly happened that inspired you later to become involved with serious photojournalism?GM. I was interested, no, fascinated by what it meant to live a life (as a white youth) in a country split by apartheid, and how I knew so little about the lives of other South Africans and thus I became politically inflamed. Also Bob Marley had an affect!SB. You spent more than 18 years covering wars and conflicts. Did you have an issue with objectivity versus subjectivity in your work?GM. Yes, objectivity does not exist. Truth or the honest pursuit thereof is a real model and a way of life for me in my work, but I believe being subjective without being too emotional or activist leads to a greater chance for truth. 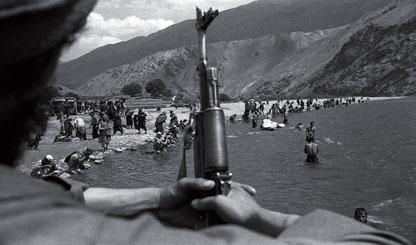 SB. For many young photographers the Bang Bang Club (you, Ken Oosterbroek, Kevin Carter and Joao Silva) is something mythical and heroic. What was the required characteristic to become a member of the Club?GM. Drink and drugs. No, there was never a bang bang club, actually. It was a magazine’s smart story tag line. Among the people in South Africa who covered the conflict was a group of stills photographers who covered it with passion, zeal and honesty. We slowly became friends. We were also friends with writers and TV folk who did the same. They were not mentioned in the article but should have been.SB. You were heavily injured in the same day that Ken Oosterbroek was killed. Later answering an interview question "did this change your view of your chosen career or did it have the opposite effect?" you said: No changes at all. We all expected that something like Ken's death that might happen". My question is: People are ready to die for causes. What is your cause?GM. I am a storyteller. I love finding out about things and people. If I cover war stories, I must, must, accept that I too may become a casualty. It is part of the territory. Not that I wanted to, far from it.SB. Is this about living on the edge? Kind of addiction to danger?GM. Yeah, yeah. It can be. But there is ‘good excitement’ when all goes well and no civilians killed, or bad excitement when innocent people get killed, then it is just shot and depressing.SB. It seems that the bang-bang had been good to you until that day in 1994. Years later Joao stepped on a mine and lost his legs. You are the only intact survivor. How did you survive? Is it just a matter of luck or did you become more careful?GM. In 2000, I decided to stop going to war zones. I had been wounded on 4 separate occasions and felt it was not worth it any longer, and as a freelancer, it was not great business to sit in hospital or at home while injured. Luckily none were as severe as Joao’s terrible injuries.SB. Does the Bang Bang Club still exist? Do you belong to it in your heart?GM. Only in the heart of FotoEvidence, it seems! No, not at all, but Joao and I are very close friends.SB. You spent a lot of time helping Joao Silva to recover. Do you talk with him about the past times?GM. No, perhaps we will. 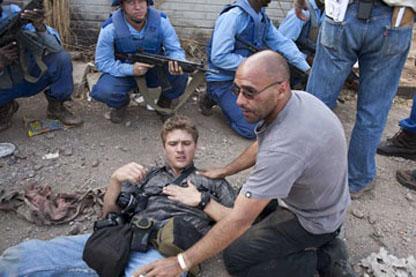 SB. How do you feel being immortalized in the Bang Bang Club movie?GM. The movie only covers a very small part of a very important part of history.SB. What advice would you give to young photographers who want to follow your path?GM. Avoid. War is horrible. But on the other hand, I have had a chance to see things I never would have in suburbia. 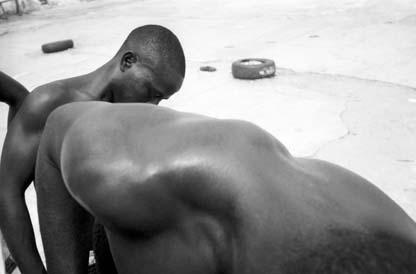 SB. Is there anything you regret?

GM. Seeing too much suffering, too many evil people getting away with what they do to others. Shooting important pictures badly.