Gary Knight began working as a photographer in the late 1980s in South East Asia and Indochina.In January 1993 he moved to the former Yugoslavia where he became involved in documenting war crimes and crimes against humanity during the civil war. During this period he covered conflicts in Africa, the Middle East and the Balkans and worked widely in Africa, Latin America, the Middle East, South Asia, South East Asia and the Far East (including North Korea) concentrating either on Human Rights and Poverty based issues or current affairs stories for US or European media.In 2000 with John Stanmeyer he conceived the VII Photo Agency which was launched in 2001. In 2005 Knight and a group of friends founded the Angkor Photo Festival and Angkor Photo Workshops to support emerging photographers from Asia. In 2008 he founded with Simba Gill and Mort Rosenblum the print periodical Dispatches. In recent years Knight has covered the invasion of Iraq, the occupation of Afghanistan, the civil war in Kashmir and the Asian Tsunami amongst other stories but central to his work is a commitment to address the issues that determine the survival of the world’s poor and other Human Rights issues. His work has been widely published by media all over the world, including Newsweek, Time Magazine, The Sunday Times, The New York Times, Paris Match, Stern and National Geographic.His work has been exhibited worldwide and is in the collections of several museums and private collectors. Knight has initiated a broad programme of education with Universities and NGO’s worldwide and is the author of several essays on journalism and photography. He teaches a small number of photography workshops every year, principally in India and Cambodia. He was a Nieman Fellow at Harvard University and an INSPIRE Scholar at Tufts University in 2010. Knight lectures on photography and journalism at Tufts University and resides in Cambridge, Massachusetts.SB. A photojournalist who teaches college students told me that, for his students, the history of photography starts and ends with VII, the agency you co founded. Is this good or bad?GK. It's nice to know that we can inspire young people to get interested in photography like others inspired us - but it's plainly not accurate. We have tried to make a serious contribution but I think we are all aware that we are a footnote in the history of photography. I would not want to take the decade we have been together out of its historical context - and even if we did a brief look at contemporary photography will show that there are many great photographers in all genres producing important work all over the world and we are just a collectivized group who have had a lot of attention. If the college students think the same thing in 100 years we may be able to have a conversation about that, and I doubt they will!SB. How do you feel as a role model for so many photographers? This is a big responsibility. What do you want them to learn from you?GK. If that’s what I am it's a big responsibility - and the problem with that role is that it leaves little room for mistakes, errors, and I make them...... If I am a role model I have to share with them that I am still full of doubt, I make mistakes, I still struggle to understand what I am looking at - so I encourage them to look at the world in shades of grey, not black and white, to recognize and challenge their own prejudice, always question what they think they are seeing and try to work with integrity. And remember it’s better to try and fail than fail to try.SB. In another interview you said about the reason of being photojournalist: "that it's the need to do the right thing, to address the issues of our time". What is to do the right thing in our time, with so much injustice and violation of basic human rights all around the world?GK. To keep talking about those issues even if it appears few people are paying attention....... especially if few people are paying attention. We cannot be afraid to hold a minority view or opinion. If we can't do that then we should question why we are photographing others who are in distress, we owe them that effort at the very least. This kind of work is morally complex, for many reasons, not least of which is that there is an element of gain, of profit or success that can come from - as Suzan Sontag put it - "regarding the pain of others". If you are going to "regard" then do so with empathy and good intention and don't be passive about how you use the work. Voyeurism is ugly; activism is not - even if it is sometimes ill judged. 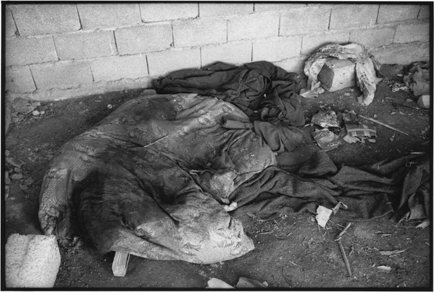 SB. How do politics merge with photography in your work?GK. It's not so much politics (which I think is too prone to dogma) as a disdain for pure journalistic objectivism - I think you have to be honest about what we think we know - call it how it is - don't be afraid of having a point of view. We owe the subject, the audience and ourselves that.SB. Peter Howe, in his foreword for a "Moments of Time" by Dirck Halstead, calls photographer's work a moral and ethical minefield. Did you ever cross this field?GK. I am less interested in journalism ethics than I am by morality - and I don't know the answer - honestly. What seems like good judgment at the time may prove to be bad judgment later and I try hard to bear that in mind but I am not flawless. I can live with that, it's better to try than be paralyzed by inaction or just observe and sit in judgment of the action of others.SB. After so many years of fighting crimes against humanity, do you still believe in the power of photojournalism?GK. That makes me sound like Elie Weisel, and I am not. I believe that photojournalism, like other forms of mass communication is a small and useful tool and when it is used wisely in conjunction and collaboration with other media and with the support of public opinion it can make a contribution - yes. 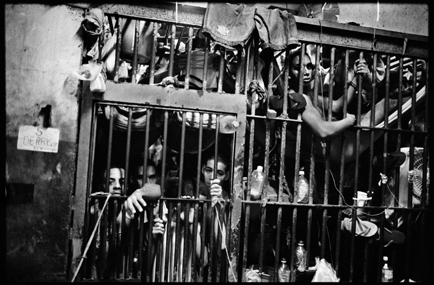 Polinter Prison, Rio. Over 90 prisoners living in 24 square meters of cell - some of them for many years.

SB. What is your biggest success as a humanitarian?

GK. I have made a small contribution on a few issues along with many other people from many fields to shine some dim light in some dark spaces but I am not going to claim any individual success, that's not how it works.

SB. Did you ever fail?

GK. More often than not, by a large factor.