Eros Hoagland began working as a photojournalist in 1993 covering the aftermath of El Salvador's civil war. He has since worked in countries stained by violence and unrest across the globe including Iraq, Haiti, Eritrea and Colombia. As well as documenting the political climate and social impact of conflict, Eros looks for an emotional narrative when approaching reportage projects.SB. Why did you become photojournalist?EH. I chose the path of photojournalism to investigate the world and the people that make history. I certainly inherited the profession from my late father, but over time I developed my own passion for the craft and the life style.SB. Your father, a Newsweek photographer was killed in El Salvador in 1984. You went there to cover the aftermath of the conflict. What kind of answers were you looking for there?EH. I traveled to El Salvador to understand better why my father loved the country and it’s people so. I needed to meet the people whom he worked with and befriended there to better understand the choices and sacrifices that he made by leaving California, my home, for a life in Central America. I also wanted to see if the surfing in El Salvador was as good as my father always said it was. And it was. 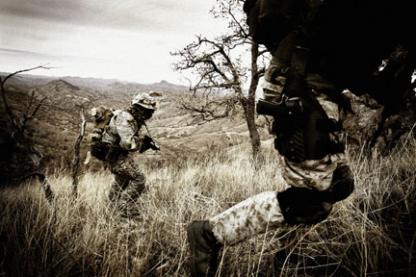 SB. Who was your mentor?EH. I cant say I had any consistent mentors throughout my career, but I certainly learned a lot from many photographers along the way. I suppose my father served as my greatest mentor, but not in a traditional sense as, of course, he was not physically present during my formative years as a photographer.SB. Your work is focused primarily on social issues. Do you believe that your photographs can impact social injustice?EH. I am very conflicted about the idea that pictures can impact social justice. If I had to give a definitive answer, I’d say no, pictures change very little. What photojournalism can do, however, is give people an emotional connection with issues and themes that are otherwise foreign to them. I firmly believe that if one wants to change the world, they must first change themselves. 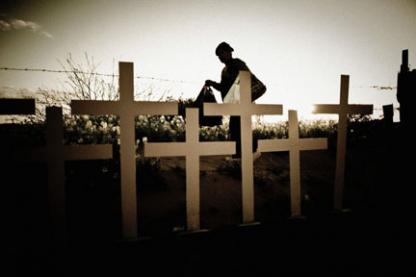 SB. What kind of decision photojournalists have to make before turning their camera in a specific direction?EH. These days I think a lot about the problem of exposing subjects to retribution by criminal groups and governments. The power of the internet is far reaching – pictures will be seen by everybody now, and this can lead to the murder of the people we photograph in certain situations.SB. What do you think limits the influence that photojournalism can have?EH. Human apathy and selfishness present the biggest barriers to the power of photojournalism as an agent for positive change. And also the fact that our work is greatly undervalued by news outlets.SB. You worked in many conflict zones. Did you ever have an issue with post-traumatic stress syndrome and if yes, how did you deal with?EH. Yes indeed. I have Post Traumatic Stress Disorder for sure and Ive been trying to deal with it for years. Talk therapy is great if you have an outstanding therapist, which I do. And time off of the war trail is super important to me, as is enjoying outdoor physical activities like surfing, diving and archery. I still get quite anxious while driving in bad traffic, or being lost while driving in an area I don’t know well. I think this stems from the very real threat I have faced over and over again in places like Iraq, Mexico or Colombia where one becomes a sitting target for kidnappers when stuck in traffic, not to mention the threat of radio controlled IED’s . So I get very agitated when I am pinned into a bad traffic situation, even in the United States where there are no kidnappings or IED’s. 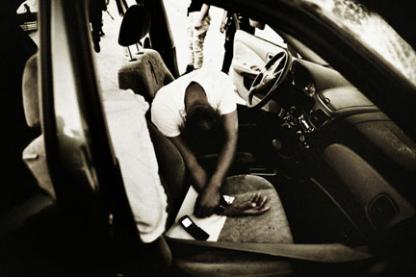 SB. What will be your advice to young photographers that want to follow your path?EH. Young photographers need to think long and hard about their motivations to cover war, and continue to re-examine those motivations throughout their career. People need to honest with themselves about the why question. Also, don’t let ambition and selfishness get someone else killed. There are only fleeting moments of gratitude within this industry that consistently celebrates itself, but we are rarely appreciated by anyone else. Beyond that, I would recommend young photographers to commit to living in a place where they are inspired to photograph, and from that base location they should slowly build up their contacts and knowledge of the area – the work will benefit greatly from staying and getting to know an area very well. Also it helps if there is some interest by international news outlets in the area, but I wouldn’t rush off to a city already crawling with other photographers either. Know your subject matter, know the lay of the land. 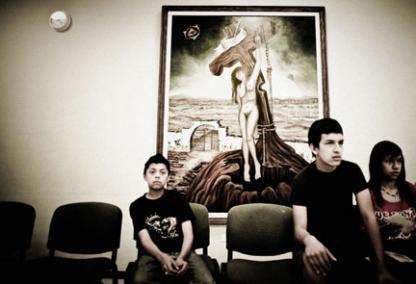