Dirck Halstead has said, “I never thought of myself as a great photographer, what I am is just a storyteller. My job as a photographer was never about what I saw, but about how I fulfill my responsibility as a photojournalist to report history.He was 17 when he had his first story published in Life magazine. Halstead's coverage of the Guatemalan revolution of 1954 marked the beginning of a career that would find him covering major world events throughout the late twentieth century, including the fall of Saigon towards the end of U. S. involvement in the Vietnam War, President Richard Nixon's trip to China, and the assassination attempt on President Ronald Reagan. In 1976, the Overseas Press Club awarded him the Robert Capa Gold Medal for his coverage of the Vietnam War, and in 2003, he received the Lifetime Achievement Award from the White House News Photographers Association.Halstead worked for Time Magazine from 1972-2001. For Time, he covered the Ford, Carter, Reagan, Bush (George H. W.), and Clinton administrations, and was appointed Senior White House Photographer. He shot 54 of their covers between 1972 and 2001, becoming the photographer with the most Time covers to his name.SB. For many years you served the First Amendment of US constitution, providing us with information and transparency of different events occurred in our life time. Can you swear that you did tell us the truth and only the truth with your images?DH. Well, you have to understand that much of this time; I was covering the White House. That means that on a daily basis, I was photographing events and images that had been carefully staged by White House staff. These are called "photo ops". They are open to a pool of photographers covering the White House. The "truth" in this case is in the mind of the handlers, not the photographer.SB. Fifty one years you set on the front seat watching and documenting the show called history. Which are the unforgettable parts of this show?DH. Covering that half a century constantly are unforgettable parts of that show. Remember, I was in Vietnam covering the first Marines landing in 1965, and then the evacuation of Saigon in 1975. That constitutes an epic in mind.SB. Among the 500,000 images in your archive are there any that helped a true to be exposed or actually to make difference in the world?DH. I leave that judgment to history.SB. Peter Howe in his foreword for Moments of Time, calls photographer's work a moral and ethical minefield. Do you feel, you ever crossed this filed?DH. I am sure that on occasion I may have crossed that line, but never deliberately. Remember history is a living thing it changes as the days go on. This is why honest people can differ on what happened. 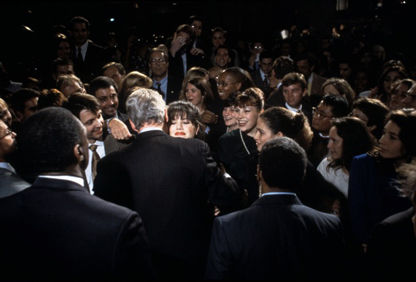 SB. Did you ever experience censorship of your work? If yes how did you deal with it?DH. No.SB. What is the difference between being a photojournalist then and now? Do you think photojournalism is dead?DH. In the glory days of photojournalism, coverage of stories were often assigned by major magazines and newspapers that had almost unlimited amounts of money to spend. That means travel around the world for the photographers and logistical support in far flung areas. Photographers would travel with wads of cash in their pockets thanks to advances. All of that is gone now. Today's photographers are like hobos. They somehow manage to get from place to place, but it is on very tight budgets. And there is rarely a payoff.magazines and newspapers have no space to devote to in depth stories. Even TV is hurting. The evolution of the backpack journalist takes place at the expense of a two or three person crew. News today on TV is told through talk shows. You don't have to send those people anywhere. 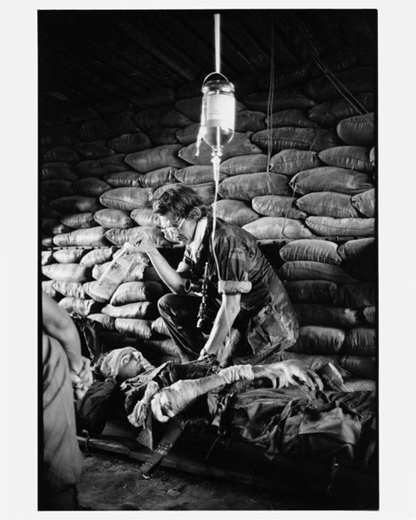 SB. I asked you to give me for this interview one of your favorite image and you sent me “Dirck and Devoss at HWY 13”.What is the story behind this image and why is so valuable for you?DH. In the spring of 1972 I returned to Vietnam, after spending two years there for UPI in 1965 and 1966. This was the time of the North Vietnamese spring offensive as communist troops poured in the south. Time reporter David Devoss and I traveled 30 kilometers north of Saigon where ARVN troops were trying to hold the NVA at bay, a battle that lasted essentially in place for two more years.I had walked nearly a mile into "no man's land" between the two sides, watching as South Vietnamese Rangers sat beside the road cooking their lunches over small fires, and occasionally returning North Vietnamese gun fire. As I looked North up Highway 13 I saw an object hurtling my way down the center of the road. As it passed me, I realized it was a wire guided missile, and watched as it impacted with a South Vietnamese tank that was turning on the road.A few minutes later, our Vietnamese reporter found me to tell me that David Devoss, who had remained at the ARVN command post had been wounded. During the brief artillery exchange a rocket had hit Devoss, entering his chest through the webbing of his flack vest. At first look, he did not appear to badly wounded, since the gash in his side was small. However, it had done its damage, ripping into his lung. It wasn't until he started bleeding from the mouth that we realized he was mortally wounded.Fortunately there were still med evacuation helicopters available, and we were able to get one directed to our position. I stayed with Devoss while we awaited the "dust off", which landed a few minutes later. It wasn't a moment too soon. Devoss was bleeding out at that point and just a few more minutes would have cost him his life.SB. What is your favorite story you like to tell around what you call photographer's camp fire?DH. My experience has been that photographers are reluctant to talk about their stories, unless they are giving lectures or writing books. Photographers are by nature self-centered and realize they are not going to impress their colleagues. The funny things are what get talked about. 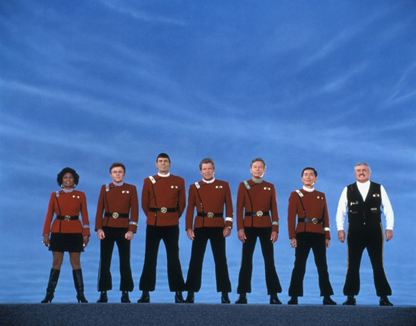