Daniella Zalcman is the winner of the 2016 FotoEvidence Book Award with her work "Signs of Your Identity". She is a potojournalist based in London and New York. Her work has been published in The Wall Street Journal, The New York Times, TIME, Sports Illustrated, and CNN, among others. She is a multiple grantee of the Pulitzer Center on Crisis Reporting. Her photographs have been exhibited throughout the U.S. and Europe and are part of the permanent collection of the Museum of Fine Arts, Houston. She graduated from Columbia University in 2009 with a degree in architecture.DS. How did you become interested in the story of the forced assimilation of indigenous children in Canada?DZ. This project was largely a serendipitous accident. The Pulitzer Center on Crisis Reporting, which funds most of my long term projects, sent me to the AIDS2014 conference in Melbourne two summers ago to talk about my work documenting the LGBT community in Uganda and how criminalizing sexual identity leads to a dramatic rise in HIV prevalence. While I was there, I spoke to a few indigenous Canadian activists and learned that the First Nations population has one of the fastest growing HIV rates in the world. I was stunned. So I spent a month traveling through British Columbia, Saskatchewan, and Ontario that fall and very quickly realized that every HIV-positive indigenous person I interviewed had gone to residential school or had parents who attended. I came back a year later, and decided to focus on the legacy of the schools themselves, which I believe is strongly tied to many of the public health crises that First Nations people struggle with today.DS. How did you find your subjects? And were they eager or reluctant to tell their storiesDZ. I went through a handful of different channels to find subjects because I wanted to talk to survivors from different communities and backgrounds who were at different stages in the healing process. I started in North Central Regina — where I’d worked on my first trip — which is known as one of the worst neighborhoods in Canada for intravenous drug use, sex work, and crime. Most of the people I encountered there were still actively struggling with addictions, largely to opiates and alcohol. There was an overwhelming sense that people were numbing themselves to forget their pasts. After that, I interviewed people in Regina Drug Court, indigenous activists working to help fellow survivors, a professor at First Nations University, a psychologist, a healer, a painter.There was a huge range of comfort when it came to interviews. I was careful to tell everyone that they were free to talk as much or as little as they wanted; I’m not a trained therapist and I have no desire to re-traumatize my subjects. One man spoke to me for under five minutes, others sat with me for hours, pouring out stories. Maybe this is wishful thinking on my part, but I would say that I observed a direct correlation between willingness to share residential school experiences and the beginnings of healing and forgiveness. 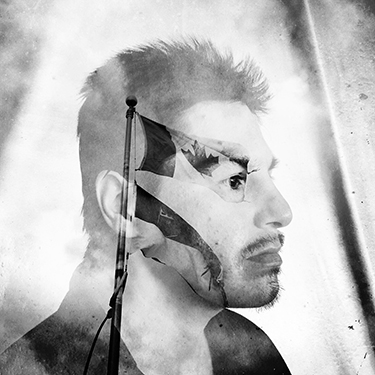 DS. Did you learn anything new or surprising during your work with your subjects?DZ. All of it was new, really. I’d never heard about these schools, and when I started researching the American equivalent — in fact, U.S. Indian Boarding Schools were the inspiration for the Canadian version — I was shocked to learn that there are still 59 operational government-run boarding schools in America. I’ll be spending some time next month investigating that system.DS. How did your subjects feel about the public report and apology from the Canadian government in 2008 and the subsequent Truth and Reconciliation Commission?DZ. It’s complicated, often in ways I don’t understand. When former Prime Minister Stephen Harper did finally issue that apology, every residential school survivor was sent an official copy of the statement, printed on thick, marbled cardstock with Canada’s seal at the top. While I think people pretty uniformly expressed the opinion that the apology was too little, too late — I still noticed that many survivors had the physical copy framed and prominently displayed in their offices and homes. It may have felt like too little, but even that small bit of acknowledgement was important, I think.The Truth and Reconciliation Commission is another can of worms. Obviously, the process of collecting testimony from the 80,000 living survivors has massive historical value. The recommendations that the TRC made — regarding how to facilitate healing and how to raise awareness within the non-indigenous population — are critically important. But I find the disbursement of $1.9 billion Canadian dollars for reparations — with very few accompanying resources like counseling or financial management — problematic, and too many survivors I interviewed who’d been given settlements of tens or hundreds of thousands of dollars didn’t have the resources to use the money effectively.DS. Even though this is a documentary project, you chose to do a series of double exposure portraits of survivors of the Indian Residential School system. How and why did you make this choice?DZ. This is a project about history, and memory, and trauma. Children who were taken from their families grew up not knowing how to express love. Languages were forgotten, cultural traditions lost. There are only so many times the human psyche can withstand being told the immutable signposts of one's identity are despicable before it starts to feel true. But while I think the legacy of intergenerational suffering is one of the most important elements of this story, that’s not what I wanted to photograph. That would require showing addiction, and poverty, and the lowest moments in some of my subjects’ lives. This work is about the cause, not the effect, of cultural genocide — and I hope the multiple exposures reveal something about the echoes of past injustices. 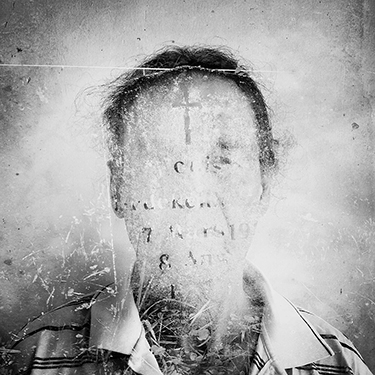 DS. You project is about the lingering effects of past events. What impact would you like your photographs to have?

DZ. Most of all, I hope that they’ll help non-indigenous Canadians and Americans to learn what happened in these schools. I grew up in the U.S. and learned shamefully little about North America’s relationship to its First Nations — and what I did learn was part of an awfully whitewashed narrative that we’ve clung to for far too long. It’s gratifying to see that there are now public conversations about changing Columbus Day to Indigenous People’s Day, and dialogue concerning the back story of Thanksgiving — that wasn’t happening when I was a child. But indigenous history is still little more than a footnote in high school textbooks and I hope in some small way this work can change that.I was reading a Senate report from 1969 on indigenous education in the U.S. a couple weeks ago and this passage really struck me:

“The manner in which Indians are treated in textbooks — one of the most powerful means by which our society transmits ideas from generation to generation — typifies the misunderstanding the American public as a whole has regarding the Indian, and indicates how misconceptions can become a part of a person’s mind-set. After examining more than a hundred history texts, one historian concluded that the American Indian has been obliterated, defamed, disparaged, and disembodied.”

Just as importantly, I hope this demonstrates in some way just how destructive hereditary violence can be. More often than not, the abused grow up to be abusers, and the cycle of violence filters down from generation to generation for so long that we forget the root of that dysfunction. Our histories are an inextricable part of who we are — it’s important to be mindful of that.