Photography is my life. One of the most powerful tools in the world is a camera, it has been used to bring down dictators, change society and influence change. I strive to create vibrant, interesting and unusual images of the world we live. My life mantra is ‘living my life to make a difference” and l make the difference through my work as a social documentary photographer.

Amidst the violence that followed the 2007 election in Kenya, l falsified my identity and risked my life to photograph the atrocities my countrymen were inflicting on one another.In 2009 l disrupted a live, nationally broadcast presidential speech to protest the violent political system. I was beaten and arrested."Your photography is absolutely stunning and tells an important and powerful story for the world to hear", Hillary Clinton, the USA Secretary of State said in a 2009 letter she wrote to me.My work has appeared in virtually all the important newspapers in the world. I have been named the CNN Africa Photojournalist of the year 2008 and 2010 among many other awards.I am a TED FELLOW and the founder of Picha Mtaani, a UN-funded initiative that focuses on reconciliation through photographic exhibitions and debate.I am currently working on establishing Picture Power as an online platform that will use photography as a catalyst for social change across Africa and beyond.SB. "Live my life to make a difference"- this a quote from the front page of your web site. How do you make a difference?BM. I strive to make an impact through my life and the choices l make. Am very pragmatic person and l do what l say. I, like many other African photographers, have learnt my skill through trial and error. I attended a journalism school that didn’t have a single camera. In Africa, we have a saying that if you educate a child, you have educated a whole village. I want to enhance my photographic skills to help me take my work to the next level and pass on what l shall learn to my fellow Kenyan photographers. I can proudly say they are over 10 photographers that l have mentored in Kenya and one in the US who are making a living through photography because of what l taught them. 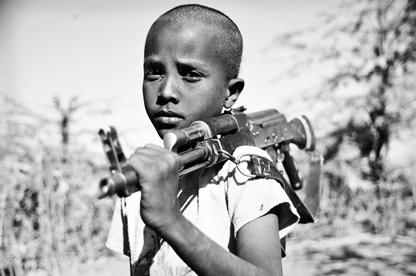 SB. You started out to be a minister and then you became a photojournalist. From where your interest for photography came from?BM. Had everything gone to plan, I would have been ordained as a youth pastor, having enrolled for a theology course in 2003. I loved taking photos of my theology classmates and then one my lectures offered me the biography of Mohamed Amin, the Kenyan photographer hailed as one of the greatest photojournalists of the 20th century. But reading Amin’s life, as recounted in Mo: The Man Who Moved the World stirred some restlessness that the Bible couldn’t quell. If I was meant to preach, then I have done it using images, not words. After all, a picture is worth a thousand words. 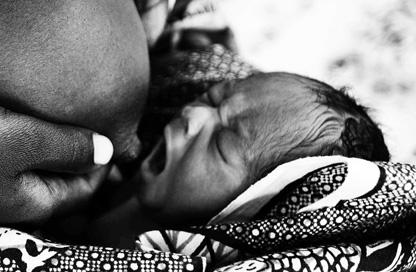 SB. Did you have a role model as a photojournalist? Somebody you wanted to indentify with?BM. Mohamed Amin-nickname “Mo”. When he was beginning his career the name “African journalist” either put together or in their own were often derogatory or insulting. He turned them into words symbolizing pride and achievement. His disturbing pictures of the 1984 Ethiopian famine were the catalyst for the greatest-ever act of charitable giving. “Mo’s” coverage of the famine proved so compelling that it inspired a collective global conscience and became the catalyst for the greatest ever human-human act of giving. The concerts of Band Aid & Live Aid and songs “We are the World” and “Do they know it is Christmas” were as a direct result of Mo’s moving images. Michael Jackson and Lionel Richie wrote the song "We Are the World”, which became one of the fastest-selling singles ever. The song sold millions of copies and raised more than $50 million for not only Ethiopian famine victims but also other drought-hit countries across Africa.SB. What was the most difficult experience for you during the coverage of the post election violence in Kenya?BM. Covering violence in my country was extremely difficult, I had to fake my identity in areas where certain ethnicities were not welcome. The perpetrators and victims spoke a language l could understand and l grew up in some of the areas where the violence was happening. I was forced to move out of my neighborhood temporarily after people from my community were threatened. 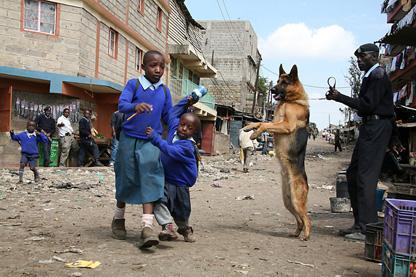 Scared school children walk past a police dog during a crackdown on Mungiki sect adherents in Kosovo slum in Nairobi; Kenya. The sect is blamed for a string of recent murders and beheadings. The slum was believed to be a major hideout for the quasi-religious turned militant sect members.

SB. Your images from the post election violence in Kenya brought you international recognition. Did you receive the same response in your country?

BM. Before Post election violence, l had won CNN Africa Photojournalist of the Year in 2008,the first Kenyan to do so Kenyans knew about my work. The violence in Kenya gave me a golden opportunity to file for major news agencies and see my byline next to the big names in the photojournalism circle. During that time Israel photographer Uriel Sinai nicknamed me “Ghost”, l was working with a 5D,one body and only one lens 28-300 and that was limiting to me but l was ‘everywhere’

SB. Who was your mentor during these difficult times? What did you learn from him?

BM. Greg marinovich, we had met some months before in a workshop in Nairobi. During the violence he used to call and ask me how is the going. It was emotionally draining but one the most valuable advice he gave me was “ it is important to document this time, you will regret later if you don't”

SB. Where is the border between you as a photographer and you as a social activist and how they relate in your work?

BM. I use my photography for activism and l prefer calling myself a Photo-Activist. The most powerful tool in the world is a camera, it has been used to bring down dictators, change society and influence change.

SB. You have been blocked from Facebook for radical political commentaries and arrested for heckling president Kibaki. What exactly happened?

BM. I was removed from Facebook due to controversial updates calling for political change in Kenya but Facebook letter reinstated my account after l wrote to them. During a national holiday celebration in June 2009 l went to the stadium to protest about the culture of impunity in Kenya. When the president rose to speak l shouted from the top of my voice trying to get his attention. But before l had even finished talking l was manhandled and my mouth was forcefully shut by plainclothes police officers that emerged from the crowd. I was manhandled while been arrested and beaten ruthlessly by the officers shortly after the arrest. Kenya President Kibaki stopped his speech and called me Pumbavu (fool) three thrice as Kenyans heckled and jeered the security men for bundling me out of the stadium. As a professional photojournalist l dropped my camera to articulate my outrage over a lecherous political system. The President retaliated by calling me Pumbavu as the Police did their best to muzzle my voice from unleashing my anguished cry. In history the Nigerian Poet Christopher Okigbo’s dropped his pen to go to the battlefront in the Biafra secession war in the late 1960’s where he was killed. Rather than postulate the poetic meanings of human struggle, Akimbo decide to live the struggle and he paid the ultimate price.

SB. You are the founder of Picha Mtaani. What is the mission of your organization?

BM. Picha Mtaani which means street exhibition, a youth-led national reconciliation initiative established to “to engage the Kenyan youth in finding lasting solutions to attaining peace and reconciliation; to healing the Nation”. Picha Mtaani- focuses on reconciliation through photographic exhibitions and debate. Picha Mtaani has already been exhibited in eight towns and five mini exhibitions in the past one year reaching over 500,000 Kenyans, which provided opportunities to individuals and groups to reflect on that national tragedy, engage in honest dialogue, and plan for community action. Over 50,000 individuals filled in pledge cards that commit them to uphold peace and promote active‐non‐violence. I have given talks about reconciliation in Kenya, Ethiopia, Congo and done international presentations in the UK, Belgium, USA and Sweden. Picha Mtaani videos are being used in about 10 African countries by the Africa Youth Alliance of YMCA. Check www.pichamtaani.org

SB. Long time ago Kenya was a model for democracy. How do you see your country's future now?

BM. If the perpetrators of the 2007 violence are not held accountable Kenya will burn in the next elections.

SB. Do you think you will be more efficient as a politician that as a photojournalist?

BM. At the moment I am more effective using photography as a tool and am going to continue doing so and leave politics to others for now. Photography is my life.