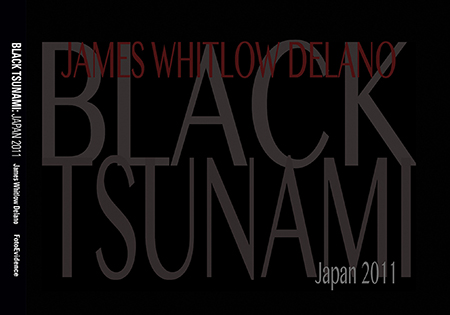 BLACK  Tsunami Japan 2011 provides a haunting portrait of the devastation left by the great tsunami that engulfed northeastern Japan on March 11, 2011. Images of farms and villages in the exclusion zone show an uninhabited landscape where ancestral graves, decaying buildings and neglected animals share the abandoned space.

More than 400,000 people were displaced. In BLACK TSUNAMI we find them sitting around a kerosene heater at an emergency shelter, lining up for scarce food and water, many with family, homes and belongings lost. Their lives permanently dislodged by the tsunami.

Two years after the tsunami inundated towns as far as nine miles (15 km) from the sea, there are 15,845 identified dead and more than 3,385 still missing and presumed dead.

James Whitlow Delano's photographs remind us that the story is still unfolding for those most severely impacted and for Japan as a whole, as it faces the challenge of managing 25 million tons of contaminant-laced debris and existential questions about the future of nuclear power which provides more than a third of its electricity.