William Daniels - Faded TulipsBorn out of the collapse of the Soviet Union, the young and fragile Kyrgyz republic is undermined by poverty, corruption and chronic political instability. Freedom of expression is minimal and more than 40% of the population live below the poverty line. This explosive mixture is what pushed the country towards its recent bloody events.In last April the President Bakiev was overthrown after his Special Forces killed 86 demonstrators protesting outside his palace in Bishkek. This event catapulted the country into another wave of violence and 2 months later, in the city of Osh, clashes between the two main ethnic groups resulted in an anti-Uzbek pogrom during which, observers say, up to 2,000 people -mostly Uzbeks- were killed and more than 400,000 people were displaced, unable to return to their homes.From 2007 until 2010, I have travelled over six times through Kyrgyzstan and have been examining the background of how such a country could fall so fast in such violence.And yet, in March 2005, the “Tulips Revolution” of March 2005 brought hope and a promise of democracy to Kyrgyzstan when the Kyrgyz people overthrew the authoritarian regime of President Askar Akayev and elected in his place Kurmanbek Bakiyev. The international community broadly welcomed this uprising, seeing it as a major step towards democracy. But in a few years time, hope was fading.Faded Tulips is a social portrait of Kyrgyzstan 20 years after the collapse of the Soviet Union. 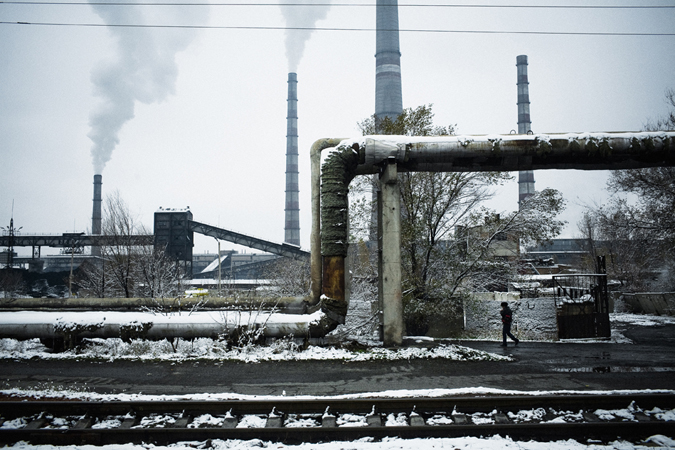 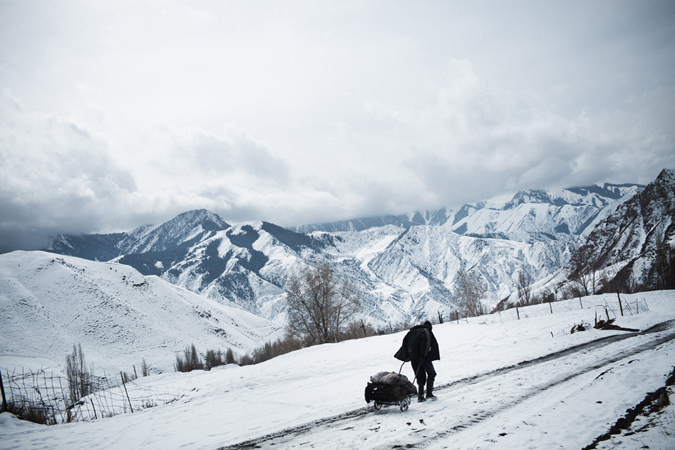 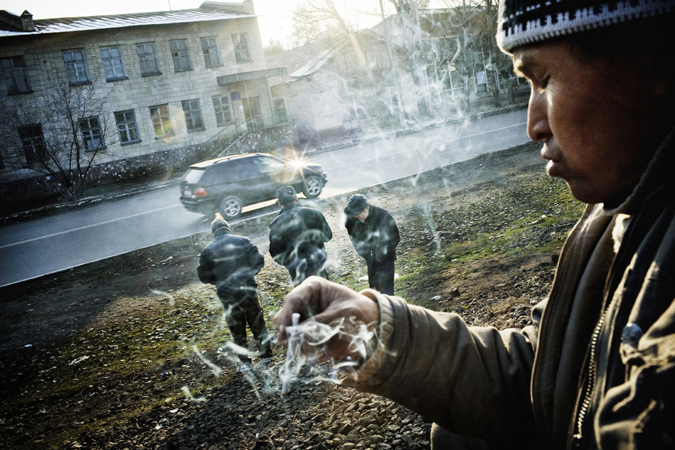 Lev Tolstoy street in Bishkek, nicknamed "the street of the unemployed" since poor day labourers from the provinces, such as Kurman (right), come here to work for around five Euros a day. Today he hasn't found any work and says he would be ready to work for two Euros. Sometimes police come and harass them. 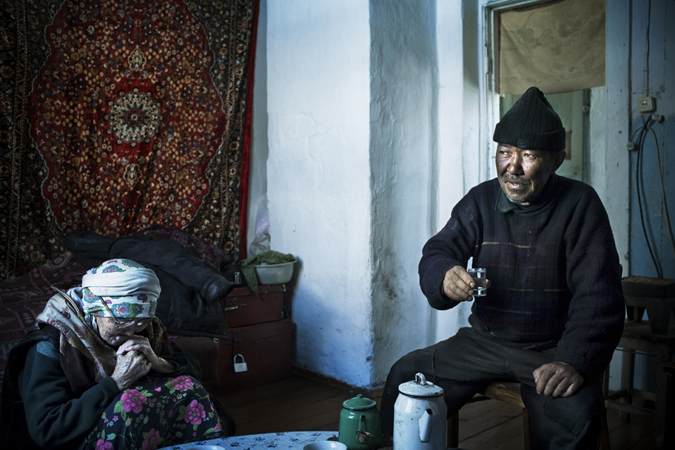 Forty-nine year old Akmatov Janbolot spent his entire life working in the local plant as a lathe operator. During Soviet times he travelled all over the Soviet Union. Like many men in Min-Kush, he is unemployed, depressed and drinks large quantities of low quality vodka. Even though he drinks, he respects tradition by taking care of his mother (pictured), as he is the youngest son of the family. 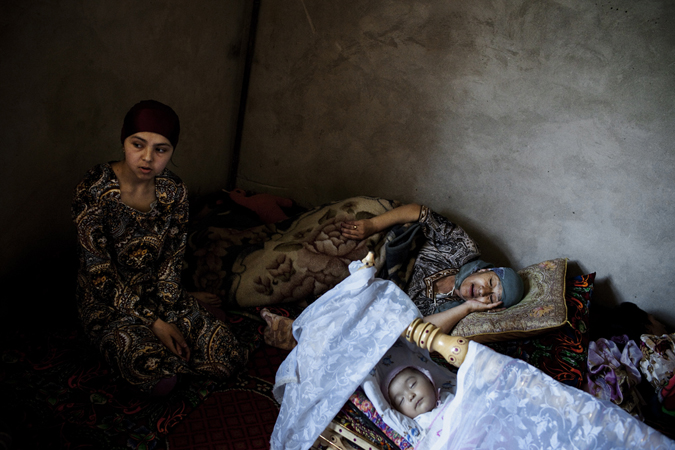 Ethnic Uzbek women and children who fled their homes in Kyrgyzstan and are now staying in a house close to the Uzbekistan border to protect themselves and in the hope of crossing. Fighting between ethnic Kyrgyz and Uzbeks in southern Kyrgyzstan left hundreds dead and up to 400,000 displaced. 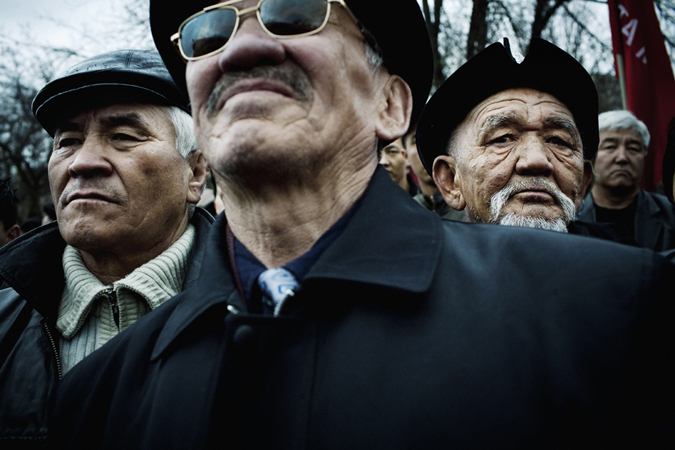 Men take part in a demonstration against President Kurmanbek Bakiyev in Bishkek. 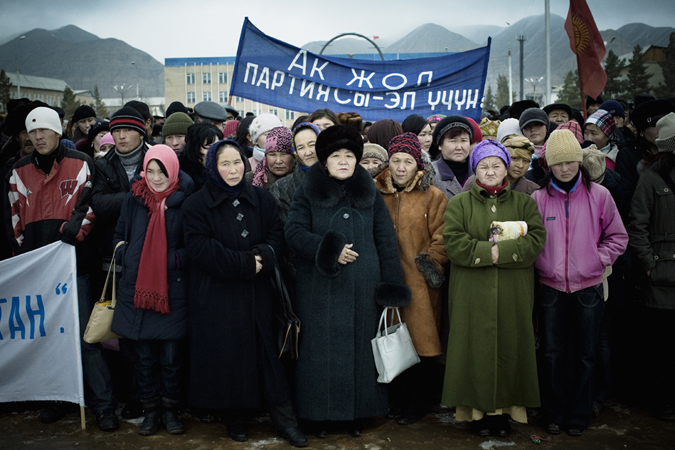 Kyrgyzstan,Naryn. A political rally for the President's party, Ak Jol (Bright Path), during the 2007 Parliamentary elections. The crowd is made up mostly of people working for the administration, who were strongly "invited" to attend the rally. 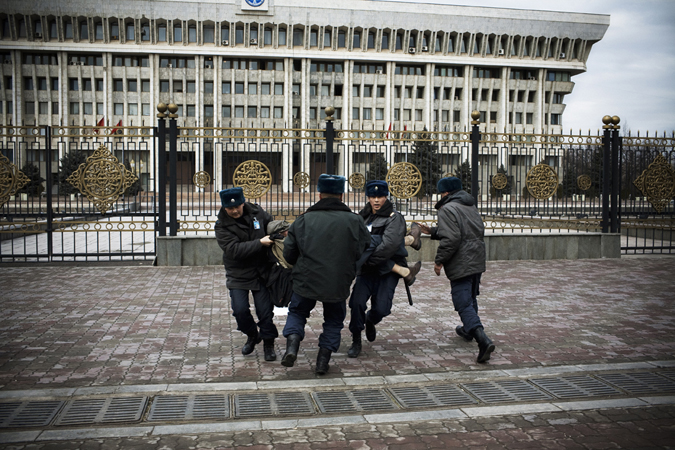 Maxim Kuleshov, government opponent and human rights activist, is violently arrested at a protest calling for the resignation of President Kurmanbek Bakiyev. Later he was placed in the Bishkek psychiatric facility, which once housed Soviet dissidents. 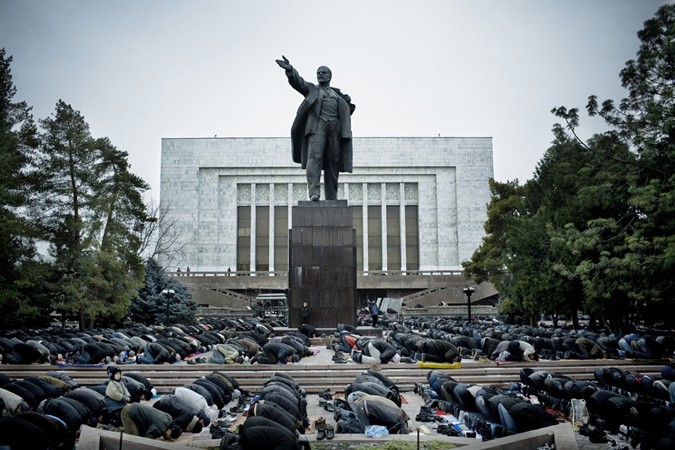 Bishkek. During Eid ul-Fitr, several thousand Muslims pray in front of the parliament building and a statue of Vladimir Lenin. 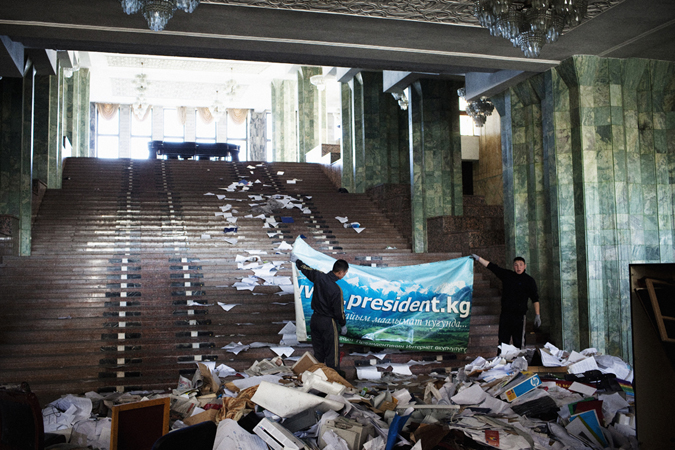 Kyrgyzstan, Bishkek. Men clean in the White House. During the 7th April 2010 uprising, President Kurmanbek Bakiyev was overthrown and this palace was looted and fires were lit. 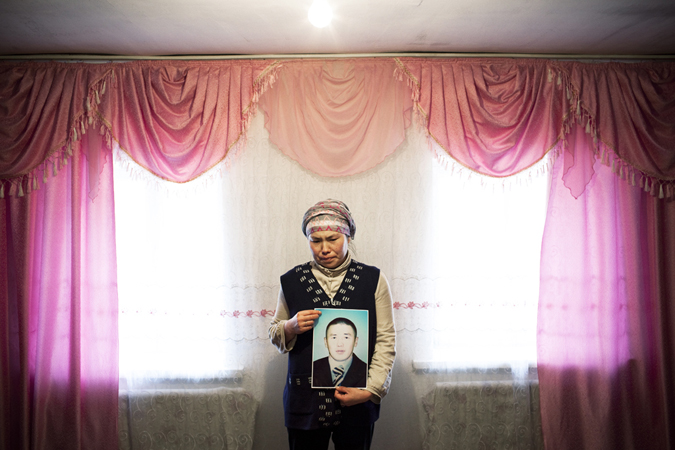 The wife of a man shot during the 7th of April uprising. He was shot in his head by snipers from the roof of the presidential palace. 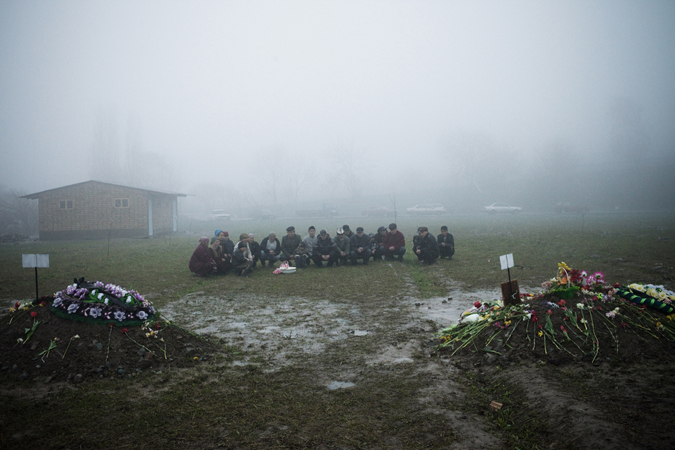 Some Kirghize are praying in honnour of the protestors shot during the 7tf of April uprising at the national Ata-Beyit cemetery where are buried also victims of Stalinism. 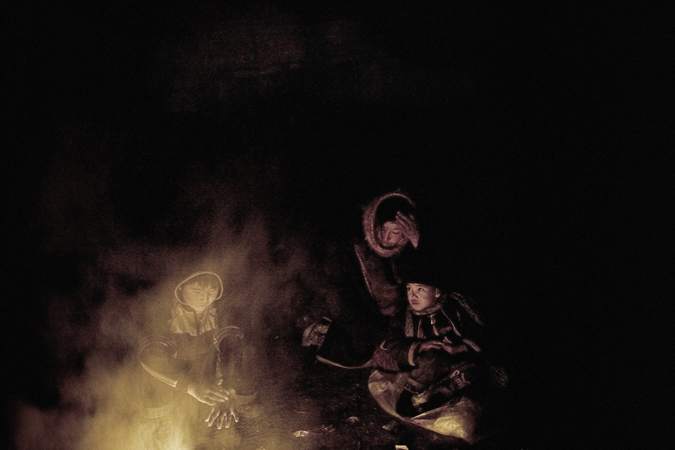 In Osh, south Kyrgyzstan, during an electricity cut some very poor homeless people are burning paperboard to warm themselves. 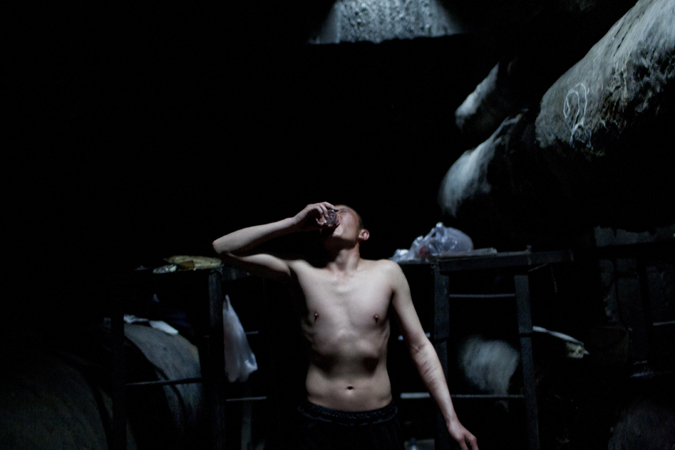 Bishkek. Jenish downs a glass of vodka. He works on the market on Lev Tolstoy Street, nicknamed "the street of the unemployed". In winter he lives underground close to the hot water pipelines.