We often perceive slums as dark dens of poverty and despair, where criminals, juvenile delinquents, and squatters wander aimlessly amongst ramshackle, makeshift structures. We draw a clear distinction between the slum dwellers and ourselves: they are the “other”. This is how slums across the world have long been portrayed in popular discourse.In 2007, for the first time in history, the world's population was more urban than rural. One out three city dwellers – one billion people around the world – lives in a slum. Urban development now appears to be synonymous with a concurrent growth in urban poverty. This rapidly growing gap between the urban rich and poor is most evident in developing countries. Slums are becoming the most prevalent type of urban residential settlement in the developing world. “Where we live matters” is the story of the residents of the Paga Hill slum in Port Moresby, the capital city of the southwestern Pacific nation of Papua New Guinea, in which 45 percent of the population lives in slum neighborhoods. On 12 May 2012, some one hundred police officers armed with assault rifles and machetes descended on the Paga Hill slum with the aim of driving out its residents and demolishing one of Port Moresby's oldest neighborhoods. This forced eviction was being carried out to make room for Paga Hill Estates, an “exclusive” residential development project overlooking Port Moresby bay. This attempted eviction, initiated by a Development Company, constituted a gross violation of internationally recognized human rights, including the right to adequate housing. Though the eviction was eventually halted due to the intervention of Papua New Guinea opposition leader Dame Carol Kidu, police forces had already nevertheless managed to demolish Paga Hill 21 homes. Slums are often perceived as dark, frightening places, the corners of our cities that we often choose not to see. Paga Hill is no different. The images presented in this project put human faces on Paga Hill's residents, telling their personal stories rather than leaving them relegated to statistics, stigma and prejudice. Where we live matters. Our place of residence dictates whether or not we have access to basic services, whether or not we are employable, indeed, if we are even fully human in society's eyes. This project aims to challenge the viewer's perception of slum dwellers and to highlight the critical truth that, irrespective of a person's place of residence, all people have the same basic needs, hopes and fears. 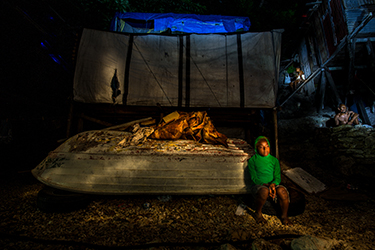 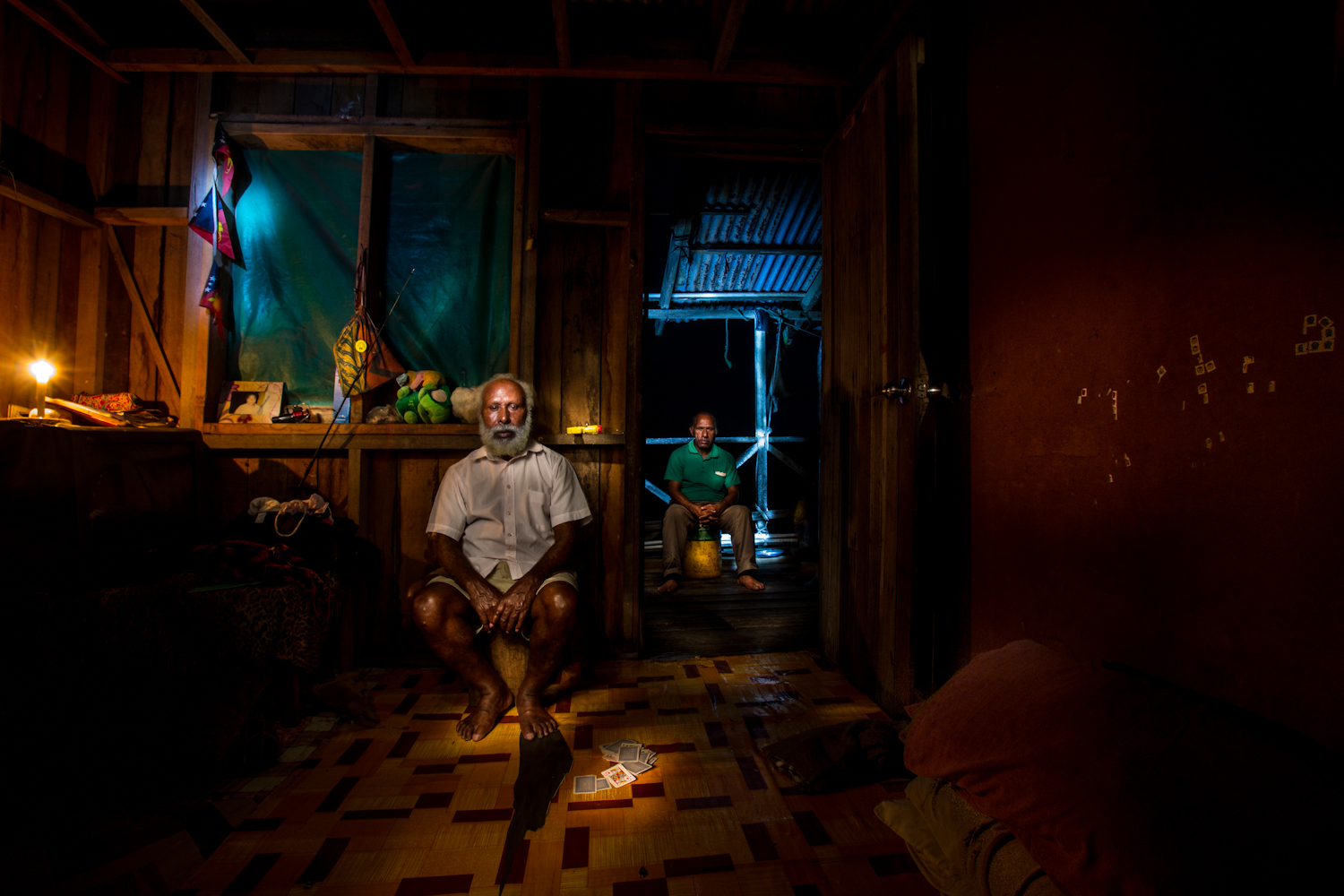 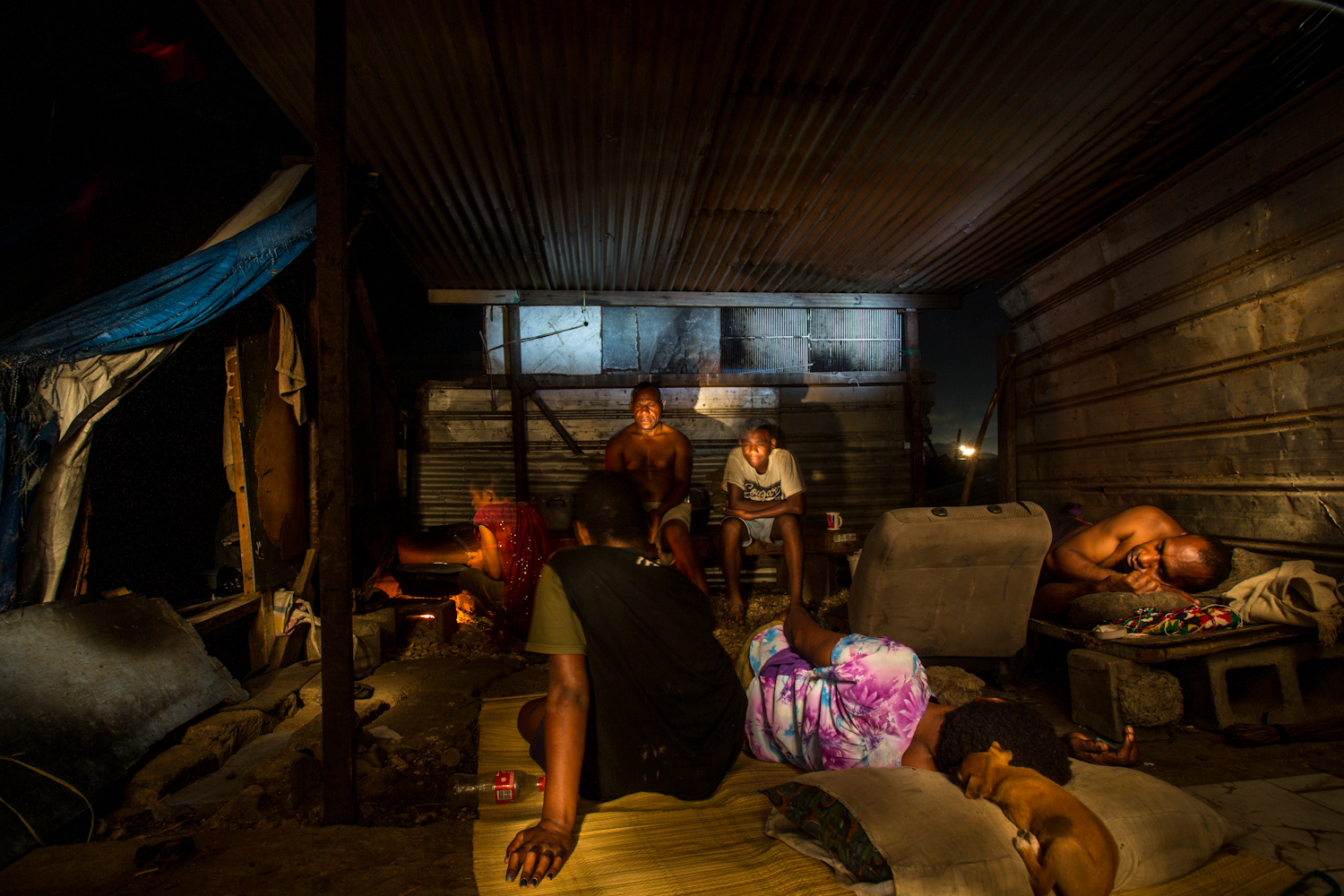 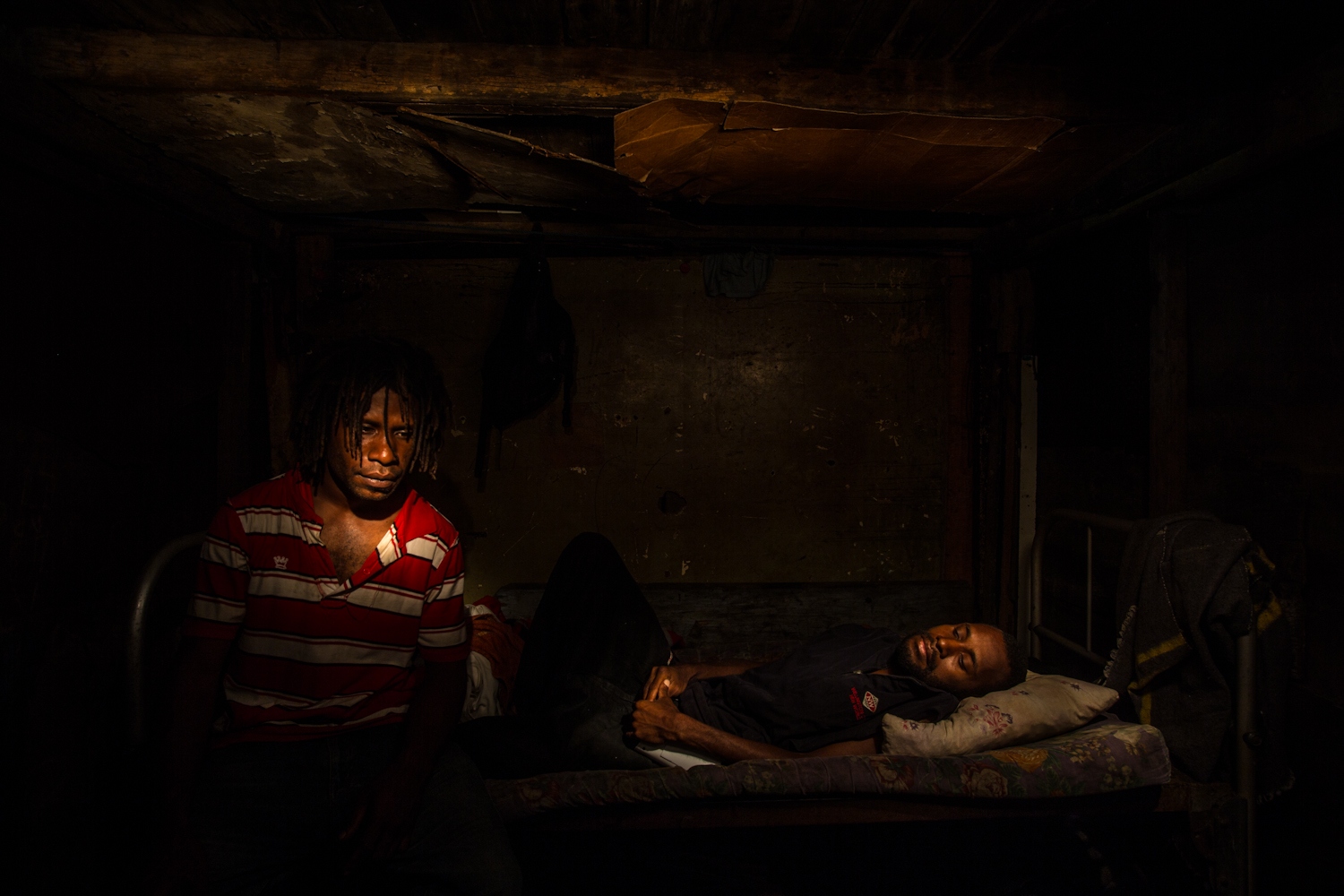 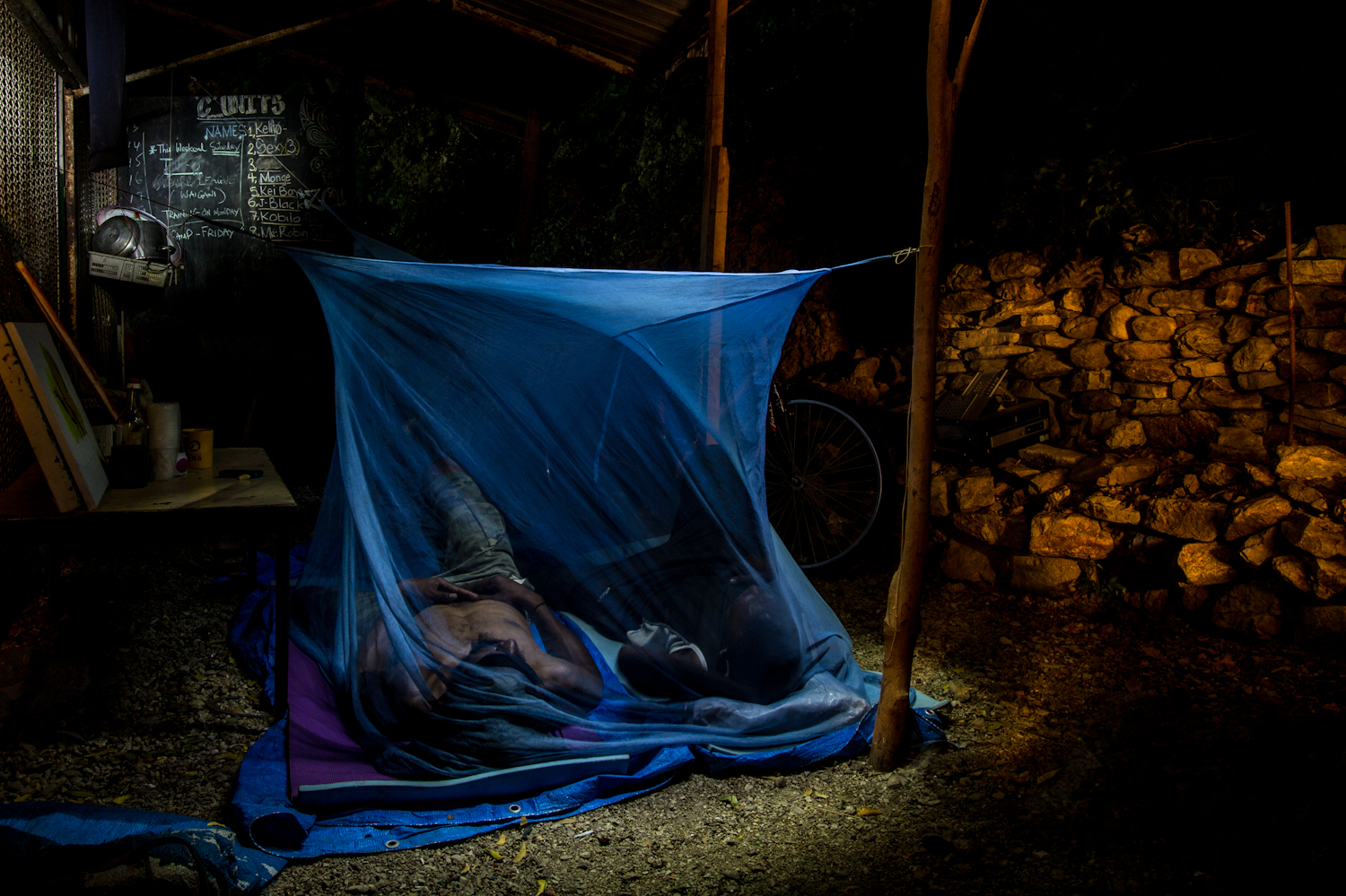 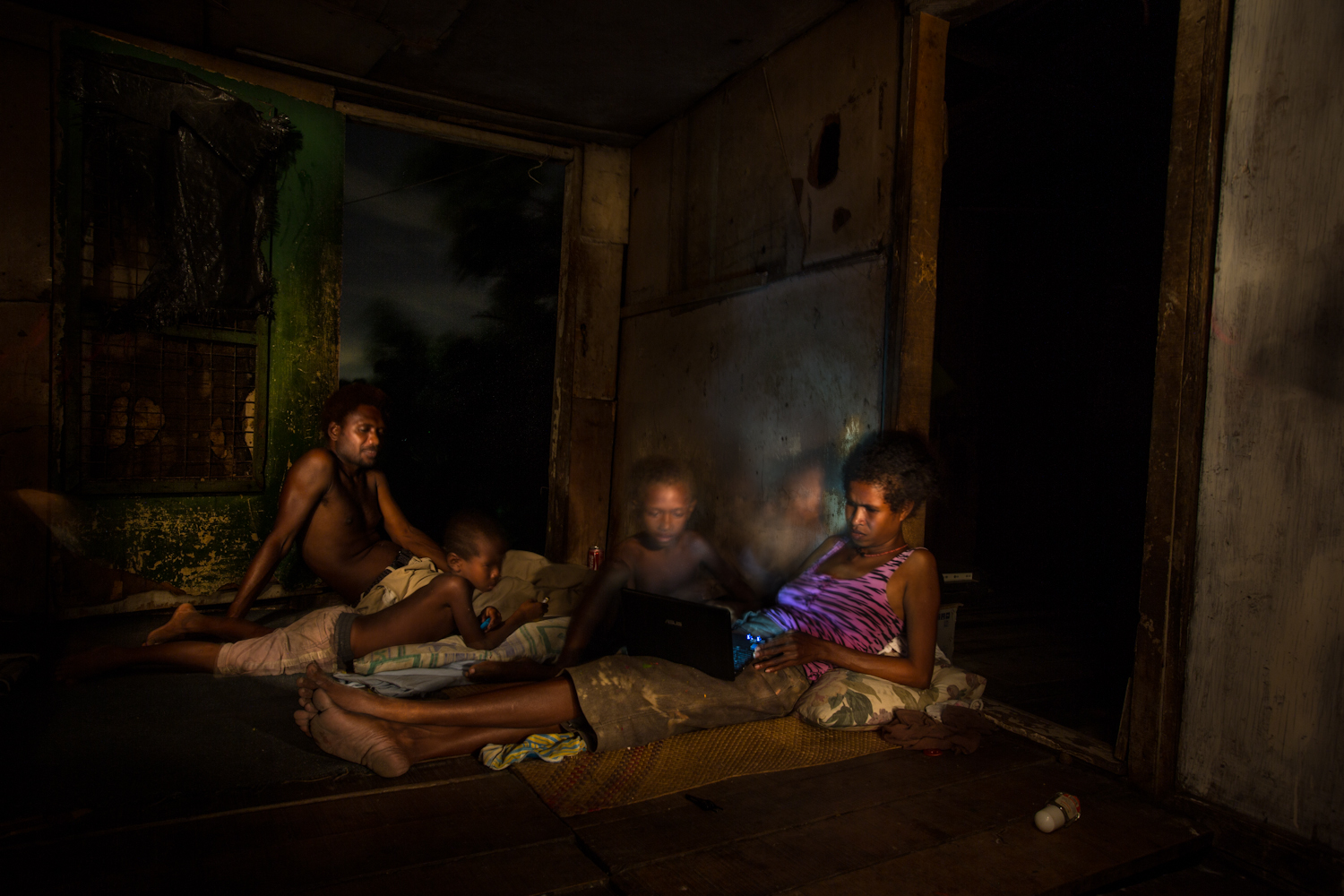 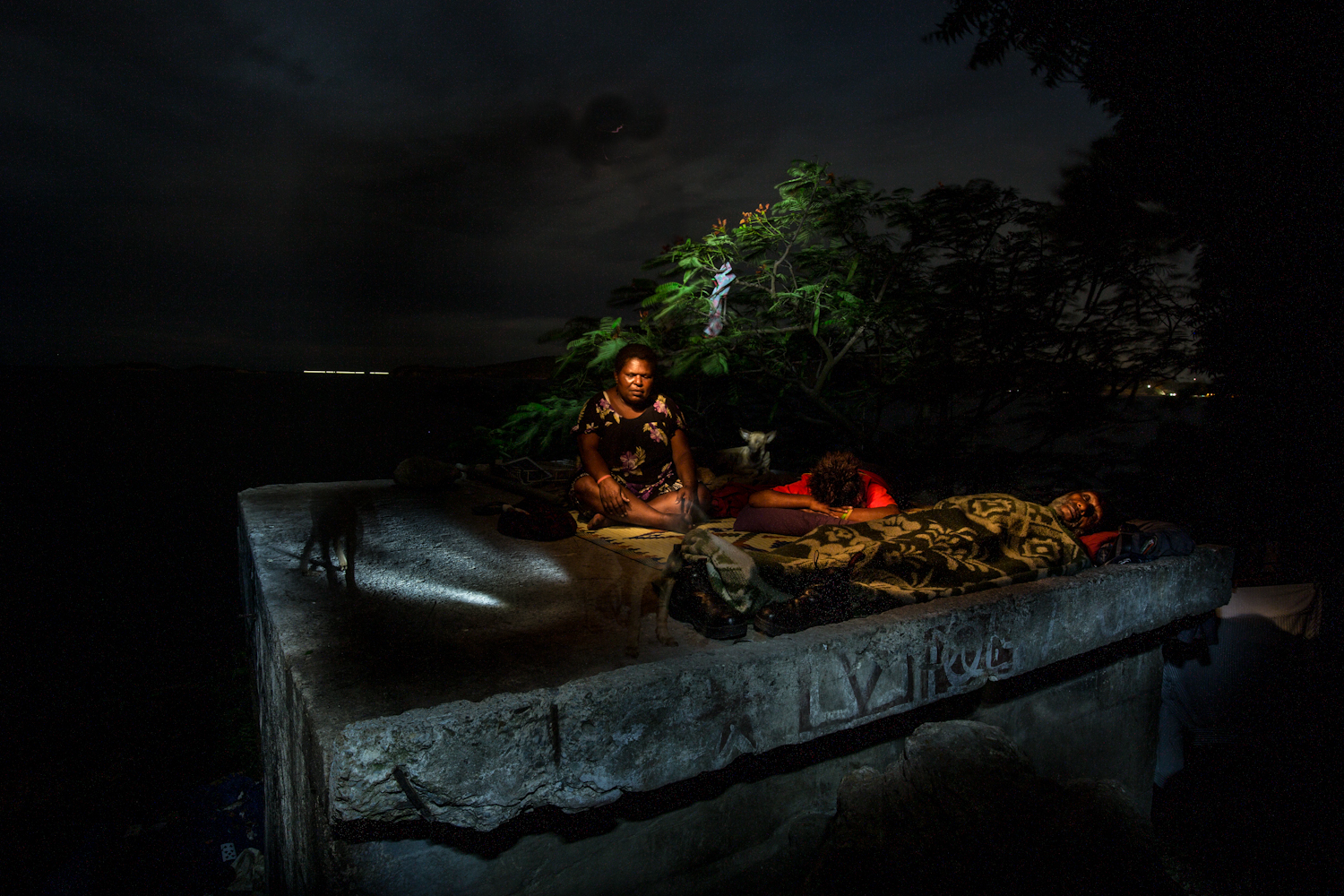 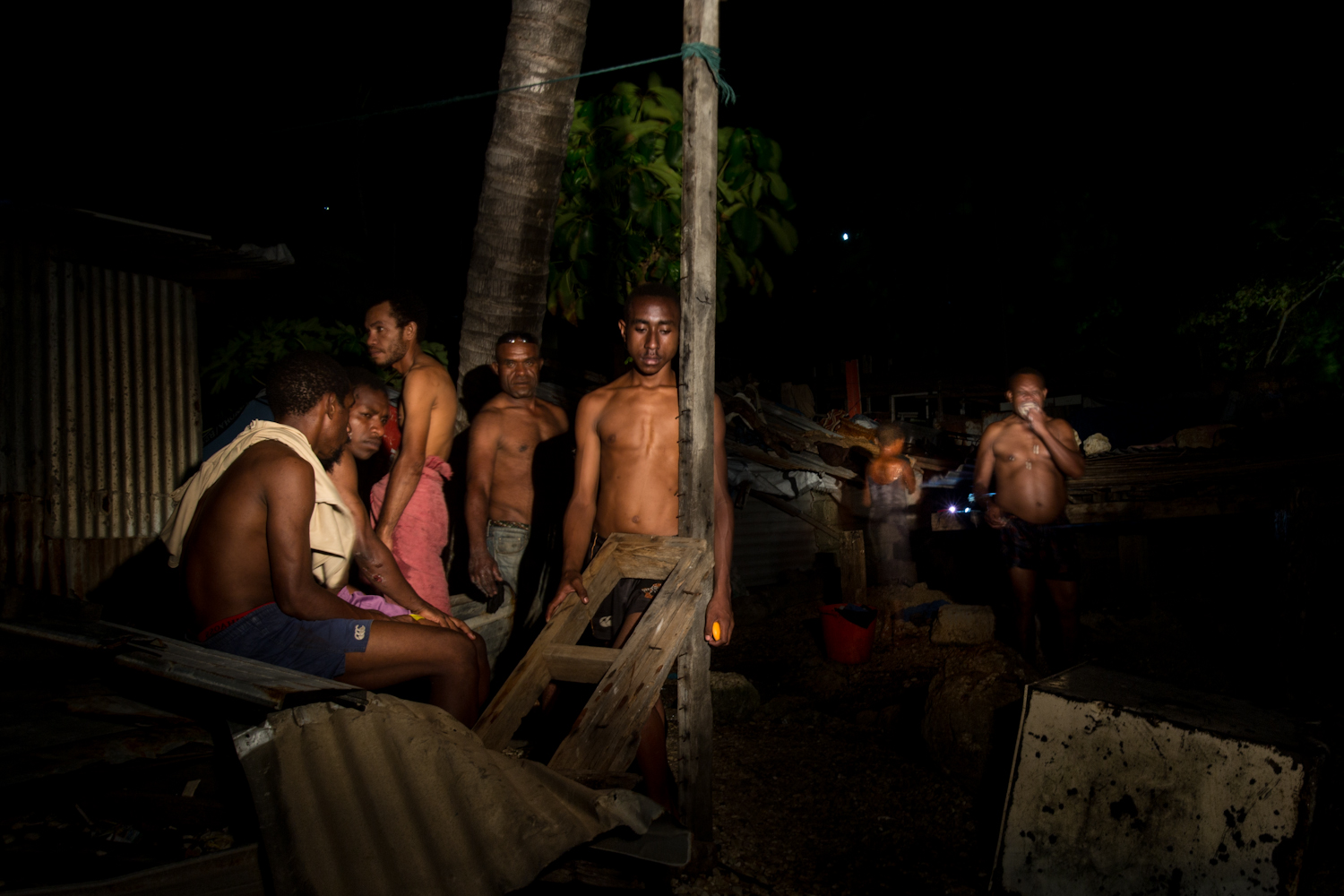 A group of men are washing at one of the few water points remaining. On the May 12, 2012, when the tentative eviction took place, the bulldozer destroyed both the water line and the electrical supply line.