“I don’t think anyone will survive,” said Schiavone, repentant, in his secret testimony. “In Casal di Principe, Castel Volturno, and so on, the inhabitants are all at risk of dying from cancer within twenty years.” He was former treasurer of Casalesi clan controlling the territory in the so-called “Land of fires”: an area in Campania, situated among the province of Caserta and Naples, sadly known for being the most polluted area of this region, due to millions of toxic waste that have been illegally dumped here over the past 20 years. Waste is not only buried underground, in fields where agriculture and farming are present, but also incinerated. The environmental disaster is the greatest in Italy, affecting not only soil, but also the aquifer. My work is actually made of two strands: on one hand, the story of a land, tormented by an underworld pollution, that’s sentencing the inhabitants to death; on the other hand, my purpose is to tell the story of its inhabitants: young children who died of cancer; inconsolable but courageous mothers, who unceasingly march and protest against this massacre; ill people, daily fighting to keep alive; teenagers who lost their parents and claim a better future. All these people united by the same destiny and by such a strong attachment to their origins that if you dare ask them why they don’t decide to move somewhere else, you might get an answer like “And where shall I go?". 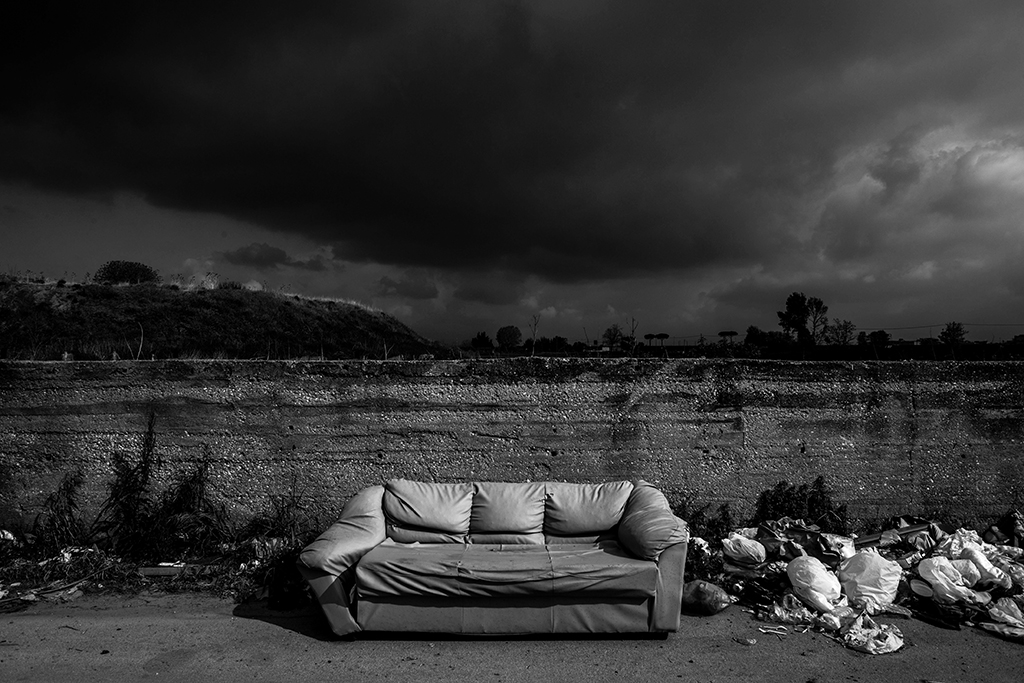 Waste in Via “Cinquevie”, in the heart of the “Land of Fires.” April, 18 2015 Casalnuovo, Naples.Casalnuovo is a small town within the so-called “Land of Fires,” an area in Campania between the province of Caserta and the province of Naples, sadly reknown for being the most polluted area of this region due to millions of tons of toxic waste that have been illegally dumped here over the past 20 years. The soil and groundwater have been polluted by illegal industrial dumping. Hidden underneath various sites in Campania, is dioxin, tetrachloride, lead, arsenic, PCBs, asbestos, industrial sludge, toxic solvents, and other chemicals seep into the soil and ground water. Casalnuovo-Napoli 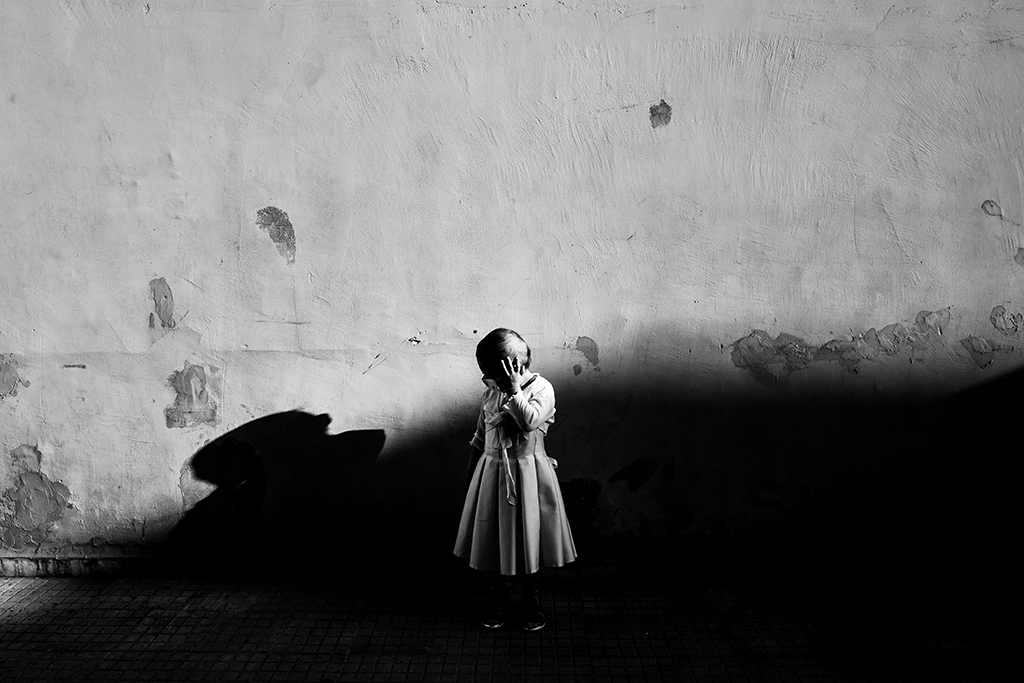 Anna Russo, three years old, is fighting with acute lymphoblastic leukemia and is in a period of maintenance care. Anna is one of many young victims of an unfolding disaster that’s gone on for too long. Casoria, Naples 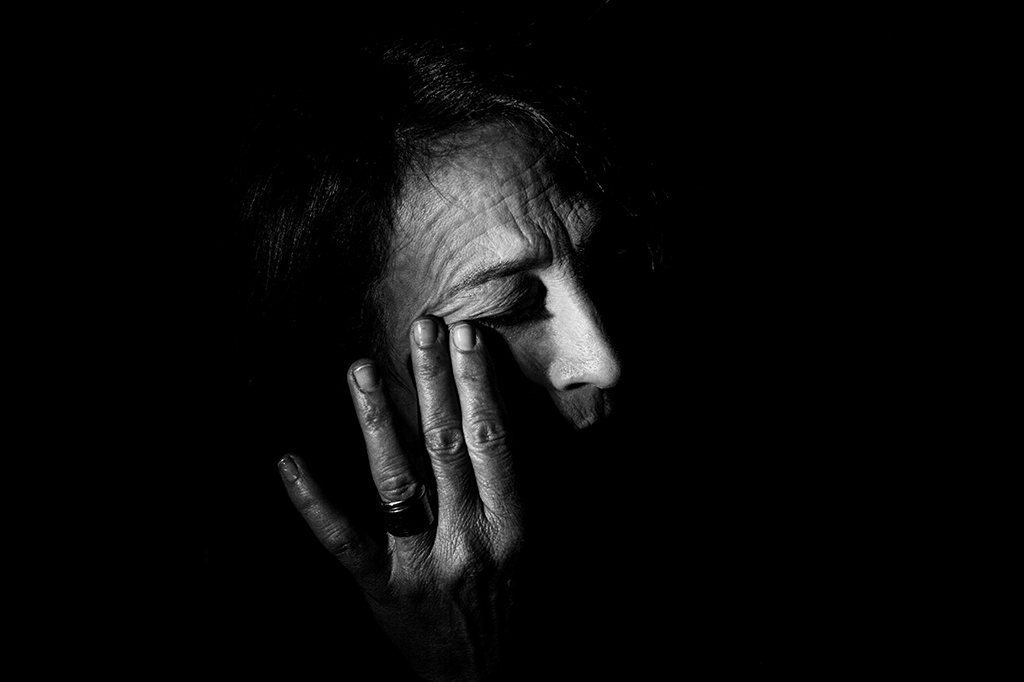 Pina Palma, 52 years old, wiping her eyes while she talks about her daughter Francesca, who died because of an acute lymphoblastic leukemia. She was only seven years old. Francesca is one of many young victims of an unfolding disaster, that’s gone on for too long. Villaricca, Naples 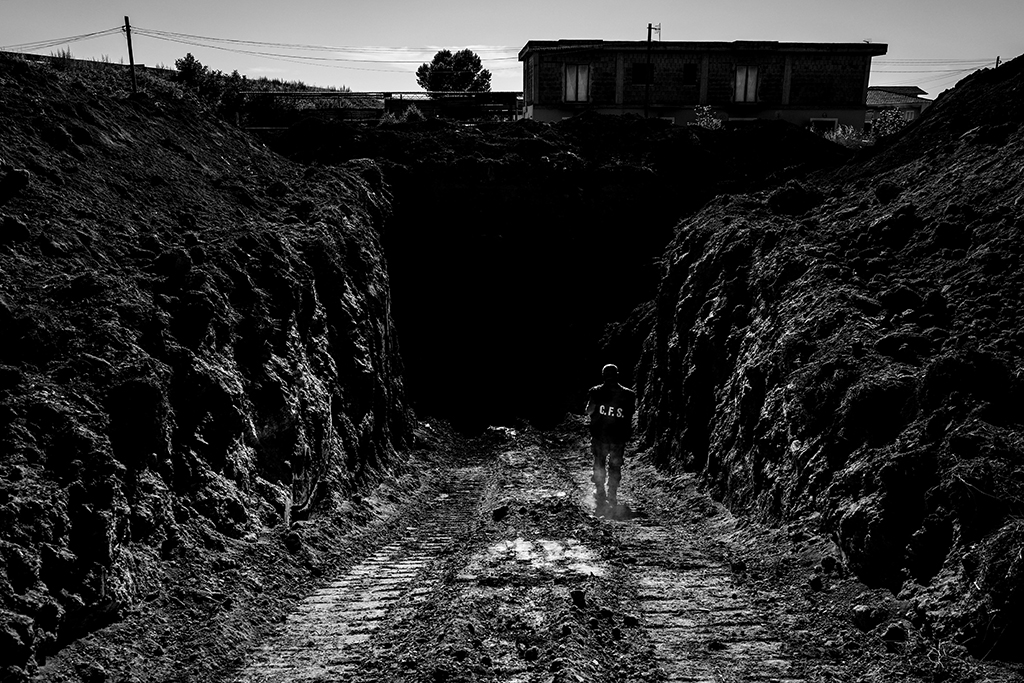 A member of the State Forestry Corp enters an illegal  dump site, revealed by a penitent Carmine Schiavone, former high-ranking member of the Casalesi clan. Camorra ensured a measure of protection and silence by burying the waste in its backyard near Naples and the surrounding region of Campania, especially in small towns like Casal di Principe. Bosses often exert a powerful influence over the local economy and politicians. “The inhabitants are all at risk of dying from cancer within twenty years,” said Carmine Schiavone, repentant former treasurer of Casalesi clan, in his secret testimony. “In towns like Casapesenna, Casal di Principe, Castel Volturno, and so on, they have, perhaps, twenty years to live. In fact I don’t think anyone will survive.” Casal di Principe, Naples 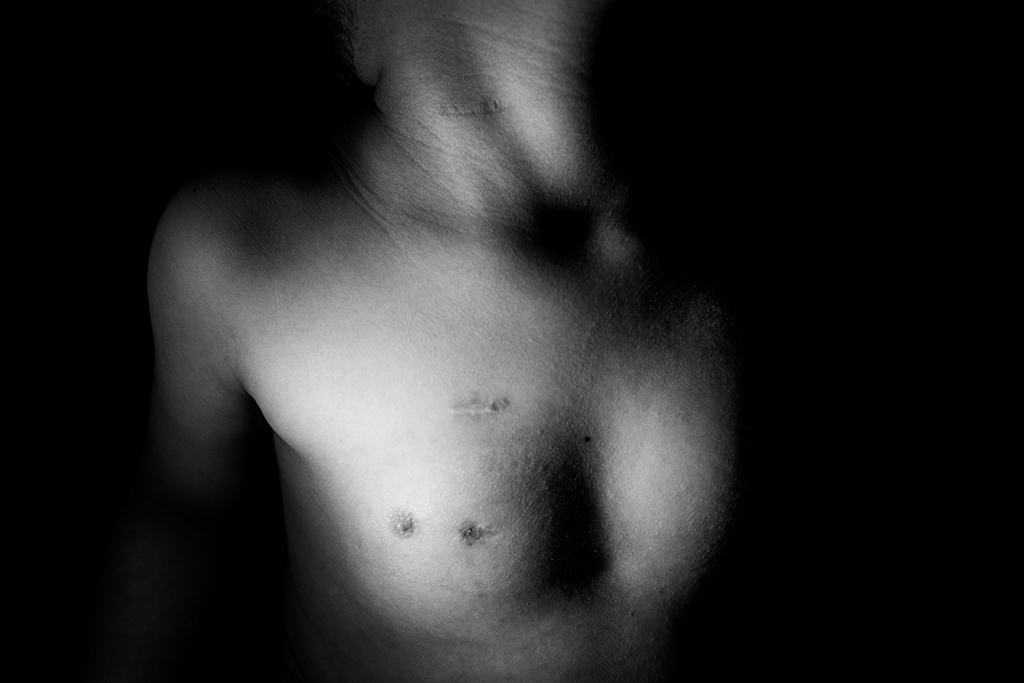 Christian Russo, three years old, is fighting with an acute lymphoblastic leukemia. Now is in the period of maintenance care.Christian is one of many young victims of a unfolding disaster that’s gone on for too long. Casavatore, Naples 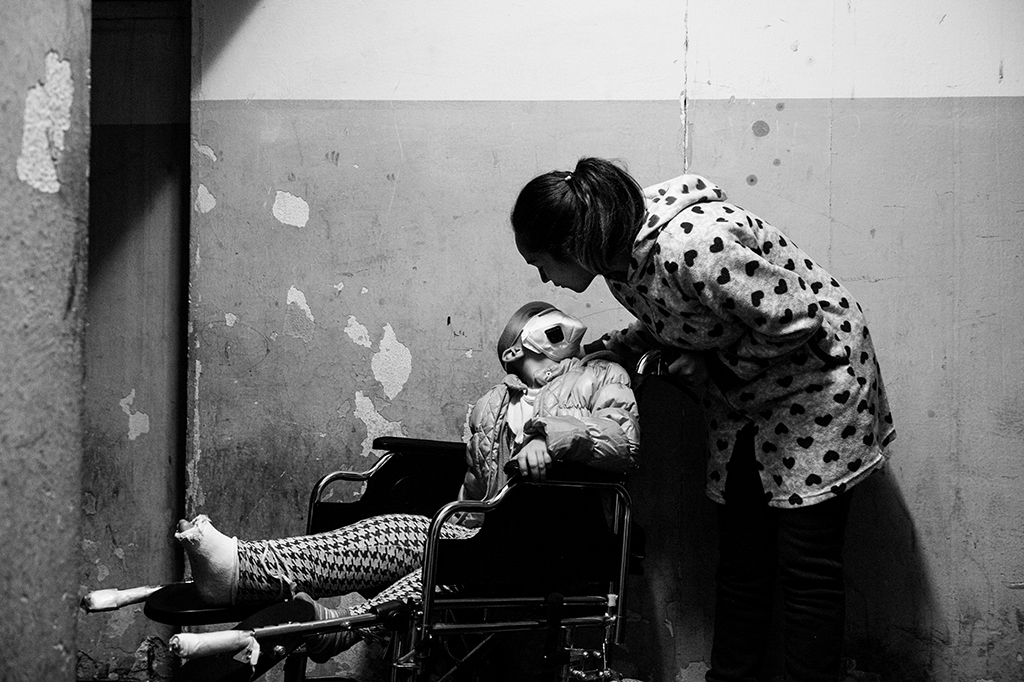 Lucia Veneroso, 22 years old, kisses her daughter Martina, five years old.  Martina is struggling with bone sarcoma. The cancer has confined her to a wheelchair. After nine cycles of chemotherapy, she’s waiting for a transplant. Casoria, Naples 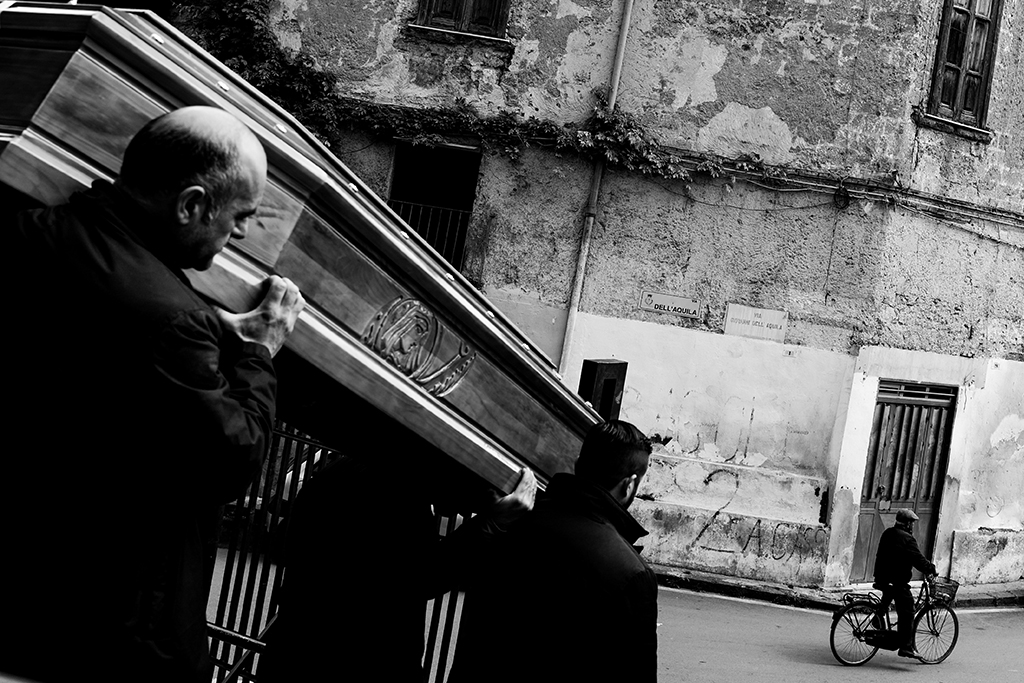 Funeral of Raffaela Loffredo,  who died of cancer. She was 62 years old. Afragola, Naples 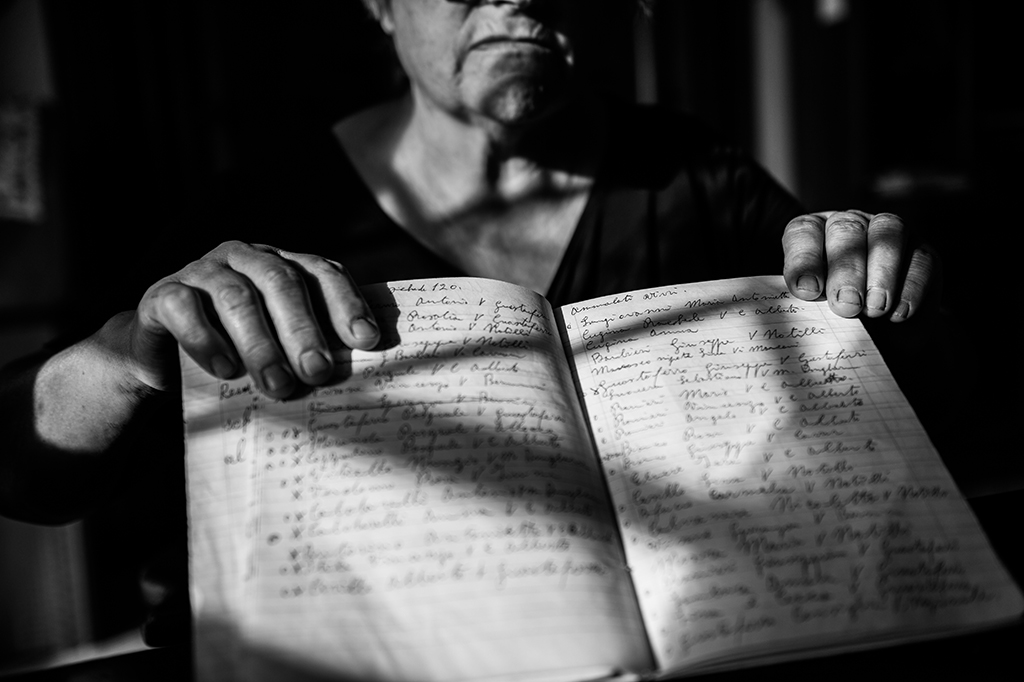 Rosa Bianco, 67 years old, shows me the notebook with the names of inhabitants of Terzigno, who fell ill with cancer.In 2010, Rosa fell ill with leukemia and now she lives a life of medicines and chemotherapy cycles.  In the last two years she has been collecting reports of all the sick people living around Cava Ranieri, a disused waste storage that has gradually become a stinky, poisoned lake full of leached toxic chemical.Rosa has collected evidence of 120 tumors in her notebook so far. Thanks to her work, environmentalist lawyers Maria Rosaria Esposito and Mariella Stanziano are fighting to have local cancer registries updated and obtain proper drainage and environmental protection for the landfill.The site was meant to be only temporary but delays and emergencies have always prevented drainage operations. Tarpaulin covers are torn by bad weather and rubbish has started to ferment. Terzigno, Naples 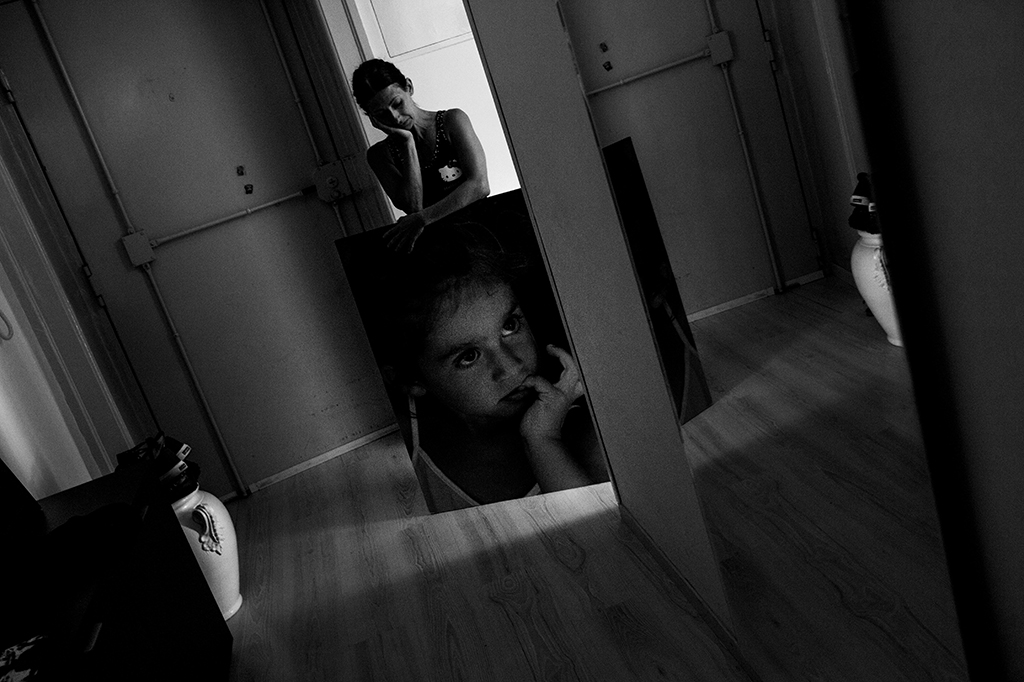 Luisa Crisci, 38 years old, graphic designer, is an activist and member of the association “Noi, genitori di tutti” (“We, everybody’s parents), founded to fight against the pollution in the “Land of Fires.” Her daughter, Alice, died in 2013  of a brain tumor when she was only three years old.Today, Luisa has two children, a  four year old boy and a new born. During protest marches against toxic fires and illegal waste, Luisa always carries this giant poster showing her daughter. Naples