Dan Giurca is a photojournalist whose work has been widely published, including in The NY Times, Paris Match, NY Daily News, NY Newsday and distributed at times by Getty, AFP, Corbis, Sipa and others.  In 1990, he traveled to Bucharest, Romania to cover anti-communist demonstrations on the first anniversary of the overthrow of Ceausescu. He witnessed a military vehicle intentionally ram the protesters, seriously injuring or killing an unidentified individual.  For the last 25 years, he has continued to pursue justice for the victim in the face of official resistance and obstruction.Romania has deliberately avoided prosecuting those responsible for communist era crimes undertaken by the Securitate before 1989 and the rebranded security services after December 1989. I witnessed and photographed one such crime in University Square, Bucharest in 1990 while covering protests on the one-year anniversary of the overthrow of Ceausescu. The Romanian authorities crushed an anti-communist demonstration on December 23rd and used truck 31-B-7354 to deliberately run over a demonstrator. The prefix 31 was reserved for Interior Ministry vehicles. The photos and story were made public in Romania Libera on January 11, 1991. The response from the authorities was to beat up all the press photographers working in University Square between the 11th and 13th of January 1991, including an AFP stringer whose face they mutilated. The US Embassy made an official complaint, as one of the photographers was a US citizen.In 1999, I contacted both a Romanian senator and the United States Embassy about the incident. An investigation was officially opened only when the US Embassy contacted the Military Tribunal.  But the investigation, led by prosecutor Ionel Slavoiu, was never intended to uncover anything.  First he claimed that the truck belonged to a “commercial society,” SC INSCUT SA, when in fact the registry of commerce indicates this company did not come into existence until April 1991!  When asked if the driver was a member of the military, he said "no, absolutely not" , several years later, documents revealed that the driver was an active soldier, Teodor Adrian Georgescu, who admitted to driving the truck. Authorities have refused to release the driver's rank, function, and military unit but witnesses who knew where he lived, reported that he was a Major in the Securitate.Slavoiu also sent soldiers at night to the home of a witness in order to intimidate and influence his testimony. He deliberately refused to call another witness for questioning. The driver characterized the photographs from the scene as, “journalistic fantasies.”  Police Commander Dumitru Jianu made the false written statement “31-B-7354 was not involved in any road event”.The Romanian authorities have made numerous attempts to obstruct justice in this case. Romanian Senator Ticu Dumitrescu was initially told “this case has been investigated completely but the results are secret.” Later he was told “this case is so well known, it does not add anything new.” When the chief of the European Commission in Romania, Jonathan Scheele, delivered a letter inquiring about the incident to the Interior Ministry an official gave the letter back stating it could not be accepted because it was “written in English.” One strategy for obstruction involves using slightly modified dates when responding to inquiries.  The tribunal stated it could not find the victim of the “road event” on 23.XI.1990, deliberately misrepresenting the month of the crime via Roman numerals (XI instead of XII). When I brought this to their attention they later stated nobody died in University Square on December 23, 1999 deliberately misrepresenting the year of the incident which occurred in 1990 not 1999. Taken individually each attempt to obstruct justice may not be evidence of a crime but collectively, over the span of 25 years, there is a remarkable pattern, cohesion and singularity of purpose that point to systematic obstruction of justice. To date all those responsible are free. 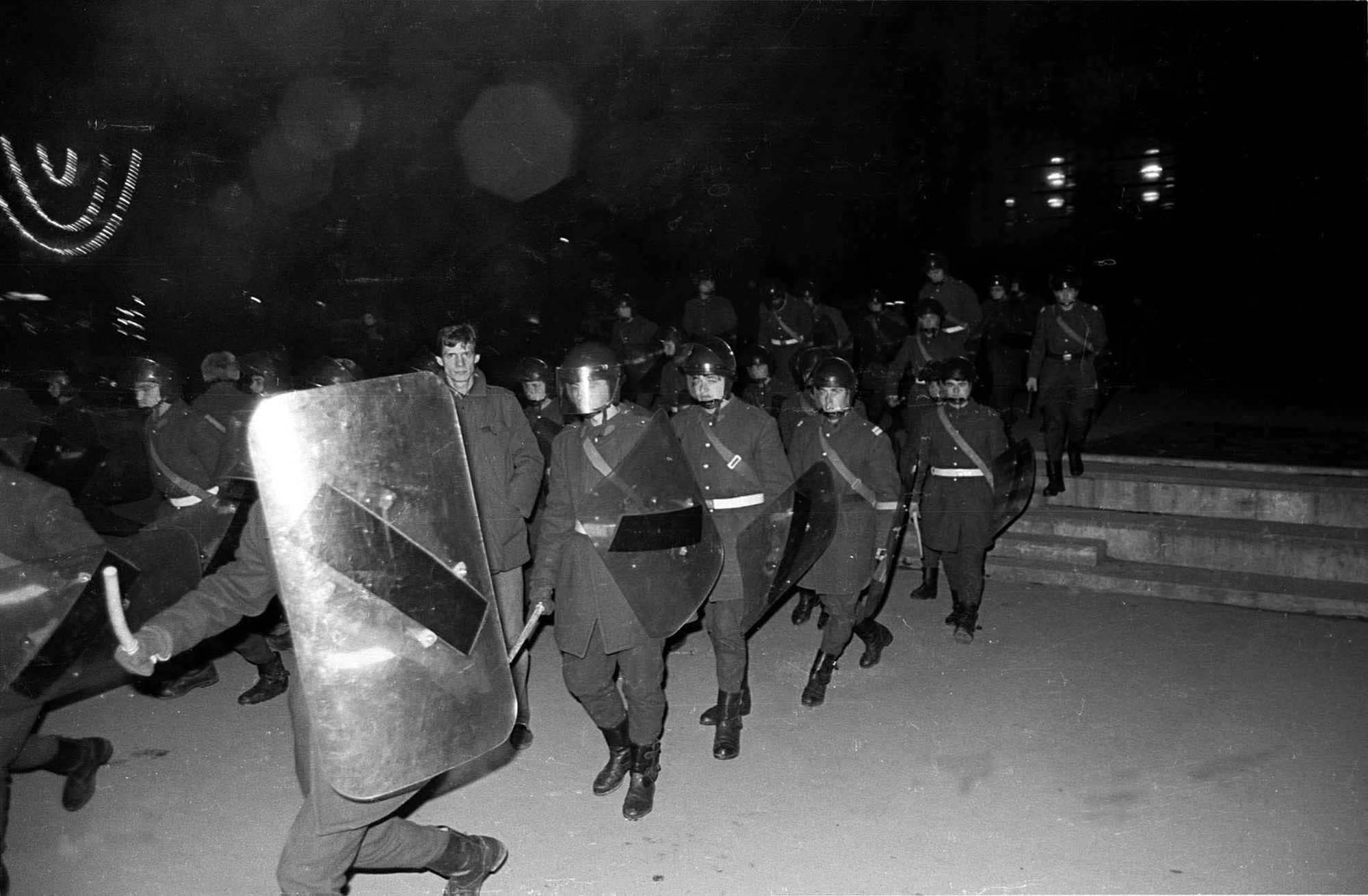 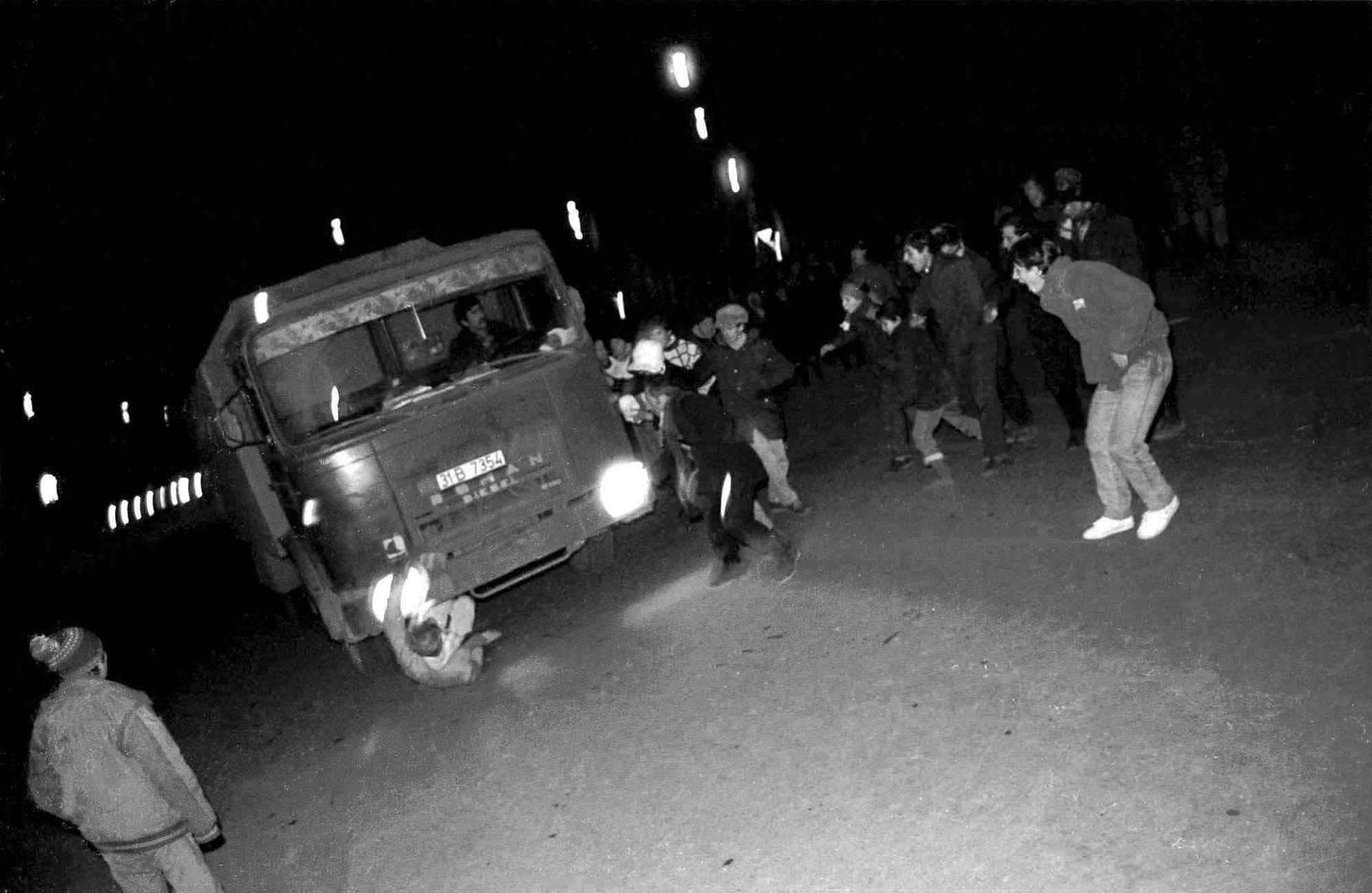 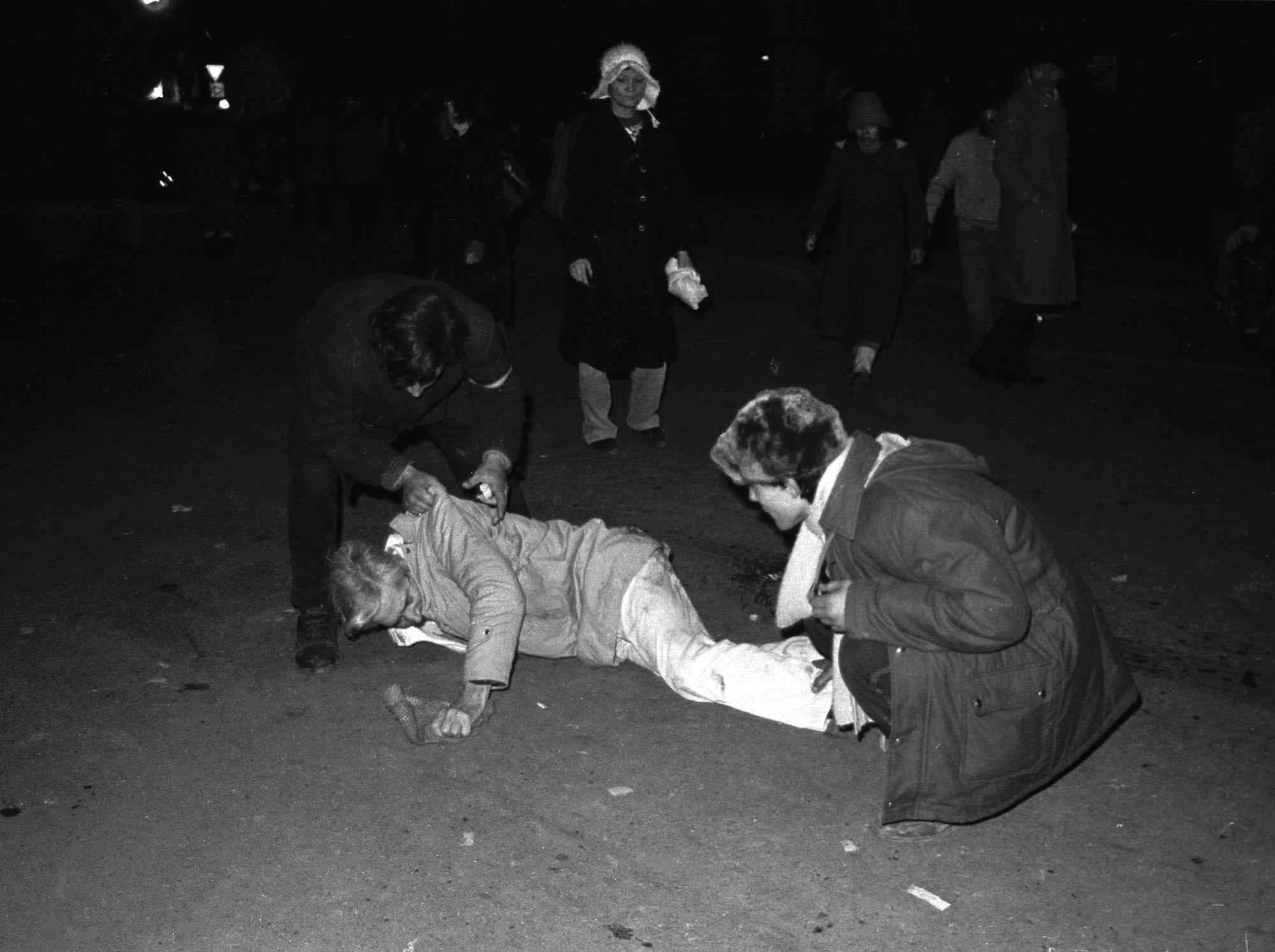 The unidentified demonstrator who was run over by a military vehicle that intentionally rammed demonstrators in Univeristy Square in Bucharest on December 23rd, 1990.