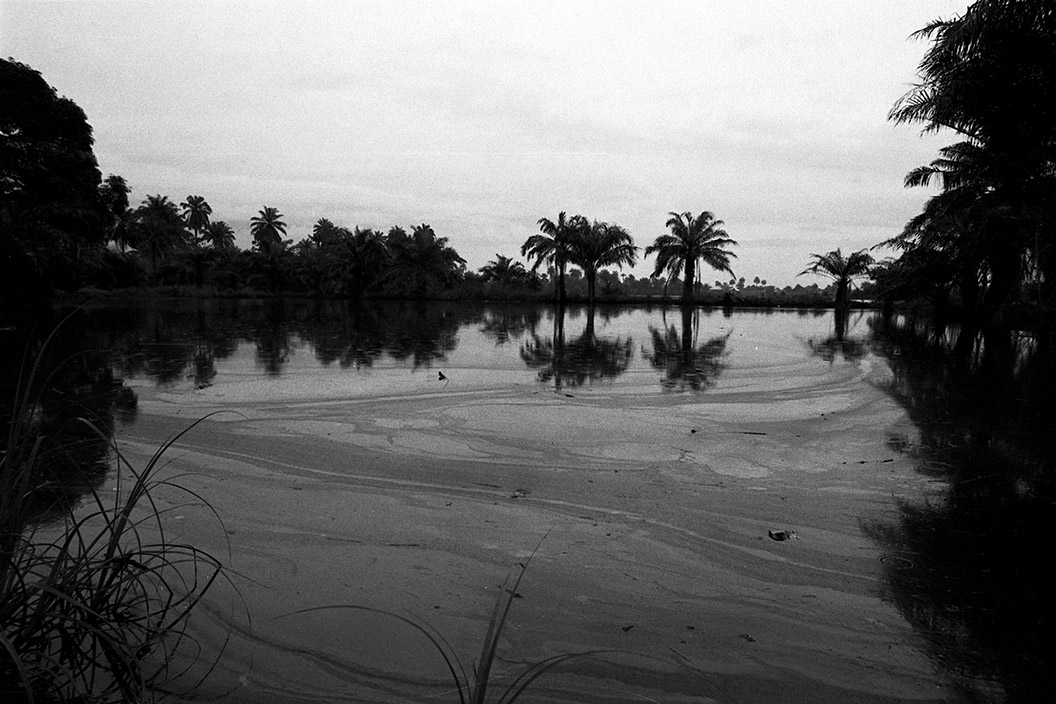 Despite international corporations’ habit of blaming illegal refineries and oil theft for the ongoing environmental disruption of the Niger Delta, it’s rather difficult, or even short-sighted,  to look at the region’s history without taking into account the detrimental role that the foreign oil industry has played across the area for over half a century.In Ogoniland, at the heart of our research, from the discovery of oil in late 1950’s the communities have found themselves in the eye of Shell’s rush to seize the sweet crude, which the area offers profusely. For more than 30 years misconduct and environment disruption were perpetrated under the shadow of dictatorship or political instability, culminating with the infamous trial of The Ogoni 9, hanged on November 10th, 1995, thanks to false depositions of mendacious witnesses, in a climate of brutal, escalating military repression. 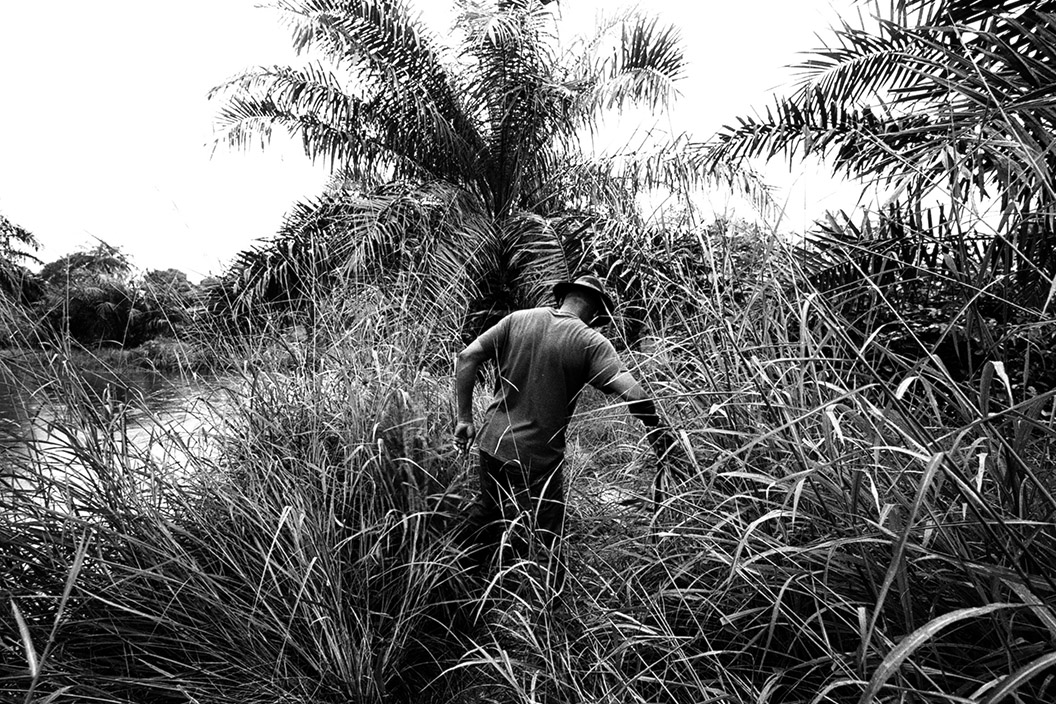 Chief Eric Dooh moves the weeds aside as he walks across what once was his village’s flourishing land, today rotten and infertile. The Goi Community was deserted by its people as a consequence of several major oil spills starting in 2004 from the Trans-Nigeria Pipeline. Goi, Gokana LGA, Ogoniland, Nov 2018Even today, twenty years later, and almost a decade after the 2011 UNEP Environmental Assessment of Ogoniland, not much has changed. In its 2018 report, “Negligence in the Niger Delta,” Amnesty International has exposed how the companies still fail to operate in a timely and proficient manner in response to the spills, widely increased by aging infrastructure.As a direct consequence of this clearly irresponsible behavior, encouraged by an almost absent surveillance authority, a large number of improper clean-ups have be observed across Ogoniland.

At the same time, after years of failing to perform even its most basic tasks, HYPREP (the governmental agency mandated to organize and perform the long-awaited “Clean-up of Ogoniland") is now facing a growing number of corruption allegations, causing major concern among the Ogoni people. Safe water and a healthcare program addressing pollution-related diseases are still the most-pressing deficiencies waiting to be addressed. Benzene, a known carcinogen, is in fact consistently present in Ogoniland’s water, at levels reaching over 900 times above WHO guideline.This photographic report, excerpted from an ongoing project, stands in support of the communities of the Niger Delta, struggling against the companies’ persistent deceptiveness and misconduct,  who are devastating their lands and suffocating their rights, fueling instability and inequality. 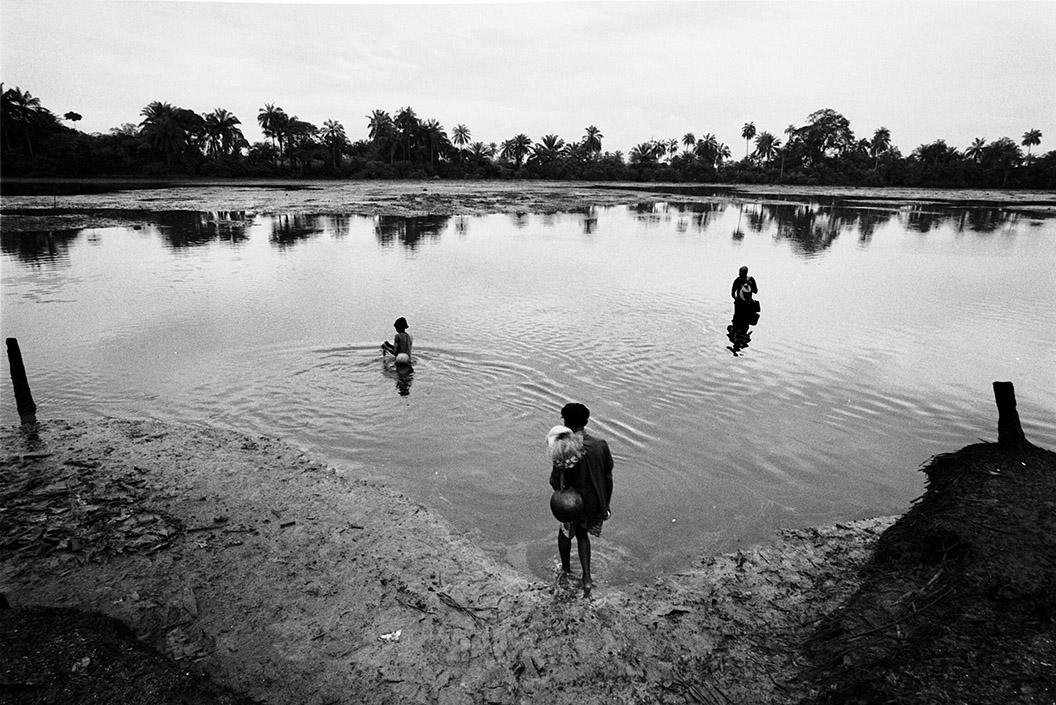 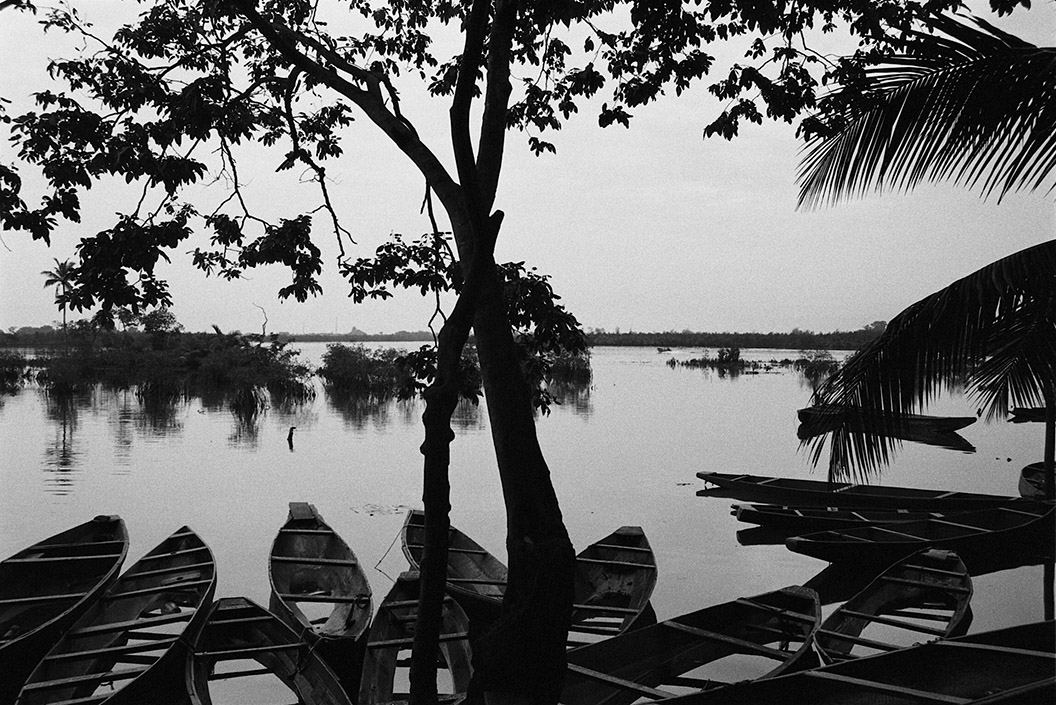 The Naaben Community, once a fishing village, today is involved in the illegal refining business. 16 - Along the riverbank, various canoes and rudimental tankers  are docked, floating in the same river that provides water to the whole community. The illegal refining facility stands within a mile, poisoning its own operators.  17 - The high tide level is clearly marked on the mangrove forest where it is covered with oil. Naaben, Gokana LGA, Ogoniland, Nov 2018 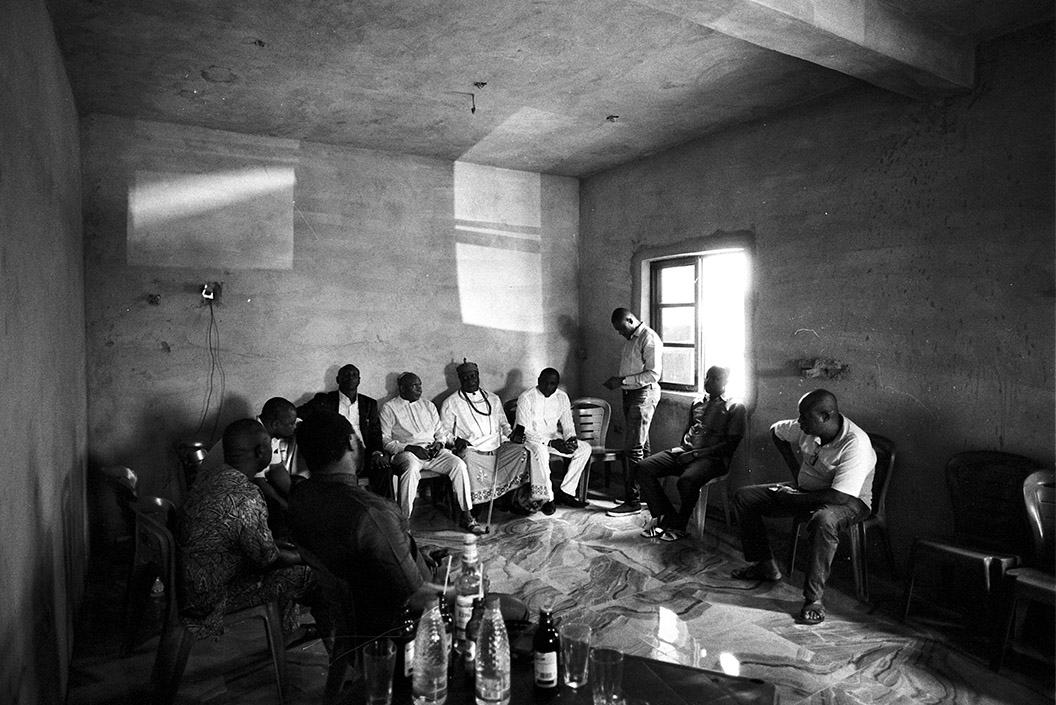 King Francis Temi Ododo and a few representatives of the Ikebiri Community, who in early 2018 took ENI (AGIP/NAOC) to court in Italy for the first time, after a major oil spill impacted their lands in 2010. Yenagoa, Bayelsa State, Nov 2018