The grave of rabbi Nahman from Breslov in Uman, Ukraine is one of the biggest holy place of Hasidism in the world. Rebbe Nahman's grave is located in rebuilt synagogue on the former site of the Jewish cemetery that was destroyed during II World War, 1944. Rebbe Nahman from Breslav was a founder of Hasidism. He told that everyone who would come to this place and pray could leave all his sins here and would be forgiven. Every year almost 20 000 Hasidim come here to pray from all over the world. They pray during celebration of Rosh Hashana (the Jewish New Year). According to their religion they can't do anything in this day even to look at the light and fire. At this day they go the lake, pray reading Psalms and throw stones in the water. It has a symbolic meaning. They throw out all their sins from last year in the water.This pilgrimage gives to the local citizens good opportunities to earn money. Citizens lease their apartments to Hasidim, carry their bags and sell different things during these days. From the other side, during the past few years there were some conflict situations with citizens because everybody thinks that here is their native land. That is why this area is guarded by policemen. But the most interesting thing that I was really impressed it is a huge number of plastic guns, shotguns, pistols and rifles in the hands of children. Every boy has a toy gun in his hand. All these weapons are perfect copies of the real ones. They shoot each other with plastic bullets and play  war on the streets. It is really hard for me to understand how people are going to make a piece in Israel-Palestinian conflict when they give guns to their children, even if it is a toy. "If you are an officer, please take care about your soldiers, and never let the rudeness to them. You should always remember that a soldier's heart is full of grief and fear, he should go to the front and doesn't know what will happen with him tomorrow" (from the book of Rebe Maarosh, hasidic spiritual leader) 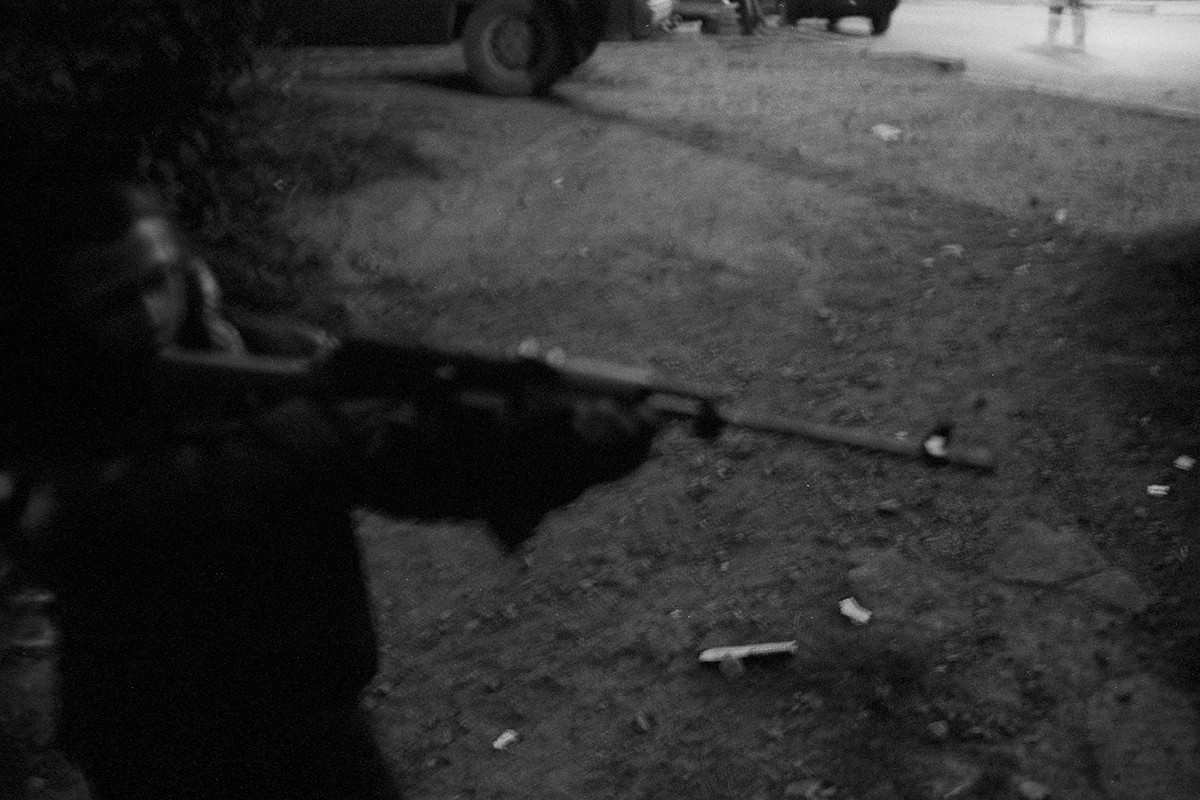 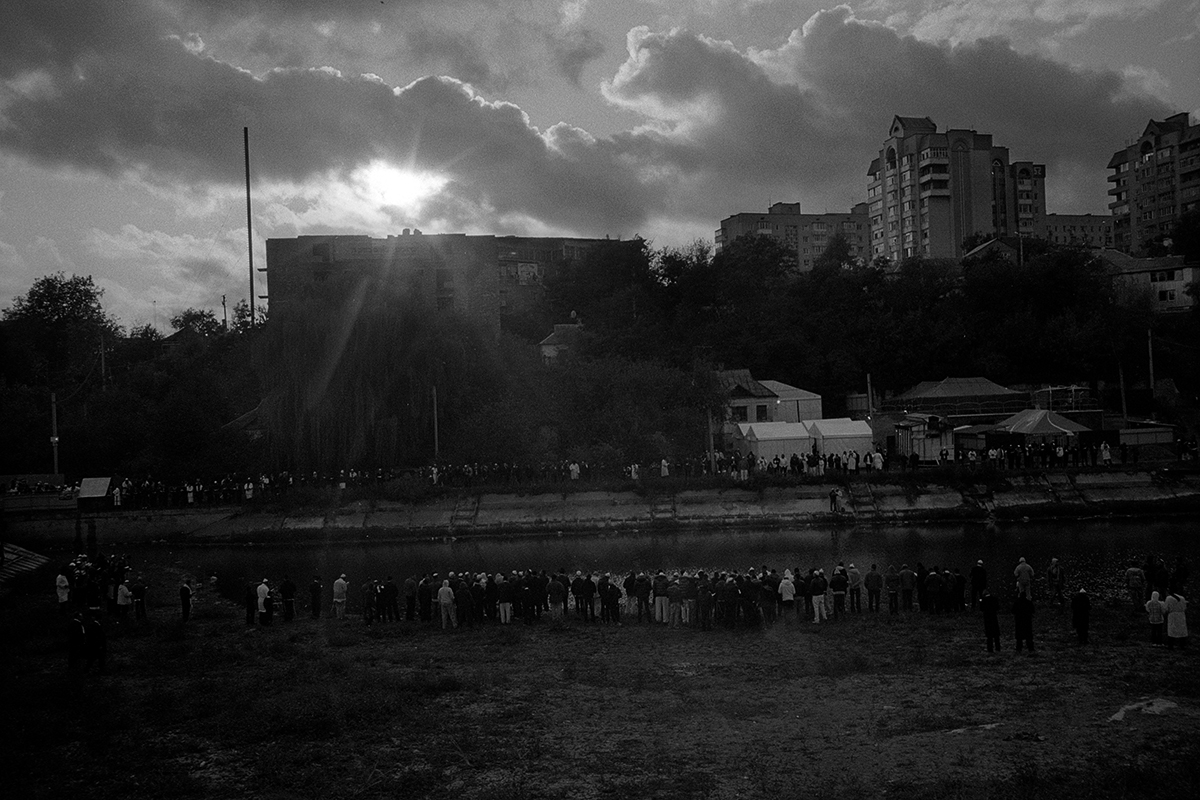 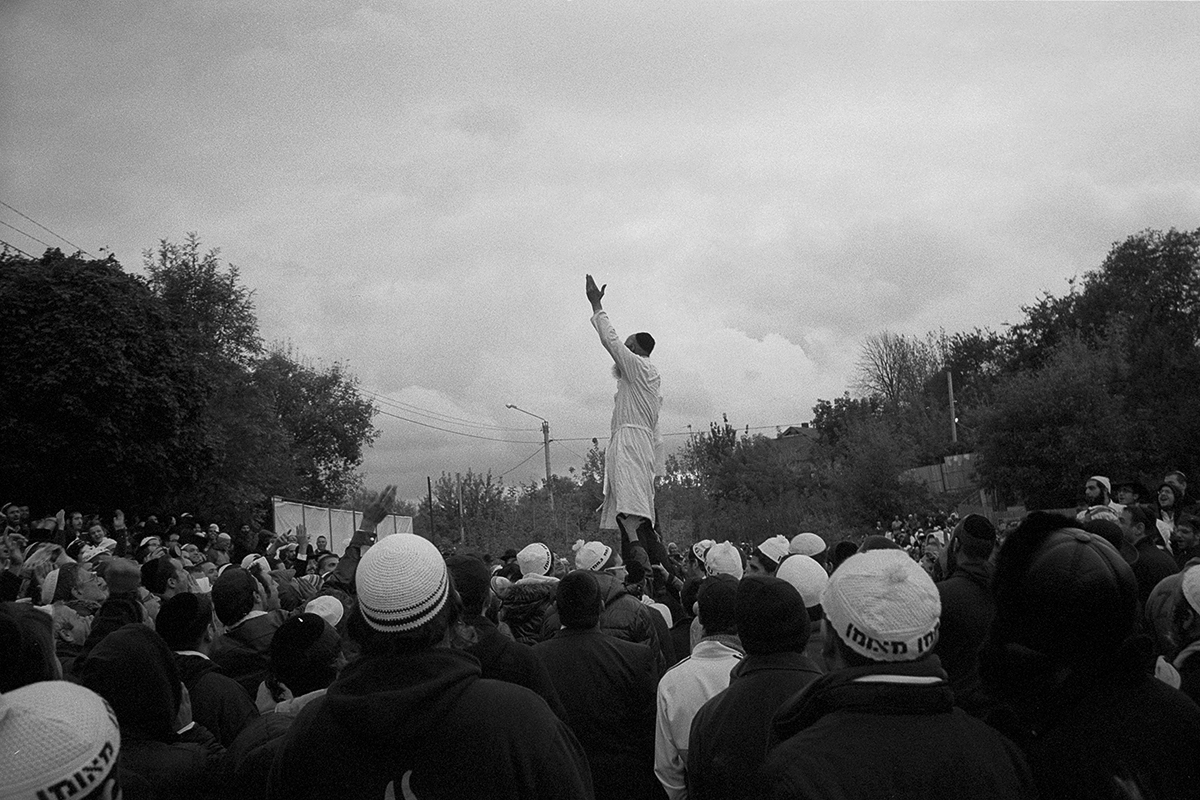 A man has a speech about God before people arrive for prayer. 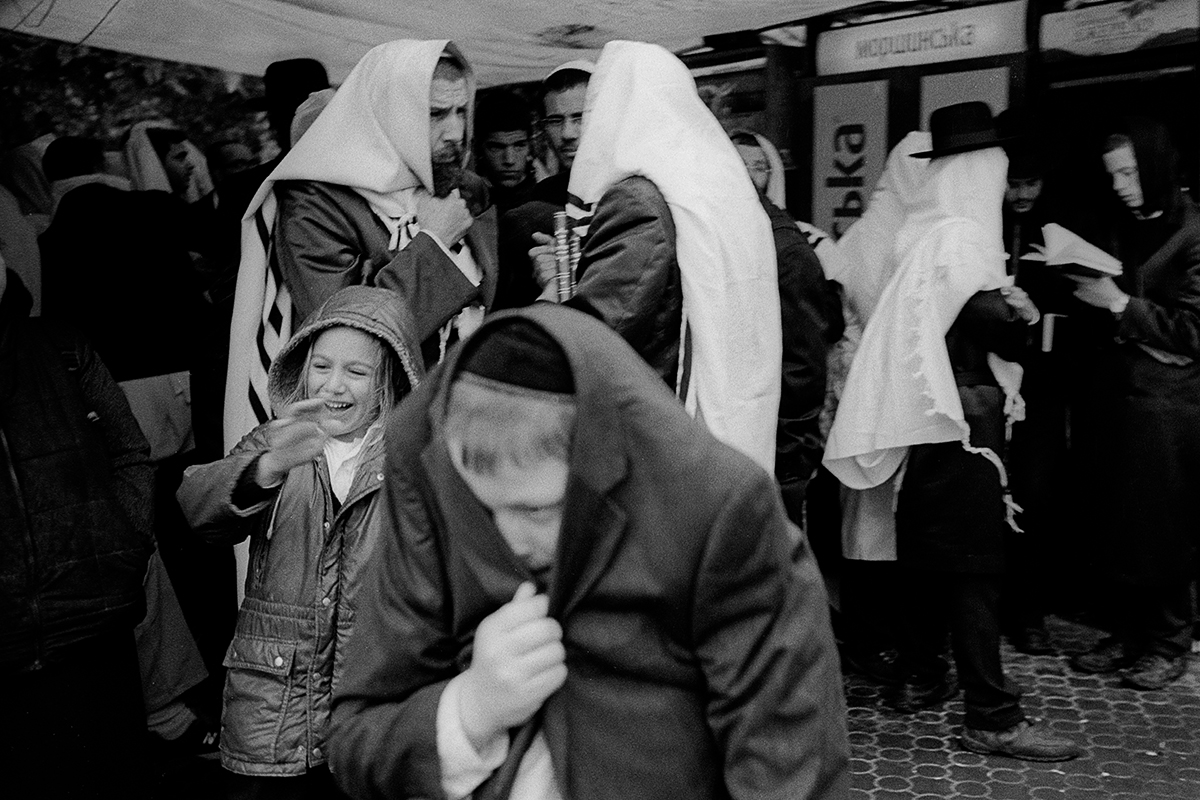 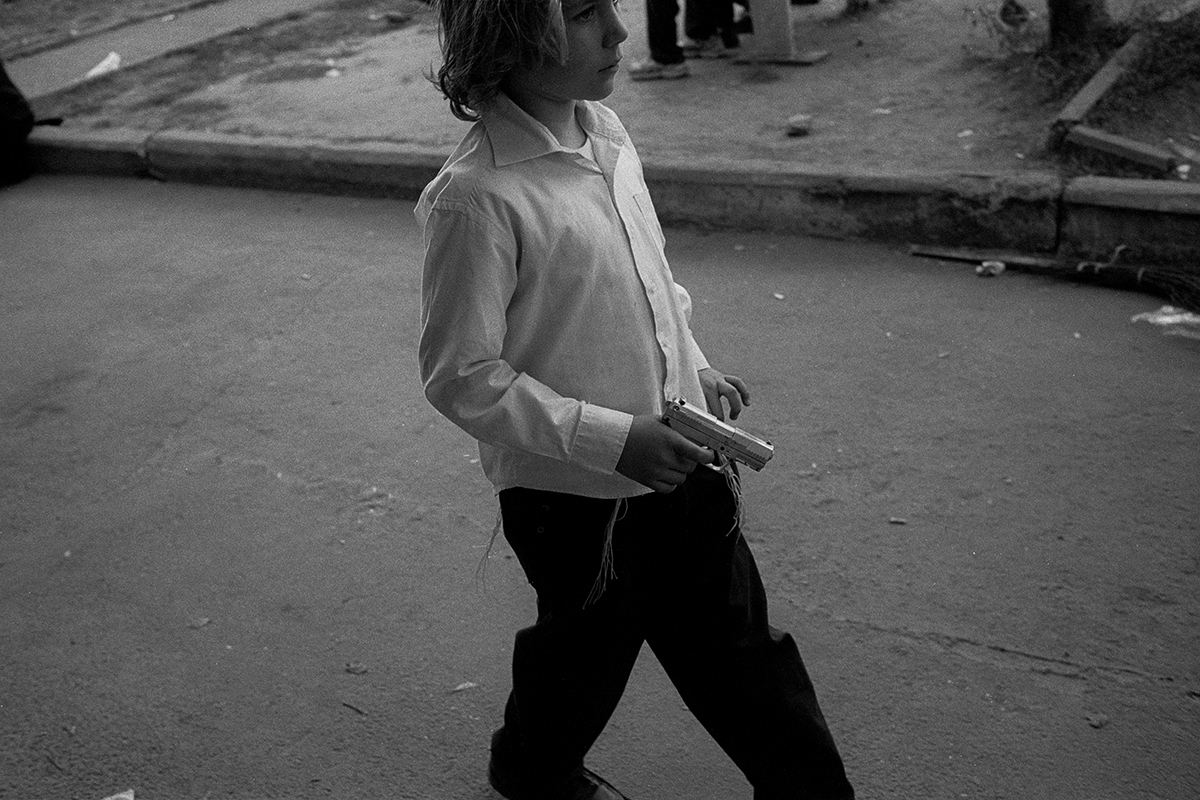 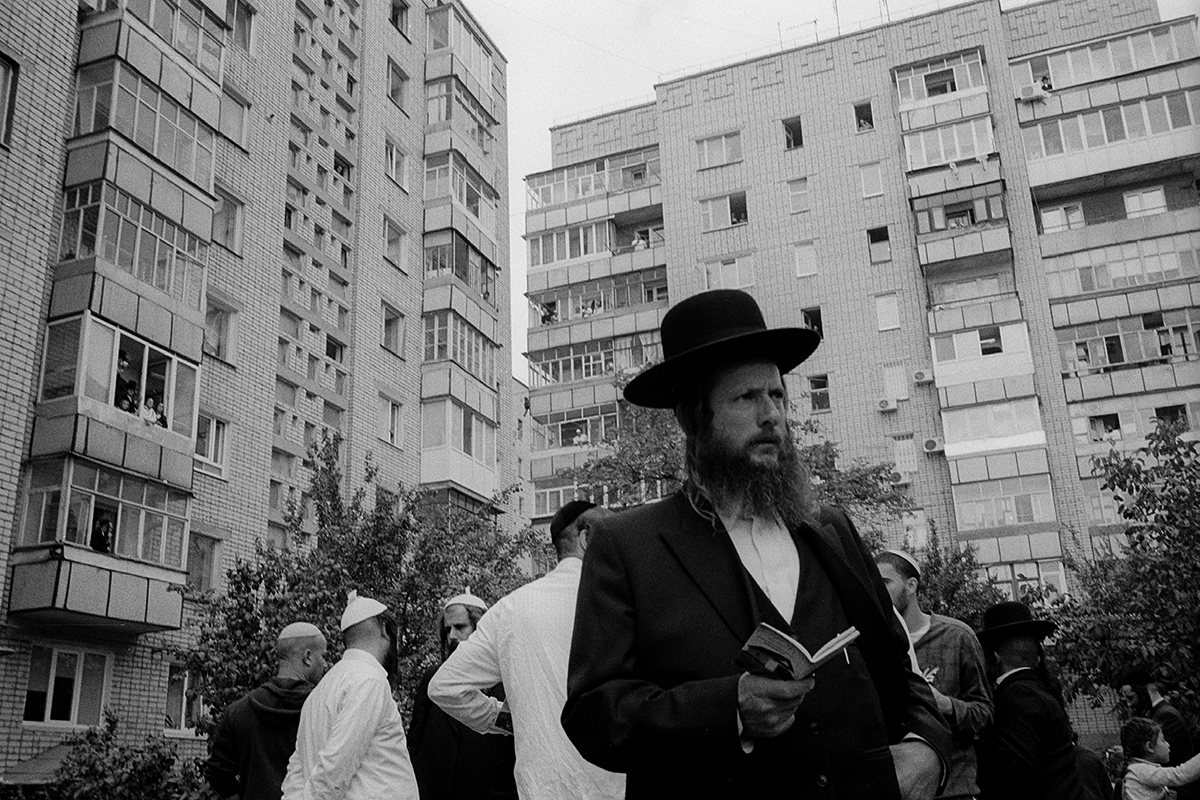 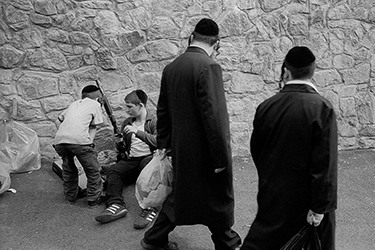 Two Hasidim are watching how children pack out a new plastic gun, that their parents just bought them. 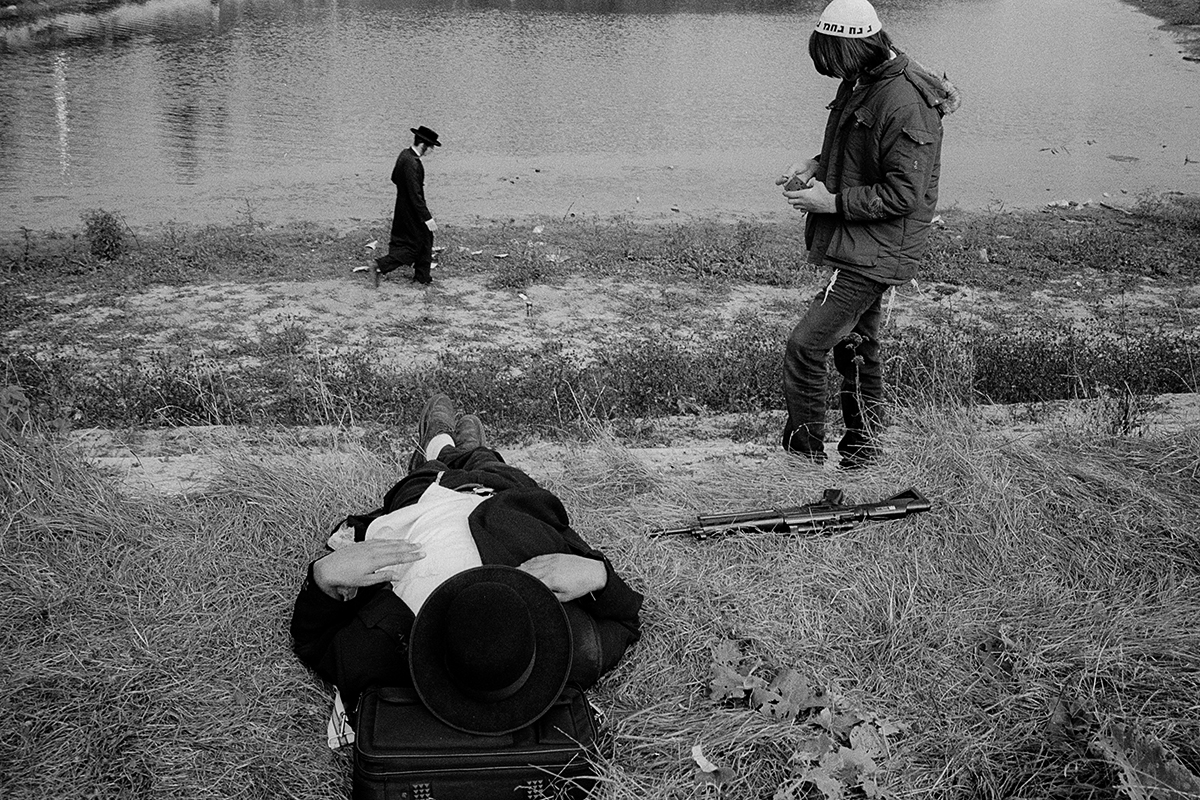 People pray and have a rest around the lake while children play with plastic guns. 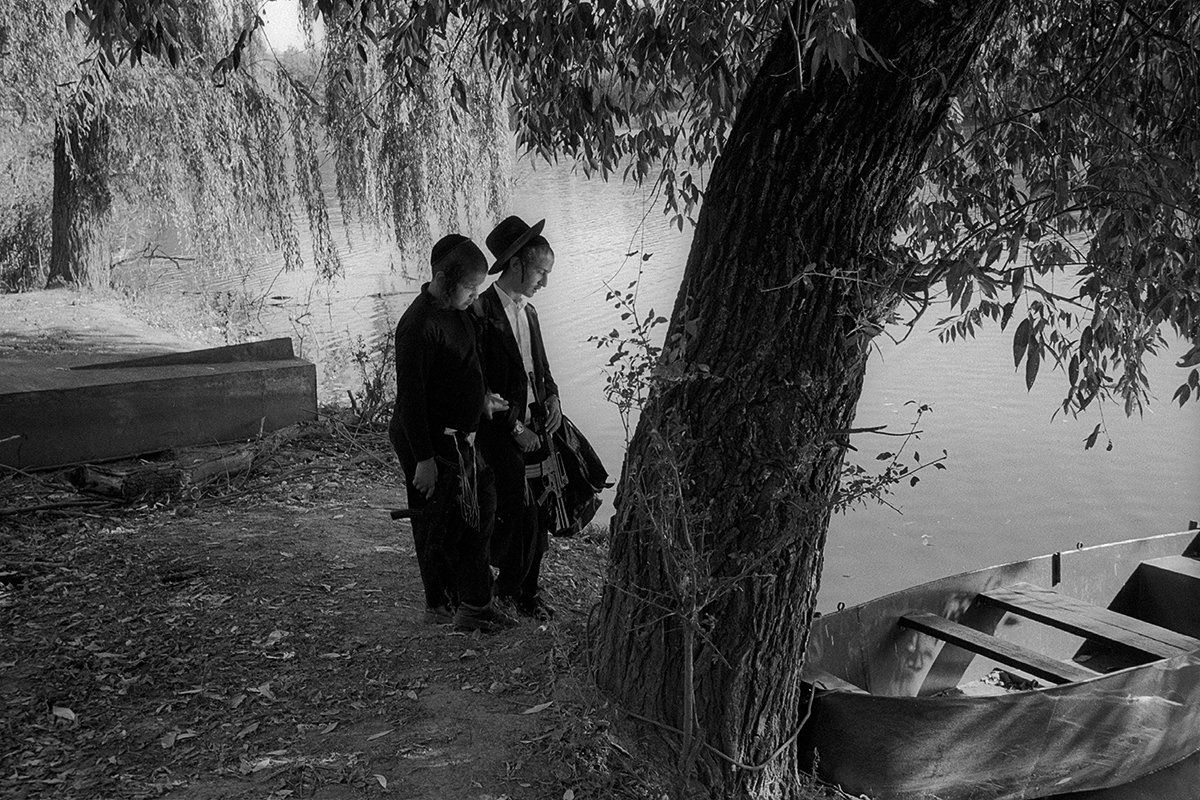 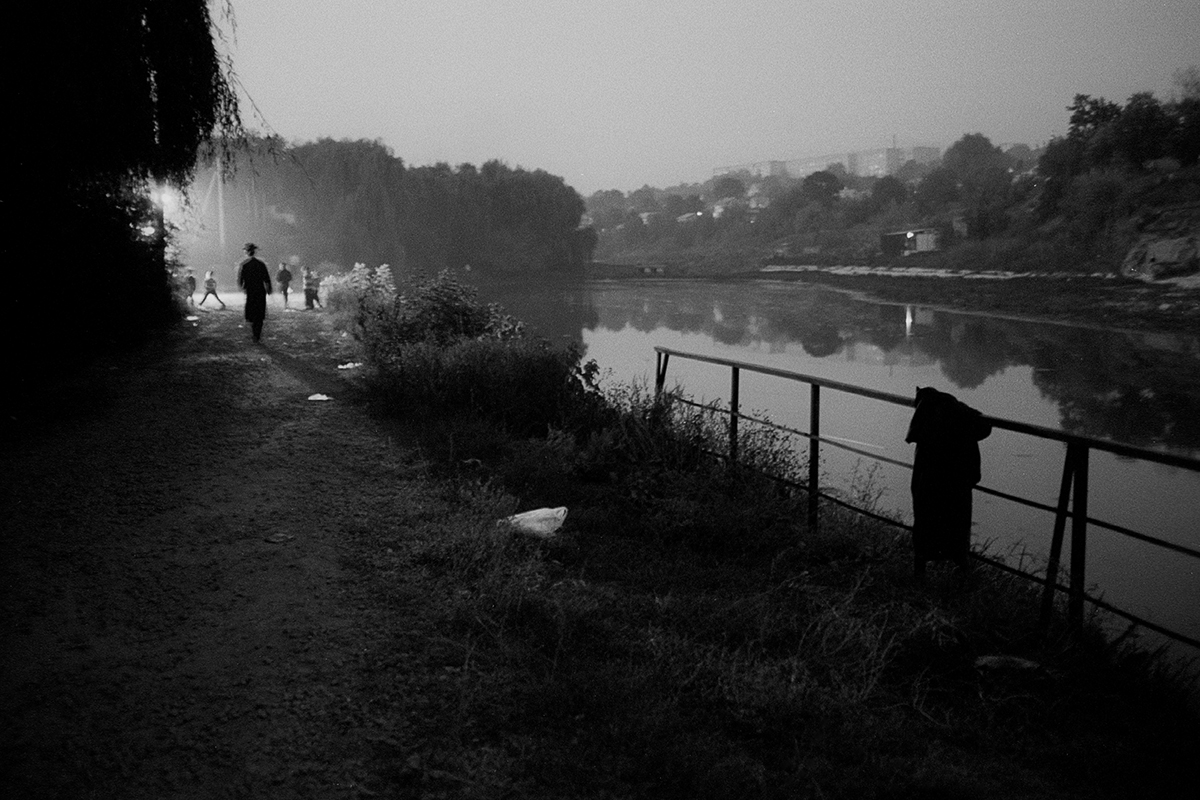 Boys looking at the water and boats holding plastic guns in their hands.