FROM CHILD TO MOTHERIn Guatemala one in five children  is born to a teenage mother and  in many of cases, this is due to sexual assault. Girls have proven that in 90% of these cases the perpetrator is a family member, and in 30% of these cases the rapist is the victim’s father.

Rates of teenage pregnancy in Guatemala are alarmingly high and the age of girls at risk of pregnancy is becoming lower. This project was done with the Association for the Development of Women (ADEMKAN) and focuses on teenage pregnancy, reproductive rights, and gender-based violence in indigenous communities in the Solola province of Guatemala.   It looks at the life of twelve teenage girls, whose names have been changed to protect their identities.Mirna Montenegro, director of the Center for Reproductive Health (OSAR), reports that one in five children born in Guatemala is born to a teenage mother and, in many of cases, this is due to sexual assault. She explains that girls have proven that in 90% of these cases the perpetrator is a family member, and in 30% of these cases the rapist is the victim’s father.  In my story, I wanted to show victims who had very little professional support after this traumatic event.  Often ADEMKAN was the only help solicited during a very challenging time for children who were under 16 years old and at risk of sexual assault in their own homes.  Girls under fifteen are five times more likely to die during pregnancy than women over twenty years. If a mother is under eighteen years old, there is a 60% chance that her baby will die during the first year of life. Even if the baby survives, there is a higher chance of suffering from low birth weight, malnutrition or delayed physical and cognitive development.  Motherhood in adolescence puts girls at increased risk, for future health problems for their child and them.  One teenage mother I followed lost her baby due to a lack of access to health care and little understanding of how to care for an infant.In many cases, young mothers are subjected to psychological abuse and gender discrimination. Caring for an infant interferes with their opportunity to study in school or pursue job training. Also, teenage mothers are more likely to be single mothers facing child rearing in the absence of a father.Through gaining access to this remote and marginalized community, I was exposed to some of the darkest aspects of domestic and gender-based violence.  The project demanded sensitivity and a great deal of cultural understanding, as in many cases the families did not speak Spanish, my native language.  While the story is heart-wrenching and highlights the lack of rights for women from these communities, I met local people who were committed in fighting to protect women’s rights. This enabled me to reach the heart of the issue and the heart of the community to make invisible stories visible ones. 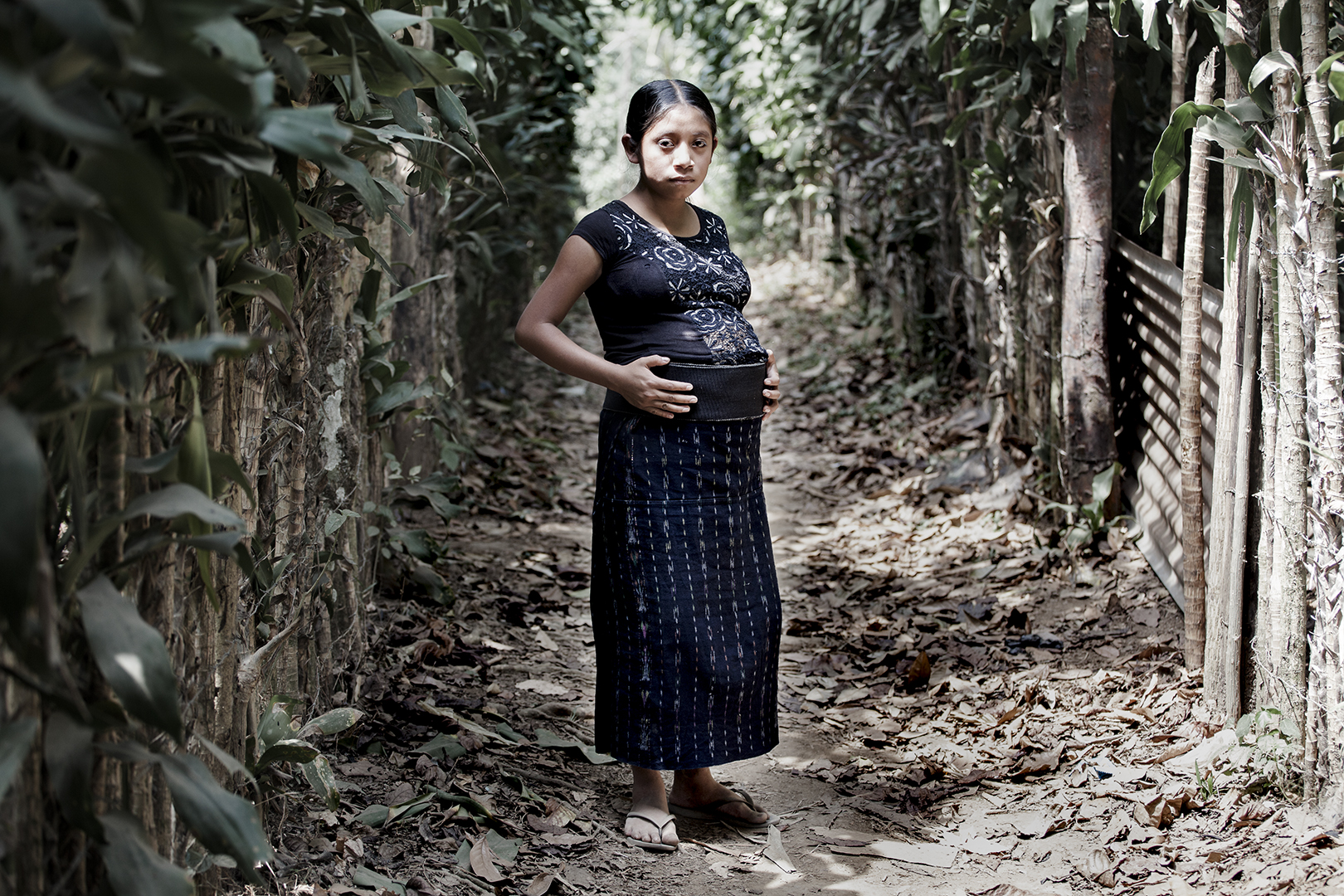 Carmen lives in the community of Tzampoi, Nahuala, Boca Costa with her family. She is 12 years old and nine month pregnant.  She attends third grade at school, and after the baby is born, she will meet with the father of her son and continuie studying. Carmen's mother shows no concern about the pregnancy of her daughter. It is something quite normal and traditional in their community. 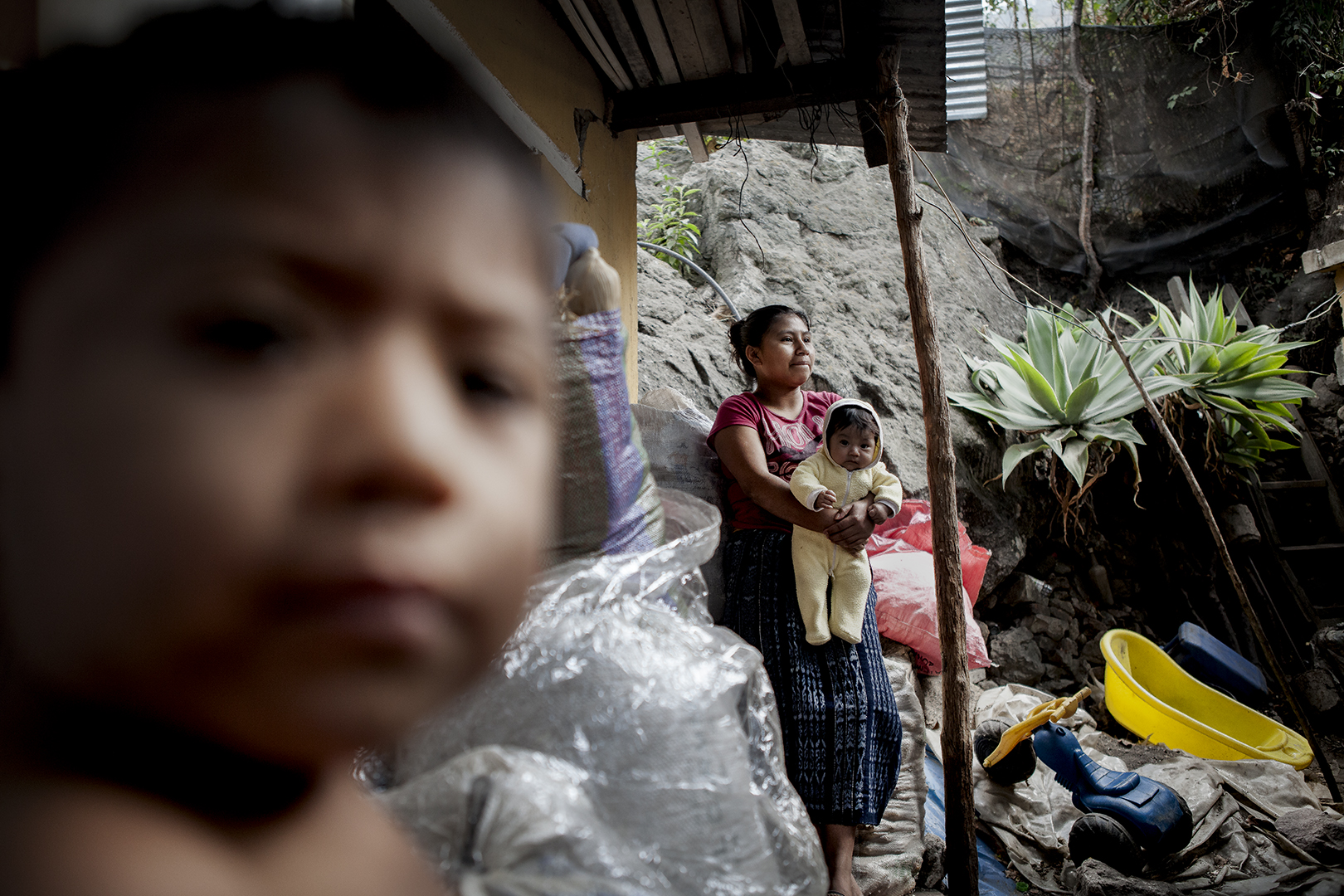 Veronica outside her house holding her son. The house is overcrowded and the family lives in extreme poverty. 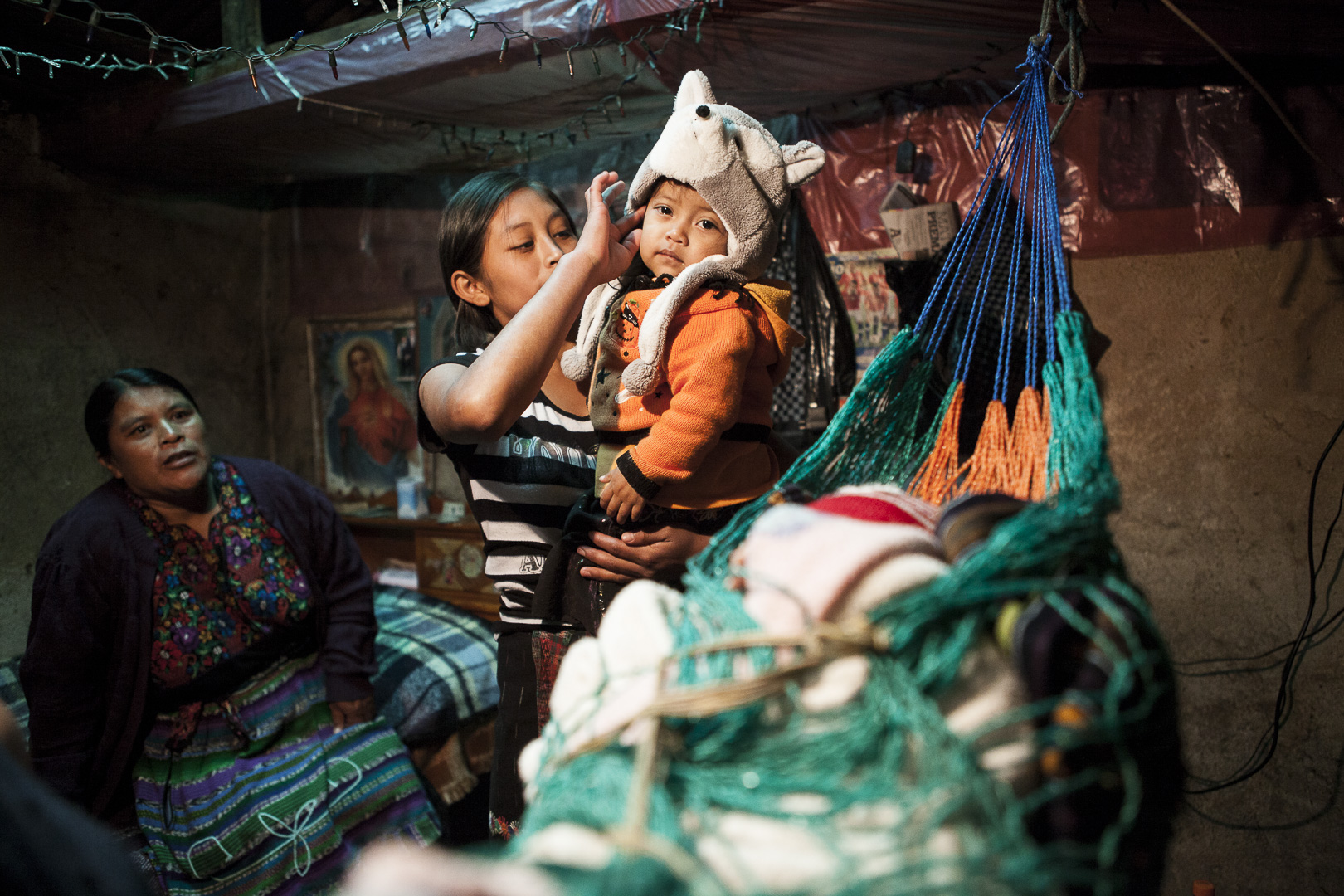 Roxana with her two kids and mother in law. 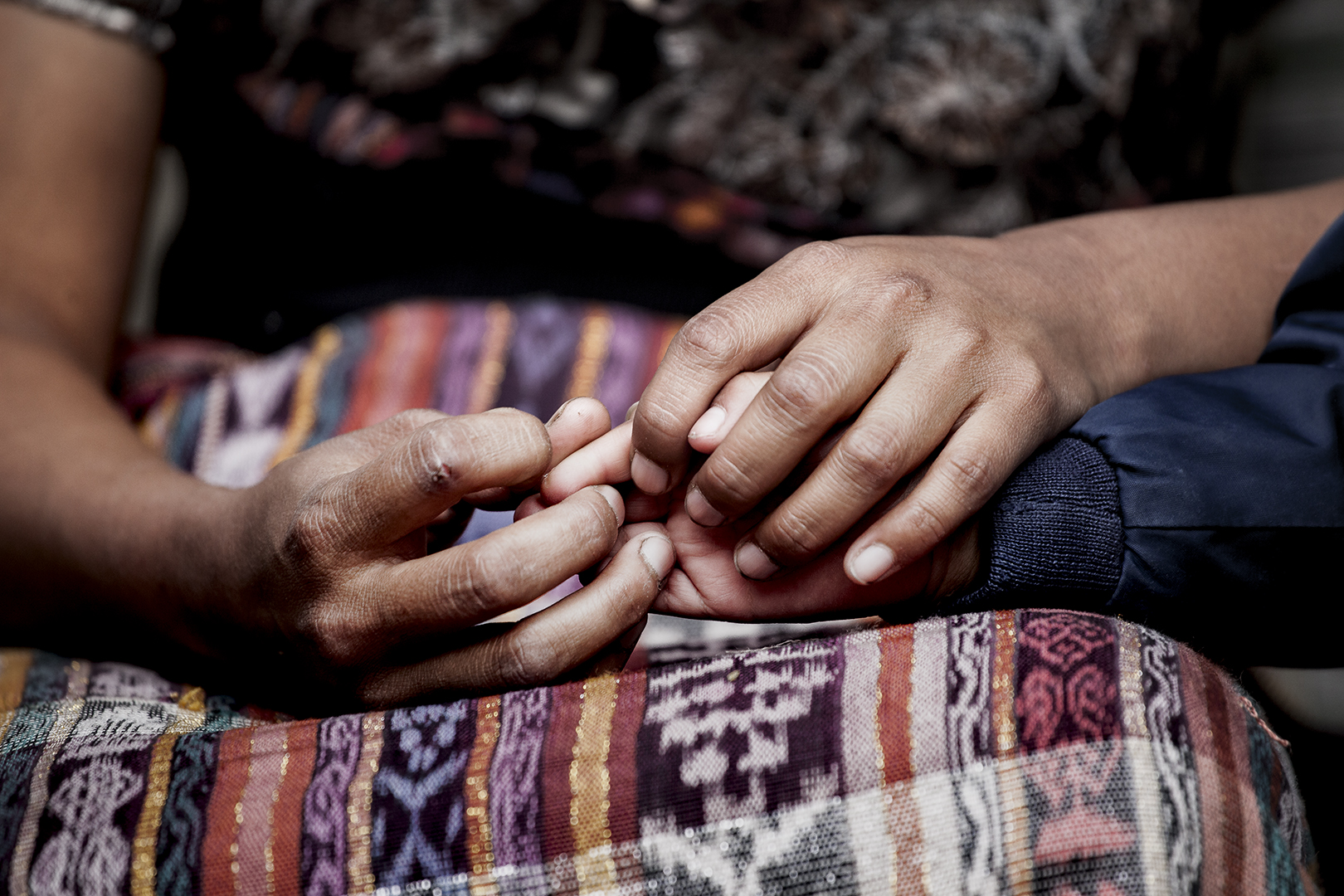 Dina holds her 3 years old son´s hand. She was sixteen when she became a mother. 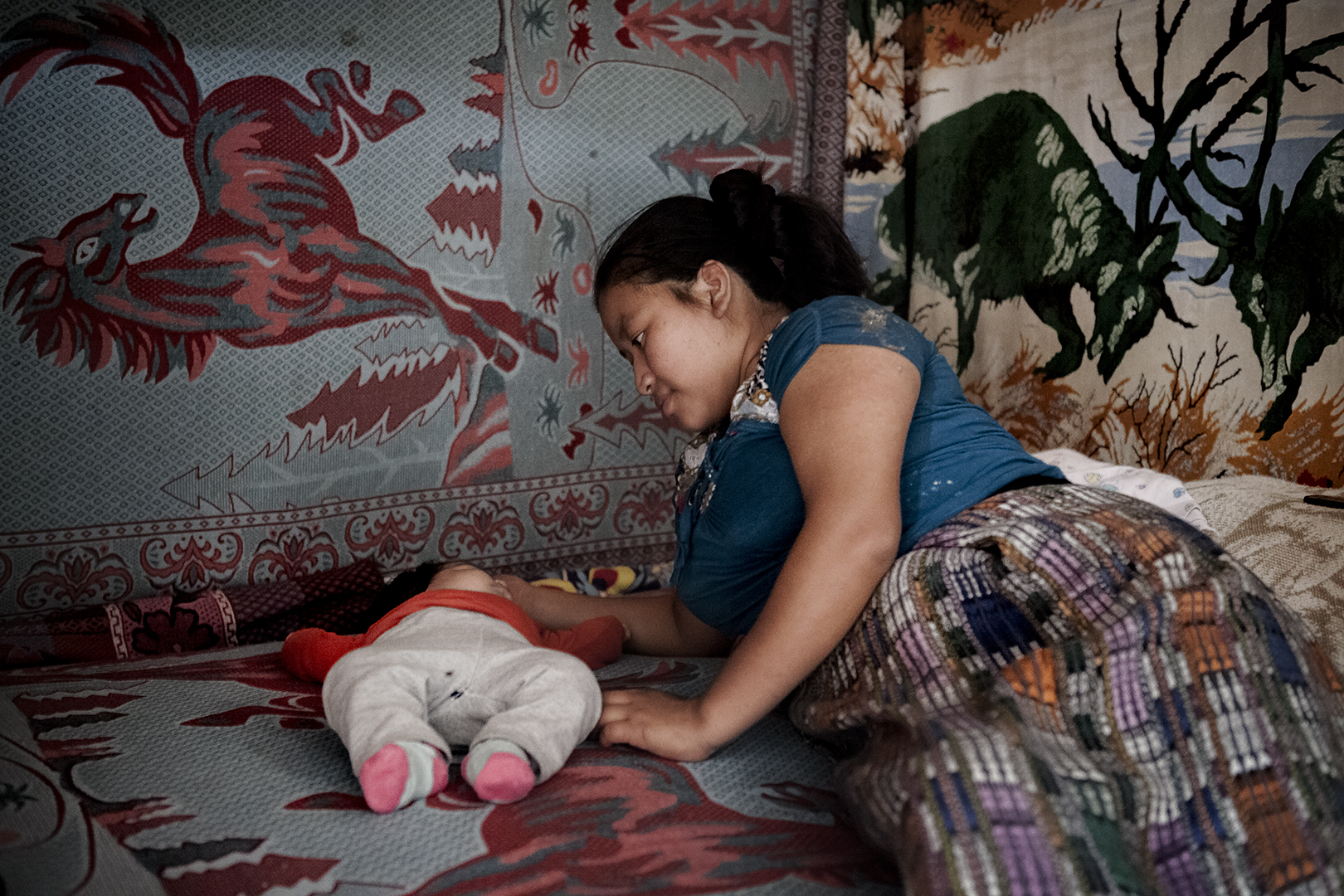 Sulma was 15 when she became pregnant for the first time from her 23 years old partner. She lost her first child  due to the excess of fluid in the baby´s body.  After the loss she got  pregnant again. Today, Sulma is 17 years old, and lives in “Tierra Santa” village in San Lucas Toliman with her four months old daughter, her husband and his family. Sulma says that for her "contraceptives" are something new and in her community has no way to acquire them. 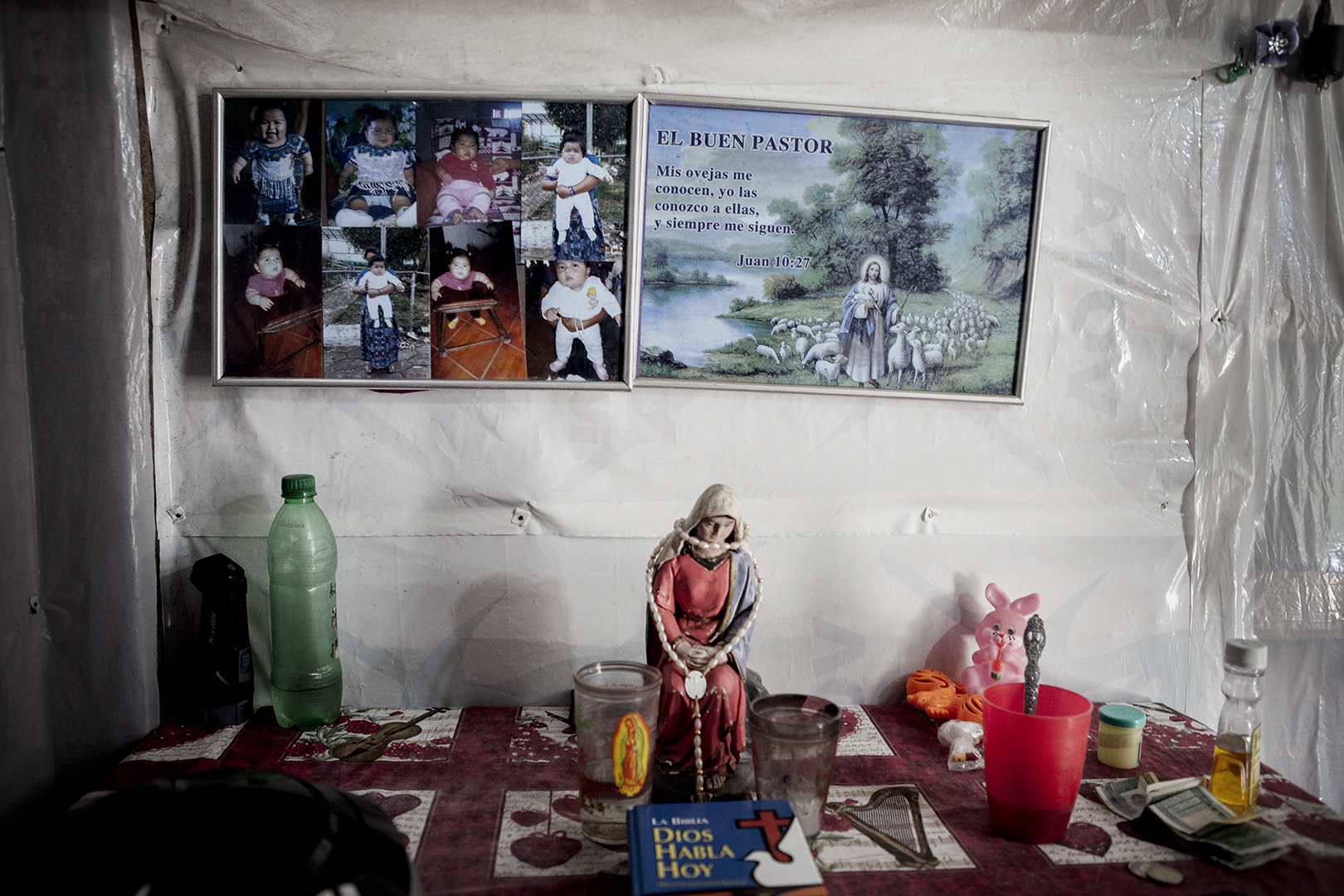 A makeshift religious shrine at Sulma´s house.  The photographs are a memorial of her first daughter, who tragically died on the way to hospital.  Most of families in Guatemala are strict Catholics, and small shrines can be seen in most houses. Catholic teachings further complicates the issue of family planning, as contraceptives are not permitted and abortion is illegal in Guatemala, even in cases of rape and incest. 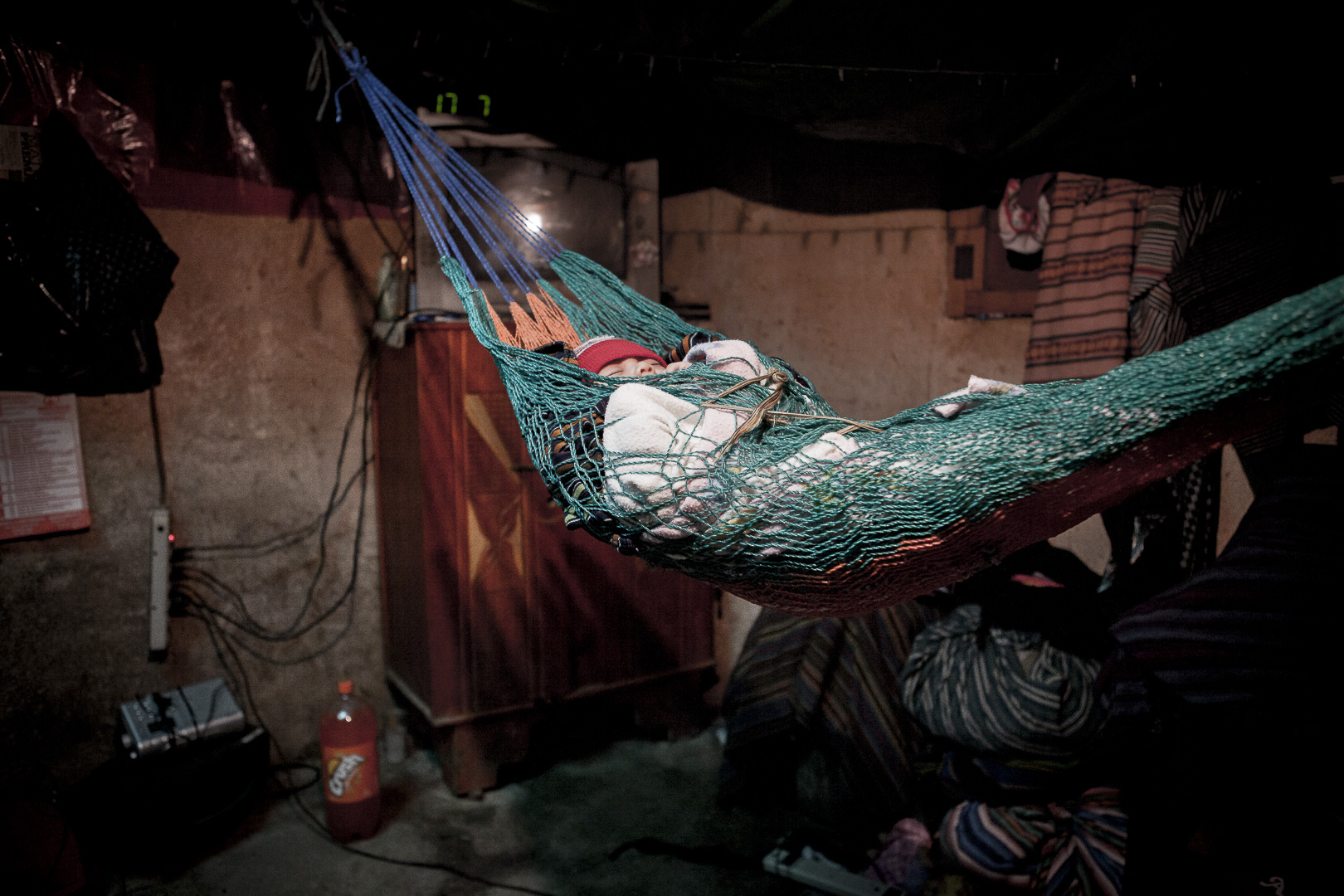 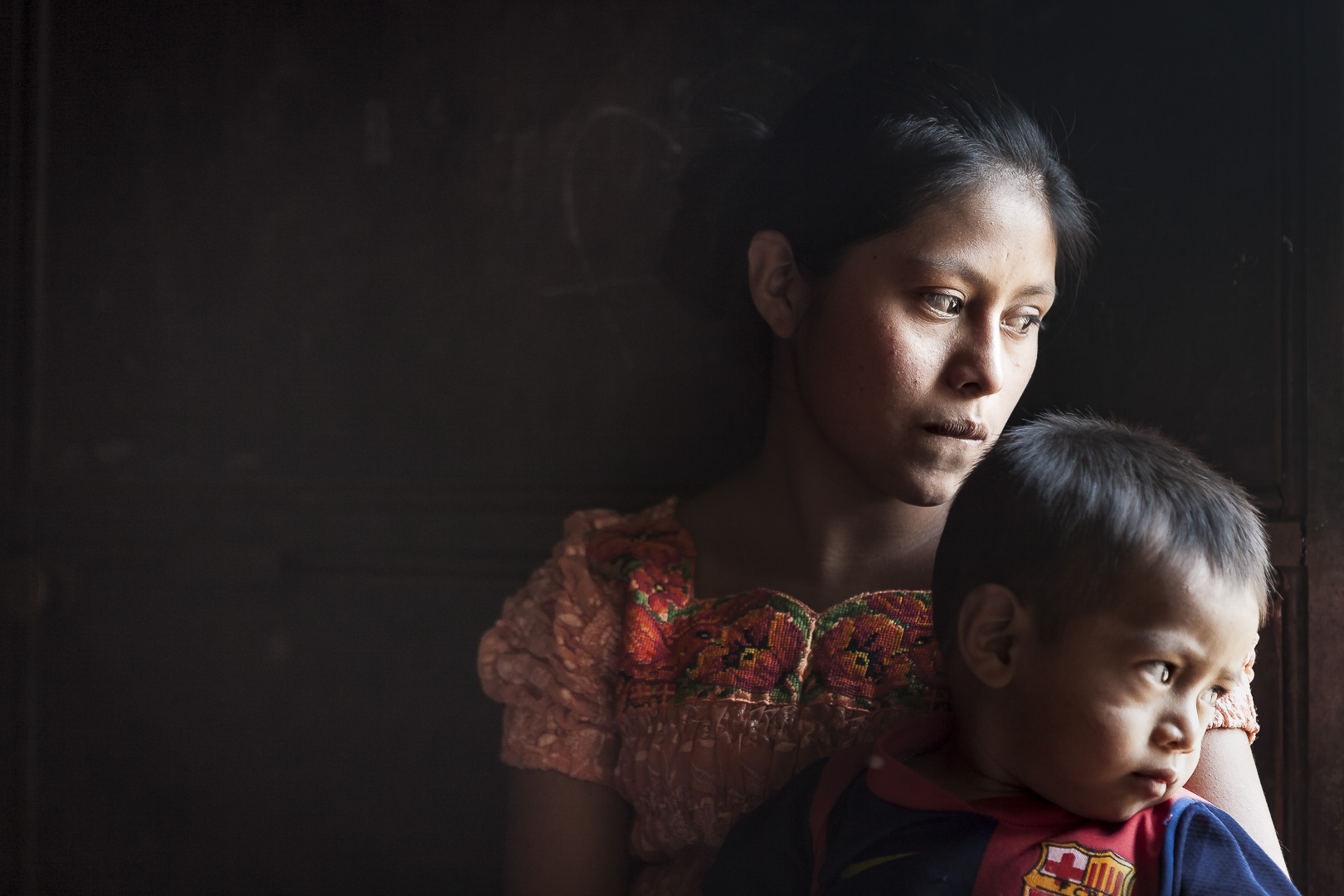 Mercedes with her son. For the first time she became pregnant at the age of sixteen from her nineteen year-old boyfriend. Recently, she had an miscarriage in her second pregnancy.  She  wants to leave her husband because of abuse and go with her child to look for a job and a better life outside her community. 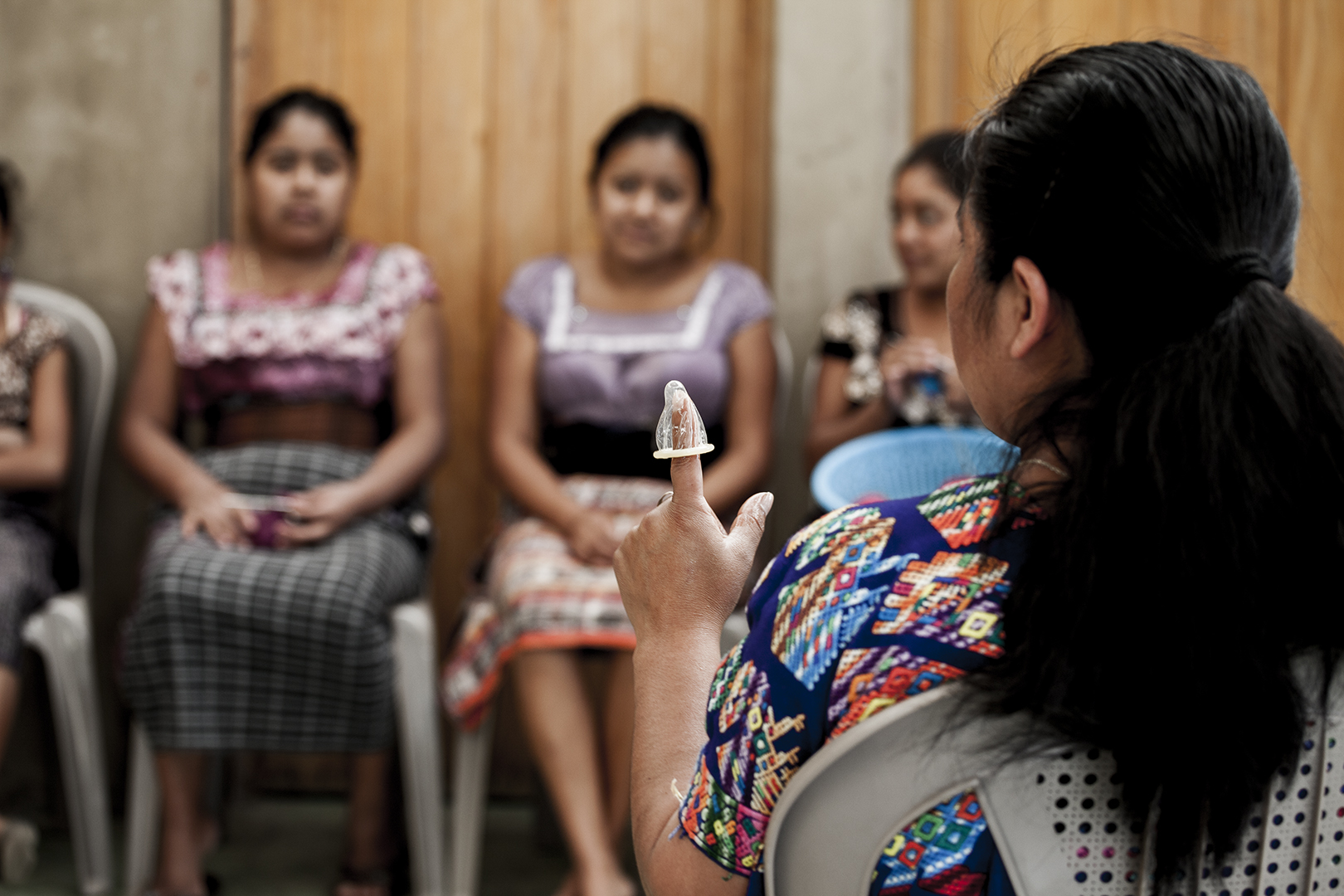 There are a lot of misinformation surrounding contraception and family planning in the Guatemalan communities. A local NGO, called Ademkan (Association for the Development of Women) is attempting to tackle low levels of understanding in this area by organising workshops to inform and answer questions about family planning methods.