"Dead Cities" are the remains of Roman and Byzantine settlements in the north-western Syria. In 2012, during the civil war in Syria, more than one million people had to abandon their homes and sought safe shelter. They came to the places where the Ancients buried their dead. In places such as Shansharah, Robia, Serjilla the living cohabitate with the dead in ruins and tombs, often underground. They are exposed to the elements, cold, wet hungry and vulnerable to disease. Many, fleeing from their homes, could not take much with them, the heaviest luggage they carry is their memories filled with the images, sounds and smells of an ongoing war. Although they hide, danger accompanies them each day with the constant risk of shelling coupled with gnawing hunger. The risk of contracting Tuberculosis or Leishmaniasis is an everyday reality. 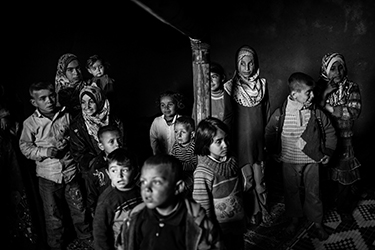 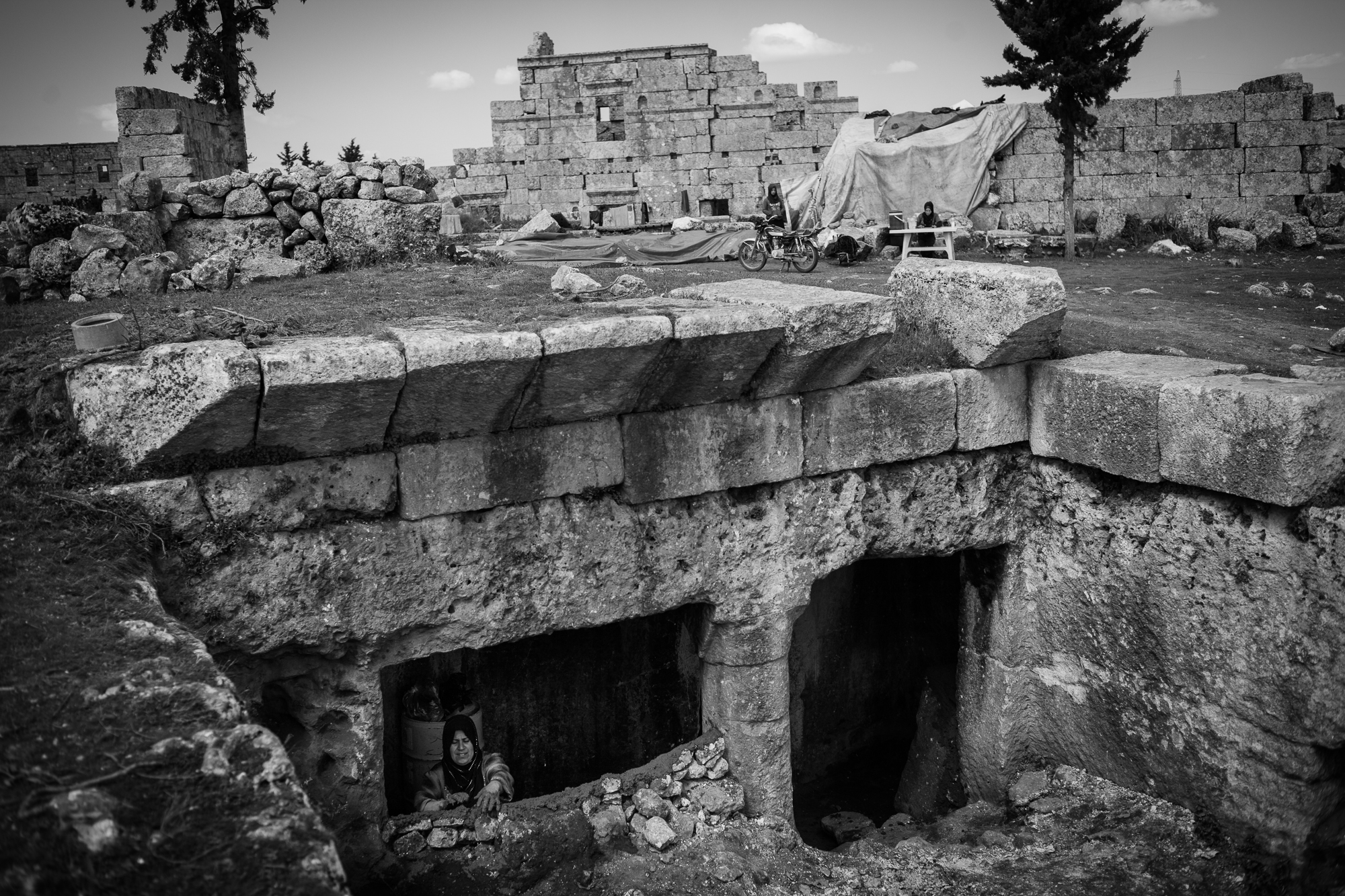 Syria, Shensharah, March 2013 Tens of families who abandonned their homes in Kafr Roma and Has villages came to this ancient ruins seeking for a shelter and leaving war behind. 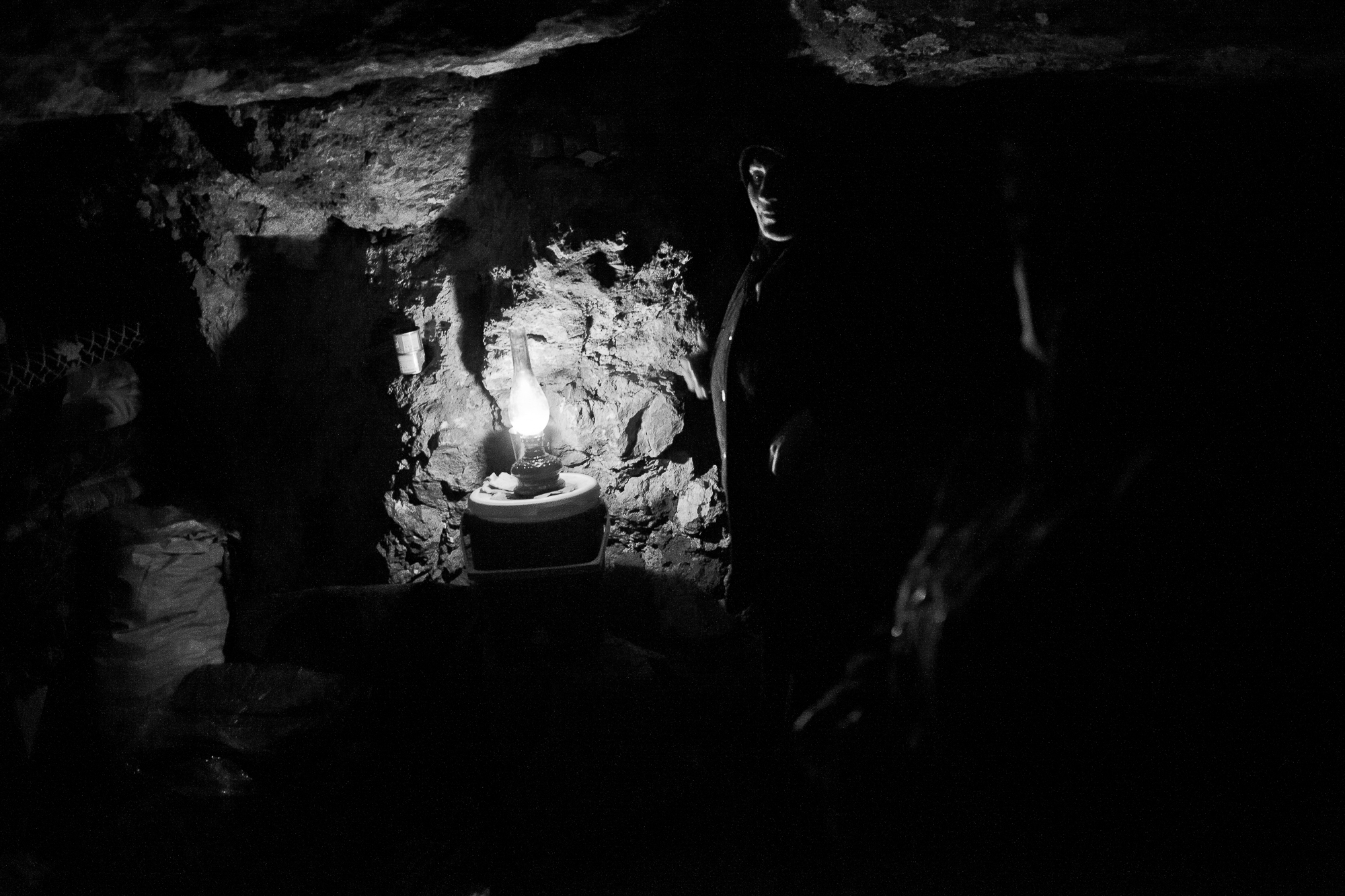 Syria, Om Alsayr, March 2013 Woman inside cave which serves her as a new home. 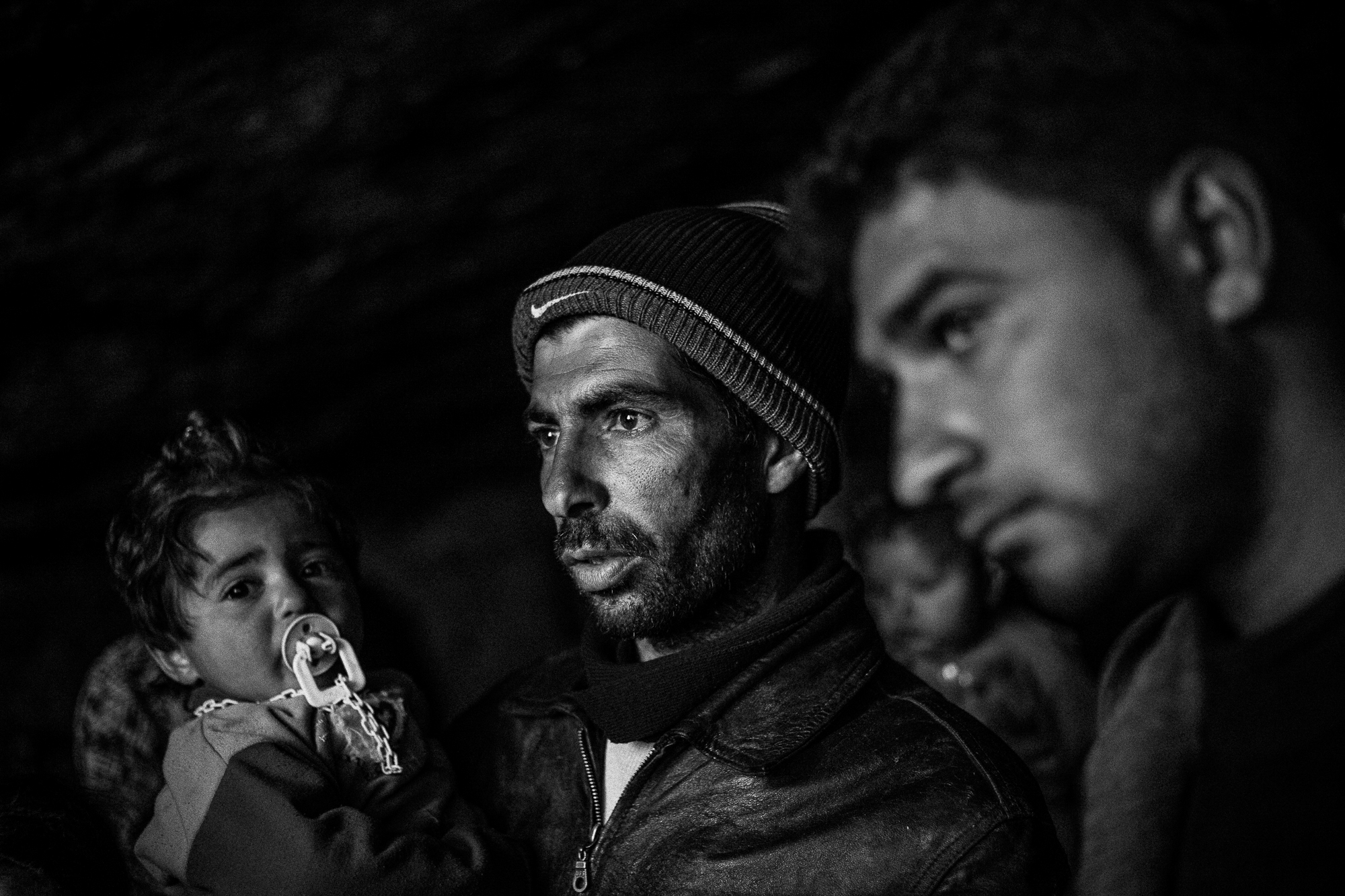 Syria, Idlib province, March 2013 Father holding his baby. These people live in cave where they had to run away from their homes due the continious risk of shelling. 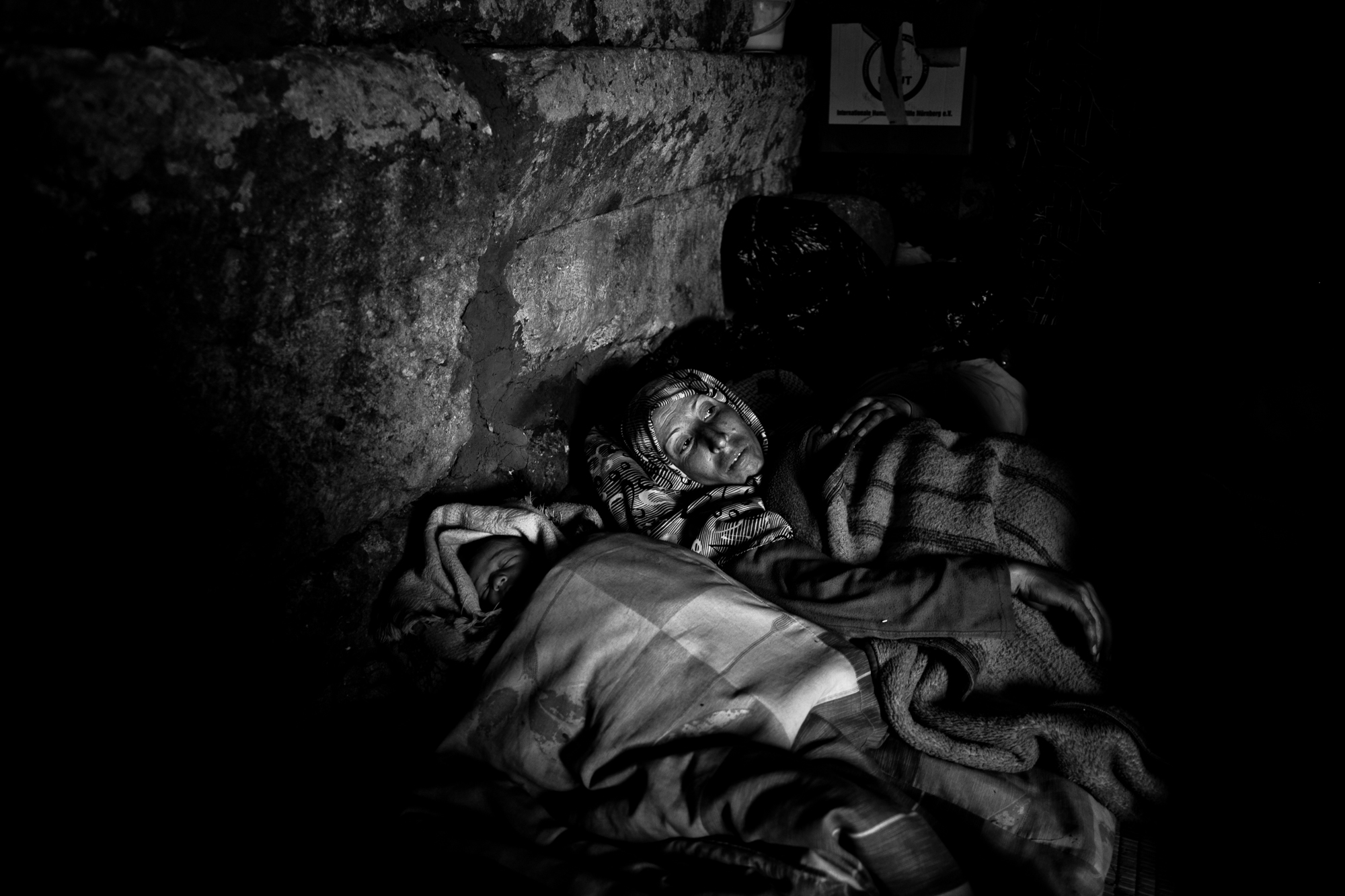 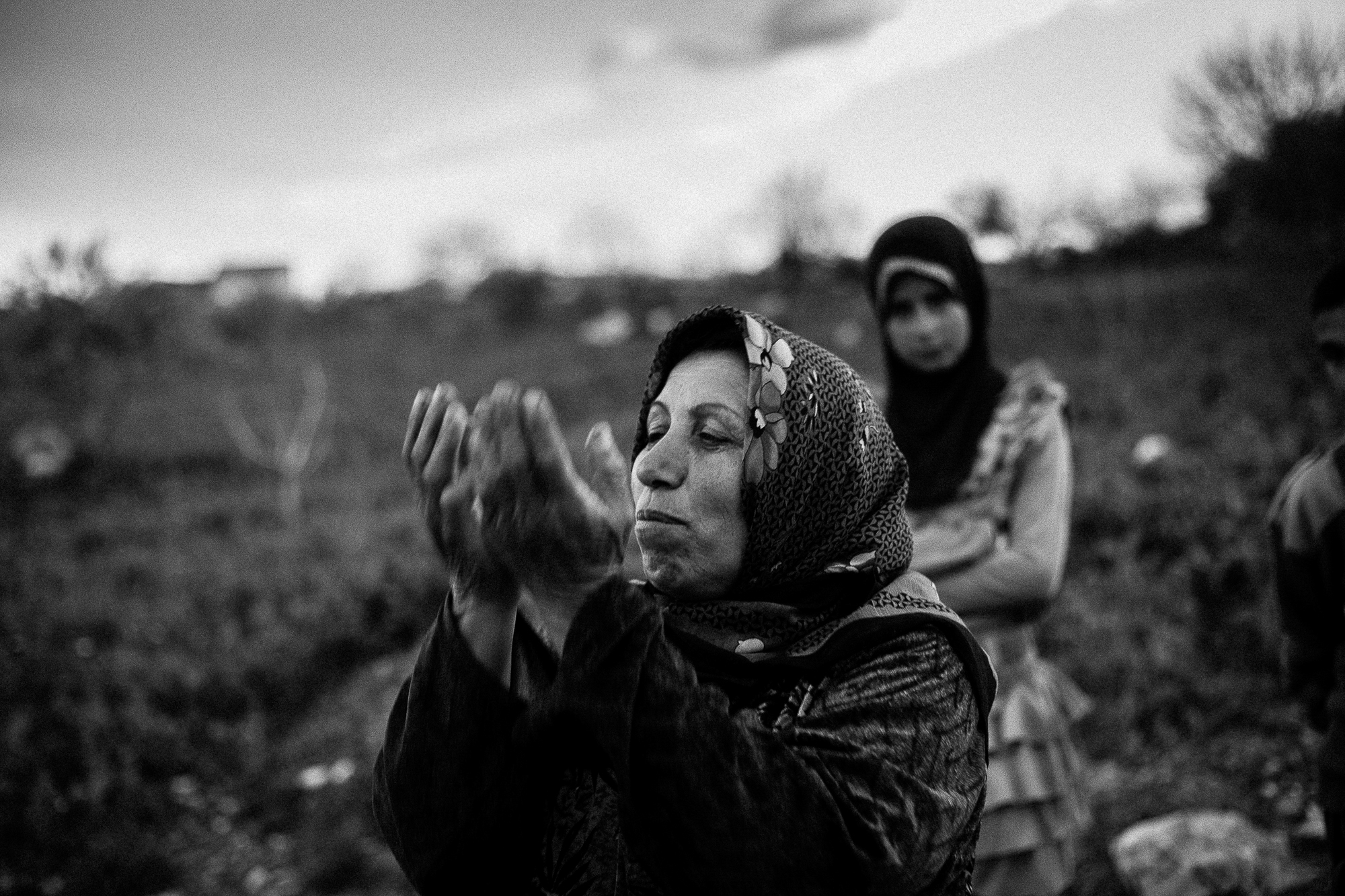