Selected images from the work "Conditions of Worth" are part of " Points of View: A National Human Rights Photography Exhibition" at the Canadian Museum for Human Right begining June 2017.In this series of photographs taken over the course of 5 years, I documented the lives of temporary foreign workers in Quebec. Most of these workers come from Central America, Africa, and South East Asia. They work during periods ranging from 4 to 10 months, after which they are sent home where they anxiously await an invitation to return. The health and welfare of their families often depend on the income they obtain in Canada. While in Canada, they volunteer their time to non-profit community organizations that advocate for the rights of temporary foreign workers, they lobby government officials for increases in the minimum wage, and they join the struggle of other workers seeking broader labour reforms. Each, in their own way, is an engaged citizen committed to their shared struggles in Canada, and to their adopted communities. These pictures reflect some of their experiences, contributions, and struggles.Temporary foreign workers enter Canada on time-limited work permits. They are classified as “lower skilled” and are consequently precluded from permanent residency. In 2006, for the first time, the number of immigrants entering Canada with a temporary work permit exceeded the number entering with permanent residency status. This gap has steadily widened since then. In 2011, immigrants with temporary work permits accounted for 55% of the 350 000 total new arrivals to Canada. This trend has been primarily employer driven.The predominant political and economic narrative depicts temporary labour migration as a win-win scenario. Employers benefit by receiving access to a flexible workforce, enabling them to adapt to local labour shortages. Migrant workers, on the other hand, are presumed to benefit from access to greater incomes than would be available to them in their own country. This discourse is supported by the assumption that migrant workers have the same workplace rights as local workers.This narrative is contested by the individual experiences of migrant workers in Canada, who exist in a precarious space. These workers have fewer “effective” rights than other workers, and are consequently vulnerable to abuse and exploitation by employers. They are both socially and economically marginalized, and to the majority of Canadians effectively invisible. 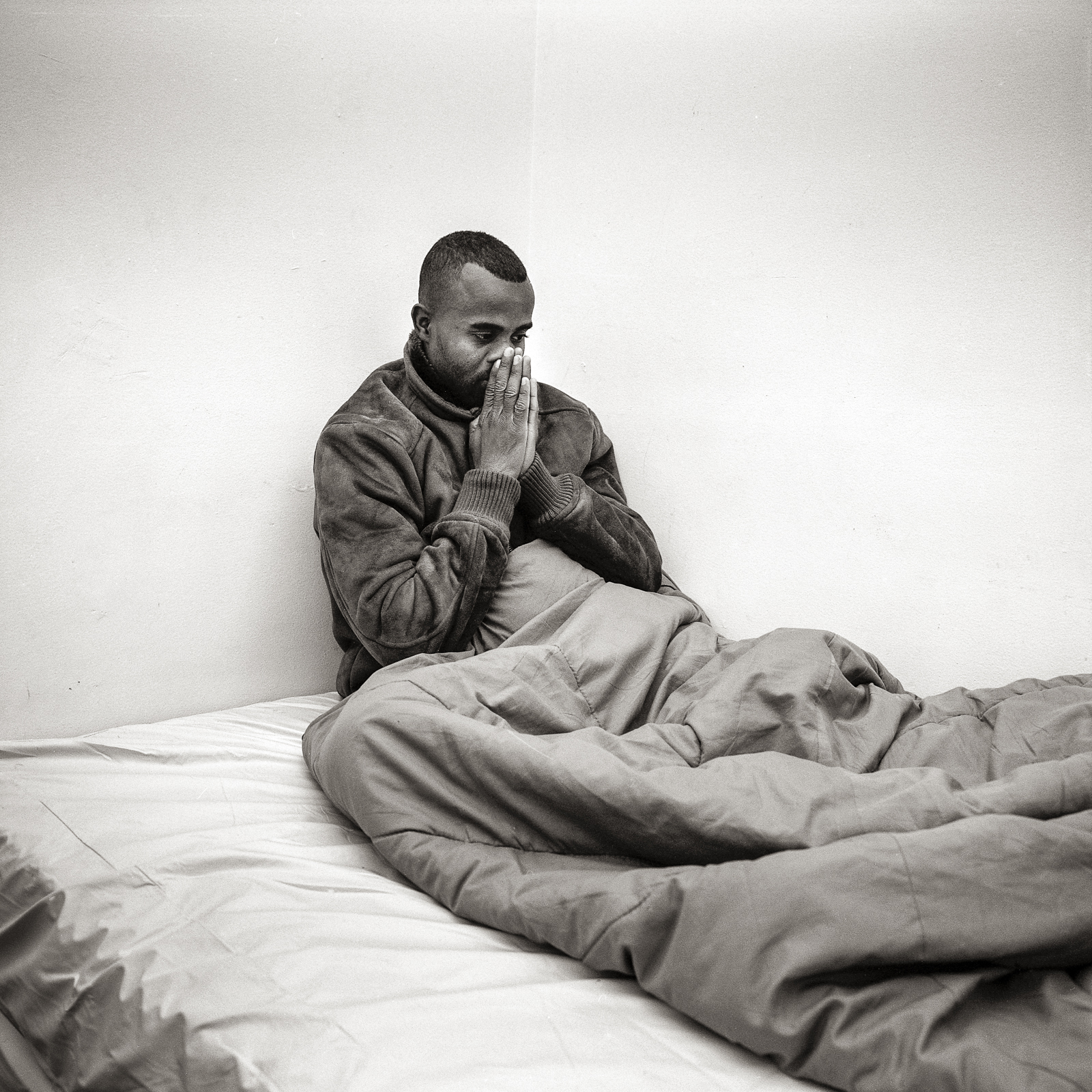 Mohamed is a Tunisian born foreign worker recruited in 2012 at a job fair sponsored by the government of Canada. He worked for a year at a Wendy’s restaurant in New Brunswick. When his employer asked Mohamed to pay for the renewal of his work permit, an illegal request on the part of the employer, he moved to Montreal to seek other opportunities. Since leaving New Brunswick, Mohamed has remained in Canada on 8 consecutive visitor visas. He does not have a job or a reliable place to sleep, and has no access to social services or health care. 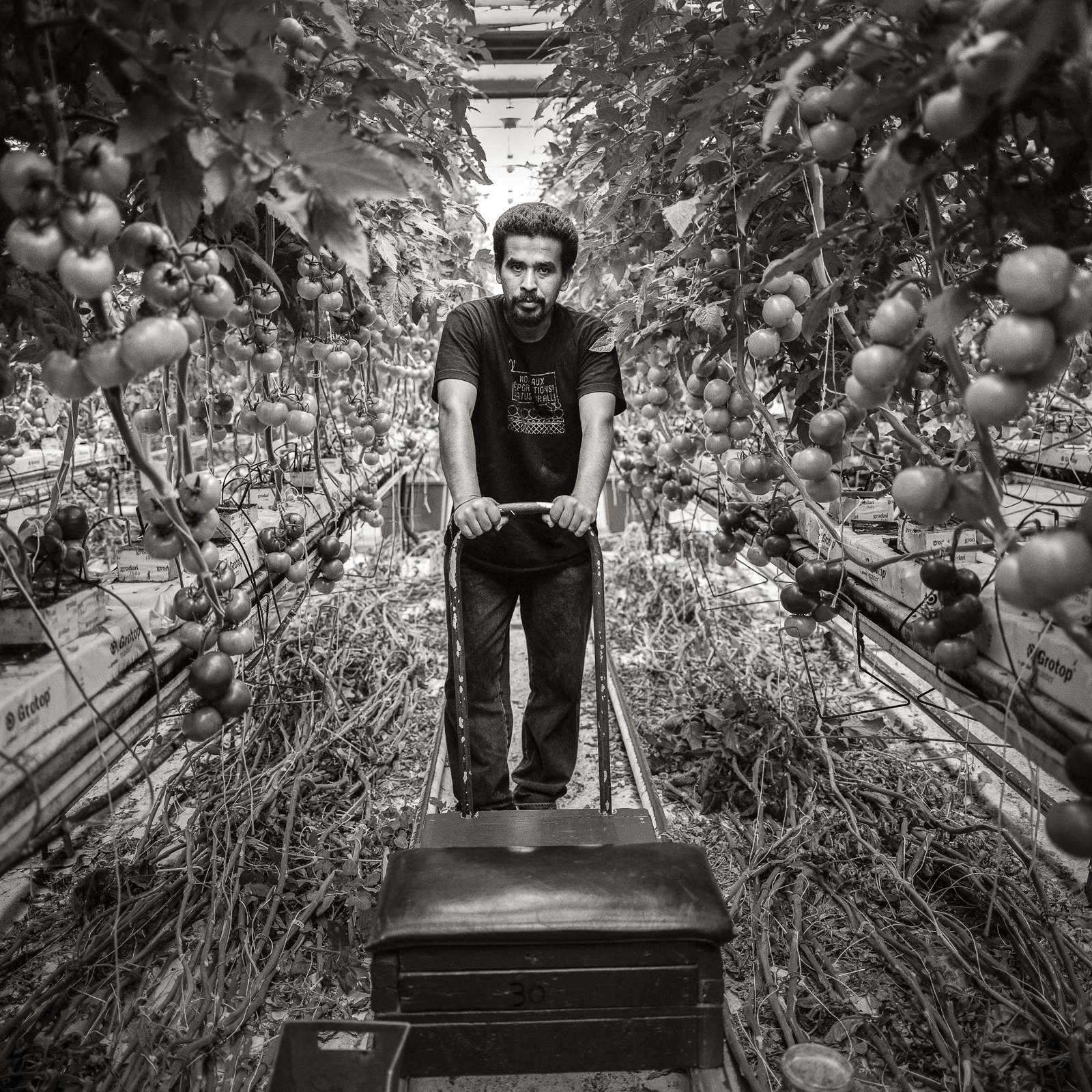 Noé is a temporary foreign worker from Guatemala. He was recruited by the government of Canada in 2008 to work in a produce company in Quebec. When a coworker was injured on the job and then unfairly treated by the employer Noé stood up to the employer on his behalf. Noé was then fired from his position. A wrongful dismissal legal challenge vindicated Noé, but the employer had already declared bankruptcy. Much of Canada’s produce is picked by workers like Noé, who face precarious employment and barriers to integration into Canadian society. 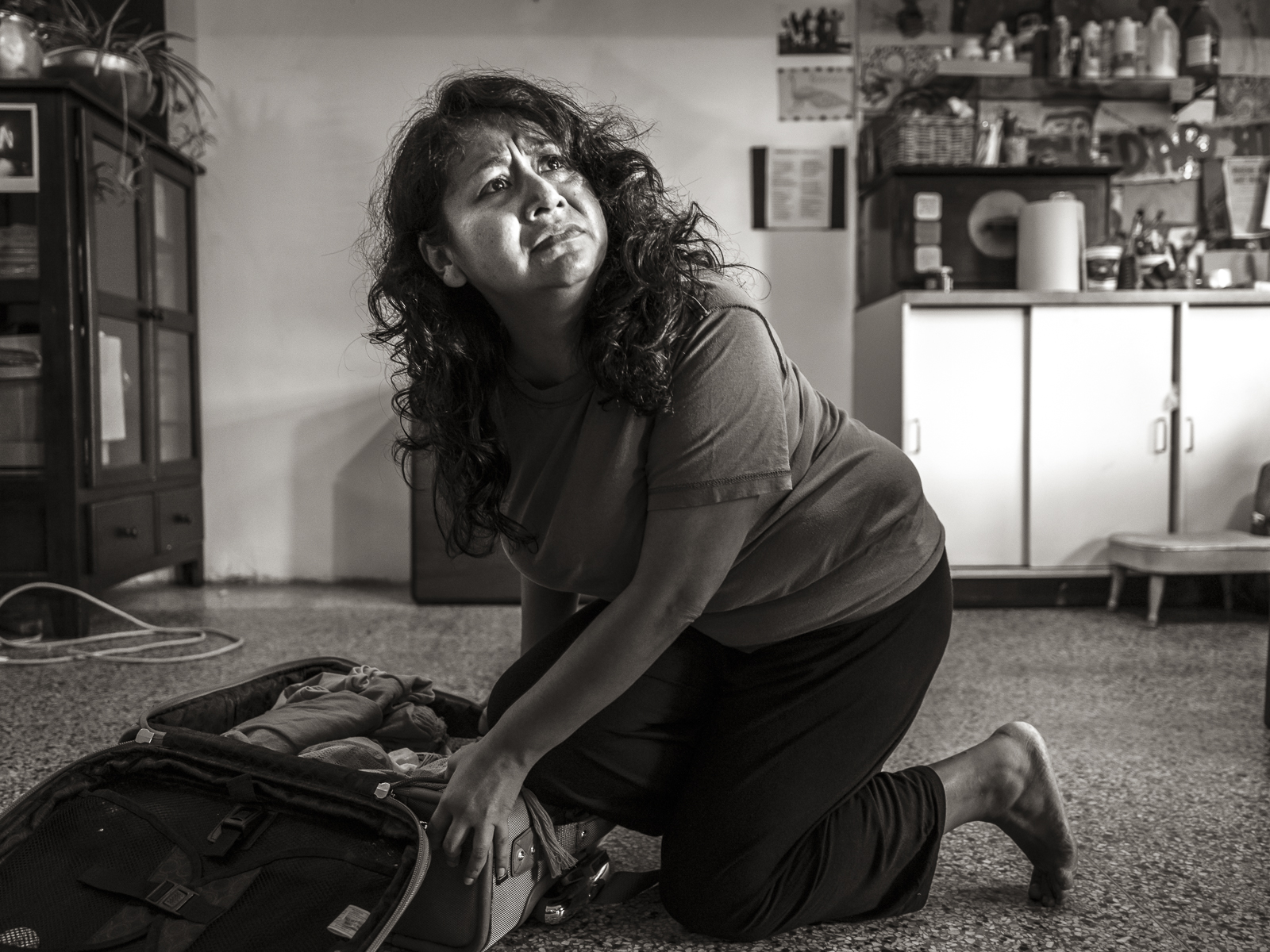 Inti is a poet and performance artist from Mexico. She entered Canada on a temporary work permit in 2011. Her artistic performances focus on the plight of migrant workers, and in particular their struggles against victimization by profit driven commercial enterprises. She has now returned to Mexico. 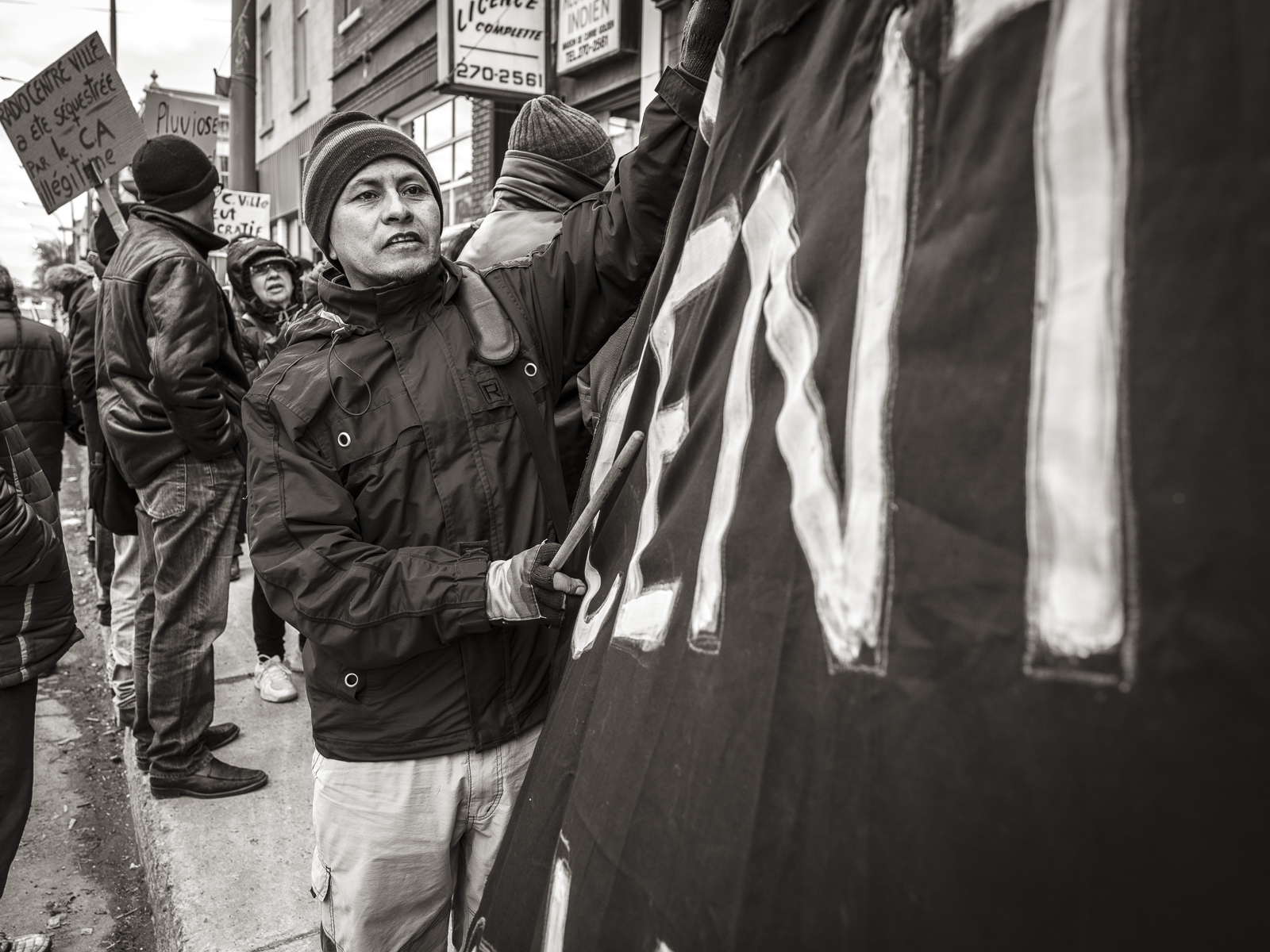 Carmelo entered Canada from Mexico as a political refugee in October of 2008. His request for refugee status was rejected in 2013 and he was placed on the deportation list. He was arrested in 2016 for being in Canada illegally and spend 5 days in an immigrant detention center despite having previously applied for residency on Humanitarian grounds. His request for residency was granted 10 days after being released from the detention center. Since arriving in Canada, Carmelo has volunteered for organizations that support workers’ rights such as the Immigrant Workers Centre and Mexicans United for Regularization. 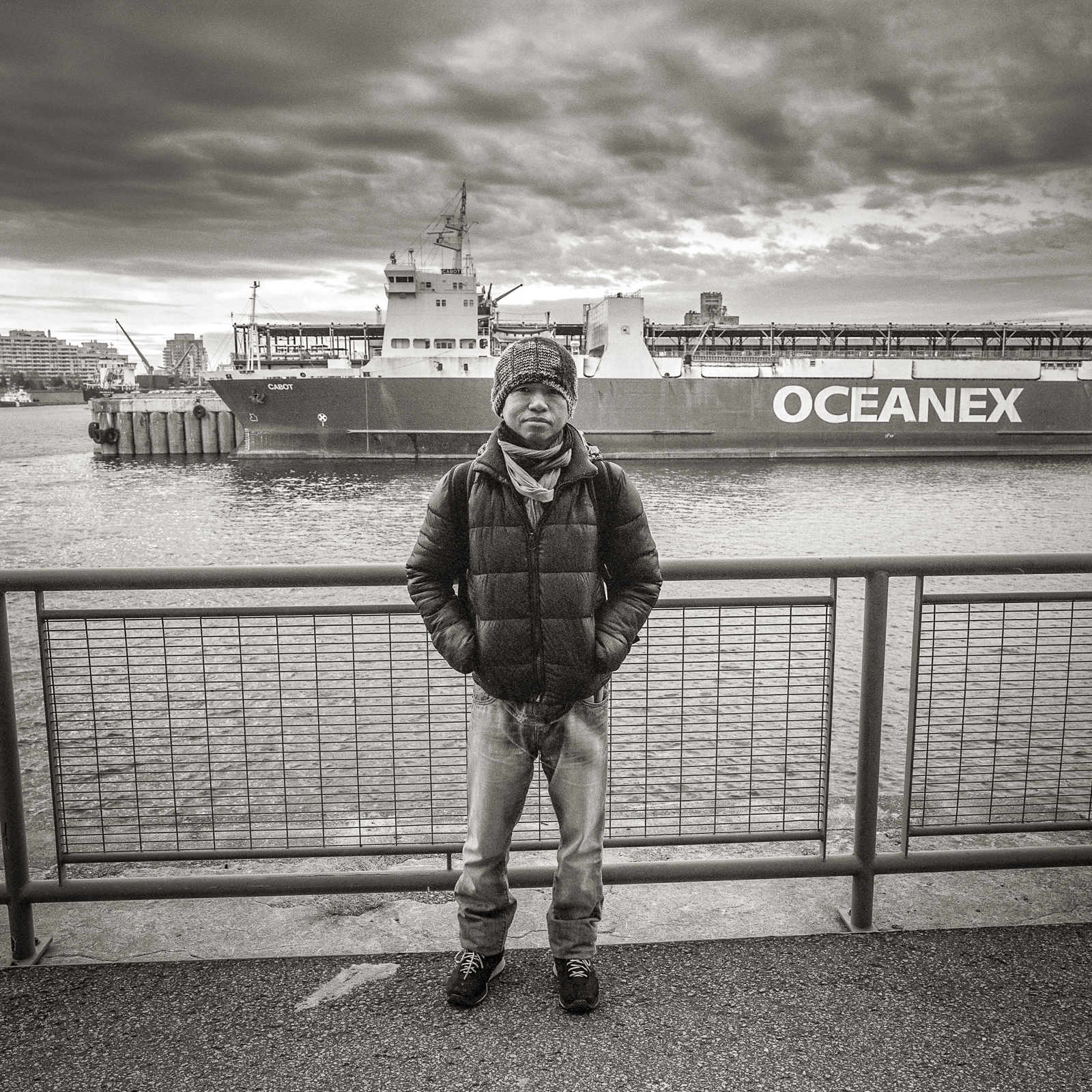 Niel is a worker from Indonesia recruited by a private Canadian company in 2009. After a year of working in Canada, it became clear to Niel that the recruiter had misrepresented the opportunities that would be available to him. He requested, and was granted in 2014, refugee status in Canada. Despite this, he has struggled to find stable long-term work and to be granted the rights and privileges of other Canadian citizens. He works with local and international organizations promoting the rights of migrant workers.