Carolina Arantes is a Brazilian photographer based in  France, working internationally mainly between Europe and South America.

As a storyteller, she develops long-term documentary works based on themes that aim at making us think about crucial topics of our contemporaneity: gender, identity and environment. She is particularly interested in the consequences of the colonial heritage on our globalised world and seeks to understand the structures of these heritages, which still underlie our social identities and economy.

Carolina received the Jean-Luc Lagardère Scholarship in 2015, the Firecracker for Female Photographers in 2017 and recently obtained the National Geographic Explorer (2020). She is part of the international group Women Photograph and is co-founder of the collective Brazilian Afro-LGBTQI + cultural platform, FERVO2K20. 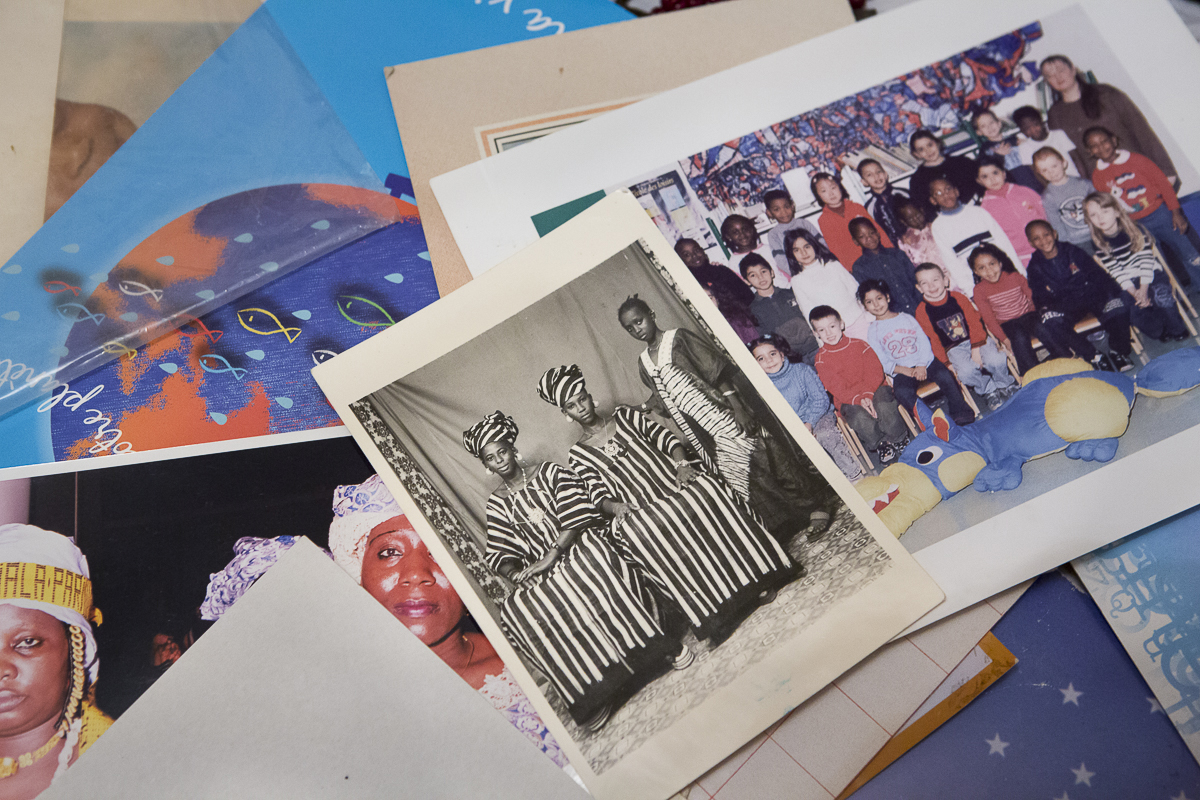 SB. Your book, First Generation, focuses on French women of African descent born or raised in France after 1976 from immigrant parents. What happened in 1976 and why did you title the work First Generation?

CA. Hi Svetlana. Nineteen seventy-six marks the year of the « Loi du Regroupement Familial » in France. This law is a social and family planning program the French Government enacted during the Chirac presidency that allowed the family of African immigrants to join them in France.

The largest part of this reunification law concerned women and children, as the immigrants were almost all men who came to France after Independence in Western African countries to work and build the main infrastructure in the country. Roads, water systems, electrical systems, demanded workers and they were practically built by African men. After more than ten years these men were installed in france and the French government allowed them to bring their families. The children born from this moment on are the first African French citizens following this immigration history in France. 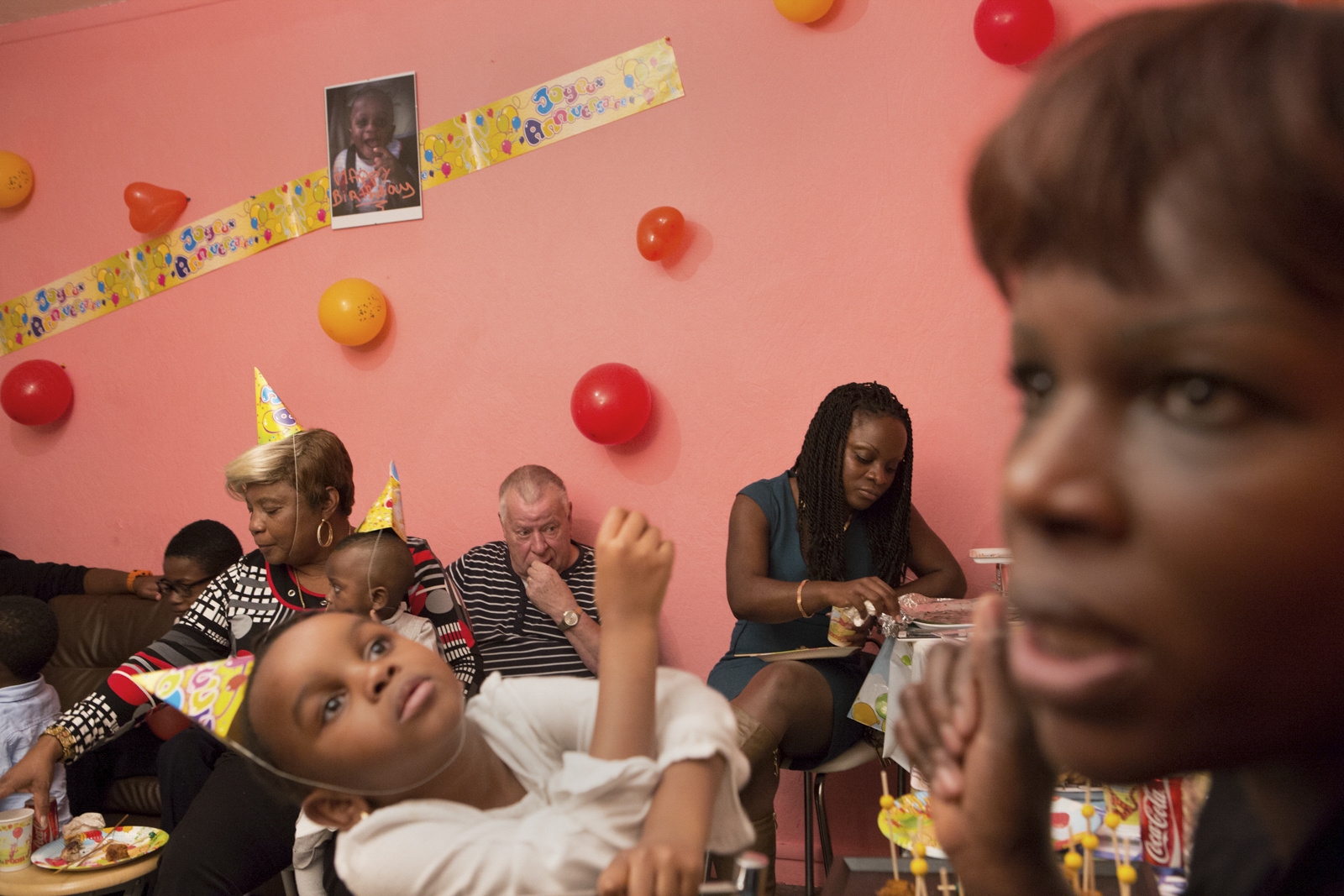 SB. The women you followed for the past few years live in France with roots still in Congo, Cameroun, Senegal, Mali, Ivory Coast, Togo, and Mauritania. What is the post immigration reality they are experiencing?

CA. Back to 2015, when I started the story, the black french men had already consolidated their representation somehow in French culture, by the cinema, by HipHop, by social movements in the suburbs. So I wondered what about the French and African women of the First Generation. French women have always been a model of femininity in the world. It is interesting to see how diversity is being represented and how this can reverberate on female imagery and ideals all over the world. This is quite something!

But, unfortunately, for the moment, French women of African ascendency have to build their identities on daily basis. They are asked, “where do you come from?” every day, in the bakery, in the post office. They are being held back on being included as a natural part of French society.

And if they go to visit family in African countries, they are seen as cosmopolitan women, occidentalized. Which is quite natural! But this questioning brings feelings of confusion and a sensation of not belonging to France. It is a melancholic feeling  to prove you belong somewhere or to need to forge your place in the country where you were born.

On the other hand, these women draw a lot of resilience and strength from their traditions and histories. This makes these women go forward to find solutions and establish their bi cultural identities. 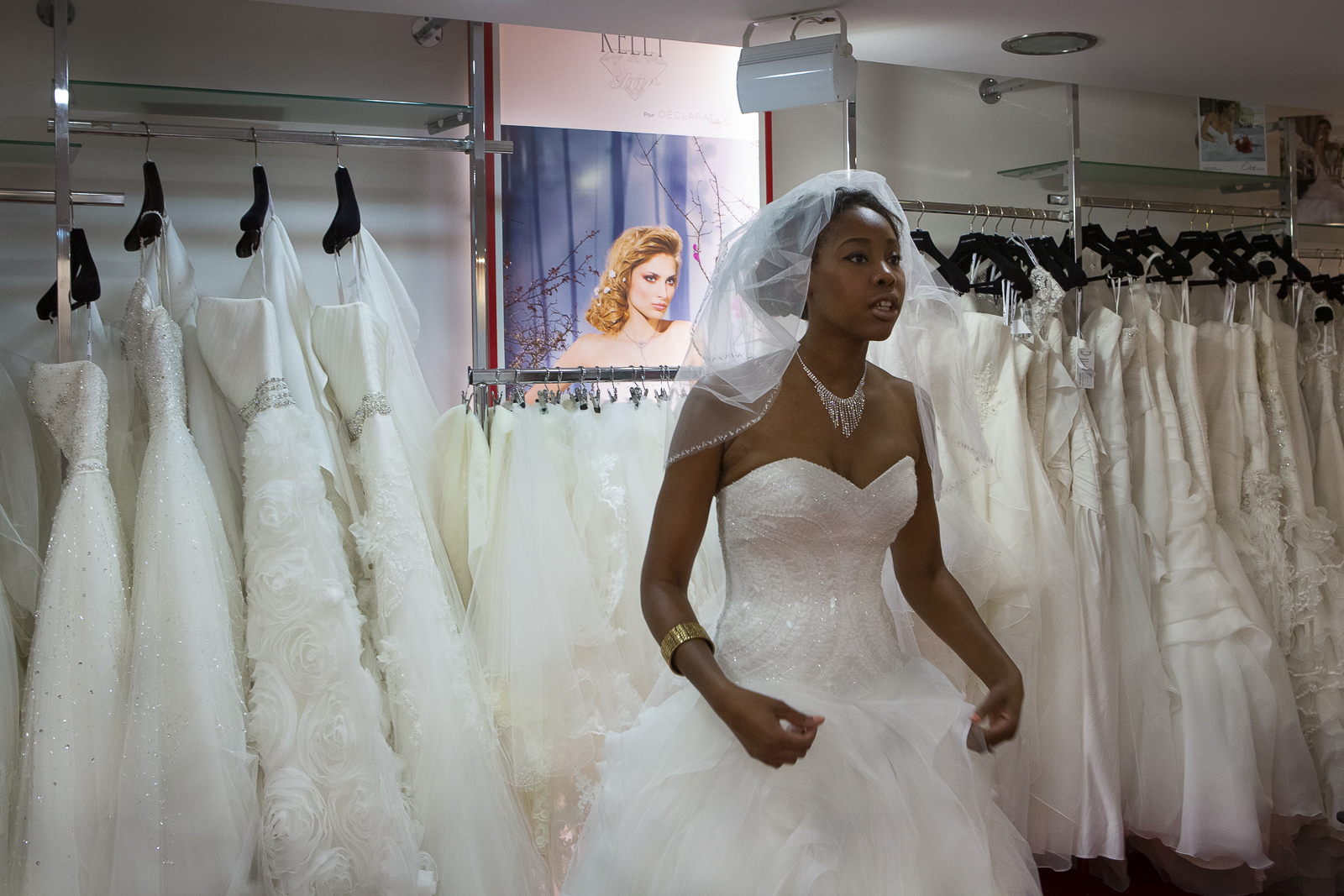 SB. You are Brazilian born, residing in France white photographer. Why have they trusted you to tell their stories? Was your own experience as an immigrant helpful to connect with your subjects?

CA. This is an important issue and we are now in middle of relevant discussions about who can talk about who and what.

I was accepted by these women and they have given me all trust for two main reasons: for being very professional and ethical, for listening, learning and knowing the limits, as a white woman, of how I can talk about this issue; and second, for being a Latin Brazilian woman, who has frequented African religious events in Brazil since very early, who knows and recognizes the deep influence of African culture in the identity of  my country, and the deep democratic problem we have for not solving the debt with slavery in Brazil. I’m from a decolonized country. My point of view is from the south. I believe they would not trust me in the same way if I was French.

Knowing I cannot express the racial questions by myself, I lead the project to mutual feelings I can share with them. And the feeling of not belonging to a place has always followed my personal life. My parents have moved many times, my family has a lot of diversity. I am, myself, an immigrant looking for a place I can call home.

But, back to the place of speech, I believe we cannot escape from questioning who is talking about minority, racial, and indigenous issues. It is urgent for us to think about it in the media and storytelling. And to give space to respect these peoples’ experiences. I don’t believe I’m talking for these women with First Generation, in their place. I believe I’m contributing for people to hear their voices. I’m just following them in parallel. That’s why this documentary work is including archives and interviews, including their own voices and experiences as a document, a core part of the body of the work. 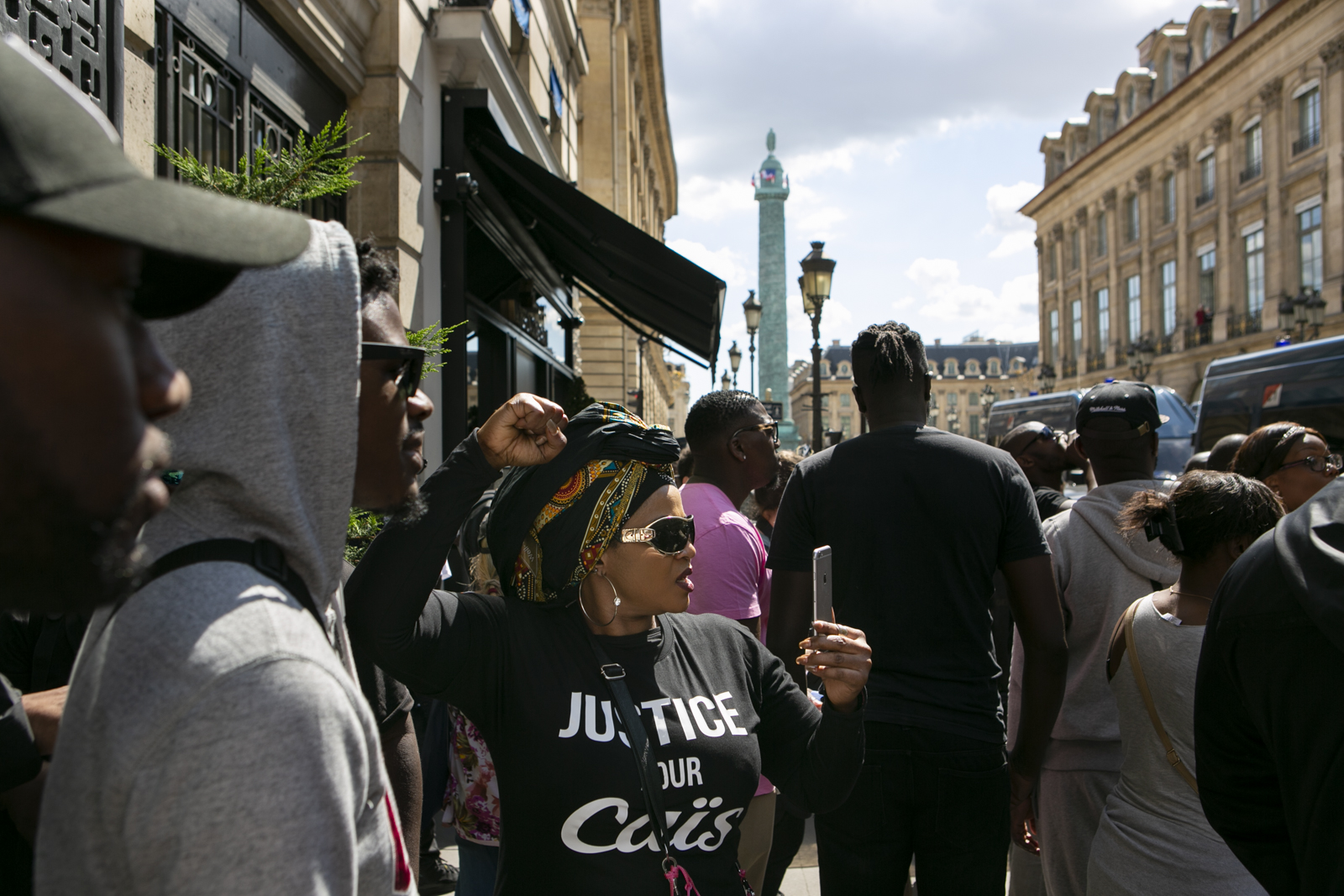 SB. Why it is so important to start a conversation about the first generation of French Africans? Is First Generation a positive story of a dream come true or a story of racial discrimination and nationalism?

CA. This is definitely not a tale where African women dream to be French.

This is a French story, based in France and talking about France. These women are already French. In this sense this is a story about discrimination and historical revision. I’m not inventing the historical revision. People migrate and history turns. Now people are questioning what was the colonial moment and if there is a post-colonial moment. That’s what is happening in the world today.

I started this work in 2015. I follow the growing questioning about these issues and, from the Brazilian point of view, we need absolutely to review slavery and African exploration. Otherwise favelas will exists for ever, without acceptance as Afro-Brazilian citizens.

In France, these questions are very important as well. Although France did not import slaves into Europe, the link between France and West African countries is very intimate. Why not assume it from this side of Mediterranean as well?

We cannot answer these complex questions, but we need to raise these questions: including thinking about race. Who are we as white people? It is very important to rethink whiteness too for the deconstruction of inequality. 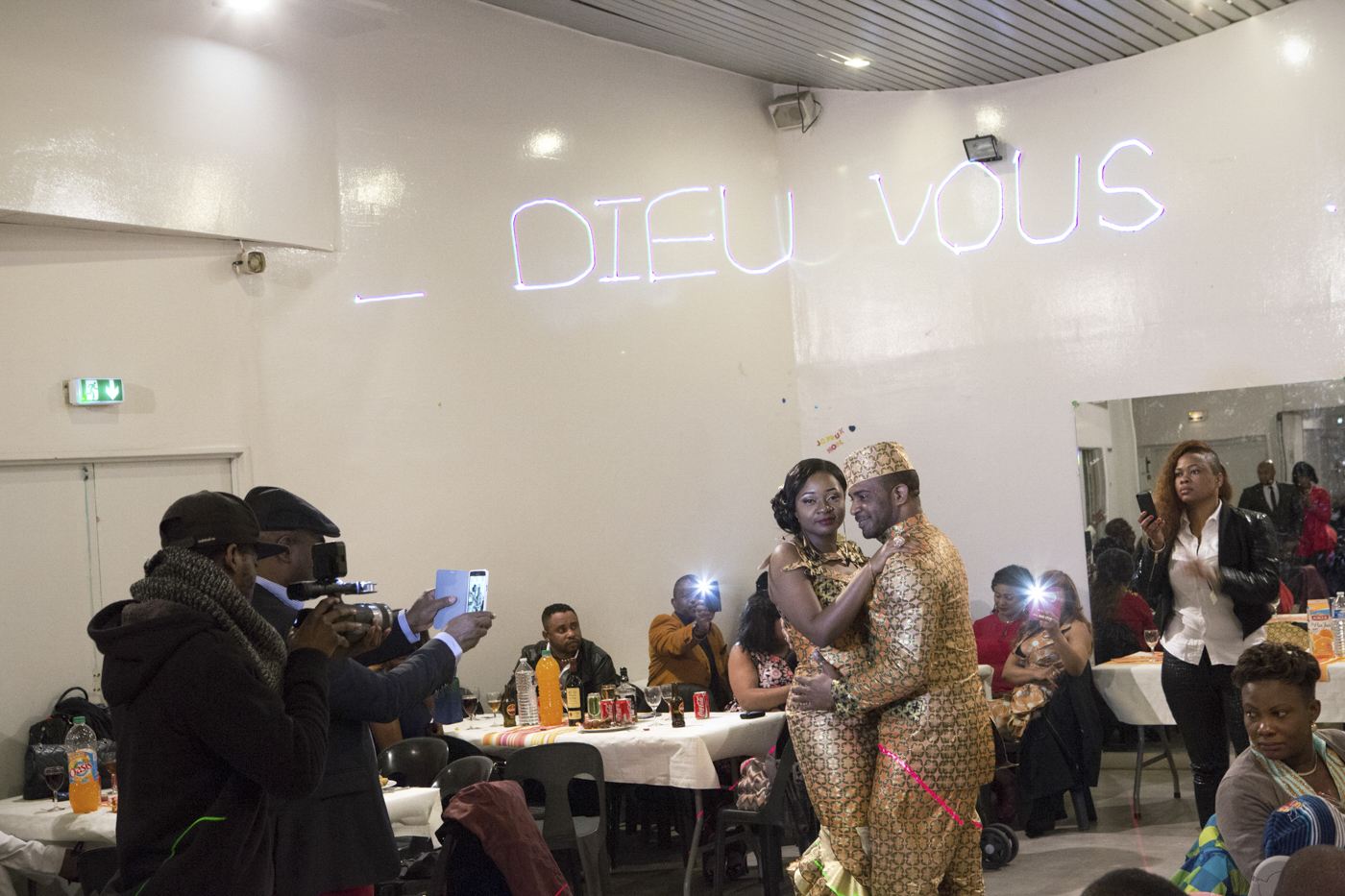 SB. The photo editor of the book is Azu Nwagbodu, a Nigerian art historian and curator. Designer Fernanda Fajardo. How do you plan to mix the African and French culture in the book to make it accessible for both communites?

CA. Thank you for asking this! I believe this work is not only designed for African decendants. I really would love this work to speak to French and white Europeans. I believe these are the people who needs to open their ears to empathize and listen without prejudice.

Of course, the work needs to talk for the women concerned and to their families, to represent their feelings and experiences. It intended to contribute to legitimatizing their place in France, to join the conversation about representation and womanhood, about women models, about inclusion.

The book aims to be a window, for outsiders, to dispel fantasies and to listen, to reflect, to humanize the post immigration reality, without fear of losing their identities. Somehow, we are all losing identities in this globalized world. Aren’t we?

SUPPORT THE PRODUCTION OF FIRST GENERATION AND RESERVE YOUR COPY ON REDUCED PRICE.